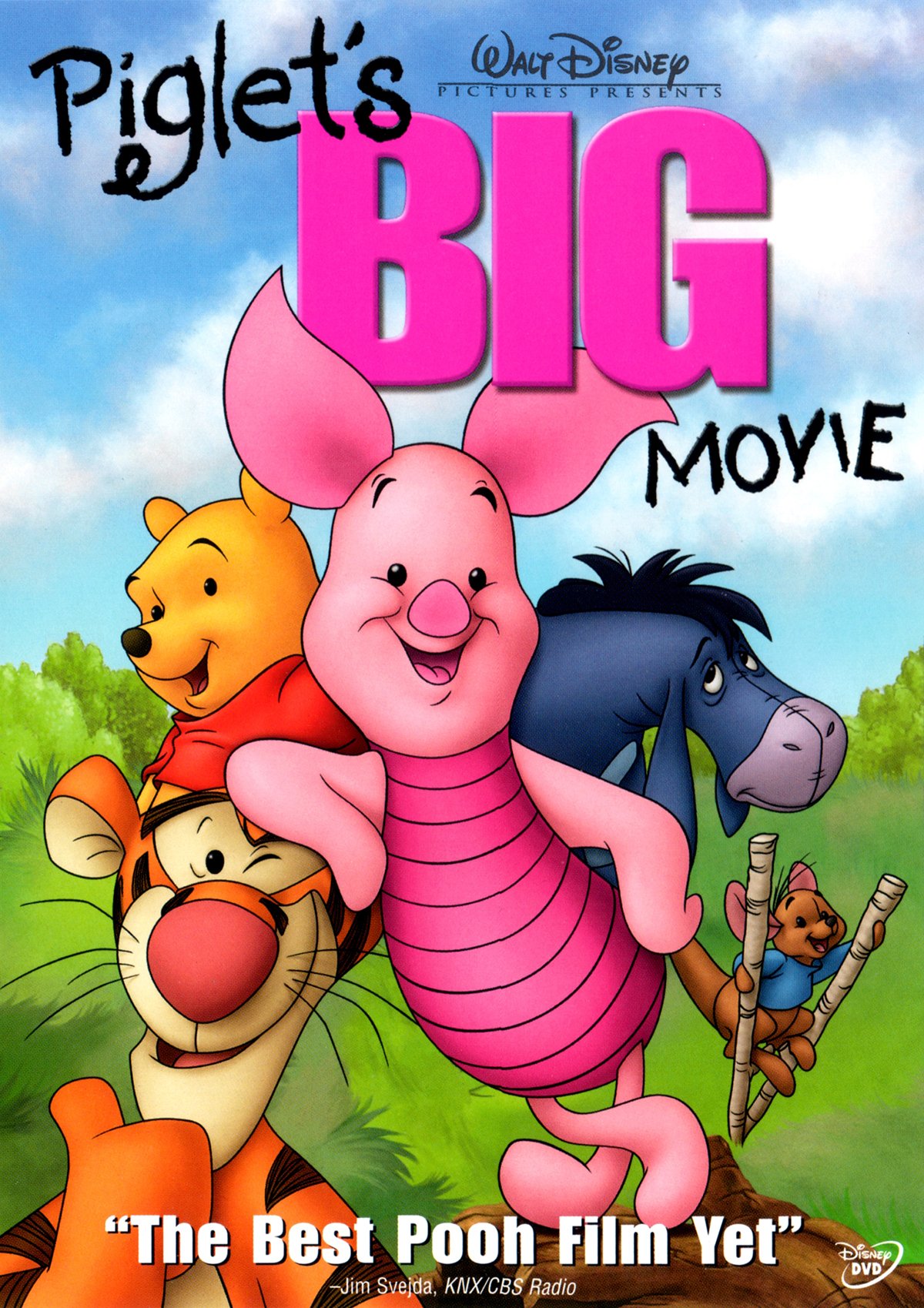 Their titles alone promise a complete and utter lack of originality but The Tigger Movie and now Piglet’s Big Movie, while nowhere near as captivating as ABC’s “The New Adventures of Winnie the Pooh,” are pleasant enough family diversions. Soon after Tigger accepts the inhabitants of the 100 Acres Woods as his extended family, Piglet finds himself the target of his friends’ anti-small bias. Rabbit, Eeyore, Tigger and Winnie the Pooh ignore Piglet when they attempt to steal honey from a beehive. When Piglet seemingly runs away from home, his friends try to find him with the aide of a picture album documenting their fondest memories. Writer Brian Hohlfeld slyly emphasizes the young pig’s predicament when Pooh stares at a picture of the group and mutters while pointing at Piglet, “What’s that tiny pink dot?” Much of the film’s drama emanates from a series of unusually long flashback sequences, though their length is ultimately less problematic than the bizarre nature of a tale which traces Rabbit’s prejudice against Kanga and Roo when they first arrived at the 100 Acres Woods. Perturbed no doubt by the kangaroo mother’s size and color, Rabbit plots to kidnap her son for unexplained reasons. While Rabbit succumbs to Roo’s lively disposition, Kanga forces a screaming Piglet to take a bath. Forget the troubling subtext, young kids are unlikely to be bothered by any of this. At times, the film proves tiresome and lazy (indeed, it’s never really explained where Piglet goes and how he manages to miraculously re-enter the picture) but the filmmakers lovingly evoke how memories can reunite us with those that we have lost.

Pooh films always look better on the small screen than they do in theaters. This Buena Vista Home Entertainment DVD edition of Piglet’s Big Movie truly does evoke the handsome old-fashioned aesthetic of older Pooh cartoons. With the exception of some minor edge enhancement, this is a surprisingly startling transfer; the agreeably flat backgrounds are often in sharp contrast to the bright splashes of color (notice the honey that Pooh and his friends fall into early in the film). The Dolby Digital 5.1 surround track is equally intimate if not exactly complex. Dialogue is crisp and the film’s songs are also crystal clear.

A female voice will coddle your youngsters through a series of simple yet charming supplemental features: “Piglet’s Book of Memories” is a lovely game of hide-and-seek where your young-in will have to find missing pages from Piglet’s photo album; rediscover Piglet’s famous words of wisdom in “The World According to Piglet”; and sing along with the film’s songs by turning on the “Sing With the Movie” function. Also available here are Sneak Peeks for Winnie the Pooh: Springtime with Roo, The Lion King: Special Edition, Brother Bear, Stitch the Movie, Sleeping Beauty and Disney’s Sing Along Songs.

The folks at Disney know their target audience all too well. Moms and dads can take a break and let the disc’s interactive “mother” guide kids through the film’s not-too-difficult supplemental features.

Review: The Beta Test Is a Livewire Thriller-Slash-Parable About Rechanneled Desire

Review: Space Jam: A New Legacy Is a Suffocating Parade of Intellectual Property