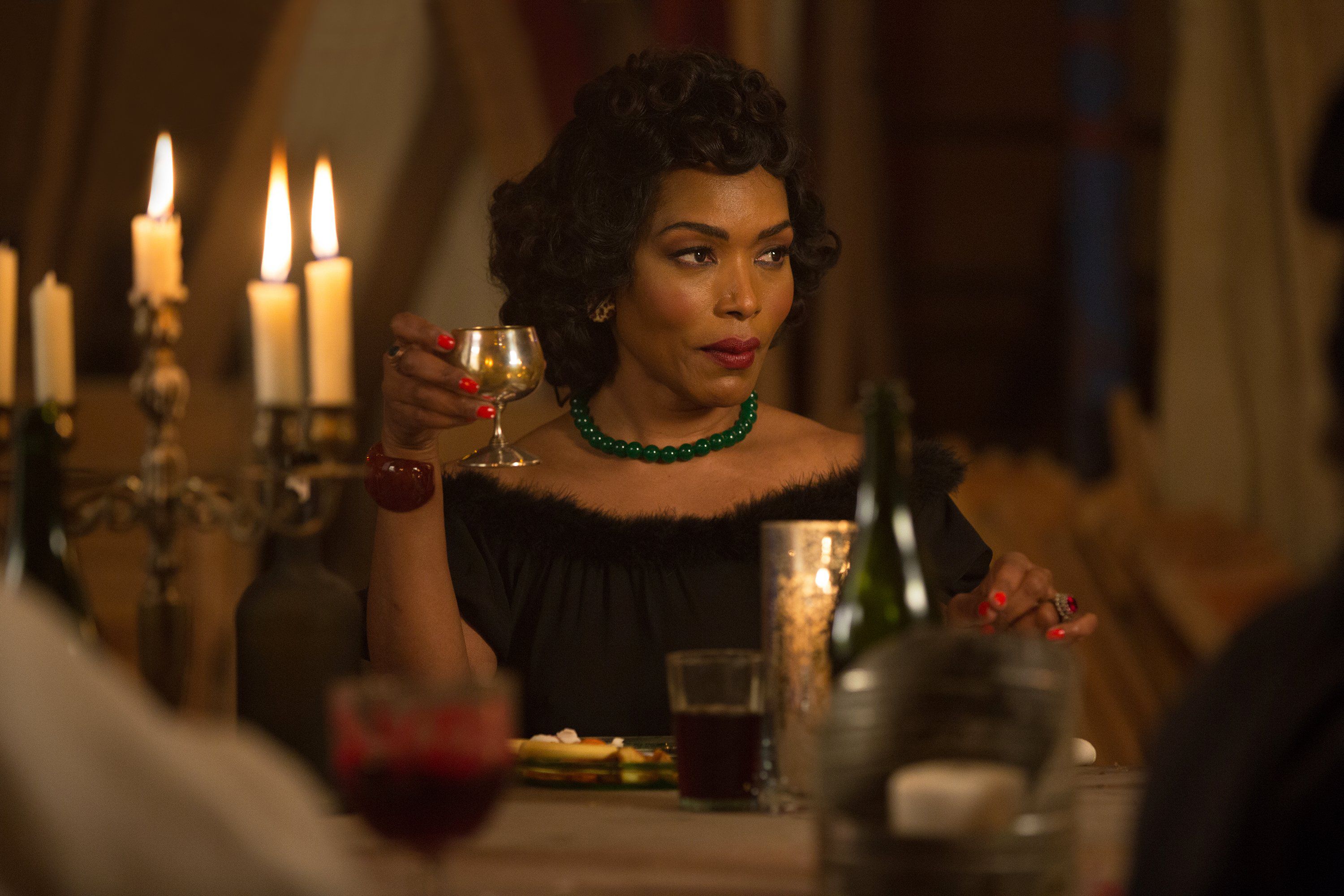 Now all but certain to go down in the record books as the weakest season of American Horror Story so far, Freak Show helps to confirm an unofficial rule about the series at large: The more a season actively utilizes its chosen setting, the better it is. Asylum explicitly, cannily exploited the fears we have of a mental institution, positioning it as a convincing, disturbing barometer for social ills. Murder House played with most of the haunted-house-movie tropes, adding a dash of kink to a genre that, as of late, too often resists it. Coven, the first really uneven season, appeared to be driven by clichés that are more routinely associated with superheroes (particularly the X-Men) than witches. And Freak Show, apart from the occasional ghoulish flourish, really needn’t be set at the titular grounds at all, as much of its conflicts, such as they are, derive from isolated betrayals and killings that are often accompanied by the obligatory speech about freaks’ rights. A freak show is a potentially great setting for a horror series, but it’s hardly mattered here, as we’ve rarely seen a performance of the show, and backstage shenanigans are essentially nonexistent.

This penultimate episode, “Show Stoppers,” surprisingly addresses these issues, actively confronting the mythology of a freak show, and it often suggests what Freak Show might’ve been allowed to become if we’d gotten to this point three months sooner. The imagery, which has largely grown repetitive since the high-water mark of “Edward Mordrake (Part 1),” is striking and disturbing once again. Chester’s (Neil Patrick Harris) doll, Marjorie (Jamie Brewer), for instance, is often disconcertingly shown to resemble Brewer at the actress’s actual size, dressed up, her face partially obscured by harsh white lighting that serves to convey the idea that Chester can’t quite commit himself to believe that Marjorie is real. A little bit of him, somewhere deep down, fights it, understanding that he’s the real master, and thus the guy who really killed his wife, her lover, and now, in another upsetting bit of business, Maggie, a.k.a. Esmerelda (Emma Roberts).

Maggie’s murder, and Chester’s projected killing of Marjorie, are bathed in bright reds that are reminiscent of the colors of the freak show’s tent, and they also foster an association of wild, nearly Argento-esque obscenity. Penetration, of knives, of saws, is emphasized in a sexual manner that echoes the frustration that initially drove Chester to these extremes, and this penetration is affirmed further by the blood that’s shown to erupt out of both Maggie and Marjorie’s mouths. And Chester, while he perpetrates these acts, looks positively satanic in white makeup, which emphasizes his flop-sweat-infused insanity, and a shiny suit that charges the image with even more hues of blood red. (These scenes have a hyperbolic sense of close, hemmed-in violation that also brings to mind Rob Zombie’s films.)

These murders pivotally take into consideration the subterranean thoughts we entertain of carnivals and freak shows; they aren’t the impersonally rendered shootings or knifings that the series usually favors for a quick jump effect. Maggie is sawed in half when Chester handcuffs her feet, prohibiting her from curling up into one side of the traditional trick box (another inventive, chilling touch), and who hasn’t wondered, particularly as a child, what might happen if that trick were to go horribly wrong? That’s precisely the “what if” the act is intended to provoke to begin with. And Marjorie is a ventriloquist’s doll, and while one doesn’t necessarily associate those with a freak show, it fits, both visually and subconsciously, in with the other assorted tarnished, heartbroken novelty acts.

“Show Stoppers,” which lives up to its name more often than not, also benefits from an elaborate and inevitable homage to Tod Browning’s Freaks. The film informs the fashion with which Elsa (Jessica Lange) and the gang chose to square things with Stanley (Denis O’Hare), as they chase him around the camp before corning him under one of the trailers in a manner similar to the climax of the horror classic. The direct quotations of the film are competently staged, but the Browning film is more effectively evoked in the creepy and resonant blocking of the freaks throughout the episode. For once, we’re able to see this freak show as a community, rather than as a collection of isolated players alternately selected for tag-team set pieces, and this community is framed in shadows that emphasize them unapologetically as others who’re uniting in an escalating sense of fury. That last sentiment ultimately reveals why “Show Stoppers” is so much more potent than most episodes of Freak Show: It finds the cast and crew discarding the humanist pretense that has often larded the series so as to admit, straightforwardly, that this premise is occupied with the very titillation it pretends to lament.