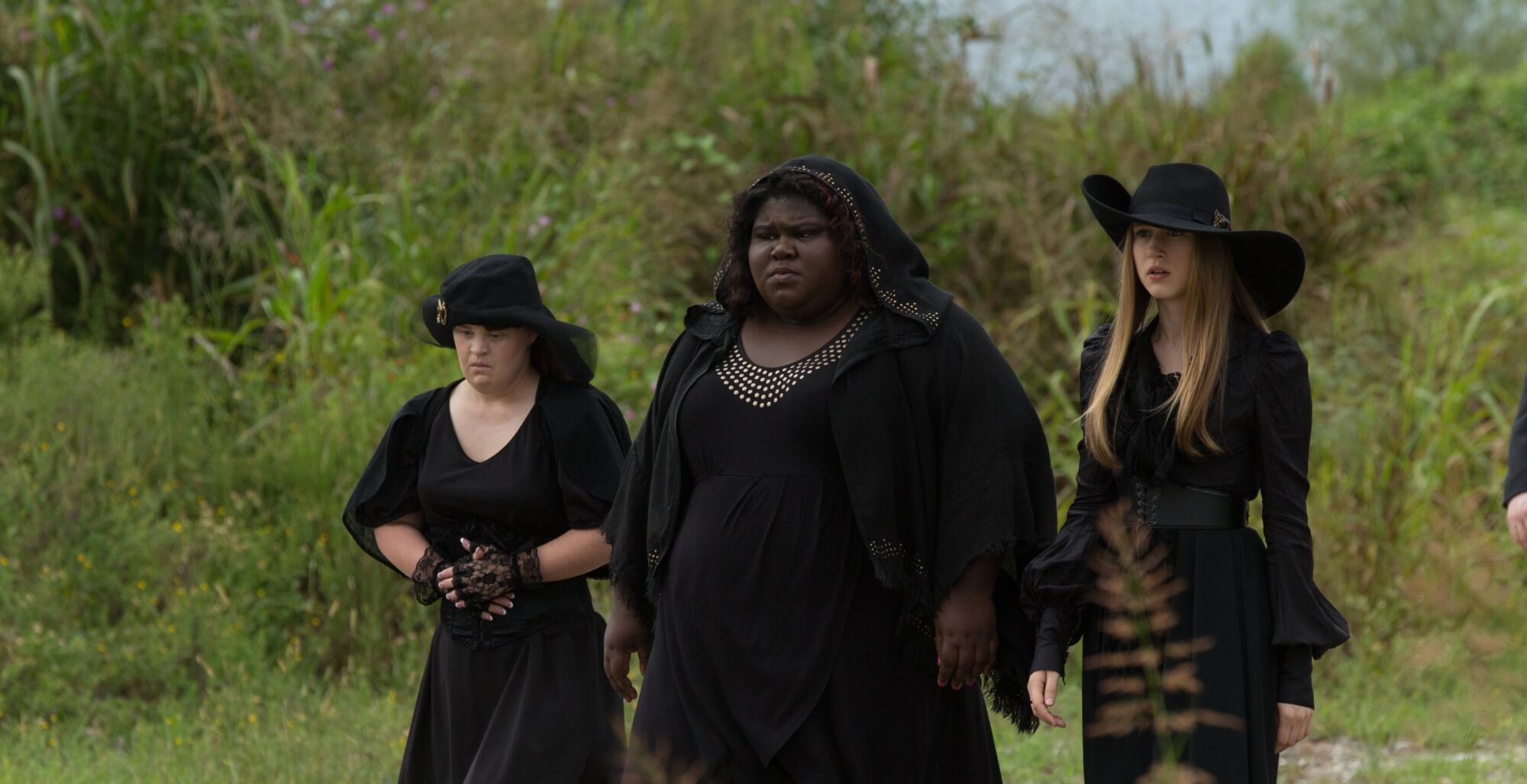 American Horror Story has always been a series about women trying to overcome enormous obstacles, and Jessica Lange has been a looming presence throughout, often playing the characters with the most knowledge of an inherent threat—and the ones with the most to lose. In the first season, Murder House, Lange played the Harmon family’s next-door neighbor, who happened to have a distinct investment in the horrific past of the clan’s new digs, and ultimately ended up being the caretaker of the possible Antichrist. In Asylum, she was the dutiful yet troubled nun who uncovered the truth about the atrocities committed at the Briarcliff Mental Institution and took on a male-dominated administration which grew more sinister with each new discovery. The latest installment in the series, Coven, is even more explicitly focused on the plight of women in a world rife with supernatural occurrences. Lange plays Fiona Goode, the Supreme—otherwise known as the most powerful witch of her generation—who steps in as a teacher at her daughter Cordelia’s (Sarah Paulson) witchcraft academy to prepare a group of four young students for the coming struggle against…something.

Fiona warns that a storm is coming, and indeed clouds gather on the horizon in the form of witch hunters who’ve recently burned a local girl at the stake under suspicion of necromancy. Interestingly, Fiona also cautions about the dangers of social media: Twitter and Facebook are frequently name-dropped as having forced witches out of the shadows due to the newly public nature of found images and the rapid speed by which they can be disseminated. So now they have to try desperately to not let their dark arts go viral, as the world’s witch population is dwindling already, due to families having voluntarily allowed their accursed bloodlines to be extinguished.

Coven, then, is a story of survival, a theme made all the more potent by Fiona’s fervent struggle to stay young. In one campy scene, she literally sucks the life out of a young doctor who fails to provide her with a magical youth serum, the research of which she’s apparently been funding, and she eventually drops his old, wrinkled body to the floor as she basks in a temporary afterglow. But she’s looking for a more permanent solution, and when she exhumes a long-buried witch, Madame Delphine LaLaurie (Kathy Bates), who we’ve already seen in flashbacks enacting cruel and unusual rituals on slaves in 1830s New Orleans, it seems Fiona is closer than ever to learning the real secret of eternal youth—and she’s also recruited a new soldier to fight in her upcoming war.

Each of the student witches—played gamely by Emma Roberts, Gabourey Sidibe, and, from Murder House, Jamie Brewer and Taissa Farmiga—have overcome unique challenges and survived long enough to find their way to Miss Robichaux’s Academy, but while they’re already in possession of powers beyond their wildest dreams, what they don’t know is how to keep control over their own formidable abilities. When two of them sneak out at night to hit up a frat party, filmed decadently by Alfonso Gomez-Rejon with fisheye lenses and a trippy color scheme, one girl is drugged and gang-raped, and, being telekinetic, retaliates in the most dramatic of ways. She knows how to express her rage, but she couldn’t keep the attack from happening in the first place. Girls, then, need to stick together and show strength in numbers, as Fiona keeps telling us. The rage of women is always just below the surface of Coven, and one gets a sense here that it won’t stay buried for long.

The series, too, needs to master the art of control, balancing its trademark horror and camp while also continuing to tell complex stories about the very real struggles people face in the world. In its earlier iterations, audiences have already met families trying to stay together against all odds, innocent people suffering under corrupt systems of authority; now, in Coven, viewers encounter a group of women struggling to remain relevant in a changing world, facing threats which likely haven’t even yet fully revealed themselves. But the stakes here are less primal, the horror less haunting. Only the camp—demonstrated aptly in a scene in which one character literally fucks someone to death—hits at expected levels. But American Horror Story has always been a series that loves its characters and still isn’t afraid to put them through hell, and it seems like there are more layers down there than expected.

Rapid transitions, however, dull the effect of some of Coven’s more affecting scenes, and each moment of genuine horror turns out to be a trick, such as when Zoe (Farmiga) is stalked upon her arrival at the Academy by masked figures darting around in the shadows and threatening to offer her as a sacrifice, only to reveal themselves at the last moment to be her new peers simply enacting a hazing ritual. It’s unclear at this early stage if Coven is a plain Jane donning a snazzy mask or a true hellion waiting for the perfect time to strike. The success of the series will ultimately depend on its ability to balance all its disparate threads and form something as affecting, unnerving, and unforgettable as its previous incarnations. Either way, we still have Lange. And as Fiona tells her daughter, who’s more than a little bit skeptical of Mom’s plans for the future of the Academy: “I’m here. I’m staying. So why don’t we make the best of it?”