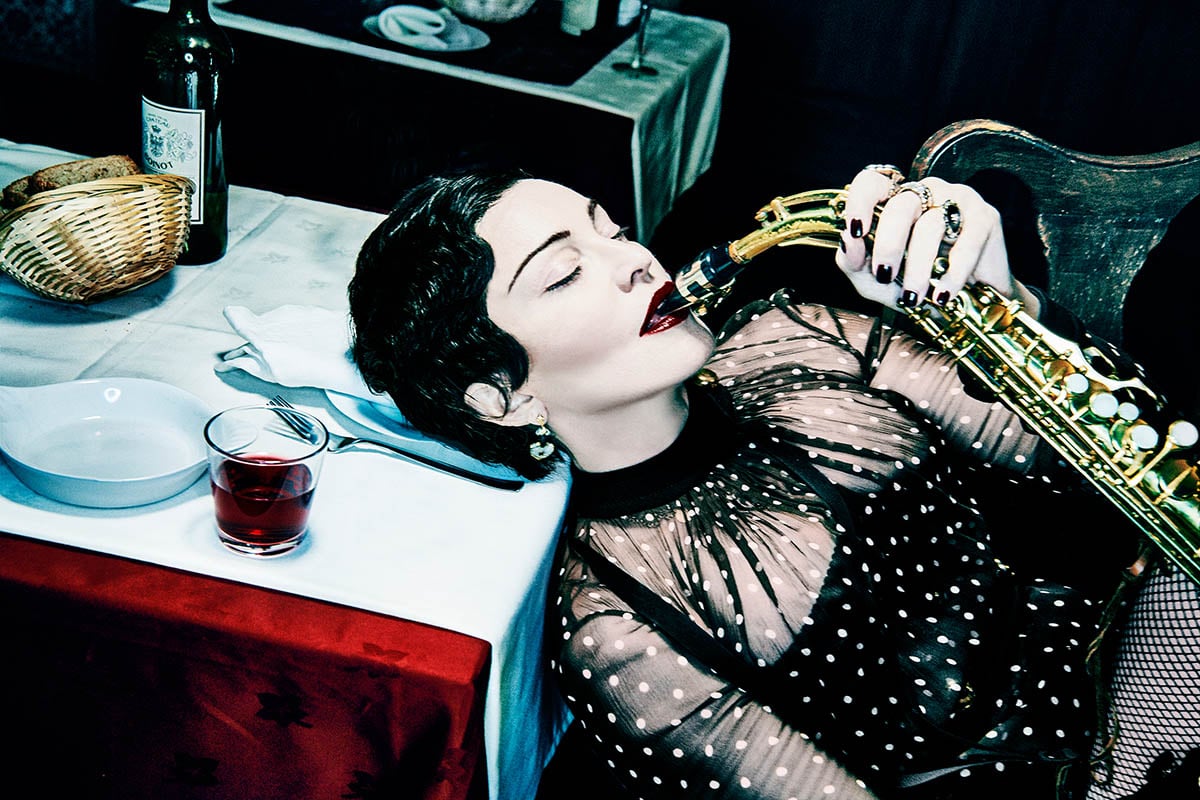 Certain discrete corners of the internet lost their collective minds earlier this month when Madonna’s Instagram page, alternately littered with posts featuring the singer’s adopted twin daughters or snapshots of her recent photo and video shoots, was taken over by nine indivudal images comprising a large red “X.” The typically prolific celebrity ‘grammer remained relatively quiet over the next two weeks, intermittently posting images of the letter X in her stories, and slowly revealing the manifesto for Madame X, her first album in four years:

The album’s lead single, which could be out as soon as this week, is rumored to be a duet with Colombian reggaeton singer Maluma, but details are scarce. The secretiveness surrounding the project isn’t surprising given that Madonna has been the victim of rampant leaks since at least the turn of the century. The studio recordings for her last album, 2015’s Rebel Heart, leaked like a sieve, resulting in the arrest of an Israeli hacker.

This time out, the queen of pop has successfully kept things under wraps, but it seems that Madame X—a character perhaps inspired by the 1966 film of the same name starring Lana Turner—is ready for her close-up. Watch the teaser for the new album, directed by Steven Klein, below:

Madonna will reportedly perform new material from Madame X at the Eurovision Song Contest on May 14.

Review: Craig Finn’s I Need a New War Soars When It Rises Above the Mire