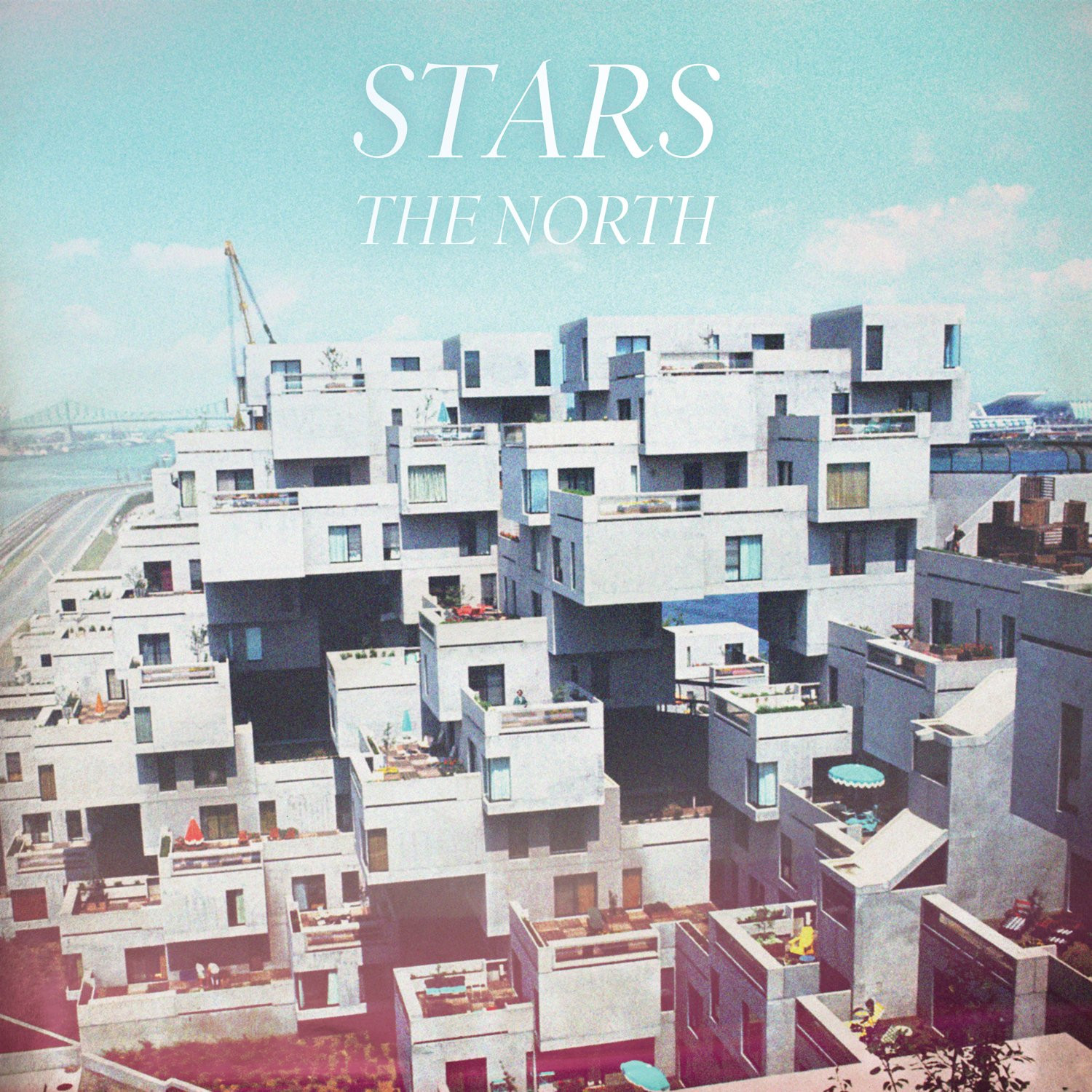 Stars have always thrived on thin, if sweetly delivered, song conceits, with leadman Torquil Campbell often doing his best to channel Postal Service-era Ben Gibbard on tracks with such cloying, clunky titles as “Hold on When You Get Love and Let Go When You Give It” and “I Died So I Could Haunt You.” The Canadian dream-pop outfit makes absolutely no apologies for their oversized romanticism, however, proudly wearing their sugarcoated hearts on their sleeves, the interplay between Campbell and vocalist/guitarist Amy Millan suggesting a kind of breathless, theatrical teenage dialogue.

Now with six albums under their belt, Stars have gone from simply embracing their drippy, sentimental music to full-on bear-hugging it. While their past few releases, particularly 2010’s The Five Ghosts, were increasingly robotic and weary, the band has reached a sappy saturation point with The North. Reflecting the faded, gradient-drenched design of the album’s cover, the opening track, “The Theory of Relativity,” is essentially the synth-pop equivalent of one of those retro-filtered Instagram photos fitted with a dewy-eyed aphorism, equally gushing and oblivious, though not without its simplistic charms. Like standout tracks “Lights Changing Colours” and “Backlines,” the song meets the requisite Stars checklist of purring sine waves, soft back-and-forth vocals between Campbell and Millan, and a brisk drum-pad preset.

The North’s ultimate undoing isn’t that it exudes so much schmaltziness, but that it sounds awkwardly and almost unconsciously dated, similar to the most recent offerings from indie-pop rockers Minus the Bear and Cold War Kids. Trapped in the aesthetic mold they perfected on 2004’s Set Yourself on Fire, Campbell and company are reflexively churning out material that’s strikingly similar to their past work, steadfast in their resistance to expanding or evolving their sound. While that stick-to-what’s-familiar tack might work for bands in a more forgiving genre, Stars’ vaporous, banal synth-pop allows no such luxury. Having long surpassed the expiration date for their clunky, twee-obsessed formula, the band remains ultimately beholden to their past, coming across less as their own entity than Broken Social Scene’s lovesick and less-accomplished younger siblings.