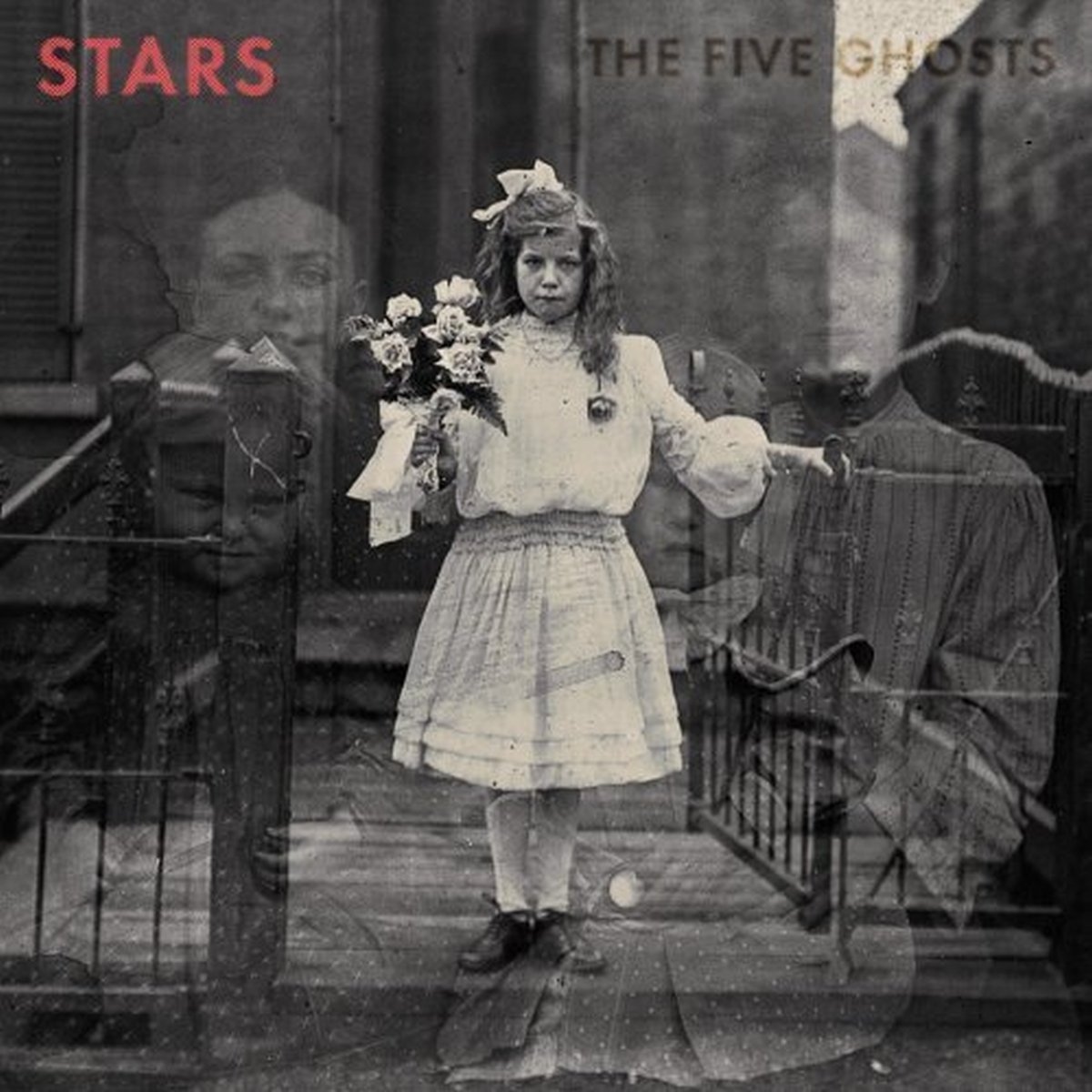 Canadian band Stars has rarely been shy about their wide-eyed embrace of sentimental indie pop, enthusiastically blending heart-on-sleeve lyricism with the appropriate amounts of ambient guitarwork, electronic percussion, and singsong melodies. “A K-Way jacket torn to shreds, and a dream inside our heads,” leadman Torquil Campbell sang with teenage bliss on 2004’s “Soft Revolution,” proving that the Canadian quintet would be perfectly suited for a Twilight movie soundtrack, if not for hovering in perpetual obscurity below the “indie mainstream”—as ironic as that term is.

The Broken Social Scene part-timers’ fifth studio album, The Five Ghosts, does little to deviate from the aforementioned formula, falling somewhere between the murky waters of M83’s current shoegaze-glazed pop and Billy Corgan’s overly tweaked The Future Embrace sound. Several tracks in particular (“The Last Song Ever Written,” “He Dreams He’s Awake,” the ridiculously titled “I Died So I Could Haunt You”) sound like the kind of stuff Anthony Gonzalez was churning out on 2005’s Before the Dawn Heals Us and 2008’s Saturdays=Youth, complete with a gorgeous miasma of droning, dreamy keyboards and tinny, perky drum machines. No lyric on The Five Ghosts is safe from a dreamy, pining whisper, and likewise, no instrumentation is safe from soft distortion.

The M83 analogy holds throughout: If Campbell is the brooding, musing Gonzalez, then Amy Millan is undeniably the Morgan Kibby, a breathy, sugary counterpart to Campbell’s resigning narrator. As with a majority of the album, the two share singing duties on “Dead Hearts,” going back and forth in such rigid measures as to evoke a scripted Broadway duet, all before the grand chorus bursts through in a predictable, fuzzy splendor. The formula works better elsewhere (see the perky, airy single “Fixed”), but like the adolescent musings that serve as its inspiration, The Five Ghosts is, at best, awkwardly sweet and, at worst, fumbling and tone-deaf.