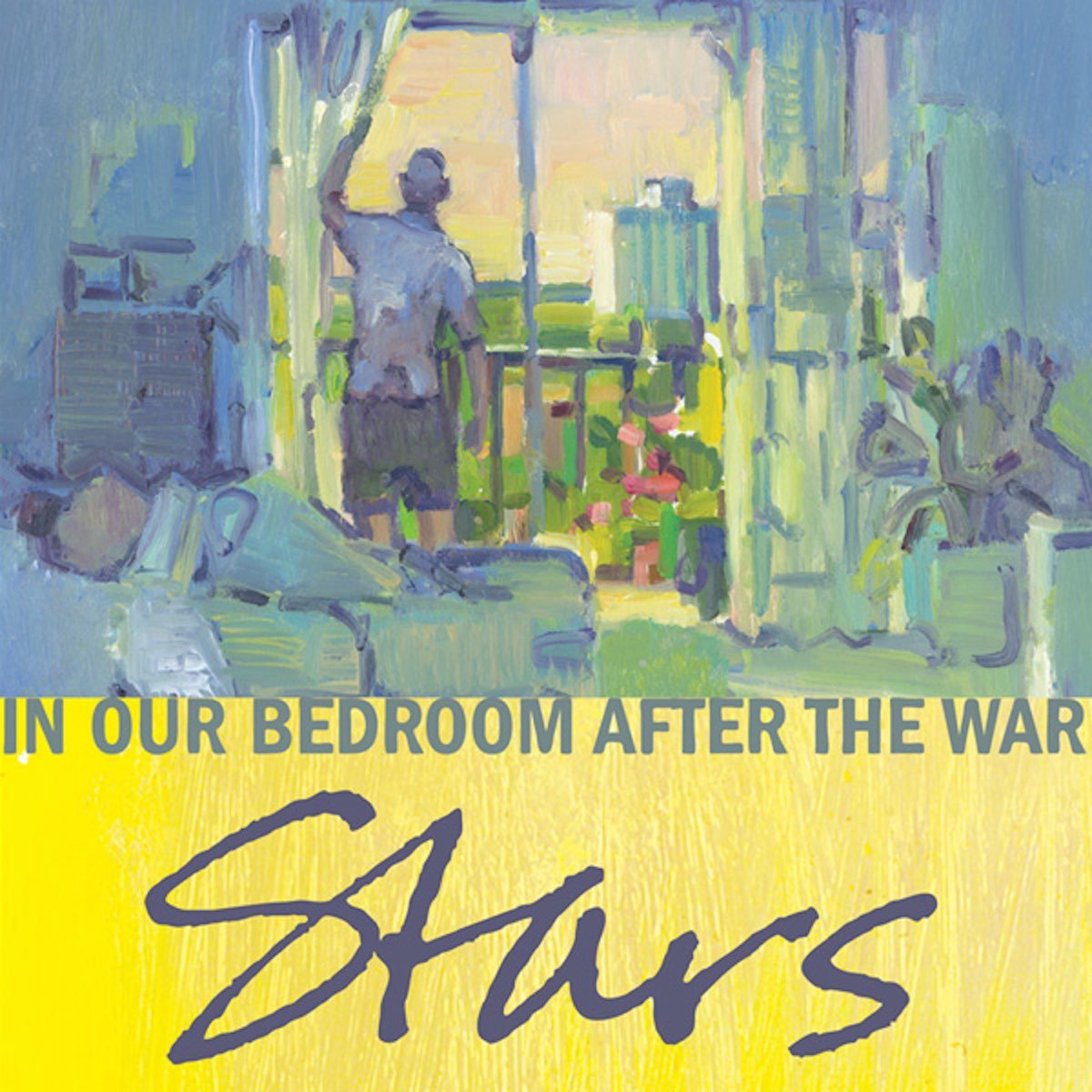 Canadian sextet Stars, led by the male-female pairing of Torquil Campbell and Amy Millan, relish in drama and turmoil. It’s what made their last album, 2005’s Set Yourself On Fire, such a dizzying sexual-political document of our war-torn times. As before, their new album blends both rock and synth-pop, and romance is played out against a backdrop of war, riots, and rallies; what matters on In Our Bedroom After the War is what happens in the bedroom, not what happened during the war—which may, in fact, be figurative. But despite an instrumental intro boasting a pulsing beat and a smattering of ’80s synths, tracks like “Take Me to the Riot” draw their influence from The Smiths rather than New Order. “Bitches in Tokyo” is like the anti-“Harajuku Girls”—the kind of playful, rousing rock track Gwen Stefani might have sung with No Doubt before she met Eve. And when a crisp strings-and-synths arrangement emerges during the bridge of “My Favourite Book,” it glimmers like a shiny penny. The song is total cruise-ship baroque-pop; you can almost feel the polyester between your thighs and the shag between your toes.

“The Night Starts Here” is the kind of boy-girl baton-song that’s become a signature for the band, with Campbell and Millan trading verses while we play analysts, and though this one is sufficiently cinematic and electro-psychedelic, it’s not quite “Your Ex-Lover is Dead.” On “Personal,” which features an arrangement worthy of much more than this silly personal-ad gimmick, he sounds like an online predator (or, worse, a chronic masturbator) while she sounds unattractive in her desperation and sullenness; in other words, it’s a match that’s doomed to fail and there’s nothing sad or moving about it when it does (the part of the song where he doesn’t show up to meet her is so trite that it must have been inspired by a cable rerun of You’ve Got Mail). Worse, though, is Campbell’s questionable vocal choices throughout the album: Despite impeccable production, he opts for an ill-advised falsetto chorus on “The Ghost of Genova Heights” and while there might be potential in experimenting with a quasi-show tune concept in long-form, “Barricade” is as treacly as a James Blunt song…almost.

Review: José González, In Our Nature