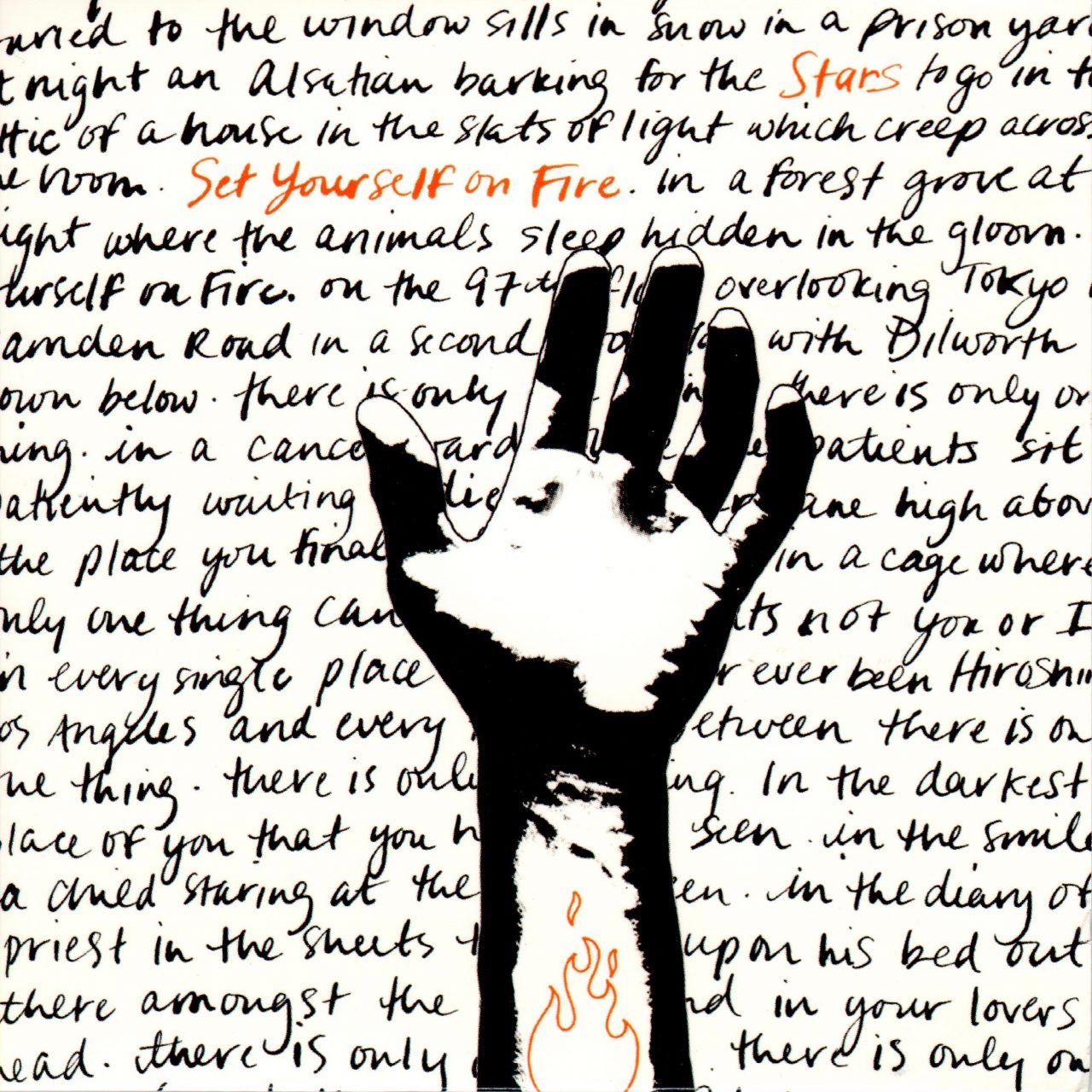 Good pop music, like good comedy, is seldom achieved and even more seldom rewarded, so it’s refreshing to see the arrival (and success, even if moderate) of indie-pop acts who aren’t afraid of the pop in their indie—among them The Postal Service, Annie, and the Canadian sextet known simply as Stars. Thanks to the split vocal duties of Torquil Campbell and Amy Millan, the Montreal-based band’s third full-length, Set Yourself On Fire, is filled with the kind of synth-happy call-and-response love/hate songs popularized by Human League’s 1982 hit “Don’t You Want Me” and revitalized by The Postal Service’s Give Up in 2003. The opening track “Your Ex-Lover Is Dead” finds two people introduced by a friend of a friend, only to find that they’ve already slept together. Whether it was a one-night stand or something much deeper is unclear (is Campbell being poetic or literal when he sings, “I was trying to remember your name”?), but there’s no denying the song’s climax, sung in unison by the wistful couple: “I’m not sorry I met you/I’m not sorry it’s over/I’m not sorry there’s nothing to save.” The story continues six songs later with “One More Night,” which opens with a swell of strings and horns before dropping out just as the first verse begins, Millan’s vocals paired with bare drums and bass as each instrument rejoins one at a time when she sings “Ruin it all/Then build it again.” Stars reportedly set out to make a sex record, albeit a sentimental one (“The First Five Times” relishes the fleeting beginnings of a relationship, “Sleep Tonight” makes oral sex sound spiritual), but they occasionally stray from romanticism to mourn the state of the world. After all, sex and death are inextricably bound and the album’s title evokes the ritual suicides of monks protesting anti-Buddhist policies in Vietnam in the 1960s. “Celebration Guns” is an ode to the soldiers who have lost their lives in Iraq, while “He Lied About Death” is comically poignant (“I hope your drunken daughters are gay/You are the shadow of fear”) yet threatening enough to raise a red flag down at the Secret Service headquarters. I’d be willing to bet the future dividends of my personal Social Security account that, by the end of his second term, there will be more songs written about George W. Bush than any other political figure in U.S. history. Lucky for Stars, their music is both pretty and hooky enough to appeal to both sides of the aisle.

Review: Incubus, A Crow Left Of The Murder