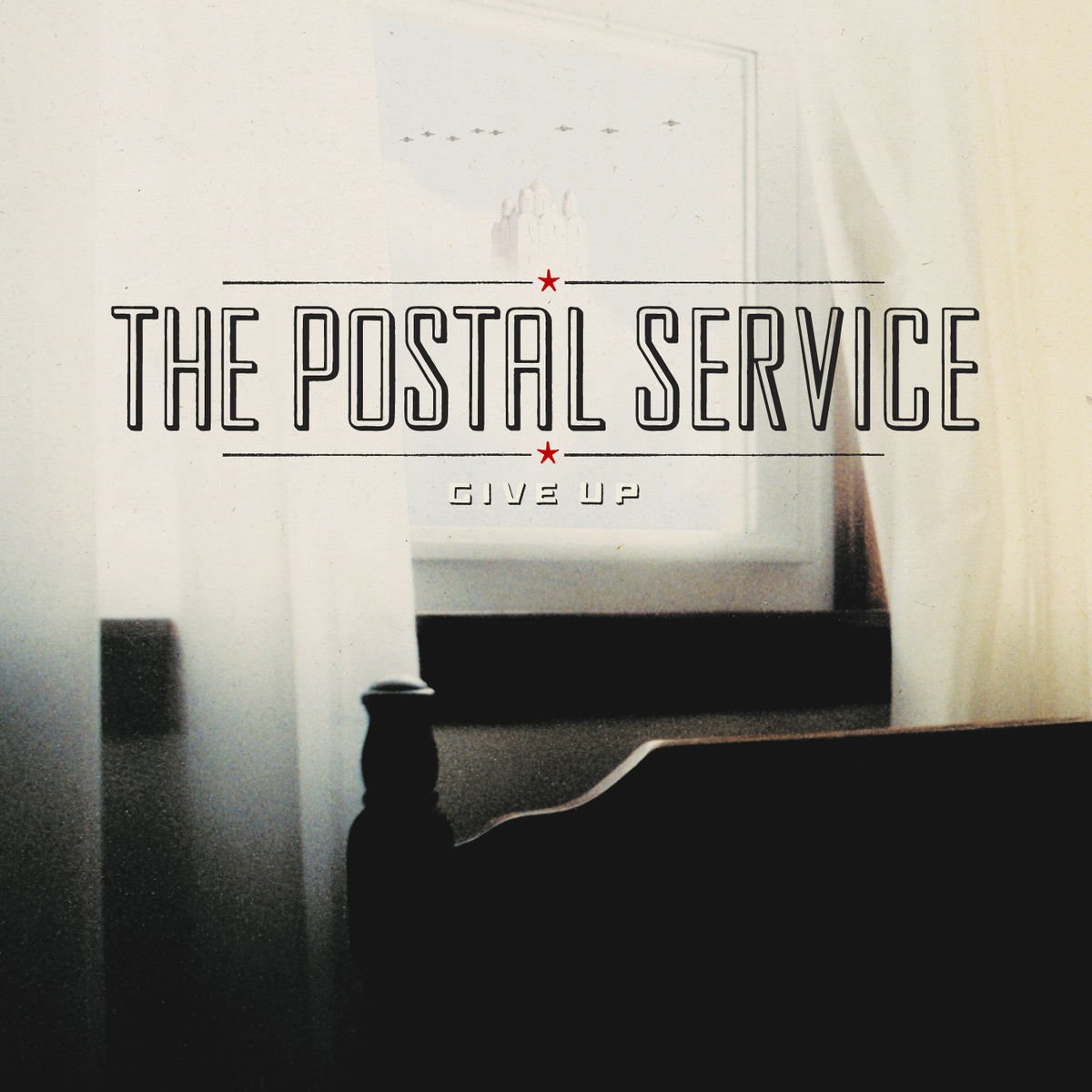 Give Up, the debut album from The Postal Service (the mail-order side project of Death Cab for Cutie’s Benjamin Gibbard and Dntel mastermind Jimmy Tamborello), is an arresting fusion of emo indie-rock musings and DIY laptop electronica. Call it Smart Pop, or semi-Intelligent Dance Music. The album alternates between dazzling, revelatory out-of-body love songs and universally eco-aware ruminations on the state of the world, the binding thread being Gibbard’s often potent stream-of-consciousness and bright, jangly guitars and Tamborello’s infectious ambient house beats, faux strings and video-game bleeps. Tamborello’s bouncy synth-pop is juxtaposed with Gibbard’s resigned, reverb-in-a-shower-stall vocal and the darkest of themes on “Sleeping In,” one of several tracks that give the album’s title true meaning: “No concerns about the world getting warmer/People thought that they were just being rewarded…Now we can swim any day in November/Don’t wake me, I plan on sleeping in.” Whether it’s love or the world’s problems, Gibbard, despite what he says, seems incapable of “giving up.” “Nothing Better,” a clever duet with Jen Wood, was inspired by Human League’s “Don’t You Want Me,” the video for which could have very well inspired another Postal Service song, “Clark Gable”: “I’ve been waiting since birth to find a love that would look and sound like a movie…I need you to pretend that we are in love again.” Like on Death Cab’s equally stunning Transatlanticism, Gibbard ardently builds castles in the sky because, like he says on the album’s first single, “Such Great Heights,” everything looks perfect from far away.