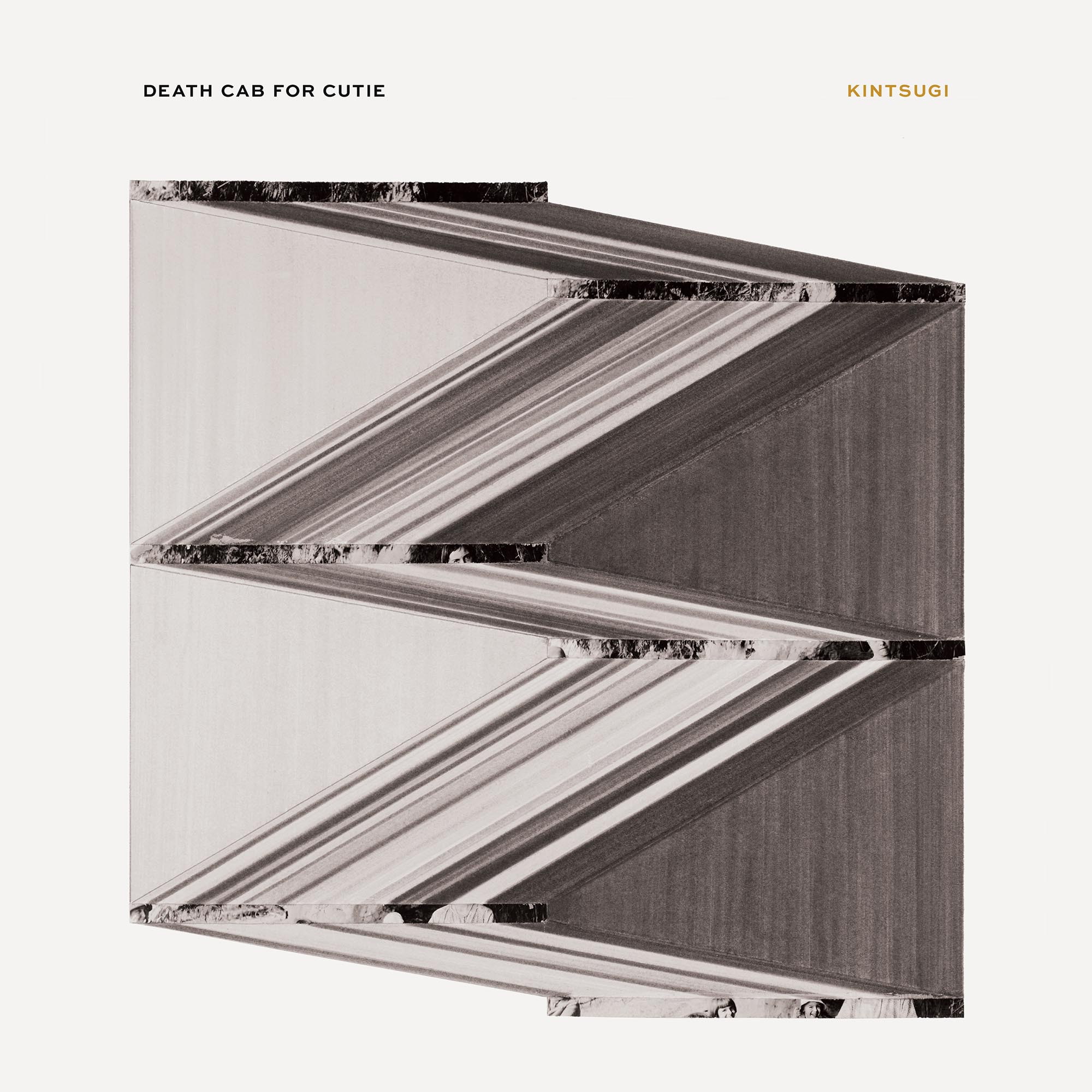 After founding member and producer Chris Walla left Death Cab for Cutie last year, it was reasonable to expect a change in the band’s sound—and following 2011’s disappointing Codes and Keys, a change was needed. Following their 2003 breakthrough, Transatlanticism, and their meticulously composed major-label debut, Plans, 2008’s Narrow Stairs drew from an eclectic palette and realigned the band with a more DIY sensibility. In contrast, Codes and Keys sanded off those edges, trading = the darker material of the preceding album for a more emotionally buoyant tone that at the time sincerely reflected principal songwriter Ben Gibbard’s domestic bliss, but led to their least interesting album musically.

Kintsugi is a bit of course correction, with Walla’s departure and Gibbard’s recent divorce from Zooey Deschanel perhaps inspiring a return to the traits that first earned Death Cab success: earnest affection and a wistfulness for what could’ve been. There’s ghosts in the drive, whiskey in the water, and mistresses that never became wives—all signs of foreboding and missed opportunity from a band trying to wrestle with unwanted change in a way that is distinctly their own.

The chugging new-wave synths, angular riffs, and rigid drum programming of the first few tracks establish a fully realized, slick electro-pop aesthetic. Lead single “Black Sun” also makes good on a veiled Sound Garden reference with an unhinged, distortion-drenched guitar solo. Heavy bass chords stalk Gibbard’s cryptic observations, which give just enough insight into the mental anguish experienced in the wake of a divorce without broaching the subject directly. For that, look to opener “No Room in Frame,” or the ruthless “Ingénue,” which mansplains “the currency of being 23.” Though the latter is pretty flagrantly sexist, coming from model “nice guy” Gibbard the sentiment is given an exposed-nerve quality. It rejuvenates one of the more fussily controlled songwriting voices in contemporary music, and finds complement in the song’s mounting arrangement, which sounds a bit like someone fighting against the onset of a tantrum.

Even better is “Little Wanderer,” which demonstrates a counterpoint of maturity by being potentially more than an angsty love song. In its expression of technical hang-ups it recalls the band’s equally frustrated “Title and Registration,” as Gibbard crunches numbers to calculate time-zone differences and navigates the glitches of a bad Internet connection, aborting a video chat after his faraway beloved attempts to send him pictures of the blooming cherry blossoms in Tokyo. Twee and almost pandering to the social-media generation, sure, but that the song could just as easily be about the relationship between an estranged parent and child as it could long-distance lovers speaks to Gibbard’s evolving range in addressing pet themes and the emotional contours of contemporary life.

Where Kintsugi falters is in its sacrifice of momentum for structure. All of Death Cab’s albums have their share of filler, but where an album like Narrow Stairs elevated some of its weaker-written material by tacking on eight-minute Can-indebted jams, jangly psychedelia, or throwing Eastern tablas into the mix, the band isn’t nearly as ambitious here. Instead they revert to a Plans-era tactic of flaunting their indie cred with a handful of stripped-down acoustic ballads that sell their rhythmic facility short.

The worst offender is “Hold No Guns,” which Gibbard delivers with pompous self-regard for his rote theme of emotional surrender, and flubs entirely with a clumsy chord progression that rushes the chorus. The slow and somber “You’ve Haunted Me All My Life,” which likewise doesn’t expand beyond its titular concept, and the closing, ponderous parable “Binary Sea” further bog down an otherwise dynamic album, revealing what probably anyone who knows enough about the band could’ve guessed: that it wasn’t Walla responsible for the more inert stuff Death Cab’s subjected us to over the years.