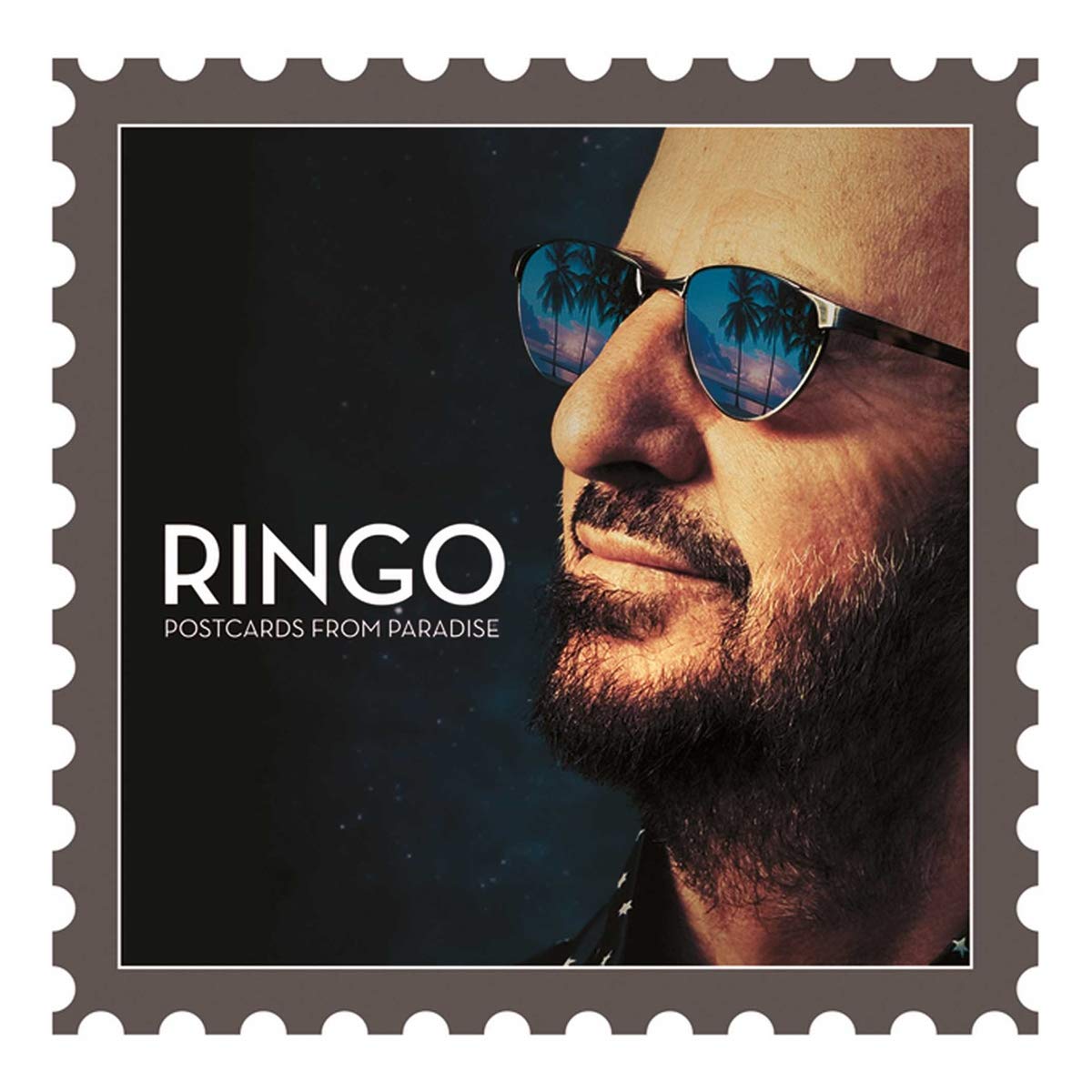 To say Ringo Starr isn’t exactly known as a wordsmith would be a colossal understatement considering the fact that the best song he ever wrote is literally about an octopus swimming around in the ocean. But of all the third-grade-level lyrical whoppers on his 18th studio album, Postcards from Paradise, one stands out as particularly preposterous: “I’m looking forward/Not looking back,” from a noxiously sentimental piece of romantic balladry plainly titled “Not Looking Back.” This claim, of course, is patently absurd, as the lyrics to the album’s inane title track consist of a Mad Libs-style hodgepodge of Beatles song titles. “Glass Onion” this ain’t. Starr is so eager to encourage us to remember the past, in fact, that he opens the album with “Rory and the Hurricanes,” a tribute to his pre-Beatles Merseybeat band. The “Greased Lightning”-style rocker, complete with pounding piano and doo-wop girl-group backing vocals, is by far the most melodically palatable song here, and suggests that an album inspired by ‘50s and early-‘60s rock ‘n’ roll might have at least been kind of fun. Instead, the majority of Postcards from Paradise oddly hearkens back to an entirely different era: the ‘80s. With its chintzy synths, plastic horns, and feather-lite reggae (the stiff, dunderheaded “Right Side of the Road”) and lifeless white-guy funk (the bleating “Bamboula”), the album might as well be made up of outtakes recorded 30 years ago. In fact, perhaps the only modern production technique is the Auto-Tune that accompanies all of Starr’s vocals. Starr was never more than the fourth best singer in the Beatles (which actually isn’t much of a slight, considering who else was in the band), but he could at least carry a tune without on obvious studio trickery to handle even the most basic of melodies.

Review: Stranger Cat, In the Wilderness