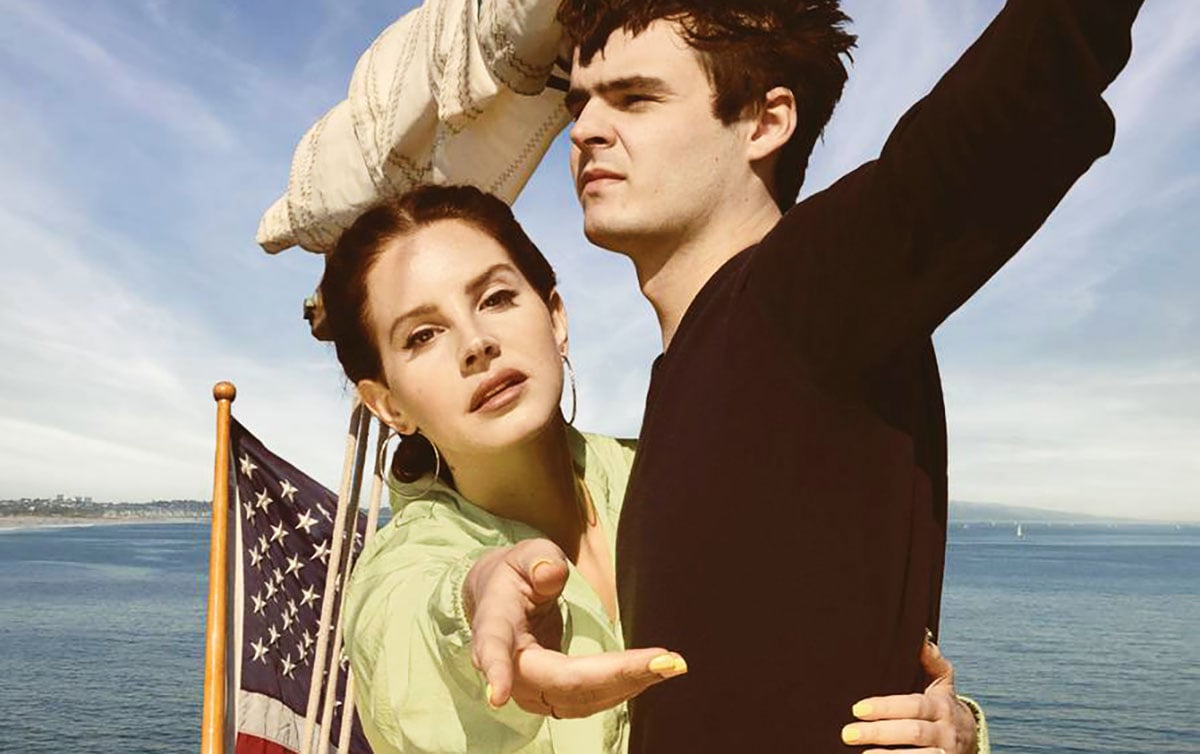 Released just seven days apart, Lana Del Rey’s Norman Fucking Rockwell and Taylor Swift’s Lover share a primary collaborator—songwriter and producer Jack Antonoff—as well as oblique references to Kanye West, with whom both women have had messy public feuds. Each album likewise represents a course correction in the trajectory of its creator’s career, but if Swift’s album is a sharp turn back to more listener-friendly pop fare, Del Rey seems as disinterested as ever in courting contemporary trends.

After two albums that found Del Rey doubling back to the hip-hop-inflected baroque pop of her 2012 breakthrough, Born to Die, Norman Fucking Rockwell picks up where 2014’s sludgy, more roots-oriented Ultraviolence left off. The singer has aptly described the new album as a “mood record,” a heady collection of psych-rock and piano dirges that pour into each other and rarely shift tempo from track to track. “Mariners Apartment Complex,” “Cinnamon Girl,” and “Venice Bitch” amble along to hazy, psychedelic grooves, closer in spirit, if not style, to Del Rey’s breakout hit “Video Games” than the hooky singles that have followed.

Norman Rockwell’s vision of America defined much of the 20th century, with illustrations that often depicted a sentimental—some might say naïve—interpretation of American life. Despite its parodic title, though, Del Rey’s latest doesn’t so much subvert an idealistic notion of the American dream as perform a postmortem of it. On “Venice Bitch,” which is rife with references to quintessential American icons like Robert Frost, Del Rey pines for a world that had already coughed its last gasp by the time she was born. And she wistfully delivers a eulogy for both pop culture and the planet itself on the apocalyptic “The Greatest”: “The culture is lit and if this is it, I had a ball,” she laments with a shrug.

Doom and gloom permeate almost every aspect of Del Rey’s depiction of modern life. “If you hold me without hurting me, you’ll be the first who ever did,” she sings on “Cinnamon Girl,” a shattering admission eclipsed only by her disaffected portrayal of love in the age of geosocial networking on “Happiness Is a Butterfly”: “If he’s a serial killer then what’s the worst that could happen to a girl who’s already hurt?” Norman Fucking Rockwell closes with the stunning, pointedly titled “Hope Is a Dangerous Thing for a Woman Like Me to Have – But I Have It,” in which Del Rey invokes the final sleepless nights of Sylvia Plath and answers critiques of millennial ennui with the soft bigotry of low expectations: “Don’t ask if I’m happy/You know that I’m not/But at best I can say I’m not sad.”

Enlisting one of pop’s premier producers for what is easily Del Rey’s least commercial album to date might seem ironic. But Antonoff has proven capable of pushing other female artists into the darkest corners of their respective pop worlds, and he allows Del Rey to explore her most indulgent inclinations here. She disappears for long stretches at a time throughout the nine-and-a-half-minute “Venice Bitch,” leaving room for Antonoff’s trippy guitar feedback and liquid psychedelic effects to ooze and distort like a fading memory before the whole thing evaporates in a puff of nostalgia. The album’s most viable single, “Fuck It I Love You,” is peppered with expletives, building to a frothy head of cerebral lust that begs comparisons to Ani DiFranco’s similarly paradoxical “Untouchable Face.”

Though it isn’t quite as long as 2017’s Lust for Life, the 68-minute Norman Fucking Rockwell can have a soporific effect. Many of the album’s songs are stripped down to little more than piano and vocal, eschewing the towering hooks and ornamental flourishes of Antonoff’s work with Lorde and Swift. Even a lush cover of Sublime’s “Doin’ Time”—which, sonically, might have fit better on Born to Die or 2015’s Honeymoon—is faithful to both the album’s downbeat, sadcore-meets-surf-rock aesthetic and the SoCal band’s own musical legacy, to which Del Rey’s sound is at least partly indebted.

Distilled to their barest elements, the songs on this album reveal themselves not to be hollow vessels for vapid self-absorption, but frank assessments of the psychic effects of a world spiraling into chaos. Del Rey has long cemented her status as a cult icon in the vein of a Tori Amos or Fiona Apple, whose influence on the title track is unmistakable, and she inspires the kind of fanaticism that often leaves her detractors perplexed. With Norman Fucking Rockwell, however, she’s made an album with the unfettered focus and scope worthy of her lofty repute.