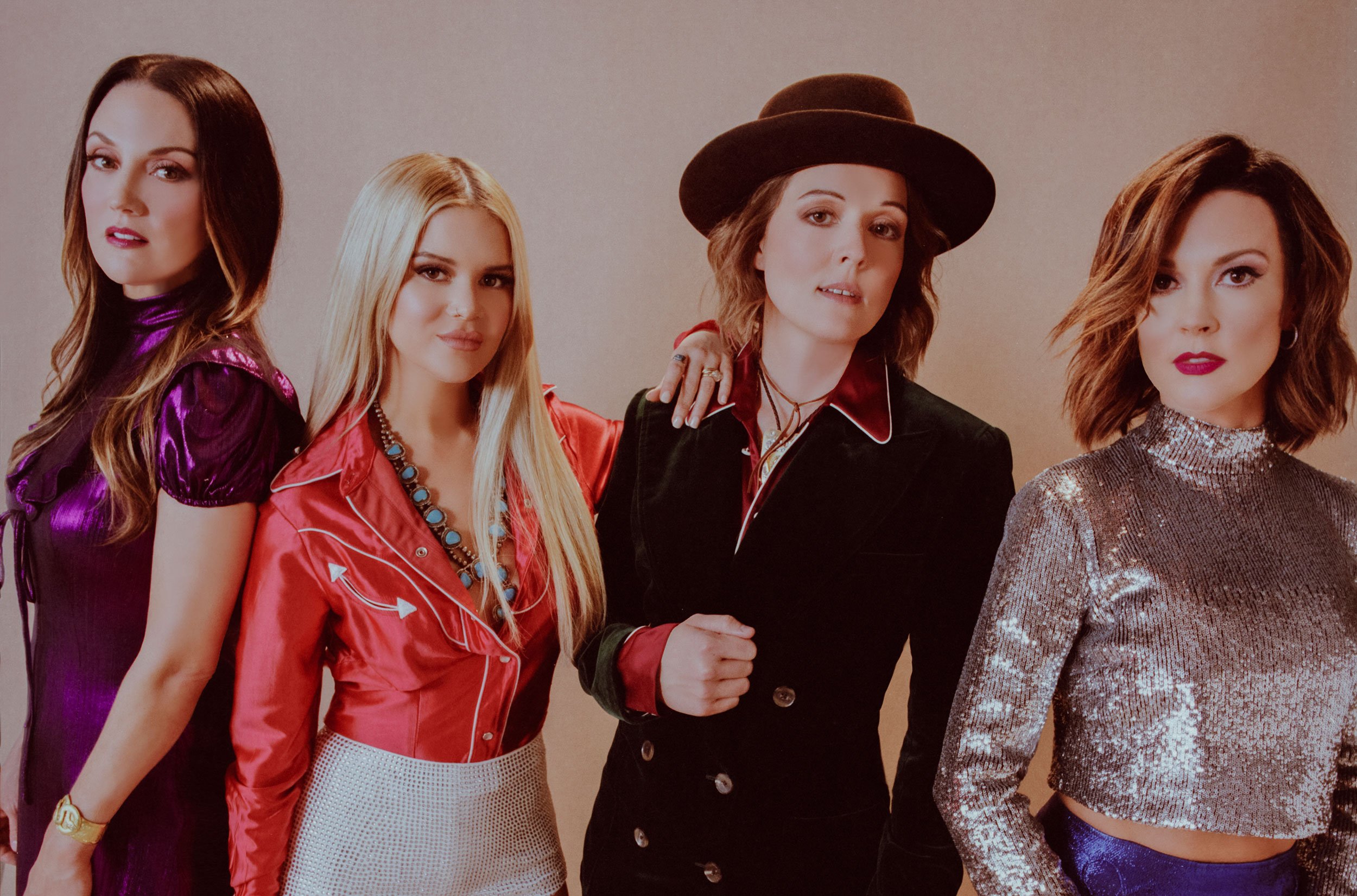 Country music has always had a misogynistic streak (think of the proliferation of murder ballads and she-done-me-wrong songs), and the Highwomen—a supergroup consisting of Brandi Carlile, Natalie Hemby, Maren Morris, and Amanda Shires—was born out of a desire to combat the genre’s lack of gender diversity. Shires has said that the “high” in the group’s name should be taken to mean exalted or honored, but it’s also a nod to the outlaw country supergroup the Highwaymen. The Highwomen serves as a fitting thesis statement for the project, using the aesthetics of neotrad-country to unpack the group’s feminist concerns.

The album’s opening track, “Highwomen,” is a powerful and succinct recalibration of Jimmy Webb’s “The Highwayman.” Where Webb’s version explored supposed great men sailing the seas, building dams, and exploring space, “Highwomen” is centered around a more distinctly female experience. The song tells the stories of women who meet tragic ends as the result of sacrifice: a mother who dies helping her family escape war-torn Honduras, a healer mistaken for a witch, a freedom rider killed in Mississippi. Webb’s men are undone by hubris, but the Highwomen present characters crushed by an indifferent world that attempts to erase their voices. In the song’s final verse, the group pointedly harmonizes, “We are the Highwomen/Singing stories still untold/We carry the sons you can only hold.”

Other songs on The Highwomen give voice to women’s struggles in a more lighthearted manner, and with mixed results. Lead single “Redesigning Women” outlines the responsibilities that accompany balancing motherhood, a career, a social life, and relationships. The song boasts a laidback porch-jam feel, but for every clever line (“A critical reason there’s a population/Raising eyebrows and a new generation”), there’s a groaner that feels like it was yanked from a ‘90s standup routine (“Changing our minds like we change our hair color” and “If the shoe fits, we’ll buy 11” are especially clunky).

Much fresher is “My Name Can’t Be Mama,” which addresses the difficulty women face in maintaining an identity outside of motherhood. Over a quick-moving two-step, Carlile wakes up to find her “ceiling still a-spinning from a night that went too late” and children in need of attention. On the second verse, Morris talks about the toll touring takes on a family, but argues her career is essential to her emotional well-being. The bouncy rhythm and down-home instrumentation belie the weightiness of the issues being addressed in the song, but the strong hooks mean the Highwomen’s ideas remain lodged in your brain.

Other tracks provide interesting twists on old country tropes. “If She Ever Leaves Me” is a slick countrypolitan number in which Shires plays with gender expectations, warning a cowboy eyeing her (female) date that “if she ever leaves me, it won’t be for you.” “Heaven Is a Honky Tonk” imagines the afterlife as a barroom with an endless jukebox, while “Cocktail and a Song” details a dying father’s wish that he be remembered fondly. The album’s closer, “Wheels of Laredo,” is a high-lonesome song about wishing to be heading back to a lover’s arms. While the track isn’t overtly political, lines like “I was watching the jungle fires a-burnin’” and a reference to Mexico as a “not-so-distant land” broaden its emotional stakes. Like the standout “Crowded Table,” in which the group wishes for a “house with a crowded table,” it illustrates the Highwomen’s ability to employ personal stories to engage larger societal themes.