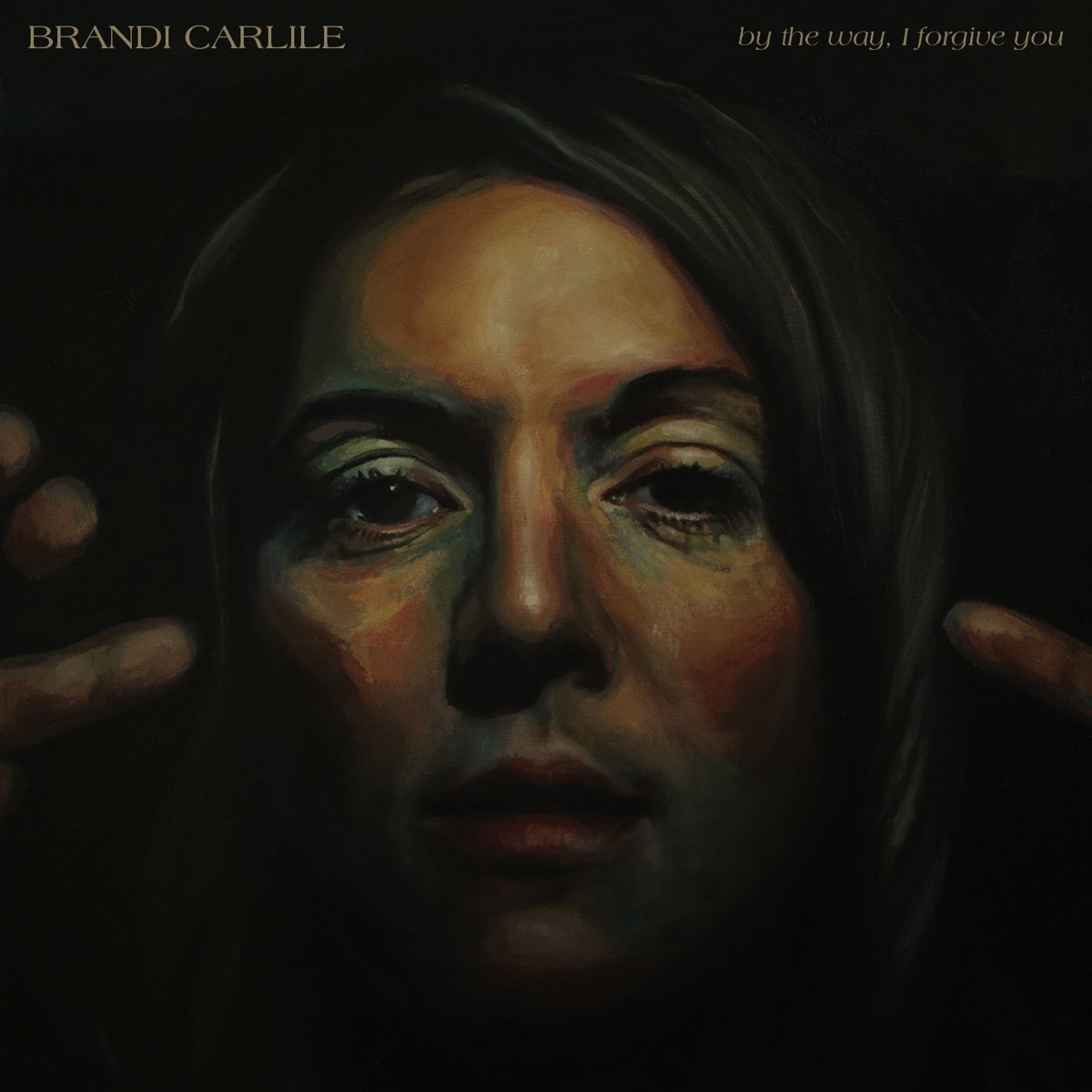 There’s an off-handedness to the title of By the Way, I Forgive You, Brandi Carlile’s sixth album—as though absolution is being offered almost as an afterthought. But that’s not the story the music tells. While many of these songs deal with wounds and betrayals, Carlile inhabits a role of poise and command. Throughout, the singer-songwriter sounds resolved to make amends and move on with her life, letting go of regrets and finally letting those old wounds heal. The forgiveness she offers here isn’t a reluctant or half-hearted gesture, but something powerful and proactive.

It’s fitting that these songs of self-assurance are married to the boldest, most robust production of any Carlile album since 2007’s T-Bone Burnett-produced The Story, which marries acoustic intimacy to arena-rock grandeur. Produced by Americana mastermind Dave Cobb in tandem with singer-songwriter Shooter Jennings, By the Way, I Forgive You frames Carlile’s gnarled roots-rock and folksy storytelling in grand orchestral arrangements from the late Paul Buckmaster, the famous conductor and arranger behind masterworks by Elton John, Leonard Cohen, Miles Davis, and the Rolling Stones.

The result is an album that manages to sound like a wide-screen epic without ever losing sight of the small-scale human drama at its center or Carlile’s country roots. There’s room here for songs like the wistful country-soul of “Everytime I Hear That Song”—where the string section provides subtle accents but never overshadow the plaintive piano or high-and-lonesome harmony vocals—as well as the spare closer, “Party of One,” where Carlile’s voice and piano are bathed in a luxurious symphonic arrangement.

Carlile fills the songs on By the Way, I Forgive You with hard-won acceptance and weathered empathy, both of which are felt on lead single “The Joke.” Buckmaster’s orchestrations provide melancholy backing to Carlile’s somber verses, which speak directly to kids who are bullied for their sexual identity: “Let ‘em laugh while they can/Let ‘em spin, let ‘em scatter in the wind/I have been to the movies, I’ve seen the end/And the joke’s on them.” The song’s chorus explodes with catharsis, big emotions that are earned by Carlile’s storytelling but driven home by the cinematic arrangement.

Other songs on the album concern different kinds of healing, like “The Mother,” which speaks tenderly to the sacrifices of parenthood and invites mothers to go a little easier on themselves. The fleet-fingered acoustic ballad places Carlile in the troubadour tradition, the lyrics fully immersed in detailed scene-setting and characterization. “The first things that she took from me were selfishness and sleep,” she sings, yet it’s clear from her warm delivery that there’s no regret here—only an acknowledgement of scars.

“Everytime I Hear That Song” takes on one of the oldest heartache clichés in all of country music: the notion of suddenly remembering an ex-lover when your favorite song comes on the radio. Carlile’s less interested in mining her loneliness than she is in seizing forgiveness as a source of strength: “After all, maybe I should thank you/For giving me what I found/’Cause without you around, I’ve been doing just fine.” There’s an expression of vulnerability here, yet that’s not how the song is defined. She takes control, forgives even if she can’t forget, and presents it as a song of empowerment.

Subject matter like this can sometimes make By the Way, I Forgive You a heavy listen, and there are times when it’s hard not to miss some of the loose, limber rock of 2015’s The Firewatcher’s Daughter. Then again, channeling haunted, harrowing songs into moments of liberation and catharsis has always been Carlile’s gift. Here, she’s not only created some of her most fully realized characters—tough and vulnerable in equal measure—but she’s found her most sympathetic collaborators, making By the Way, I Forgive You the most emotionally direct and revealing album she’s to released to date.

Review: Shannon and the Clams, Onion