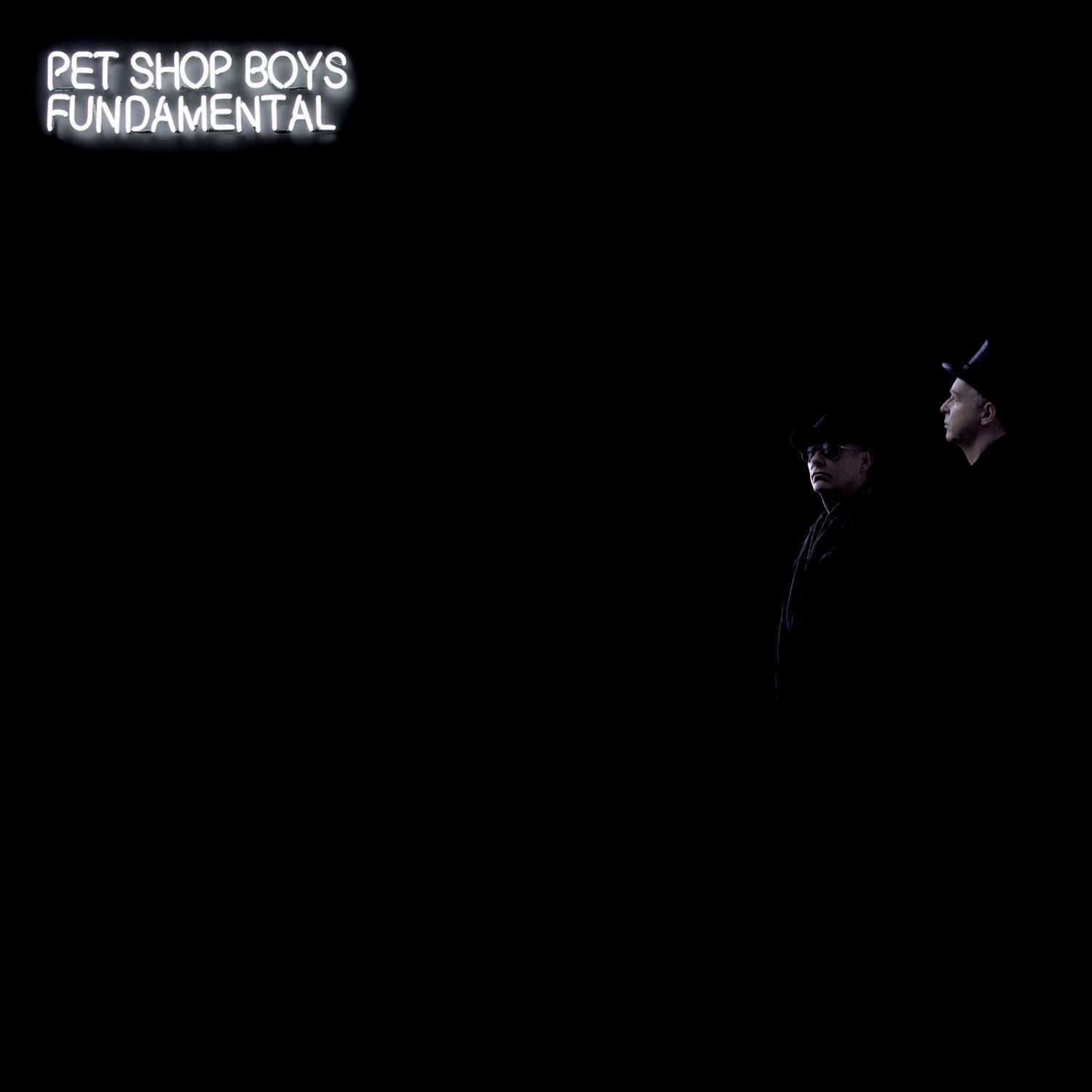 Desperate, longtime fans of the Pet Shop Boys can finally rest after the release of Fundamental. Their catty whines about the downtempo earnestness of 2002’s Release finally worked: Fundamental is, at least in most obvious ways, a return to the synth-pop confection of the Boys’ ‘80s arc. Vocalist Neil Tennant and keyboardist Chris Lowe have pumped their latest with a serious dose of trademark gay iconography, a culmination of their send-up of blippy electronica/disco and deadpan humor. (The lead single “I’m With Stupid” is a miraculous bid for the critical, if not commercial, cred of Very, still their biggest hit outside of the early single sensation of “West End Girls.”) But perhaps in more important ways, Fundamental marks a development, not a retreat, in the clear-eyed honesty that made Release one of the unheralded pop masterpieces of recent years. Behind all of its postmodern dazzle—and it is dazzling—Tennant’s words throb with genuine passion. This isn’t the ‘80s, it’s the terror-riddled ‘00s, and the Boys mean business.

No one seemed willing to rally around Release, due in no small part to the fact that it was Tennant and Lowe’s more-than-a-little-bitchy response to everything both beloved and shunned about their sound by the turn of the new millennium, when dance itself had become all but an anachronism. Just as it didn’t accord to the expectations of the band’s club-kid fan base, which wanted a nostalgic glimmer into their former glory, it sent an ever harsher blow to pop music’s more insipid mainstream contemporaries. Featuring ex-Smiths guitarist Johnny Marr and carrying plenty of baggage about coping with loneliness, loss, and abandonment, Release felt like both the most sobering 9/11 memorial and a sensational testament to pop’s forgotten powers; while Hilary Duff belted air-headed frill, Tennant and Lowe reclaimed their genre’s soul.

Then came Madonna’s Confessions On a Dance Floor (a Pet Shop Boys love letter if I’ve ever heard one), and the playing field changed yet again. Like Confessions, Fundamental is plenty of fun, but what sets the two apart is the latter’s poignant bit of relevance. The clearest sign that the Pet Shop Boys haven’t let go of the lessons learned on Release may be their production of the Diane Warren-penned ballad “Numb,” another polarizing yet irrefutably heartbreaking PSB track that breaks from norms. Online message boards are up in arms about Tennant’s use of phrases like “wanna” (the singer’s lyrics are famously well-spoken), though this may be the key to the song’s success; by stripping away the distancing artifice that has branded the band’s music, it makes its plaintive story of hiding away both personal and universally understood: “Don’t wanna hear the news/What’s going on?/Don’t wanna know/Don’t wanna know.” (This on the heels of the Boys’ remix of Madonna’s “Sorry,” which, perhaps coincidentally, features very similar lyrics co-sung by Tennent.) If this album is a product of its time, then it should come as no surprise that it often wavers between this sort of wistfulness and a mocking indictment more familiar to the Pet Shop Boys; in these farcically catastrophic times, it’s not always clear whether one should laugh or cry.

For all its pointed ideas, though, far too much has been made of Fundamental’s political metaphors; journalists unwrap the “meanings” of tracks with the literal-minded satisfaction of solving a crossword puzzle: “I’m With Stupid” = Blair’s relationship to Bush; “Indefinite Leave To Remain” = European insensitivity to immigrants; “Integral” = the U.K.‘s Orwellian ID card system. Except the Pet Shop Boys don’t approach politics with the narcissistic whim of Eminem or Green Day; for them, politics is and always has been a part of the patchwork. Archetypical love tunes and dance floor anthems form the backbones of Tennant’s highly playable provocations; they evoke precise feelings, but their true meanings are built on the personal baggage a listener brings to them. The album’s closer, “Integral,” pulsates with steely percussion and communistic choir vocals, a palpably angry satire of a militaristic society closing in on itself. So often in pop, political references come off as smug liberal/conservative calling cards, but Tennant’s poetic allusions are an extension of his music’s inherent compassion. In “Twentieth Century,” a work of imitable humanism, the singer addresses a superpower’s paradoxical good will—“Everyone came to destroy what was wicked but they killed off what was good as well”—and the ties to the Iraq War are appropriately devastating. Still, here as everywhere else the Pet Shop Boys are endless optimists: a refrain pleads, “Let’s stay together.”

Speaking of emotional baggage, Fundamental comes packed with heaps of it, the one characteristic that probably draws strongest comparison to Release. Even on their highest notes, the Pet Shop Boys uncannily tap into the anxieties of a world shaken up by humanity’s capacity for destruction. (Paul Greengrass’s docu-realistic 9/11 reconstruction United 93 was based on a similar premise but only played off of Americans’ masturbatory desire to mourn long after the fact.) In the album’s bleak cover art, the artists’ eyes peer into blackness, searching (for meaning, for life, for hope…for anything), a simple yet profound image of post-9/11 confusion. The difference between this cover and that of Green Day’s American Idiot—a fist-clenched bleeding heart that’s actually a grenade—is important, because Green Day’s signifies cynicism whereas Fundamental’s signifies introspection. Rather than drum up cheap anti-establishment sentiment, Tennant and Lowe propose to take people’s anguish as fodder for serious artistic exploration.

Along these lines, things start to shake up with “Psychological,” a blazing opener that suggests desolate Depeche Mode by way of the disco romp of Cerrone’s “Supernature.” Which is to say, it excites and disturbs in equal measure (a perfect introduction, then, to the album’s high-low attitude), conjuring up the feverish energy of the Middle East’s real-life horror movie. Here terror becomes a central theme—not politicized terror, but the kind of raw, visceral terror that threatens to end one’s life with a senseless thud: “I thought I heard a baby cry/I thought I heard a train/Down in the cemetery/Cellophane.” “Cellophane” is one of Tennant’s only allusions to death; a perfect pop-art materialization of the grim reaper, it is almost unbearably freakish in the way it objectifies the end of everything with plastic wrapping. Still, the song is a thrill ride, and throughout Fundamental Tennant and Lowe seem to juxtapose the allure of depravity with its painful ends. This makes their most cogent track, “The Sodom And Gomorrah Show,” also their most twisted. In it, an unadulterated rural boy catalogues his seduction into urban depravity, the song’s propulsive disco beat seemingly drawing everyone into “sun, sex, sin.” That it precedes a ballad about heartbreak, the slowly simmering “I Made My Excuses And Left,” isn’t just a jarring transition of rhythms; it represents the cause and effect of our actions and the consequences they inflict on the universe.

Whether or not hits were kept in mind following the radio-unfriendliness of Release, Fundamental may be the Pet Shop Boys’ most promising bid for commercial viability in years—a cause for celebration for fans from all camps. It would be unthinkable to imagine a more pleasurable listen coming along in 2006: From the already validated charms of “I’m With Stupid,” to the circus-fire splendor of “The Sodom And Gomorrah Show,” to the stomp-and-march throb of “Integral,” this is a diverse string of potential singles that comes off not unlike a set of colorful fireworks shot into opposite ends of the sky. The crown jewel for sheer pop rush, though, is “Minimal,” a vocoder chant whose beat repeatedly builds up and breaks apart again. Tennant examines life in its most elemental form—“An empty box/An open space/A single thought/Leaves a trace”—before the song literally deconstructs itself through the spell-out chorus: “M-I-N-I-M-A-L.”

Even as the Pet Shop Boys stay endlessly inventive, it was inevitable that they would eventually re-adorn the discotheque rhythms and bitchiness that made them famous (ok, quasi-famous) in the first place. (“Casanova in Hell” proves the Boys’ wit has never been more razor-sharp when, as Tennant laments, “He couldn’t get an erection,” a string instrument moves down about an octave.) Fundamental is an album that begs us to look beyond the surface of things, to the impulses that inspired them, to the results they’ve wrought, to the elements that make them up, and finally, to what they mean. Fittingly, its own surface is rather deceptive, an alternately orgasmic and slow-burning chameleon that threatens to charm and/or horrify at the start of each new verse. Truly, this is born out of the fractious times we live in. And as Tennant breathlessly exhales at the end of it all, it’s just about “purrfect.”

Review: Keane, Under The Iron Sea