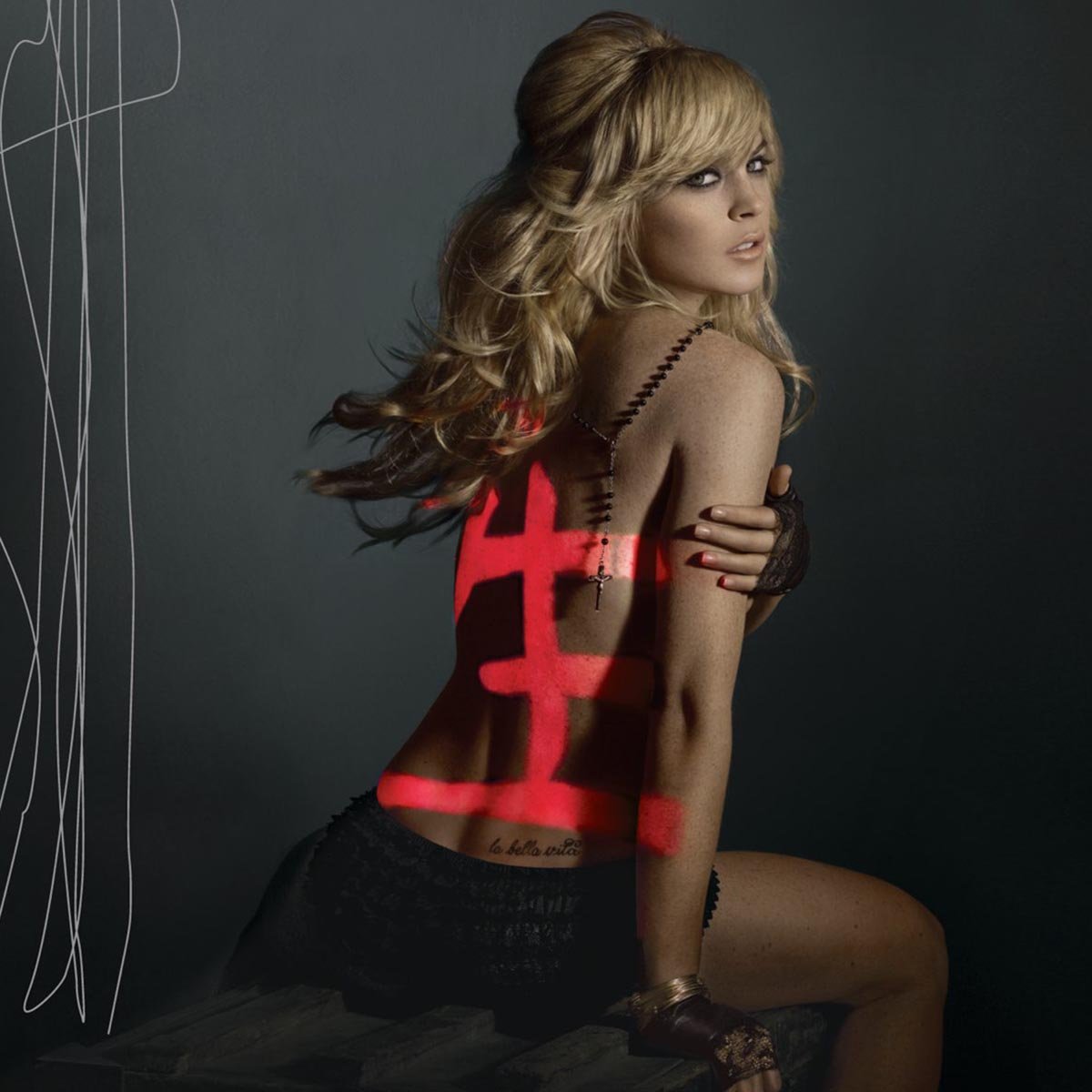 Lindsay Lohan has the kind of dysfunctional broken home that should be fodder for the kind of music that her teen-pap rival Hilary Duff could never make given that she was raised in the Magic Kingdom. For the past year Daddy Lohan has been a constant tabloid fixture and two songs on his daughter’s A Little More Personal (RAW) (which comes just 12 months on the aqua Barbie Doll heels of her debut Speak), are seemingly dedicated to her absentee father: lead single “Confessions Of A Broken Heart (Daughter To Father),” a piano and guitar ballad that’s not exactly Christina Aguilera’s “I’m Ok,” and, less obviously, the angst-ridden “My Innocence,” which could have been written by a teenage Trent Reznor. Lohan’s confessions are about as contrived as the album’s cover photo, which finds her coyly topless and dressed in Like A Virgin-era lace gloves, a strategically placed crucifix, and a tattoo that reads “La Bella Vita.” “A Beautiful Life” also happens to be the title of the album’s closing song, on which Lohan makes an attempt at cleverness with lyrics like “God won’t talk to me/I guess she’s pretty busy,” the irony of which seems to be lost on her. The bulk of the album was co-written by the actress-turned-singer, but aside from the Lohan originals—including the catchy “If It’s Alright,” the spunky “Who Loves You,” and “If You Were Me,” on which she finally exhibits some personality, even if it is someone else’s (there are hints of Alanis’s “You Oughta Know”)—RAW also features two covers, Cheap Trick’s “I Want You To Want Me” and Stevie Nicks’s “Edge Of Seventeen,” which she embarrassed herself performing on the American Music Awards last week. It’s no secret that Lohan likes to play dress up, but, with Ben Moody at the helm, there’s no excuse for this over-produced mess of a cover. RAW is considerably more consistent than its predecessor, and it’s not a bad listen by any means, but for all the so-called weighty subject matter, there’s not much meat on these bones.

Review: U2, How To Dismantle An Atomic Bomb