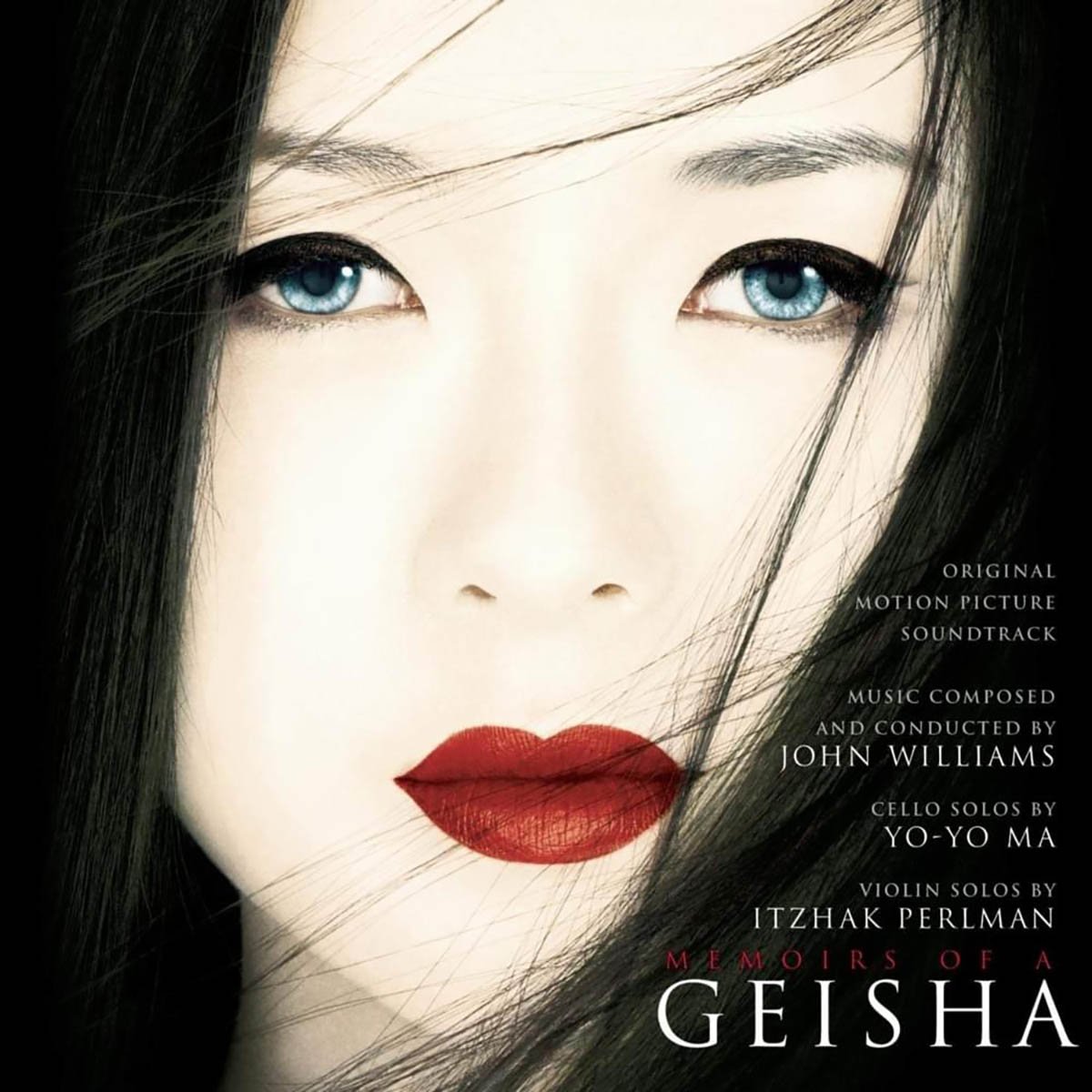 While he’s the venerated hierophant of orchestral film music, John Williams’s recent oeuvre has been, let’s face it, kinda weak. The War of the Worlds soundtrack was spotty at best, and the Harry Potter movies were “graced” with music so uniformly pedestrian the listener needed to look both ways before hitting “play.” Indeed, since his “Hymn To The Fallen” from 1998’s Saving Private Ryan, Williams has been unable to craft an honest-to-goodness, melodically distinctive theme for any of his scores, regardless of genre or source material.

I wish I could say that this trend has been reversed with the score to DreamWorks’s Memoirs of a Geisha. Instead, Williams seems to have embraced it. There will be no whistling along with these pieces, no rewinding and reliving inspirational cues. Even the opening track, “Sayuri’s Theme,” seems content simply to meander through chord changes, without any melodic focus. Granted, Williams does display a fine understanding of rhythmic technique as well as the subtleties of both Eastern and Western instrumentation. But lacking a melodic handhold (or even a harmonic one), Memoirs of a Geisha ends up sounding more like mere background music than a dynamic film score.

Potential listeners should also take heed that Williams has gone for—giving him the benefit of the doubt—an “homage” to Tan Dun’s soundtrack for Crouching Tiger, Hidden Dragon. Memoirs of a Geisha isn’t as compelling as Tan’s work, but it’s evocative enough to give pause to any intellectual property lawyers in the audience. In all fairness, some of the similarity may not be Williams’s fault. When you go for a Far Eastern motif these days, you really have no choice but to put a pentatonic “filter” of sorts over the standard classical diatonic scale. Such filters, while appropriately achieving that Asian flair, always end up making the music feel like a piece played only on the black keys. Moreover, the reduced tonal and color variety mean you’ve got to really kick butt on melody to craft something memorable (as Tan did with Crouching Tiger, Hidden Dragon), and Williams doesn’t kick anything here.

The performances, on the other hand, are uniformly excellent, as you would expect from the likes of Yo-Yo Ma and Itzhak Perlman. There are also some featured Japanese instruments, including the shakuhachi (similar to the recorder) and the koto (a kind of Japanese zither). These are well played, but damned if I can tell the difference between them and their Chinese equivalents. Which leads me to a major question: Where is the authentic Japanese music on this soundtrack? Where are the classic numbers from traditional noh or bunraku dramas, or how about enka? Where are the min’yo that Sayuri, the titular Geisha, would certainly have sung for her clients? Or, if not these, then how about some original works by Williams in the same style?

The film’s producers were criticized (especially in Japan) for employing Chinese actresses in Japanese roles, but in the end, that’s a defensible choice: likely they needed Asian actresses who were familiar enough to Western audiences to credibly sell the picture. But does the score, too, need to be interchangeable with a Chinese work of the same type? It’s a shame that, in place of a musically captivating score, Williams doesn’t at least provide us with a culturally distinctive one. Instead, Memoirs is just another phoned-in effort, one more nail in the coffin of Williams’s career.