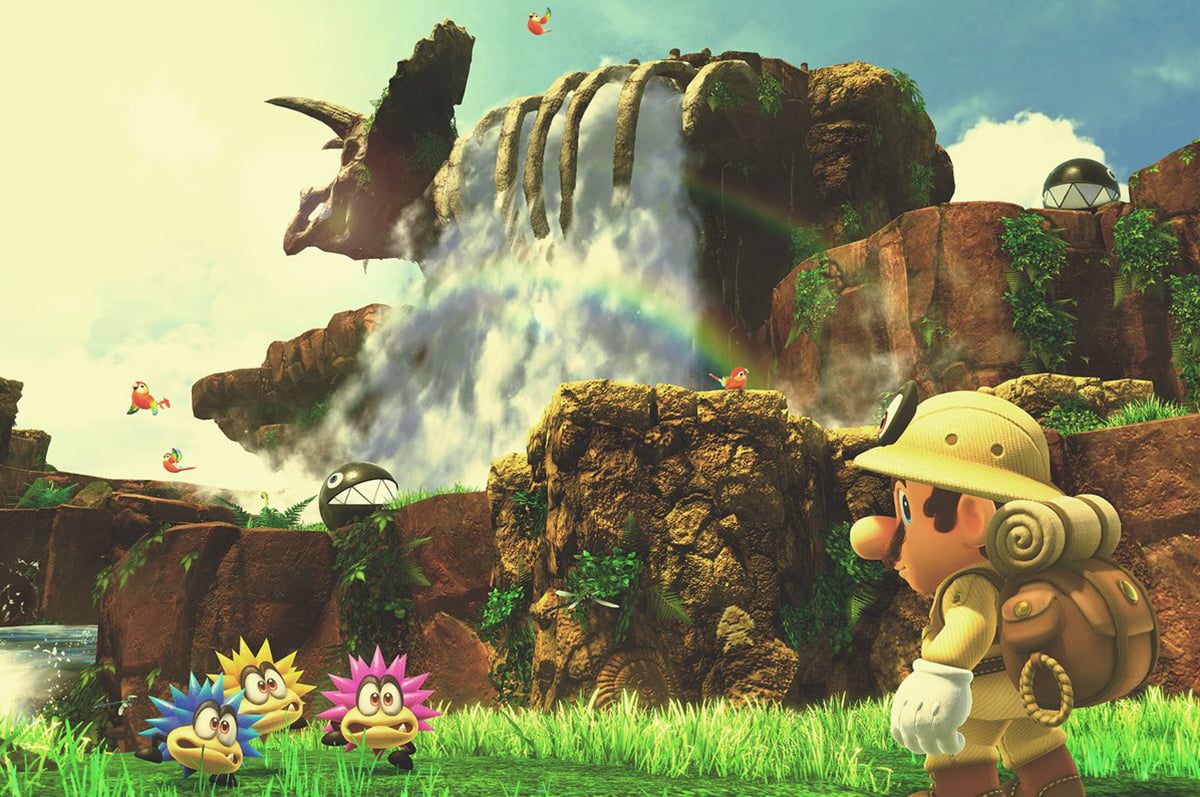 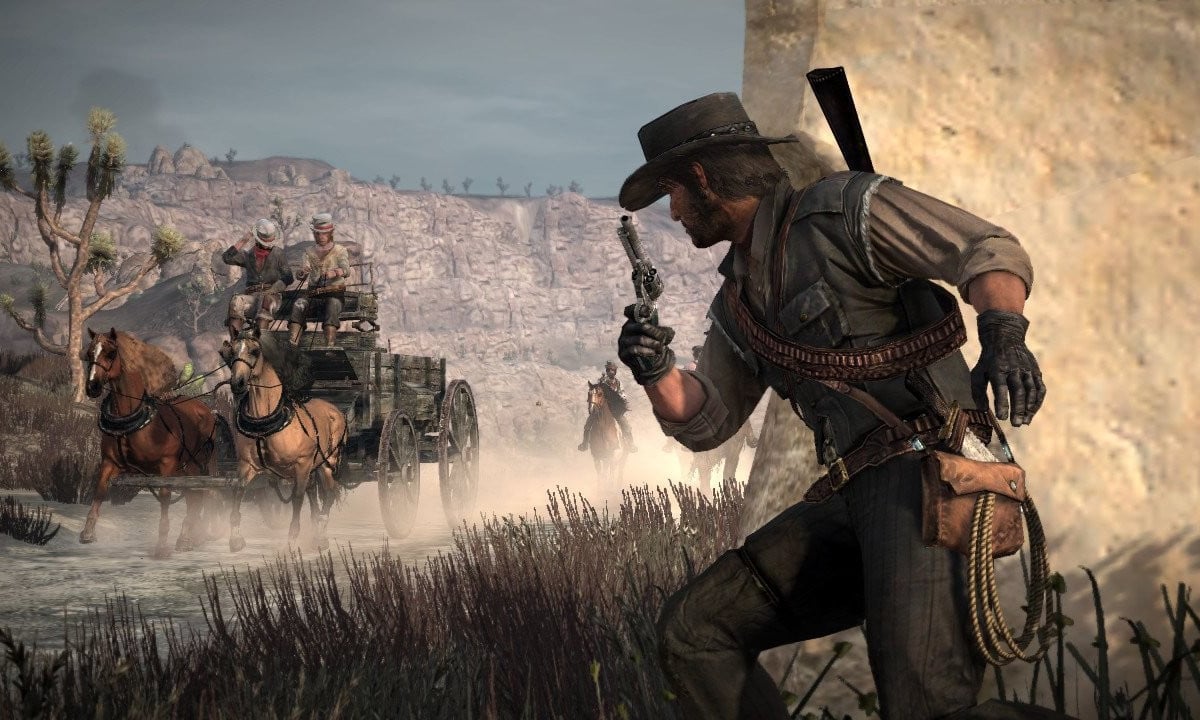 Red Dead Redemption is the game Grand Theft Auto always wanted to be. This pseudo-sequel to 2004’s Red Dead Revolver—a functional if underwhelming third-person western saga—thrusts you into a roam-all-you-want Old West sandbox environment, allowing you the freedom to concentrate on the storyline’s primary missions or simply gallop about the vast plains, dusty deserts, and Mexican mountains, collecting rare herbs, hunting wild animals, and rescuing whatever damsel in distress you might happen upon along the way. Far less limiting than GTA’s urban metropolises, which always felt constructed out of paper houses, Red Dead Redemption’s settings are fully, thrillingly alive, their functioning ecosystems, sudden dramatic occurrences, and operative economy all helping to create a sense of participating in a universe that operates independent of (rather than revolves around) you. To spend time in this adventure’s locales is to feel a part of a wider world. And, consequently, to catch a glimpse at gaming’s immersive potential. Schager 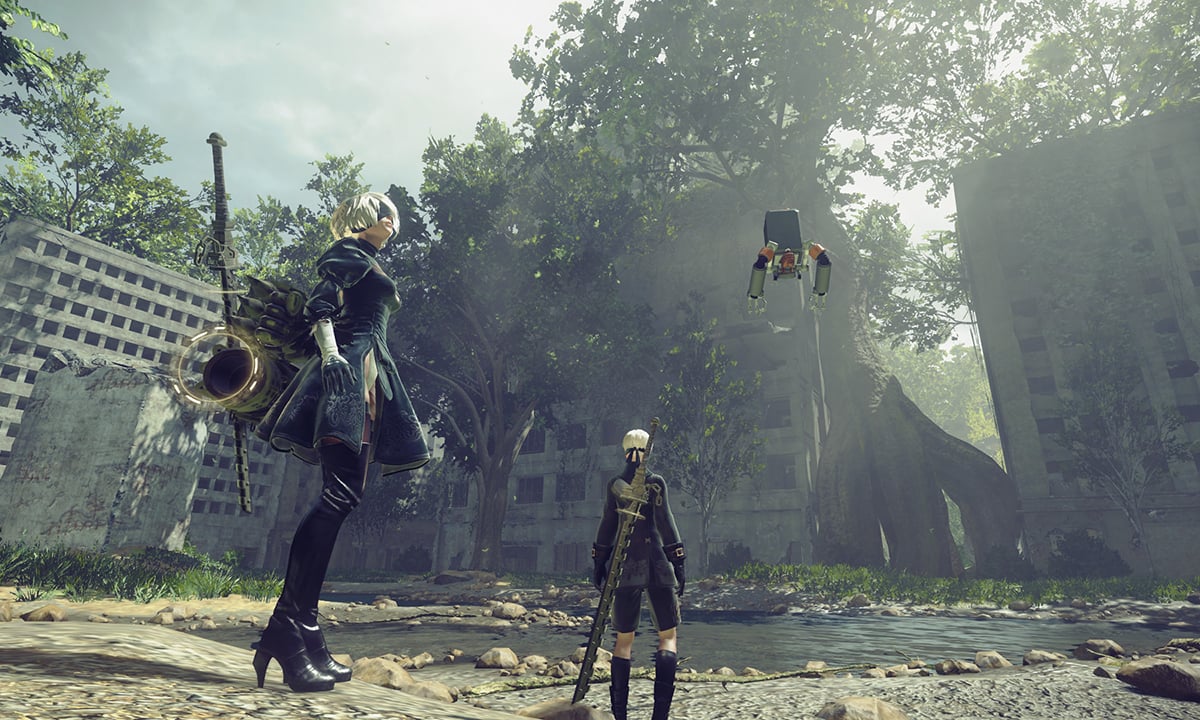 If NieR Automata were just a straightforward open-world action title, one that could be completed in some 10 hours, stretching from the first line of dialogue until Ending A, it would still stand tall for being a fundamentally odd game about machines pondering their humanity, ending on a quaintly sentimental but earned grace note. Ending A, though, is the tip of the iceberg, partially obscuring what eventually reveals itself to be one of the most unique ludological and existentialist exercises in any medium. On one hand, it’s a love letter and celebration of everything games are, as its mechanics flit joyously between genres; it’s a hack-and-slash power trip one moment, a shooter the next, sometimes even a platformer. On the other, it’s pathologically obsessed with tearing down everything about what those genres have done up to this point in gaming. NieR Automata performs a philosophical autopsy on the post-apocalyptic corpse of humankind through the lens of machines finding themselves bound to make sense of their burgeoning sentience from the scraps we leave behind. It’s a game that revels in the destruction of one’s enemies, and also forces players to recognize their own role in creating them, and the imperative of understanding them to truly move forward, a pensiveness framed by one of the most glorious, eclectic scores ever composed. Clark 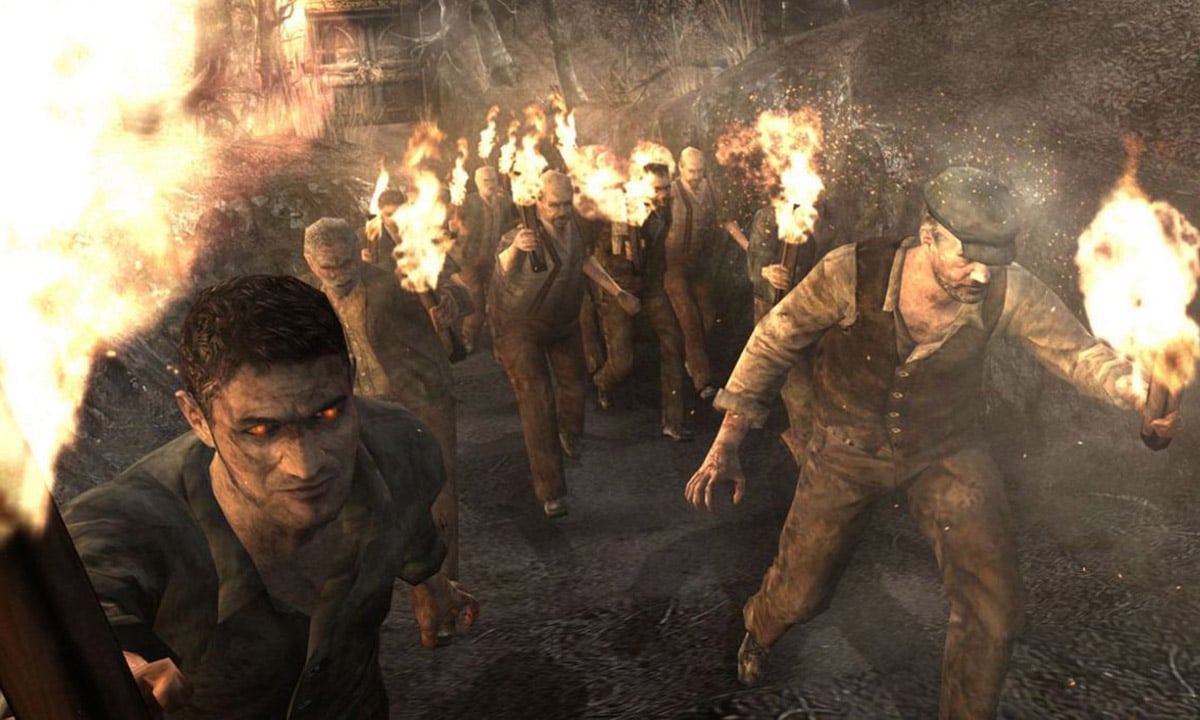 In Resident Evil 4, your mission to save the president’s daughter from kidnappers quickly goes south, stranding you in a nameless rural village in Spain in the midst of crazed villagers infected with something very, very bad. The game offers no guidance as to how to react or escape, leaving you in a state of anxiety as U.S. government special agent Leon Kennedy attempts to flee only to be quickly cornered and overcome. The series’s transition here from the stationary camera of the previous games to a fully 3D environment was a major step forward for third-person action games, but the sense of uncertainty that wracks the player throughout the lengthy narrative, of being made the center of a horrific, frenzied nightmare, is what made this game one of the most profoundly discomfiting experiences video games have ever seen. Aston 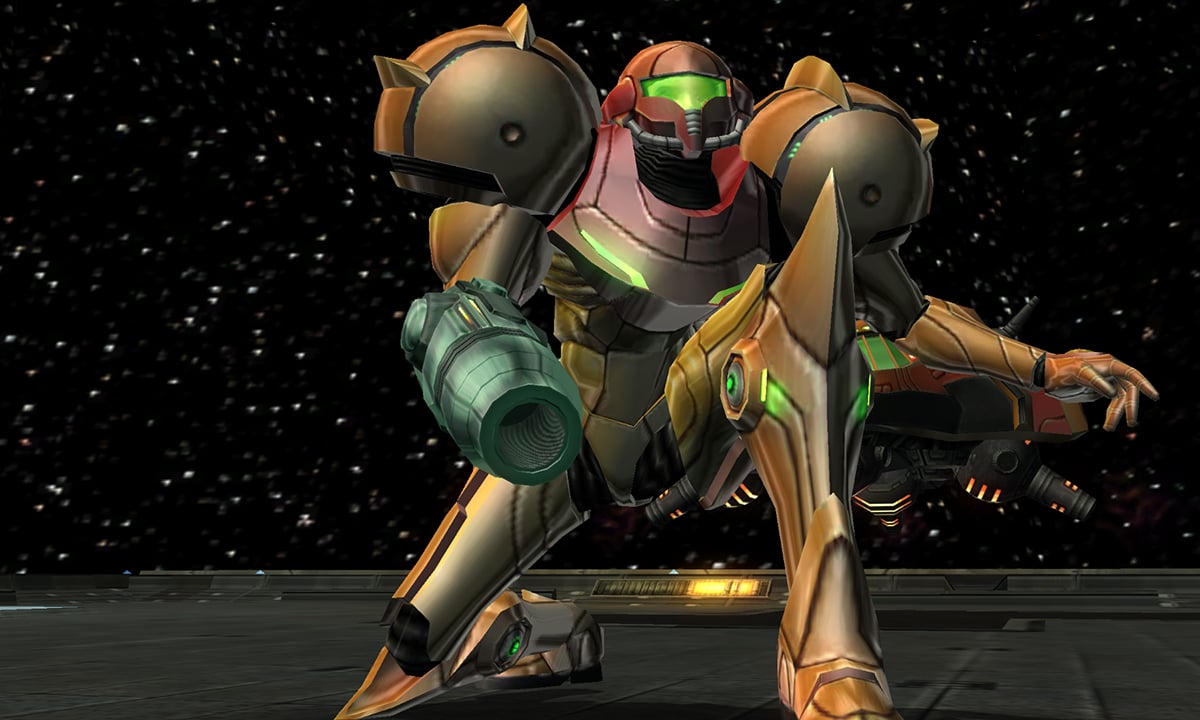 On paper, Metroid Prime should’ve been the game that made us all believe that the Metroid series should’ve stayed dead after the eight-year gap between Super Metroid and this release. In reality, Retro Studios defied every expectation that came with dragging a side-scroller kicking and screaming into 3D. Everything that made Super Metroid brilliant—its sense of isolation, Samus’s varied arsenal, the sheer size of the game’s world—remains intact. What Retro added was grand, evil beauty to Samus’s surroundings, a subtly creepy story of ill-fated alien civilizations told entirely without breaking the gameplay, and a laundry list of FPS innovations that felt next-gen, and in more than just the graphics, even when the game was prettied up for the Wii. Clark 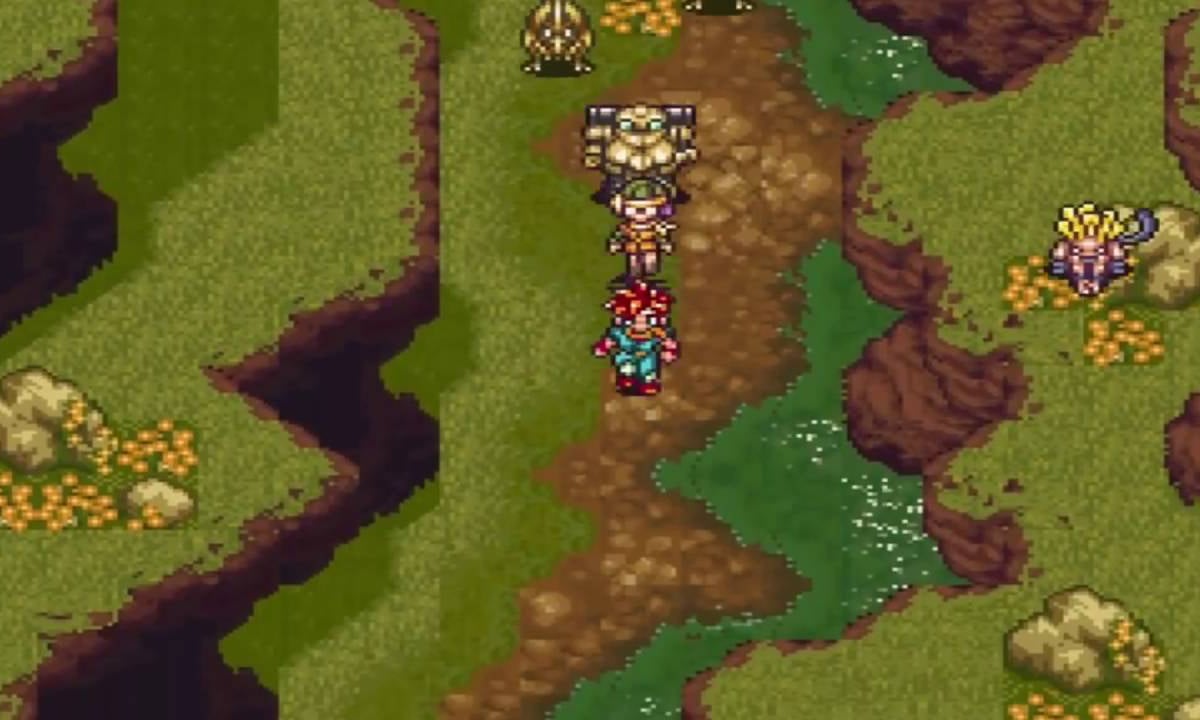 Chrono Trigger is the easiest, conversation-ending answer to the question: “Why do you like RPGs?” It’s in the wonderfully written, infinitely endearing characters that are the best examples of each of their archetypes. The great, smart-alecky humor. The twists and turns in the plot, few, if any, of which are telegraphed from miles away. The consequences of your actions across the multiple timelines. The combat. The lack of random encounters. The score. That Mode 7 clock at the start that still feels like the beginning of something epic more than 20 years later. This is every JRPG element working in total harmony. Clark 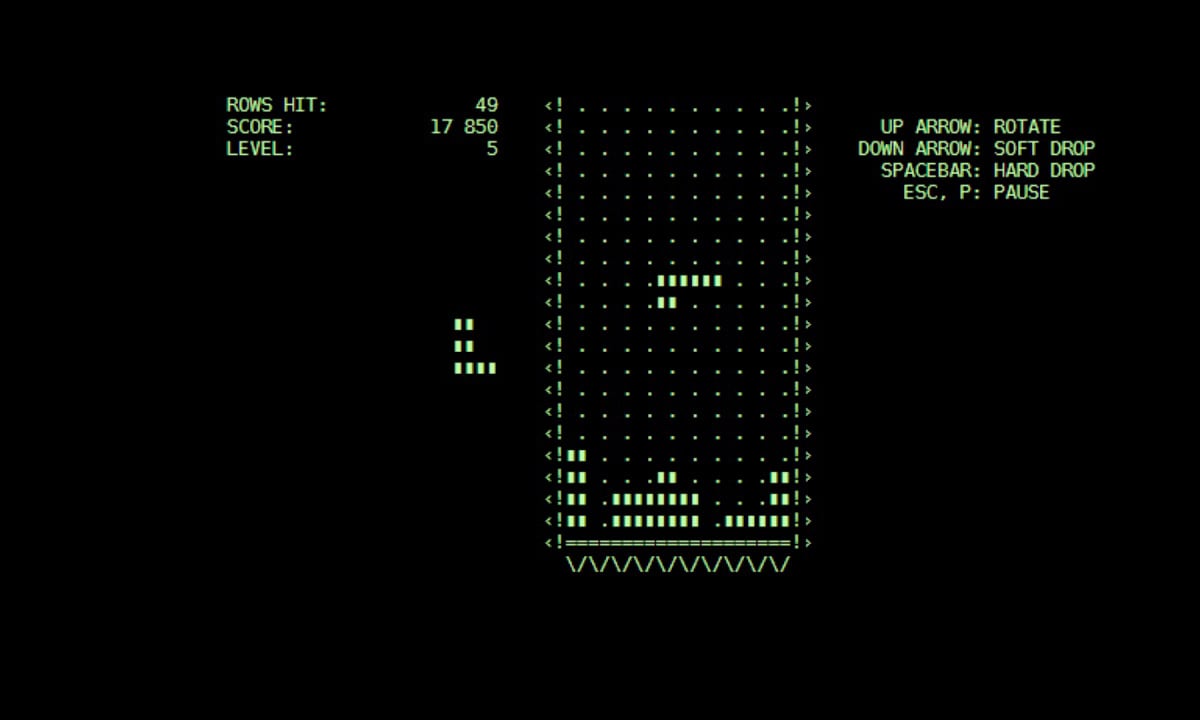 The mastermind of Alexey Pajitnov, Tetris is a game of pure abstraction, its mastery of the simplest possible visual units as ideal and impersonal as the Helvetica font. It’s no coincidence that it came to America as an ambassador from a foreign country; like the math equations on the Voyager shuttle, it speaks a language even space aliens could comprehend. The fundamental gameplay imperative of fitting blocks together is almost offensively infantile, but players who master the game can feel neurons growing as they learn to stop just seeing the shapes, and start seeing the negative space around them. The system recalibrates your perceptions as you explore it, and that’s what a great game is about. McKleinfeld 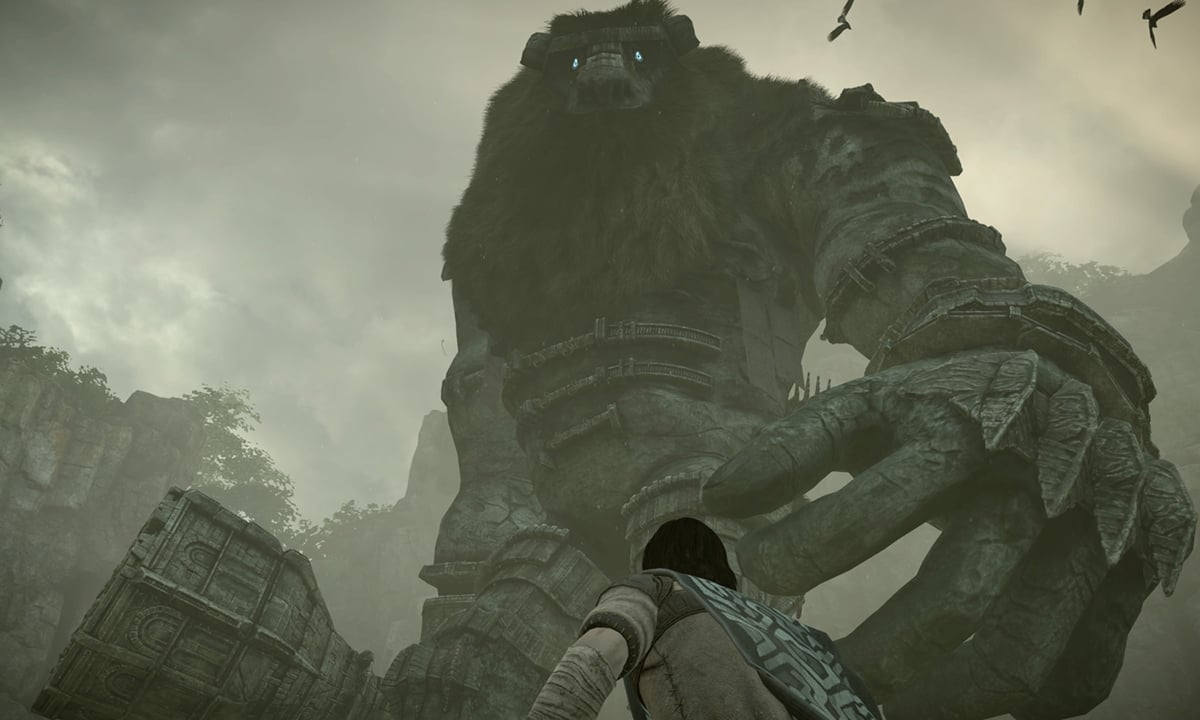 Since 2005, games that examine players’ bloodlust haven’t exactly become commonplace, though many have effectively wrestled with our feelings of doubt and guilt. One of Shadow of the Colossus’s triumphs is its refusal to make murder feel good. None of the colossi, no matter how alien or invertebrate, are necessarily hostile. They all suggest frightened animals protecting their territory, and whatever catharsis you feel in slaying one comes from the selfish, uniquely human ideal of being something very small and frail standing toe to toe with something unfathomably enormous and seemingly all-powerful. The game then treats your victory with all the pomp and circumstance of having slain the last kitten on Earth. Every triumph in Shadow of the Colossus is a tragedy for which Wander pays a deep physical and spiritual price. Clark 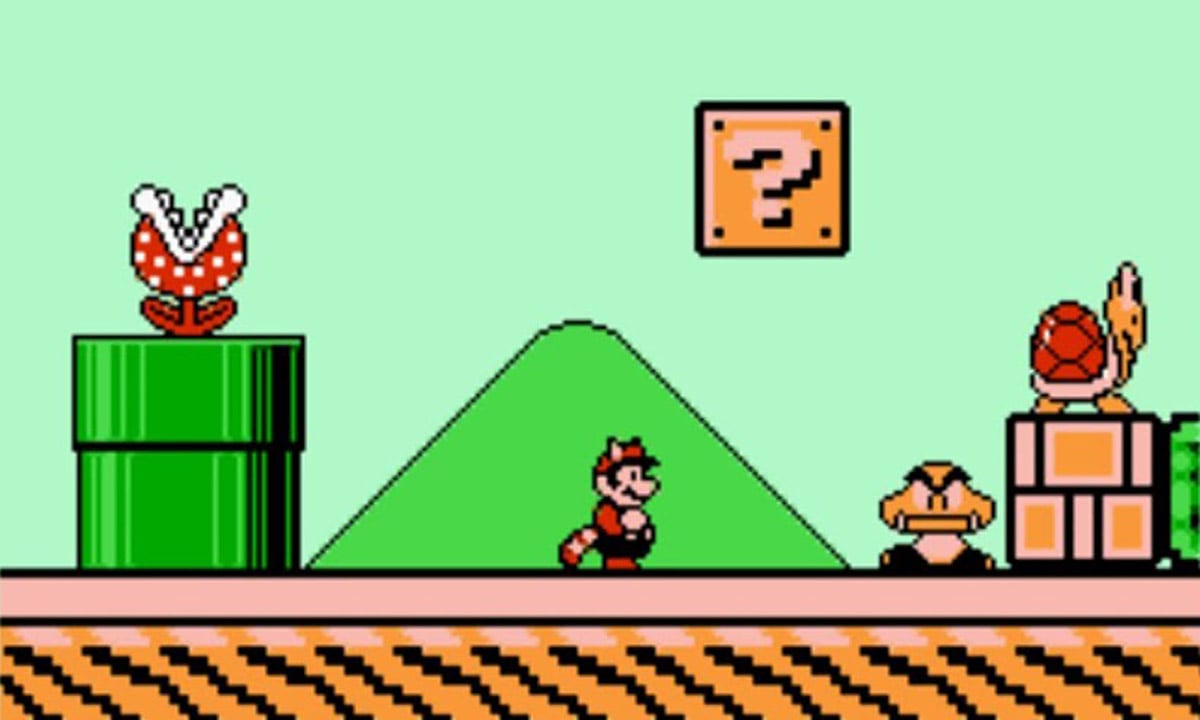 Some games have one great world. Super Mario Bros. 3 has eight, and its numerous inventive obstacles—from the sun that drops from the sky to attack you in Desert Land to the convoluted passages of Pipe Land—make the game delightfully overwhelming. At Mario’s disposal is an array of fantastic power-ups, which grant full flight—sometimes literally—to the player’s imagination, providing you with new ways of navigating stages and finding tucked-away areas outside the typical boundaries of platforming levels. The game also remains revolutionary because of its world map, whose various elements often communicate a powerful sense of place and mood, as with the unusually encouraging dancing trees of Desert Land and the dread-inducing blacked-out paths of Dark Land. And the secrets throughout this epic title are among the most unusual you’ll encounter in a video game—none stranger than your being able to enter the background of a level by squatting on a white block. Such unforgettable discoveries show that Super Mario Bros. 3 isn’t just another well-crafted franchise sequel, but rather the epitome of unrelenting creativity in game design. Pressgrove 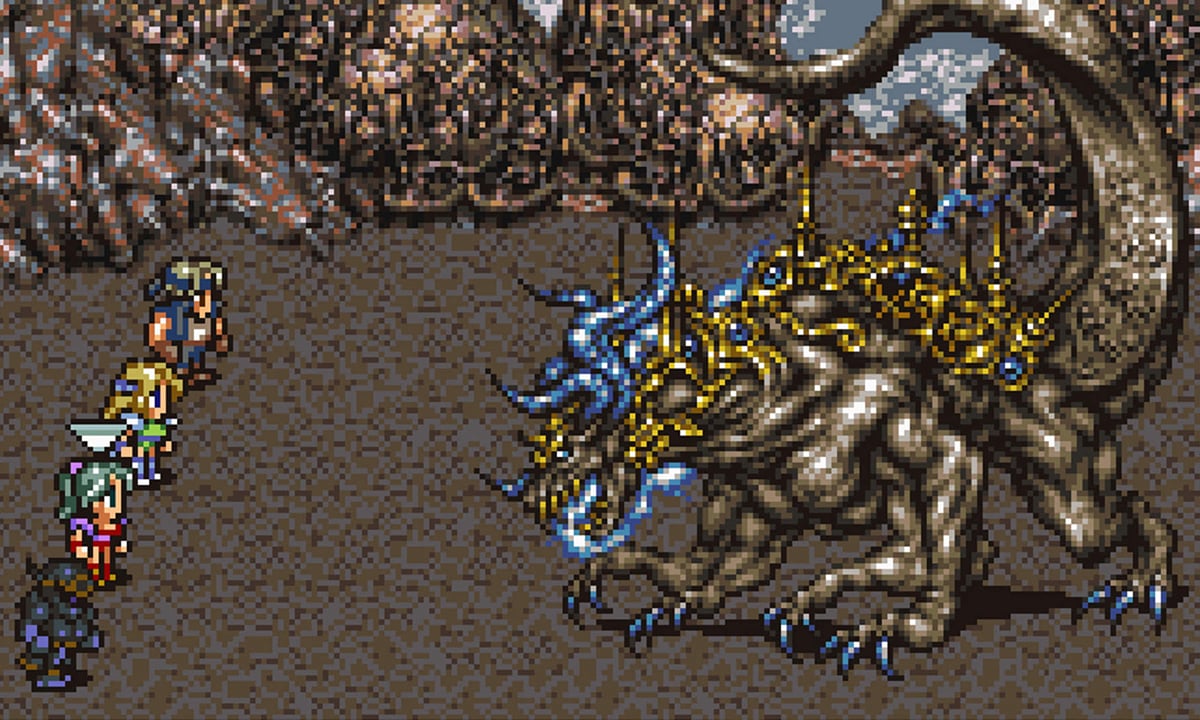 There’s a classic South Park episode that mocks the fact that if there’s a joke you like, chances are The Simpsons already did it. The same can be said for Final Fantasy VI, which basically broke and reset every rule for the modern RPG. It would have been impressive enough to feature 14 playable characters, each with their own unique abilities (like Sabin’s Street Fighter-like combinations). Or to introduce the steampunk combination of magic and technology to the genre. Or to offer branching narrative paths. Or to stuff the game with enough side quests to fill an entire sequel. But Final Fantasy VI did it all, first and flawlessly. That such a perfectly scored game in which the world is destroyed halfway through also finds time for humor, thanks to a certain cephalopod, is just icing on an already impeccably gluttonous cake. Riccio 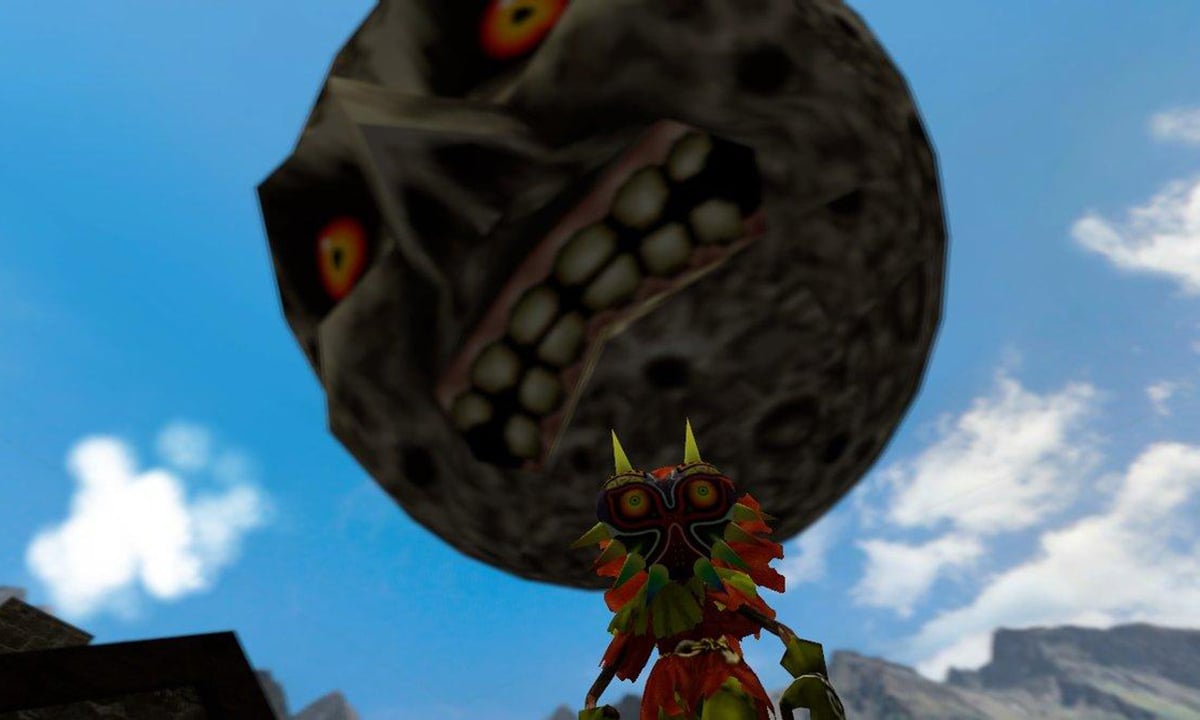 The Legend of Zelda: Majora’s Mask is antithetical to everything we’re conditioned to feel about popular game design. We’re meant to appreciate the bombast and big open spaces that let us assert our dominance over and over again. But Majora’s Mask is about looking inward, about confronting our own powerlessness. It’s the smallest 3D Legend of Zelda game that Nintendo has ever produced, focused as much on its main quest as on observing daily lives and routines. You come to know people and places with an intimacy that few video games can claim, and you especially come to know your continued failure to save them. The moon obliterates the town of Termina again and again, and the people gaze upward to accept their fate as Link looks on, caught in the cycle of his own defeat. You can intervene and provide brief moments of respite by beating side quests, but the people never step out of line on their march to inevitable death. The small victories are just that: small in the face of what’s to come. You must eventually play the ocarina to restart the time loop, and you must eventually watch those victories evaporate as you move incrementally forward, powerless to save them all. Though you finally come to the solution and break the time loop to save the world and its people, you accomplish this only after so many failures, only after seeing death through the eyes of so many. Masks function in the game as a way to hide, as well as a way to empathize. The ones you’ll use most often, the ones empowered by ghosts, remind you that you’ve only arrived in the middle of a larger life cycle that you have no power over. Majora’s Mask still lets you play the hero and even manipulate the flow of time, but it never lets you bend to your will a world that exists only for you, the player. Though the moon may rise with your help this once, it’s perfectly capable of going on alone. Scaife

Review: Animal Crossing: New Horizons Makes You the God of the Sandbox