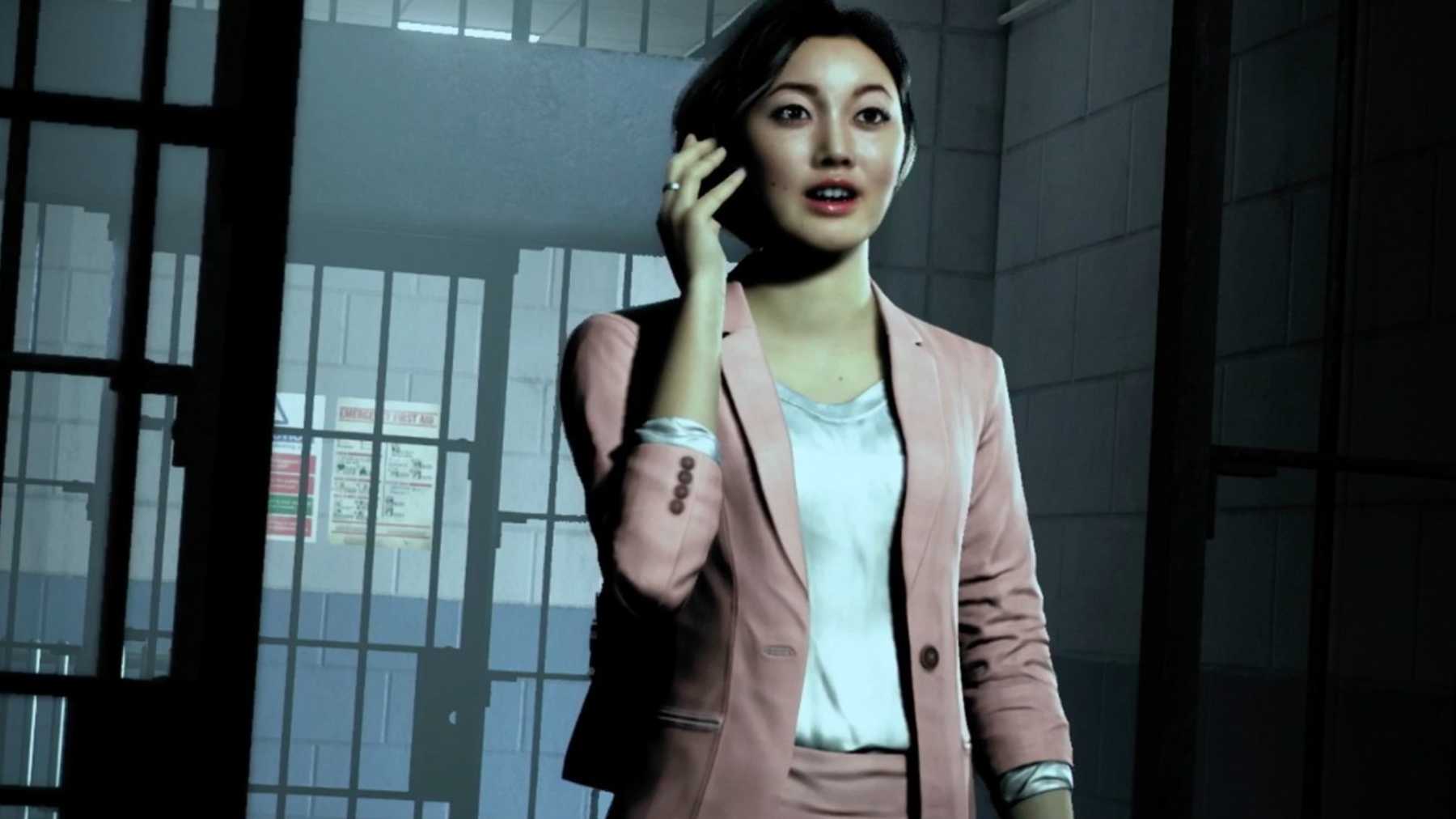 In Hidden Agenda’s multiplayer, you work against others to manipulate the game’s story. It’s an interesting but somewhat counterintuitive mechanic, as it ultimately causes the game to work against itself. Awarding points to those who successfully steer co-players down a particular path makes each immediate decision more engaging; you can also score points for figuring out who among you is too forcefully trying to tip everyone’s hand. If this social aspect were better executed, you’d have a more engaging version of a Telltale Games-like title, but it’s instead a wearyingly artificial method of adding replay to a game that isn’t well-written enough to merit a second go-around.

Hidden Agenda’s single-player mode is perfectly serviceable, building on the “ripple effect” mechanic of Supermassive Games’s 2015 game Until Dawn to create branching paths. But these choices don’t feel all that meaningful: Manage to save a minor character in one scene and the game might find a way to kill said character off screen, just to keep the narrative from getting too tangled. If an important character dies, the lines he or she would’ve spoken are simply given to another character, which hints at how empty and interchangeable some of the roles are throughout the game.

The only real difference between playthroughs seems to be how much of the backstory and motive you manage to fill in for the characters and, of course, whether you survive. What accomplishment is there in stumbling through two hours of empty plot only to somehow “win” based largely on the outcome of a single quick-time event? There’s definitely a best-case scenario, as evidenced by all the space allotted during the credits sequence for survivors to testify, but there’s very little incentive to go back to try and achieve it all.

The game’s painfully generic script is filled with silly expressions (“Oh, cookies!”) that come out of leftfield and lazy idioms like “ladies of the night” that make the characters seem especially wooden. The two protagonists, Detective Becky Marney (Katie Cassidy) and District Attorney Felicity Graves (Christy Choi), don’t have any consistent growth; they’re entirely defined by the immediate, binary reactions players assign to them. You can play Becky as a sullen, violent cop the whole game and then suddenly give her a conscience with a click of a button; Felicity will spontaneously develop feelings for Becky if you choose to ask her out. Instead of accounting for the depth of character that might allow such contradictions, Supermassive Games shifts that weight onto players. Hidden Agenda is an interactive, motion-captured movie that cares more about the people playing it than those within it.

The game’s weaknesses are most apparent in the competitive mode. Each scene, no matter how trivial, begins with one of the players being dealt a “hidden agenda” card that only they can see on the mobile device that doubles as their controller. Over the next two to four choices, this player acts as a sort of undercover director, trying to secretly influence other players into making the scene go in a specific direction. Because points are assigned both for achieving this goal and for identifying who has the goal, this encourages players to pay attention more to their real-world colleagues than their in-game characters; it also leads to a lot of uncomfortable situations in which you may be voting against the choices you want to make—like comforting the survivor of domestic violence—because you’re trying to selfishly score points.

Hidden Agenda’s multiplayer experience also feels imbalanced, thanks to the addition of “takeover cards.” These cards, earned by being the first to complete quick-time events, allow one player to grab control of a vote. They can also be played without limit on top of one another, which means that strategy and cooperation aren’t nearly as important as reflexes—and this adds insult to injury to those already hampered by input lag.

The game is already pretty bad at getting people to interact and discuss the rationale for their choices, and this is especially true in the last chapter, which gives everybody a different final agenda and one hint on how to achieve it. The initial agendas already stack the deck in favor of the killer, as the game isn’t about cooperating to catch a criminal so much as competing for points, and the final agendas stack the deck even further against those who aren’t the killer, aligning some players with said perpetrator. From a social perspective, it’s a bit like playing a game of Werewolf in which more than half the town begins as werewolves. In single-player or multiplayer, Hidden Agenda is a game in which winning almost always feels like losing.