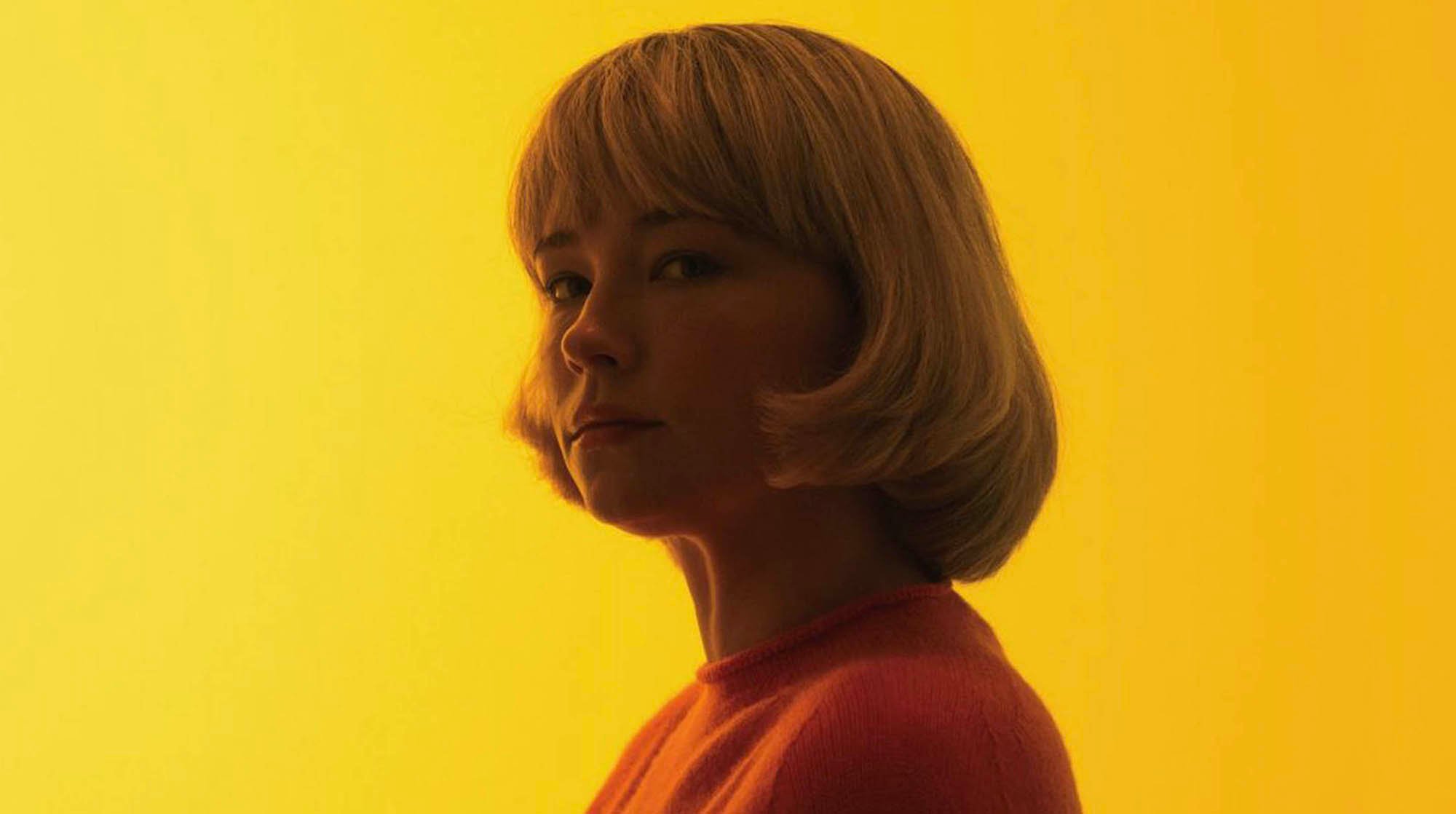 Attempting to divine coherence among films shepherded by various artists via dissimilar methods can be a fool’s errand, but the best horror movies of 2020 were starkly united. Whereas last year’s horror films were generally political in scope, horror this year was intensely concerned with the destruction of the family unit, which is to say that 2019 and 2020 horror inadvertently document a “cause” and “effect” situation between a rigged class system and domestic life. Brandon Cronenberg’s Possessor, Leigh Whannel’s The Invisible Man, and Carlo Mirabella-Davis’s Swallow explore how corporate culture splinters or warps families, while Natalie Erica James’s Relic and Bryan Bertino’s The Strangers use supernatural tropes as symbols for the agonies of dementia. Even the traditional survival thrillers on this list (John Hyams’s Alone, Shawn Lindon’s Hunter Hunter) are, at their heart, parables of families collapsing under external pressures, most pointedly of the financial variety. Next to the terror of paying the bills, especially during a pandemic overseen by an indifferent government, a malignant spirit can seem comfortably, well, containable. Chuck Bowen 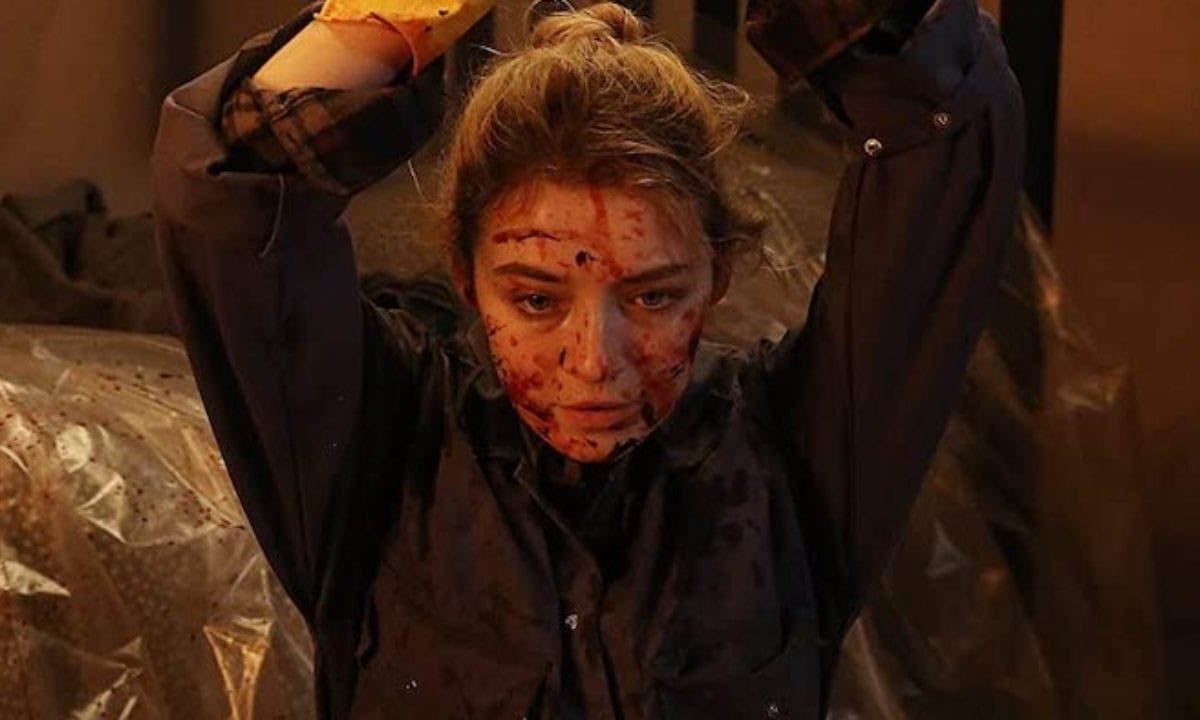 10. A Good Woman Is Hard to Find (Abner Pastoll) 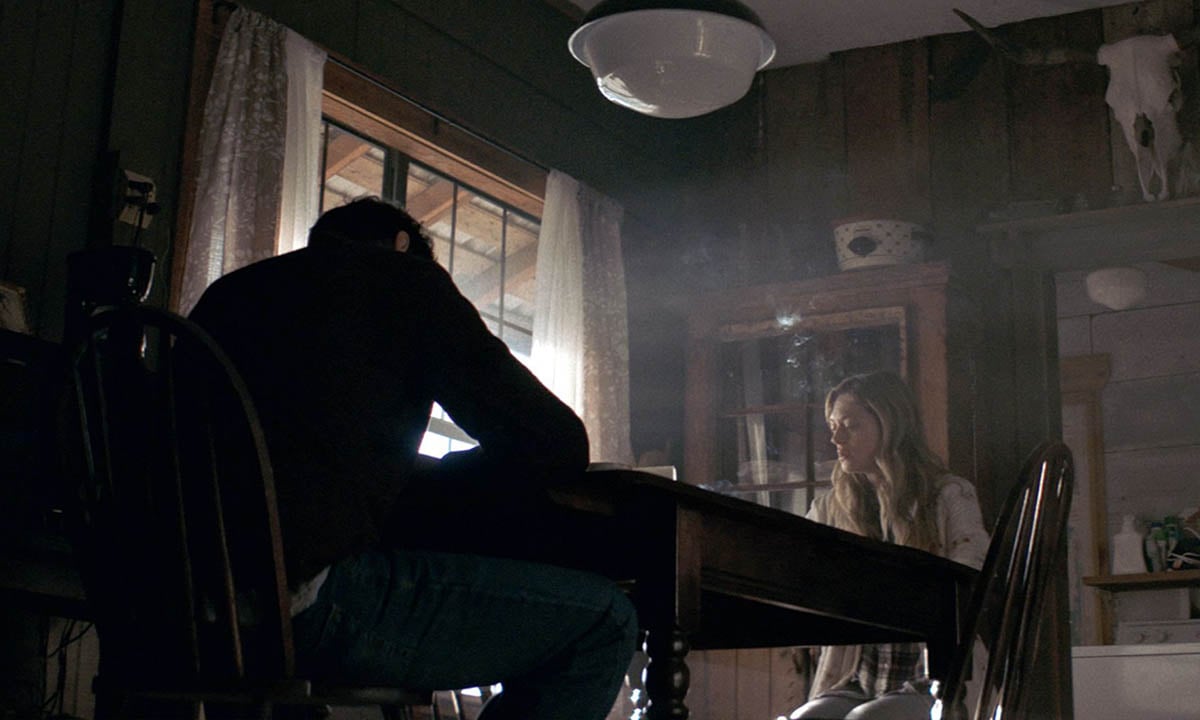 9. The Dark and the Wicked (Bryan Bertino)

Evil is a force implicitly summoned by personal dysfunction in Bryan Bertino’s films, whether it’s the failed marriage proposal of The Strangers or a mother’s alcoholism in The Monster. Bertino certainly doubles down on familial decay in The Dark and the Wicked, a supernatural fable that elevates the subtext of the director’s earlier work to the level of text, in the process nearly dispensing with a monster altogether. It’s an elusive freak-out in the key of a Val Lewton production, with a lonely western-like atmosphere that reflects the protagonists’ disappointments. Aiming for a mood piece in which narrative particulars and characters are secondary to an enveloping tonality of loss and regret, Bertino and cinematographer Tristan Nyby bathe a family’s farm in shadows and define it by a negative space that suggests the demanding, lonely hours of farm life, as well as offers dimensions in which a demon could be lingering anywhere. As he illustrated in The Strangers, Bertino has a very capable, Carpenter-esque way of establishing and exploiting spatial dynamics, which he utilizes here less for set pieces than for impressively sustaining an inchoate sense of dread. Bowen 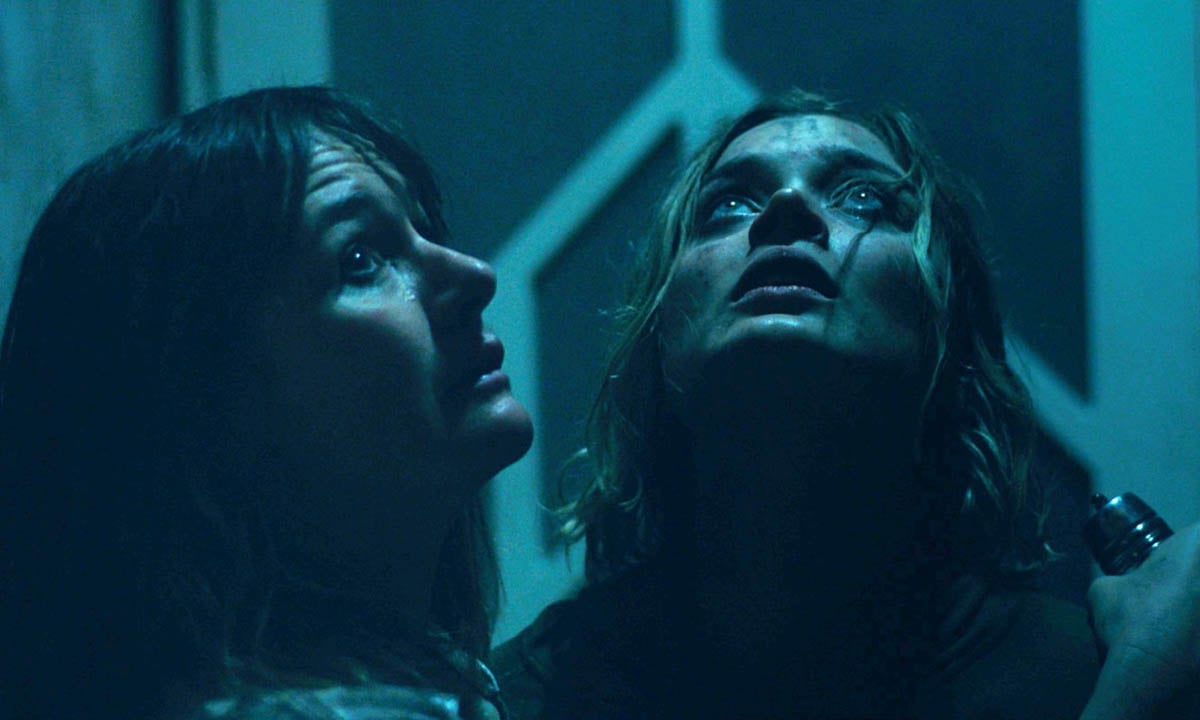 Though Relic is her debut feature, Natalie Erika James demonstrates a confident grasp of tone and imagery throughout the film. She and cinematographer Charlie Sarroff strikingly conjure an ominous stillness, particularly in the scenes set inside Edna’s (Robyn Nevin) increasingly unfamiliar home, where the characters appear as if they’re being suffocated by the walls, railing, low ceilings, and doorways. Relic fixates on rotting wood, the monolithic scope of the Australian woods, and the colors on Edna’s front door’s stained-glass window that meld, eventually, into a single dark spill, as though the house is infected by the old cabin that haunts Kay’s (Emily Mortimer) dreams. In its inventive climax, the film abruptly shift into a visceral nightmare that tears apart notions of body and space and then sews them back together in a new, ghastly form. James resists bringing the story’s subtext to the forefront, in the process imbuing her enigmatic images with a lasting power, turning them into ciphers of broader ideas like abandonment, responsibility, and resentment as they relate to the withering human figure. Never relenting with its atmosphere of suffocating decay, the final stretch of Relic, if nothing else, heralds the arrival a bold and formidable voice in horror cinema. Steven Scaife 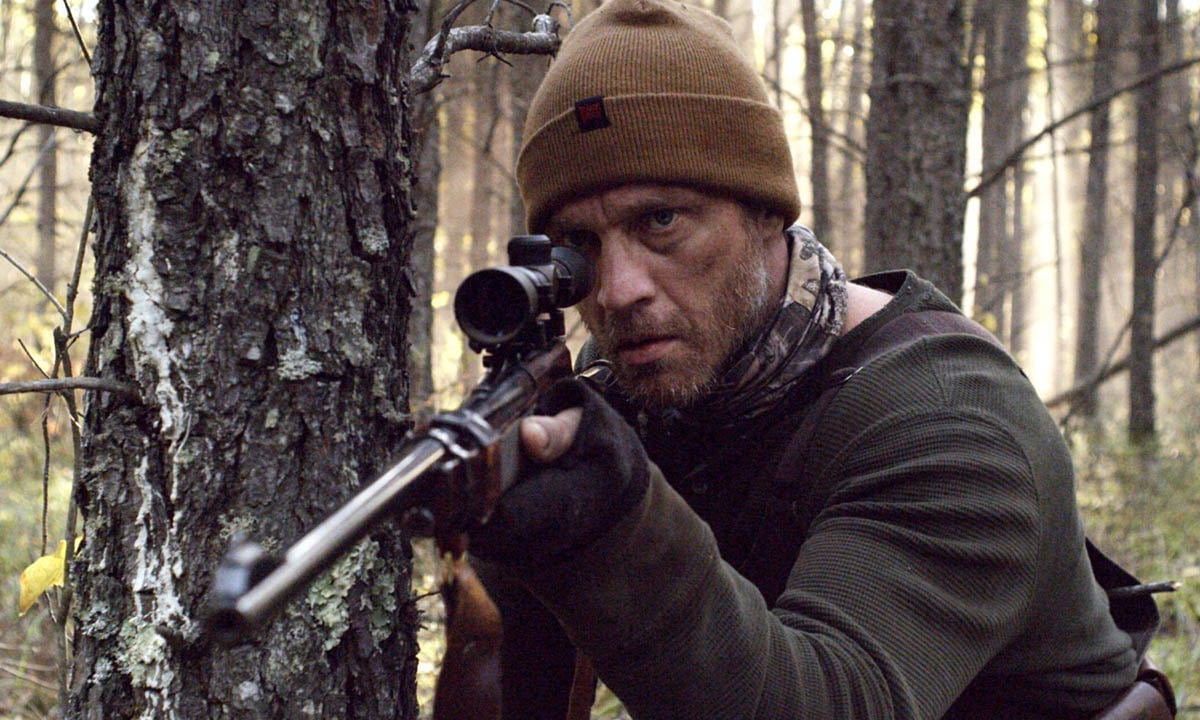 Across Hunter Hunter, writer-director Shawn Linden links us empathetically to every member of a family living off the grid, rather than merely favoring Mersault (Devon Sawa) and his determination to remain in the wild. His wife, Anne (Camille Sullivan), isn’t written as a one-note nag of a wife, but as a poignant fount of common sense, and his 13-year-old daughter, Renee (Summer H. Howell), is shown to be torn between being a hunter and a normal little girl. Linden skillfully draws us into this narrative, emphasizing the nuts and bolts of hunting and the terrifying anonymousness of the drab and shadowy woods, before springing a series of startling traps—of both the narrative and literal variety. In the end, the wolf that torments them throughout the film is revealed to be the lesser of two evils, and it’s here that Hunter Hunter deviates from traditional survivalist tropes, drifting into the realm of neurotic and nihilistic horror. A new menace cunningly conjoins Mersault’s and Anne’s worst fears: of the invasion of the private woods by outsiders and of Mersault’s manly pride as an inadvertent agent of death, respectively. Anne’s final act of ultraviolence is hauntingly understood as revenge as well as a wail of rage, an annihilating reaction to a bleak lifestyle fashioned by sick and selfish men. Linden lends an old and sexist cliché—hell hath no fury like a woman scorned—visceral and queasy credence. Bowen 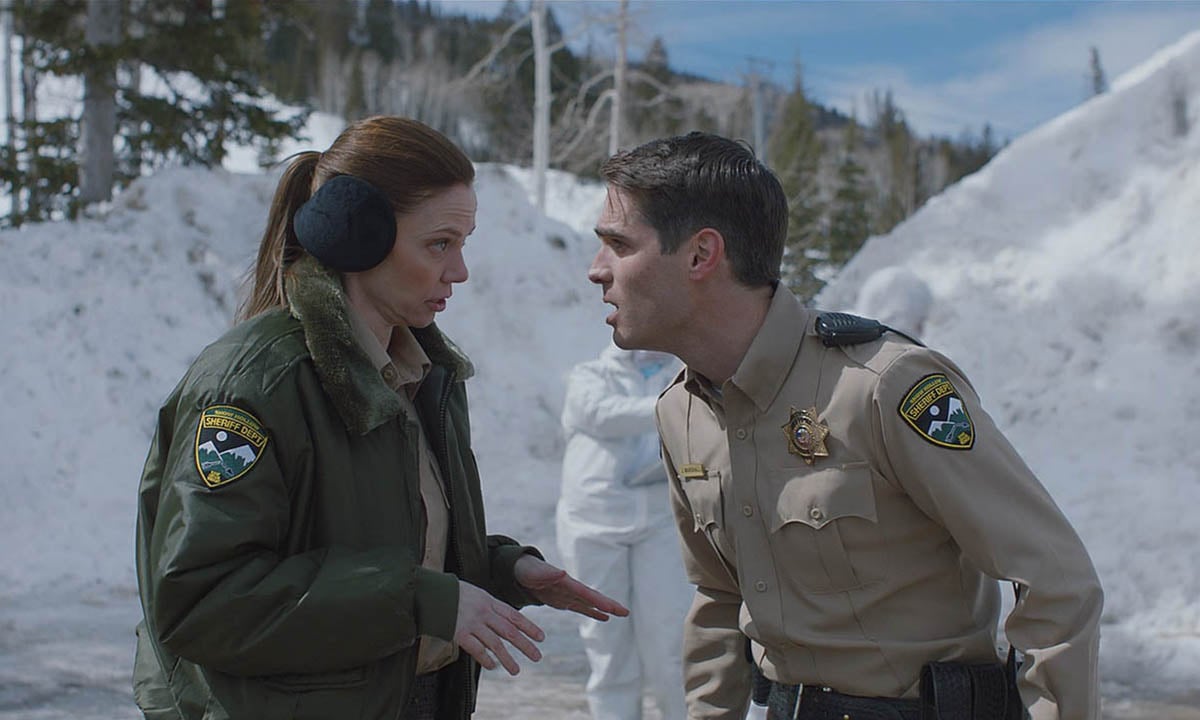 Jim Cummings’s The Wolf of Snow Hollow is set in a small, picturesque mountain town that’s being plagued by a series of murders. The victims are torn apart in a manner that suggests a large wolf, though there’s also a sense of control and calculation to the acts that implies human intelligence. Soon, the townies are talking werewolves while the police haplessly attempt to find the perpetrator. Cummings’s willingness to deconstruct small-town incestuous-ness, while acknowledging the homey attraction of an intimate place in which everyone knows everyone’s name and eats the same meals in the same diner, is unmistakably reminiscent of Twin Peaks. The filmmaker’s risky mixture of comedy and violence clearly owes a debt to David Lynch as well—a debt that’s acknowledged by Robert Forster’s presence here in his final role before his death. Forster’s Sheriff Hadley suggests a continuation of the character he played in Twin Peaks: The Return, and Cummings fashions a swan song worthy of the legend. Hadley is a poignant fading titan whom Officer John Marshall (Cummings) feels he cannot equal, and so the aging man suggests a past version of America, a dream from which we have awakened in order to face a nightmare. Cummings doesn’t have Lynch’s formal daring, but he has reinvigorated an oft-told tale with personal, thorny preoccupations. Bowen