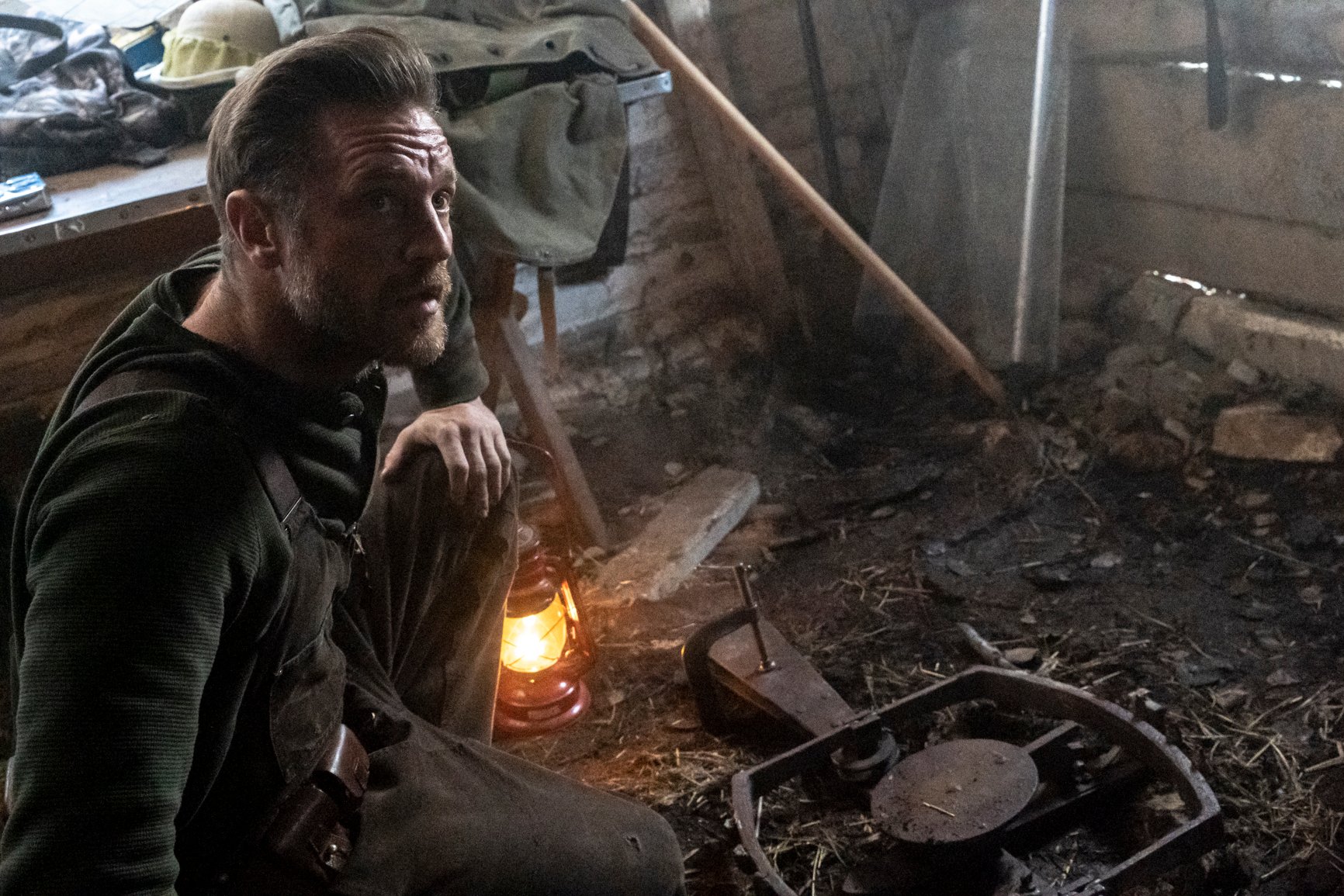 Shawn Linden‚Äôs Hunter Hunter is a survival thriller with an unusual streak of empathy and a nasty and suggestive stinger in its tail. It‚Äôs the 1990s, and Mersault (Devon Sawa) is staked out in the Manitoba wilderness with his wife, Anne (Camille Sullivan), and 13-year-old daughter, Renee (Summer H. Howell). The family lives in an austere cabin and relies on hunting for meager food and income, and the precariousness of this situation is wearing Anne down. In sharp contrast, Renee is eager to follow in her father‚Äôs footsteps, and you may wonder if the father is passing a sort of isolationist trauma down to the daughter (shades of Debra Granik‚Äôs Leave No Trace). Linden fashions tense scenes that establish Mersault‚Äôs resentment of outside society and need to be out in the woods testing his limits, regardless of whether or not he‚Äôs endangering his family in the process. And these tensions are soon exacerbated by the return of a wolf that targets Mersault‚Äôs traps, eating the captured prey and bringing the family to the brink of starvation and financial catastrophe.

Survival stories are often celebrations of machismo, of discovering the primordial heart of the wild and, by extension, oneself. Linden understands his protagonist to be ferociously competent yet pitiably single-minded. In his commitment to adapting to this land, Mersault is ironically un-adaptable, as he can‚Äôt imagine a different life even as he steers his family to ruination. Consequentially, Linden manages to link us empathetically to every member of the family, rather than merely favoring Mersault and his determination to remain in the wild.

Anne isn‚Äôt written as a one-note nag of a wife, but as a poignant fount of common sense, and Renee is shown to be torn between being a hunter and a normal little girl. In one particularly moving scene, Renee begs to go with Mersault to hunt the wolf and he initially consents, though he sends her back to the cabin when the wolf appears to be nearby. On the way back, panic grips Renee as she‚Äôs faced with the dangerous reality of hunting, which disrupts her father-appeasing fantasies. As Anne and Renee increasingly bear the burden of Mersault‚Äôs hunt, he comes more and more to resemble a commanding yet fatally absurd Ahab figure.

Linden skillfully draws us into this narrative, emphasizing the nuts and bolts of hunting and the terrifying anonymousness of the drab and shadowy woods, before springing a series of startling traps‚ÄĒof both the narrative and literal variety. Mersault disappears for stretches of Hunter Hunter, which becomes a frightening story of how Anne desperately cleans up her man‚Äôs mess, embracing a life that‚Äôs coming to disgust her in order to live. This irony is memorably embodied by a truly anguished scene in which a starving Anne caresses a beautiful, old, fat rabbit before breaking its neck for dinner. Linden‚Äôs sensitivity is continually surprising, whether he‚Äôs dramatizing Anne and Renee‚Äôs torment or ruing the death of the rabbit or of a young fawn, or enjoying the camaraderie of Fish and Wildlife rangers.

This empathy is refreshing in its own right, while also ruthlessly lowering our guard. The wolf, revealed in jolting glimpses, isn‚Äôt the most dangerous animal in the woods, as this family is targeted by another menace as Hunter Hunter deviates from traditional survivalist tropes, drifting into the realm of neurotic and nihilistic horror. This new menace cunningly conjoins Mersault‚Äôs and Anne‚Äôs worst fears: of the invasion of the private woods by outsiders and of Mersault‚Äôs manly pride as an inadvertent agent of death, respectively. Anne‚Äôs final act of ultraviolence is hauntingly understood as revenge as well as a wail of rage, an annihilating reaction to a bleak lifestyle fashioned by sick and selfish men. Linden lends an old and sexist clich√©‚ÄĒhell hath no fury like a woman scorned‚ÄĒvisceral and queasy credence.

Review: Greenland Is Not Your Run-of-the-Mill Gerard Butler Disaster Movie

Review: The Father Grippingly Yokes Us to a Man‚Äôs Distorted Sense of Reality

We use cookies on our website to give you the most relevant experience by remembering your preferences and repeat visits. By clicking ‚ÄúAccept‚ÄĚ, you consent to the use of ALL the cookies.
Cookie settingsACCEPT
Manage consent