Partway through Showtime’s Let the Right One In, a man reads a Bible verse to his daughter: “For I know the plans I have for you…plans to give you a hope and a future.” This would be a mundane selection but for the fact that the child, Eleanor (Madison Taylor Baez), is a vampire, and her future is decidedly in doubt.

The 2004 novel by Swedish author John Ajvide Lindqvist upon which the series is based—as well as Tomas Alfredson’s 2008 film adaptation and Matt Reeves’s 2010 American remake, Let Me In—follows the blossoming friendship between a (seemingly) 12-year-old vampire girl and an isolated (actual) 12-year-old boy. The original film has gained status as a modern horror classic, but it’s also, functionally, a love story between outsiders. The series dilates this central premise like a drop of blood on a microscope slide, as creator Andrew Hinderaker seems as interested in the relationship between Eleanor and Isaiah (Ian Foreman) as he is in the bloody cityverse that serves as the backdrop to their intimate drama.

The New York City of this Let the Right One In is dimly lit, gritty, and bleak. It’s also weirdly empty, like something picked over. Here, familiar vampire rules apply—no sunlight, no aging, human blood only—but vampirism is reframed as a viral plague with a possible antidote.

Eleanor’s mother is gone, we come to understand, due to some terrible circumstances, and Eleanor and her father, Mark (Demián Bichir), are on the run. Mark sacrifices everything for his daughter: He’s a chef who can’t cook for his child, a Catholic whose crucifixes must be removed from the walls, a father whose distress and desperation practically seep from his skin. He takes on all the required brutalism, disappearing into the night to dispatch nameless victims and returning with gallon bottles of their blood for Eleanor to drink. Under his endearing paternal idealism, he can be a killer for her sake but insists to Eleanor that “this is not who you are.”

When Eleanor and Mark move in next door to Isaiah and his mother, Naomi (Anika Noni Rose), an NYPD homicide detective, Eleanor and Isaiah gradually begin to connect: They’re both into sleight-of-hand magic, they’re both, to differing degrees, marginalized, and they both understand human darkness beyond what most 12-year-olds should. She fights his bullies for him, and he begins to really understand her, which is a relief for a girl with no peers.

But Eleanor and Isaiah’s relationship is too often sidelined in favor of multiple competing storylines, including Mark’s unending search for a medicinal cure for his daughter’s condition, a police procedural following Naomi as she puzzles out a series of midtown slayings, and a bizarre tertiary plot involving pharma mogul Arthur Logan (Zeljko Ivanek) and his daughter, Claire (Grace Gummer). Thinly veiled stand-ins for the infamous Sackler family, the Logans are seeking a cure for vampirism but fund the operation by producing a highly addictive opiate that, confusingly, generates in its abusers the insatiable need to drain people of their blood.

With so many balls in the air, Let the Right One In often feels scattered, lacking intentional focus when it strays from its ostensible main characters. The season’s most affecting episode is “More Than You’ll Ever Know,” which flashes back to trace the inception of Eleanor’s infection. Extremely intimate moments—like both parents praying at the foot of their child’s hospital bed, or Eleanor’s small “What’s happening to me?”—prove to be heart-wrenching.

Other moments, too, prove quietly affecting: Eleanor listening to Florence and the Machine while puttering around the house during the day; Isaiah crying on the floor of his bedroom, wounded, while his friend sits with him in silence; and Mark envisioning a future for a presumably futureless girl. Sporadic scenes like these are a reminder that Let the Right One In’s central story resonates most when its scope is intimate, its concerns are human, and, as in earlier incarnations, it shows us its beating heart.

Review: Godzilla vs. Kong Is a Perfunctory Spectacle of Lizard-Brain Shock and Awe 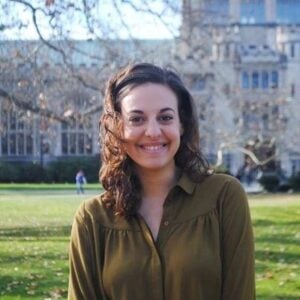 Amanda Feinman is a writer and editor based in Brooklyn, NY. Her work on gender and culture has appeared in the LA Review of Books, Guernica, Lit Hub, AnOther, NYLON, and elsewhere.

The Midnight Club Review: Light on Scares but Brimming with Teen Spirit

Shantaram Review: A Shallow Journey to a Picture-Perfect Paradise