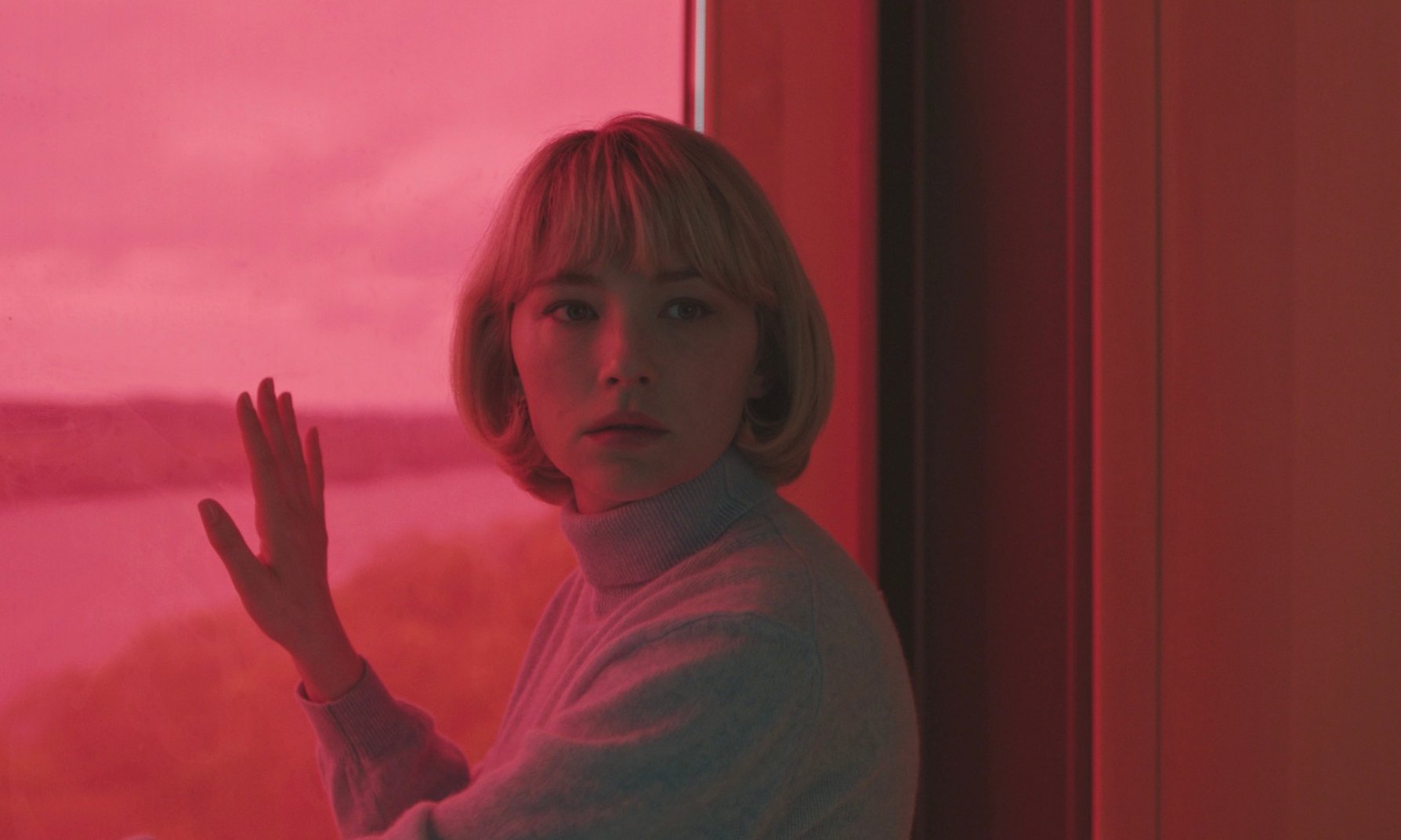 Writer-director Carlo Mirabella-Davis’s Swallow pivots on a queasy premise: the uncontrollable urge of a young trophy wife, Hunter (Haley Bennett), to swallow inedible objects. Hunter first ingests a marble, after touching it as if it’s a talisman, cherishing its assuring tactility. Later, Hunter carefully removes the marble from the toilet after passing it, cleaning it off and placing it on a tray as a trophy. The marble will soon be joined by a stickpin, a lock, and a variety of other increasingly disturbing things. But there’s another wrinkle of perversity to Hunter’s new hobby: She’s pregnant, and the possibility of these objects puncturing her developing child, no matter how irrational, haunts the film.

For a significant portion of Swallow’s running time, Mirabella-Davis maintains an aura of ambiguity, keeping the audience in a state of discomfort as to what Hunter’s ailment precisely means. There are plenty of hints even early on, as Hunter is married to a svelte GQ-ready hunk, Richie (Austin Stowell), who’s more interested in his phone and his job with his prosperous father, Michael (David Rasche), than his wife. Yet Mirabella-Davis initially resists doubling down on the sort of denouncements of the wealthy that come so easy to filmmakers. In his way, Richie seems to care about Hunter, and his mother, Katherine (Elizabeth Marvel), occasionally comforts her. The filmmaker’s initial refusal to totally render these people rich monsters only intensifies the scenario’s mystery and tension.

Mirabella-Davis is also willing to take Hunter to task for her own alienation, as people often tune her out because she has so efficiently rendered herself a dully accommodating and complacent Stepford wife. Her psychological disorder, known as pica, partially appears to be a response to her knowledge of this fact, serving as a contemptuous act of self-punishment, with perhaps an element of sexual gratification. The narrative contains multitudes of subtexts, and Bennett superbly modulates between learned impassivity and outright despair, capturing the pain of a kind of actress who has come to feel trapped in her role. This entrapment is formally complemented by an aesthetic that’s been very fashionable in art-house horror films lately: pristine, symmetrical compositions of stylish, remote residences that express the inhumanity of essentially living in a one-percent fashion catalogue.

Swallow is initially marked by a driving tension, as we’re led to wonder just how awful and crazy Hunter’s habit will become. The film is never as gross as one might fear, as Mirabella-Davis is less interested in shock-jock flourishes than in sincerely rendering Hunter’s physical pain and mental anguish; like Mike Flanagan, Mirabella-Davis is the rare humanist horror filmmaker. As such, Hunter’s choking—the most disturbing detail in the film—becomes a piercing affirmation of her struggle to feel something and be seen.

There’s a strange irony to the film’s second half. As Mirabella-Davis sets about explaining the meaning of Hunter’s predicament, Swallow grows simultaneously more poignant and pat. Dished out in pieces throughout the film, Hunter’s backstory has been self-consciously overstuffed with topical elements of women’s struggles against patriarchal atrocity, from casual objectification and condescension to rape to the struggle to be pro-choice in the United States. (Hunter’s mother is even said to be a right-wing religious fundamentalist.) This psychology eventually waters the evocative premise down with literal-mindedness, so that Swallow becomes less a body horror film than a Me Too parable.

Fortunately, Mirabella-Davis continually springs scenes that either transcend or justify his preaching. Later in the film, a nurse, Luay (Laith Nakli), is hired to keep watch over Hunter. As a refugee of the Syrian civil war, Luay is partially offered up as a device to score points on Hunter’s privilege (he memorably remarks that one doesn’t have time for mind problems when dodging bullets), though he also shows her profound compassion, most acutely when he climbs under the bed with Hunter in a moment of crisis, patting her back with an affection that we’ve never seen extended to her by anyone else.

Near the end of the film, Hunter holes up in a cheap motel, shoveling dirt into her mouth while watching soap operas that peddle the dream of marrying rich and hot—a sequence of profound and wrenching loneliness. And the film’s climax, in which Hunter tracks down a man from her past, Erwin (Denis O’Hare), is equally heartbreaking, exposing Hunter’s swallowing for what it truly is: an attempt at annihilation as atonement, as well as a self-defiling as paradoxical affirmation of control. Hunter resists her status as an accessory by swallowing others.

Review: Saudi Runaway Is a Raw and Immediate Chronicle of an Escape