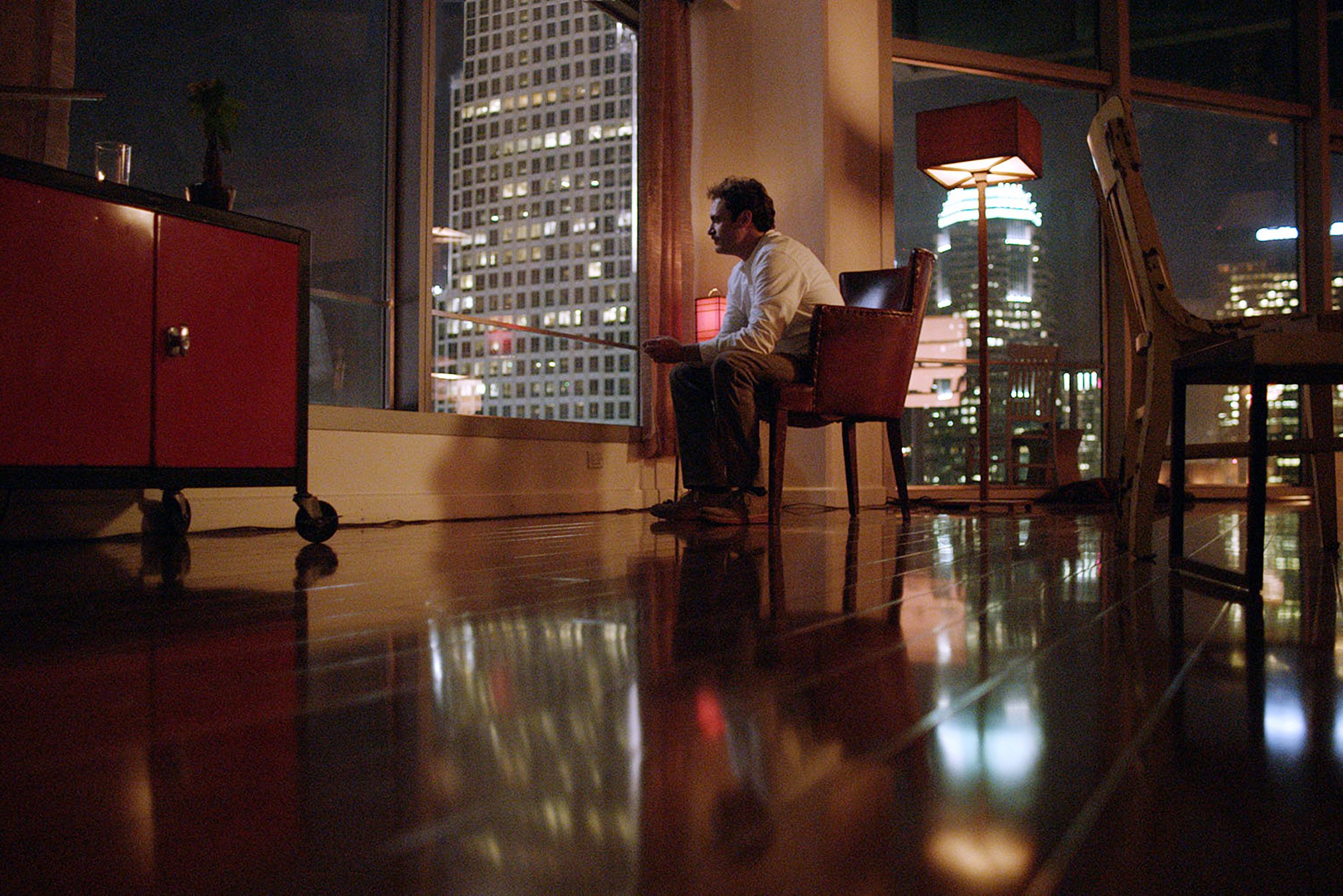 A man falls in love with an operating system. Sounds like the makings of a biting satire on the supposed lack of human connection in the digital age. But one of the most surprising things about Spike Jonze’s new film, Her, is in how it steadfastly refuses to see this predicament from the cynical perspective one might expect. Plenty of ink has been spilled by now about the ways in which technology has had the effect of isolating people from one another even as some of those forms of technology—like Facebook, Twitter, and other forms of social media—have promised otherwise. With Her, it’s as if Jonze said at the outset of the film’s conception, “cynicism’s easy,” and decided not only to take the central romance at least halfway seriously, but to dare to suggest that there may actually be some legitimate validity in falling in love with artificial intelligence.

One reason that Jonze is so persuasive at putting across his defiantly uncynical vision of the modern world is that he couches it in a speculative, defamiliarizing future. If the film’s introduction of its main human character, Theodore (Joaquin Phoenix), dictating a letter at a company called BeautifullyHandwrittenLetters.com isn’t enough to tip you off from the beginning that this isn’t meant to be set in a recognizable present, then cinematographer Hoyte van Hoytema’s images should do the trick, turning what’s ostensibly Los Angeles (the film was, in fact, filmed in Shanghai) into a soft-focus, hazy wonderland, as gorgeous as it is alienating, the visual beauty clashing with the emotional disconnection suggested by the mere existence of a company that serves to help people send letters to each other.

Perhaps the most crucial element of Jonze’s vision, however, is its sympathetic embrace of the volatile beating hearts of its characters. This is no bleak dystopia where the machines have already taken over before the movie has even started; the characters here are distinct individuals with fundamental human desires—for love, for stability, and so on—that technology is theoretically poised to address and maybe even satisfy. In other words, Jonze provides a recognizable emotional context within this futuristic world, with his characters—from Theodore to minor ones such as his longtime friend, Amy (Amy Adams), and Olivia Wilde’s unnamed blind date and a sex surrogate (Portia Doubleday)—experiencing moments of joy, yearning, and melancholy that feel true every step of the way.

Within such a world, then, it makes sense that for Theodore, the operating system who calls herself “Samantha” (voiced by Scarlett Johansson) would serve a primal, lovelorn need, but in this particular case, it’s not as simple as saying that he falls in love with Samantha because he can’t relate to other human beings. Sure, Theodore finds solace in Samantha, who, unlike most human beings, is always there to lend him a sympathetic ear and never judges him for his transgressions, yet as evidenced by his interactions with friends and co-workers, he’s hardly socially maladjusted. It’s just that Samantha represents, to him, an ideal that transcends even what his ex-wife, Catherine (Rooney Mara), once represented to him: a vibrant, inquisitive personality open to everything the world has to offer, free of any pesky human baggage as it acquires infinitely more knowledge about the unfamiliar-to-it human world. This is, of course, the kind of accept-no-substitutes mentality that seems to have become the norm in the digital age, a vision of romance that seems to have no truck with intangibles in its attempt to turn human connections into computer algorithms—but damned if Jonze, with the help of Phoenix in sensitive Two Lovers mode, doesn’t make us buy into this perverse romance by sheer depth of feeling. (Perhaps it helps that, in this surreal world, Theodore is, it turns out, hardly the only one carrying on some kind of relationship with an operating system.)

But while Jonze has his romantic side, he hardly stints on depicting real-world complications and the pain they undoubtedly cause. At one point, Amy, on the heels of a sudden breakup, bitterly characterizes love as merely “socially acceptable insanity,” and certainly Theodore’s relationship with an operating system exudes a certain level of madness, however sympathetically depicted. As often happens when people fall in love with idols and images, however, Theodore eventually runs into trouble in this “paradise.” Some of it is admittedly self-inflicted; those same controlling, passive-aggressive tendencies that made Catherine eventually run away from married life with Theodore rear their ugly head with Samantha. But Samantha—perhaps inevitably, considering she’s a computer program, after all—turns out be the main obstacle toward lasting happiness. The more knowledge she acquires, the more she begins to develop ways of “thinking” that challenge accepted notions of love and romance in ways that jar even Theodore. By the end, Jonze pushes past his tightrope of sincerity and irony into a near-spiritual realm that still maintains its fragilely intimate, bittersweet vibe. When even artificial intelligence turns out to be elusive, perhaps the imperfections of human beings are the only thing we can all rely on.

An Essential Entry in the Up-All-Night Canon: Dazed and Confused Turns 20