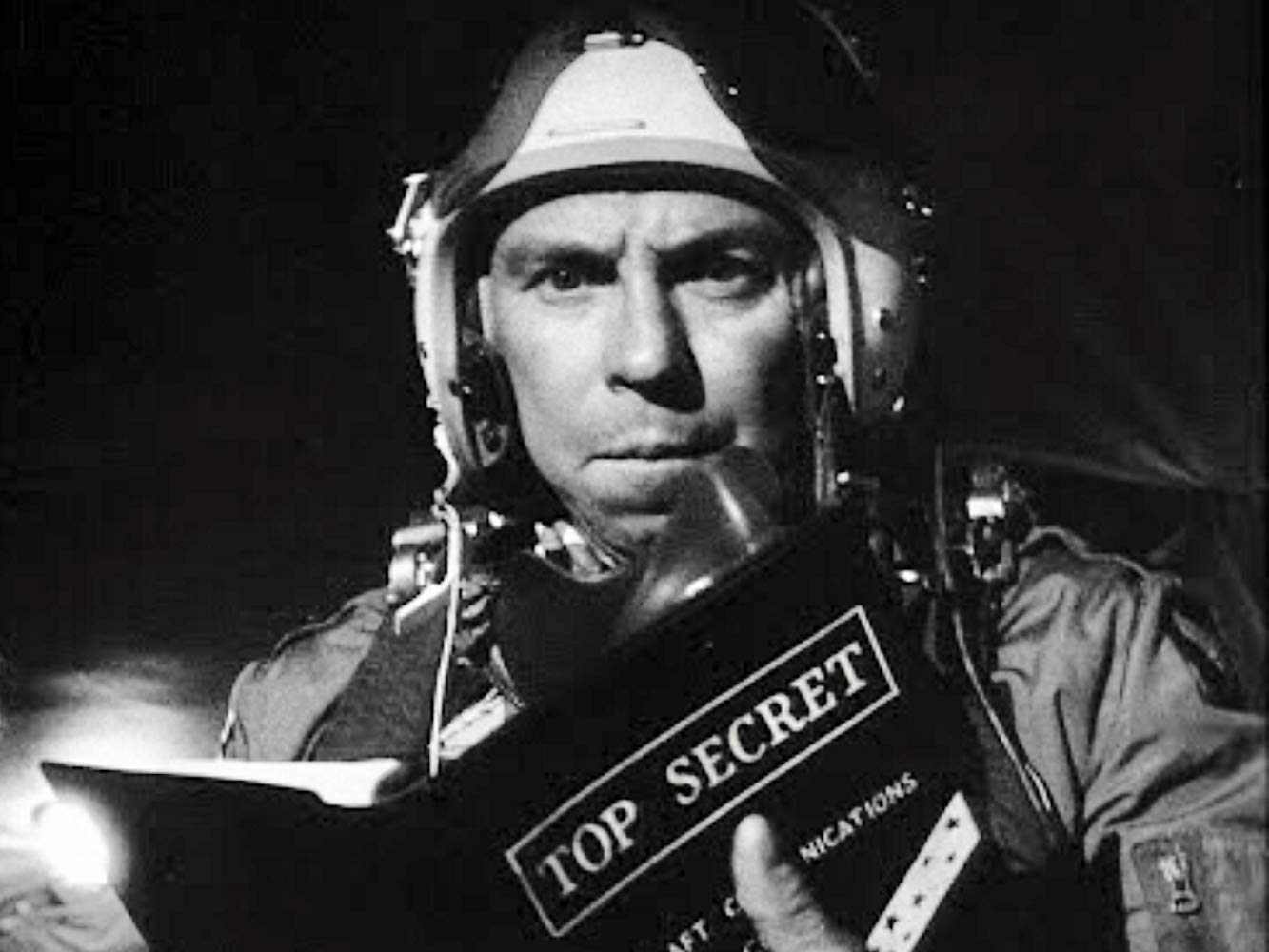 Photo: Columbia Pictures
Editor’s Note: In light of Sight & Sound’s film poll, which, every decade, queries critics and directors the world over before arriving at a communal Top 10 list, we polled our own writers, who didn’t partake in the project, but have bold, discerning, and provocative lists to share.

Eons ago, while still in high school, I composed a list of my all-time favorite films for the first time. The inspiration to undertake such an endeavor was prompted by the 1982 Sight & Sound poll that Roger Ebert wrote about in a mid-‘80s edition of his Movie Home Companion (the 1982 Sight & Sound list can be found here). I haven’t followed Sight & Sound’s pattern and revised my own list every 10 years, but I did institute a personal rule that I’ve always adhered to since that initial teenage list: A film has to be at least 10 years old to be eligible for inclusion. Too often, people get swept up in ecstasy over a film they’ve seen for the first time and can’t fight the tendency to overrate it. Then, years later, they see that film again and wonder what the hell they were thinking. That’s why I think all films need time to age, like a fine bottle of wine, to test their taste over time. As for the distinction between “best” and “favorite,” as far I’m concerned, it’s a pointless one. Each submitted list represents someone’s subjective opinion. I hardly can claim my 10 films represent the “best” movies ever made as no one appointed me the arbiter to rule on such absolutes where none can exist.

As always, the trickiest part comes with rankings. For a long time, I simply rattled off my 10 favorite films in alphabetical order, but people tend to insist that if you’re going to share your opinion on movies, you had better settle on the very best. Deciding my number one came easily, but I’ve frequently shuffled and re-shuffled the rankings of numbers two through 10. If I had my druthers, they’d all be ranked at number two. My 2007 list went all the way to 100, and I’ve done that again this year, with the films landing after about number 20 tending to be arbitrary, and a lot of great films not making the cut at all. Here at The House though, you’re only getting my 2012 Top 10.

Billy Wilder’s screenplay with Charles Brackett and D.M. Marshman Jr. proves surprisingly malleable, never fitting easily into one genre and playing differently in each viewing. It can be the darkest of Hollywood satires or the tragedy of a woman driven insane by a world that’s passed her by. Gloria Swanson’s brilliant performance as Norma Desmond can come off as a vulnerable madwoman or a master manipulator. Similarly, William Holden’s down-on-his-luck screenwriter Joe Gillis looks like a shallow opportunist in some scenes, an in-over-his-head dupe in others. The layers make Sunset Boulevard fresh and endlessly watchable. Wilder and his co-writers always produced great dialogue, but I believe the film stands as Wilder’s greatest work as a director as well. 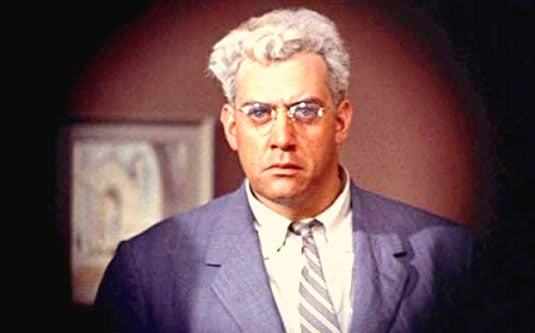 Alfred Hitchcock blessed us with so many classics, it’s hard to pick the best. My list of 100 contains seven Hitchcocks, but Rear Window stands tallest to me. I’ll allow two great directors to state my case. First, François Truffaut from The Films in My Life: “Rear Window is…a film about the impossibility of happiness, about dirty linen that gets washed in the courtyard; a film about moral solitude, an extraordinary symphony of daily life and ruined dreams.” From David Lynch, as he wrote in Catching the Big Fish: “It’s magical and everybody who sees it feels that. It’s so nice to go back and visit that place.” David, I couldn’t agree more. 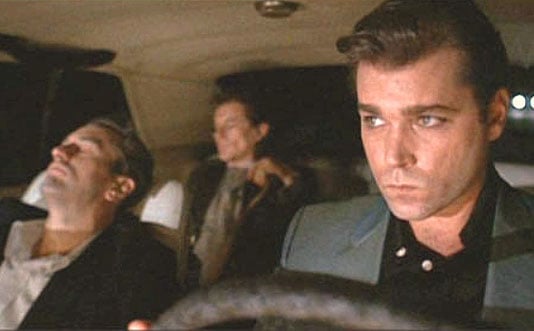 Goodfellas rarely gets selected as the premier example of Martin Scorsese’s brilliance as a filmmaker, and that’s a damn shame because, within its 140-minute running time, Goodfellas not only encapsulates Scorsese and filmmaking at their best, but might be the director’s most personal film. If you wanted to demonstrate practically any aspect of moviemaking to a novice—editing, tracking shots, reverse pans, effective use of popular music—you could turn to this feature about low-level gangsters, which Scorsese disguised as a film school. Goodfellas also happens to be the director’s most re-watchable film and, in a career stocked with masterpieces, it remains my favorite. 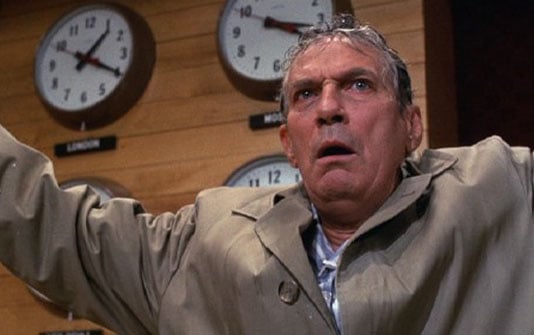 Every time I return to Paddy Chayefsky’s prescient screenplay, something new leaps out that I didn’t catch before. Most recently, it’s from one of Howard Beale’s monologues once he’s become the UBS network’s star. As part of the speech, delivered by the late, great Peter Finch, Beale tells his viewers, “Because you people, and 62 million other Americans, are listening to me right now. Because less than three percent of you people read books! Because less than 15 percent of you read newspapers!” Chayefsky died long before the Internet took off, so remember that the next time someone blames the death of the newspaper industry on the web. Better yet, watch Network and revel in the delicious monologues, magnificent ensemble and Sidney Lumet’s fine direction. 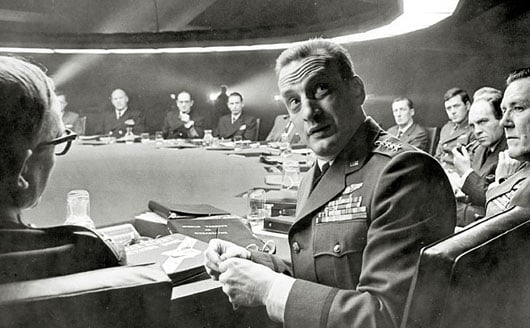 6. Dr. Strangelove or: How I Learned to Stop Worrying and Love the Bomb (Stanley Kubrick, 1964)

Many prefer the Stanley Kubrick of 2001: A Space Odyssey, or later works such as A Clockwork Orange or Barry Lyndon, but I’ve always found him best when satirical, especially when that sharp humor took aim at the futility of war as in the underrated Full Metal Jacket, the great Paths of Glory and the best of the bunch, the incomparable Dr. Strangelove. To take the prospect of nuclear apocalypse instigated by a general driven mad by his impotence and produce one of the wall-to-wall funniest films ever made was no small achievement, but it sure helped to have Sterling Hayden, Peter Sellers in his multiple roles, and, most of all, George C. Scott’s hyperbolic, acrobatic work as General Buck Turgidson.

If I Had a Sight & Sound Film Ballot: Glenn Heath Jr.’s Top 10 Films of All Time

If I Had a Sight & Sound Film Ballot: Eric Henderson’s Top 10 Films of All Time