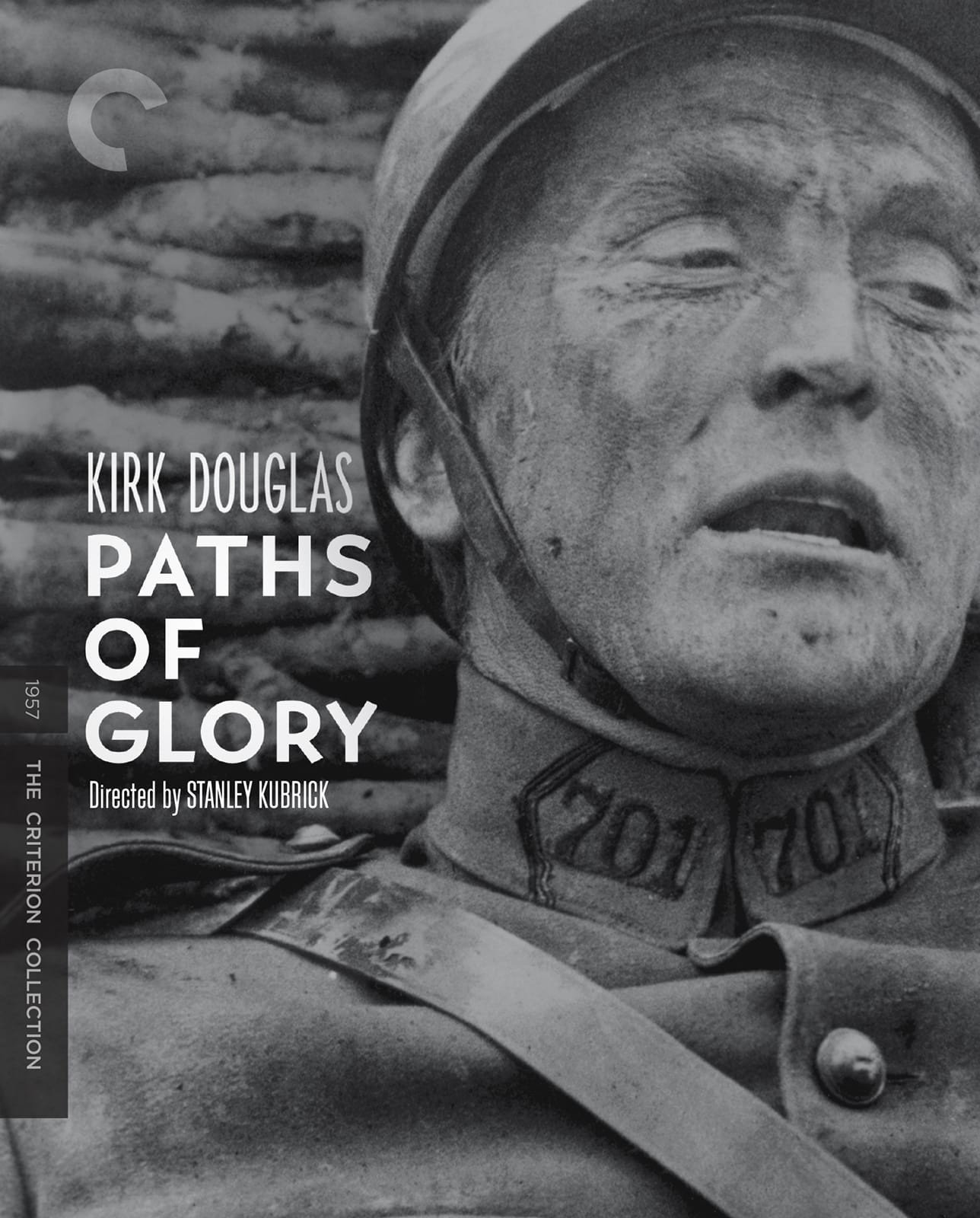 Stanley Kubrick’s Paths of Glory should be Exhibit A in defense of the filmmaker against those who think he lacks human feeling. Though a minor achievement, it’s certainly his most humane film. Unfortunately, it also seems like it could have been directed by that other prominent Stanley of the period: Stanley Kramer.

After the boxing film Killer’s Kiss and the electrifying caper The Killing, Kubrick decided to take on a project with more overtly “important” themes—that of the irrationality of war, the cruelty of the death penalty, and the indifference of France’s old-world aristocracy. Set during WWI, Paths of Glory opens in the style of Kubrick’s early short documentaries with a news-like voiceover functioning as exposition and establishing the setting—a palatial military headquarters far from the front.

The opening scene of Generals Broulard (Adolphe Menjou) and Mireau (George Macready) discussing battle strategy plays more like a court intrigue, with Mireau’s initial proclamation that he values the life of his men above all else quickly (and somewhat humorously) giving way to his desire for a promotion—even if it means sacrificing thousands of lives to take a meaningless German fortification called the “Anthill.” Conversing in a cavernous hall, the two men walk around and circle one another as if in a highly formal dance. Kubrick’s deterministic worldview expresses itself through his careful blocking of his actors. If his films have a claustrophobic quality, it’s due to how carefully he choreographs his actors’ movements to show that they’re not completely in control of their actions; they’re driven by irrational egocentric urges and/or a desire to conform to social norms, or they’re subjected to the cruel whims of the powerful.

When the attack on the Anthill inevitably fails, Mireau has his subordinate officers select three men to stand trial for cowardice, scapegoats onto whom blame for his own failure can be placed. Kirk Douglas, at his most self-righteous, defends the three soldiers, and the trial itself becomes a metaphor for the madness of war. From here, the film becomes a series of monologues for Douglas to puff out his chest and argue against injustice. At last, Kubrick delivers his final, smug declaration about the “brotherhood of man” in the closing scene in which a lustful rabble of French soldiers whistle and jeer at a German peasant girl. Of course, her sweet singing of “The Faithful Hussar” tames their hearts and makes them rediscover their humanity. Its simplistic call for unity isn’t any more sophisticated than that of West Side Story. If only Kubrick could have found a way to visualize these themes, rather than merely convey them through dialogue.

The script also clumsily incorporates exposition. Instead of finding out about Col. Dax’s background through his actions, General Mireau has to declare, “Well, Col. Dax, that’s why you’re the foremost criminal defense lawyer in France!” Like Kathryn Bigelow’s presentation of Jeremy Renner in The Hurt Locker, Kubrick has it both ways with Col. Dax. We’re supposed to admire him because he protests the misguided attack on the Anthill and defends the three soldiers. But Kubrick also presents him as a heroic warrior, climbing up the edge of the trenches during the battle, risking his life to rally his men. When he stoically walks through the trenches as shells are exploding around him, you know we’re supposed to think he’s one cool badass.

Kubrick’s call for a new humanity is fundamentally at odds with his highly objective visual style, especially during the battle scenes. During the attack on the Anthill, when his documentary style could have been most effective, Kubrick instead stages the movement of the French soldiers from right to left across the battlefield, while the camera slowly tracks along to follow them, keeping the actors squarely in long shots. Unlike Rossellini’s revolutionary war films, he never mingles with the combatants. There’s no immediacy to these scenes, no subjectivity.

Thankfully, Kubrick would discard the salvation of mankind as a theme in his later, more accomplished films and return to the style of The Killing, with its less prescriptive (but more profound) study of humans in denial of the universe’s inescapable entropy. Paths of Glory may be first-rate humanity, but it’s also second-rate art.

Though Criterion’s transfer allows for deeply saturated shades within Kubrick’s usually low-lit black-and-white cinematography, it also goes to show how much of that darkness—especially during the battlefield scene at night—serves to cover up the film’s meager budget. Even worse, the monaural soundtrack, once thought to be so immersive, emerges sounding little more than canned sound effects from a radio serial.

Criterion’s special features, usually the justification for the inflated price of their discs, are, as you could imagine for Paths of Glory, reverent and dignified but uninspired. Gary Giddins delivers a fine audio commentary that tones down the hyperbole that usually surrounds Kubrick appreciations, unlike James Naremore, who, in an essay in the accompanying booklet, can’t seem to decide if Paths of Glory is a triumph of humanism or anti-humanism, but nonetheless dismisses other WWI films like Grand Illusion, All Quiet on the Western Front, and Sergeant York as “humanistic, romantic, or patriotic.” Watching separate interviews with Kubrick and Kirk Douglas is particularly edifying, and in no small part accounts for the disjointed tone of the film. Kubrick, introspective and calculating, and Douglas, dynamic and outgoing, seem to personify the film’s hyperbolic mixture of cynicism and idealism. And since Paths of Glory has become the go-to film for high school teachers seeking to dramatize the Great War, it’s only fitting that the disc includes a documentary about the real-life events that inspired the film.

Paths of Glory may be first-rate humanity, but it’s also second-rate art.

Blu-ray Review: Ingmar Bergman’s The Magician on the Criterion Collection