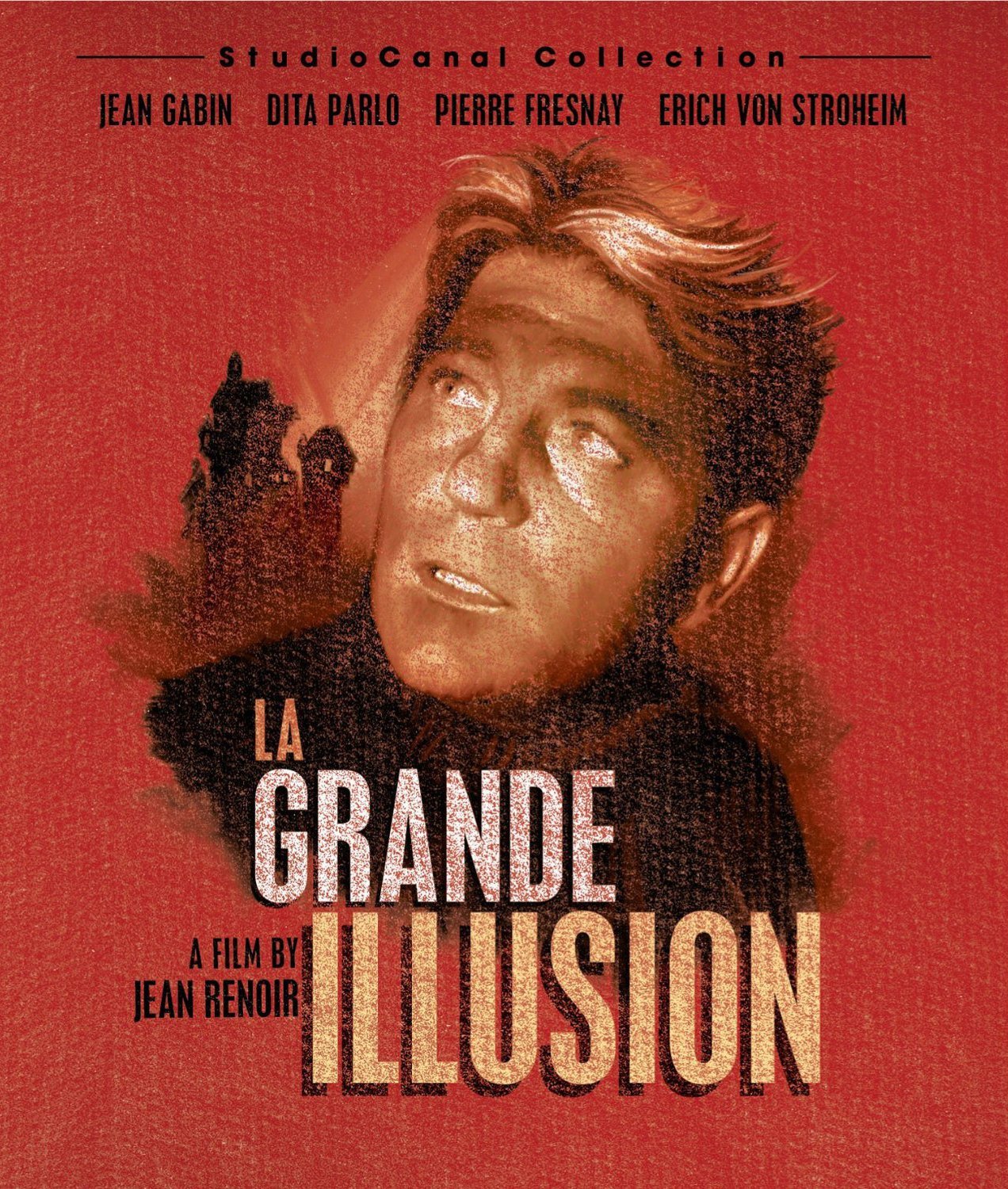 The cinema is unthinkable without Renoir, but Renoir is unthinkable without the theater; these two suppositions would seem pitched in perpetual struggle, but it would be difficult to find a body of work by any other master that’s as majestic as it is serene. The miracle of Jean Renoir is forever linked to the sheer unlikelihood that his cinema was ever imagined, by anyone, at any time, and its ephemeral character, crucial to its sensations as well as his preferred themes, is compounded by the circumstances that threatened its survival: war, suppression, and the ravages of time. La Grande Illusion was, famously, declared “Public Enemy Number One” by Goebbels, who ordered all prints to be confiscated and destroyed and, for the first 20 years following its release in 1937, the original nitrate negative was thought to be lost. Such history can’t help but feed back into a film that’s already filled with regret, longing, and the unquenchable desire for things that must pass, or have already passed.

Ostensibly a prisoners-of-war drama, a classic that influenced every subsequent POW and prison-break movie (Renoir’s assistant here, Jacques Becker, would make one of the worthier successors, 1960’s Le Trou), La Grande Illusion encompasses a wide range of tones: righteous anger, impotent rage, high-spirited joie de vivre, and the melancholy of the dying aristocracy. A classic of unusually amorphous structure, with a vague, conceptual title and a high frequency of narrative ellipses, the last of those emotions concerns an aspect of the plot that critics usually mark down as the film’s primary focus, probably because whenever the film seems to pause and gather itself together, it’s the German Captain von Rauffenstein (Erich von Stroheim) and the French Captain De Boeldieu (Pierre Fresnay) that we see, basking in the fading embers of their privileged status.

Perhaps what makes the film great is that, while it is quintessentially French (as much as one could restrict saying so to just one Renoir film), and proudly French, it scrutinizes its own temptation toward jingoism; neither the spirit of the nation, nor that scrutiny, are undercut, and the two philosophies, that ought to cancel each other out, end up serving as the other’s counterweight. This cantilevered design, relying on the tension between two opposing concepts, can be found in many great works of art.

The grand illusion of the title can apply to many things. In dialogue, it comes closest to the idea that “the war will be over in a few weeks,” a necessary lie that those who live in wartime tell themselves. But it also refers to more eternal things, or, more correctly, the bittersweet taste that comes with the realization that eternal things have a bad habit of slipping away, with only words and feelings to observe their passing. That’s why, almost in spite of Jean Gabin’s great performance, with support from such staples of the French cinema as Gaston Modot, Julien Carette, Marcel Dalio, among others (indeed, despite the fact that Gabin and company are as much the film’s backbone as the working class they symbolize are the backbone of France), Renoir’s masterpiece would not be complete without the slipping mask of aristocratic pride, as represented by von Rauffenstein and de Boeldieu. More than one critic has pointed out that the “illusion” of this film, and the “game” of Renoir’s 1939 masterpiece, are probably two sides of the same coin: the obscure object of desire, the unnameable object of fondness indicated by a wry, sad smile.

Even accounting for all of that, the two bluebloods are omitted from the film’s long, final passage, whose resemblance to the sweetly pastoral magic of Jean Vigo has only a little to do with the appearance of L’Atalante’s star, Dita Parlo. Here the grand illusion is peace, or the absence of fighting, even the cessation of time itself. It’s in the last act that Renoir applies an elegiac, “magical realism” that, because of the film’s well-earned status as a timeless classic, complicates the otherwise dominant perception that the director’s soul was that of a comedian—a music-hall comedian to be precise. Even The Rules of the Game, which climaxed in tragedy and tears, ended as a play might, with a few curtain calls, the lights being dimmed, the ushers conveying us to the exits. La Grande Illusion closes with two figures trudging through the snow, their future uncertain: a Chaplin ending, but also a Borzage one, a bid for the kind of transcendence that Renoir usually brushes off his shoulder.

Any Criterion Collection fanatics who mourn the fact that their beloved brand lost the rights to Jean Renoir’s film—their first spine number—can stow their sackcloth and cease their lamentations: After you get past the inappropriately slick Blu-ray menu, you’ll be happy to note that Lionsgate’s 1080p transfer of La Grande Illusion (courtesy StudioCanal’s primo 35mm materials) is tip-top, with all the cleanliness and “good grain” you would expect from the folks at Criterion. The 2.0 DTS track, in German and French (with a smattering of English), is equally robust—a well-managed mix with no apparent tampering or over-smoothing.

The extras from Criterion’s 1999 edition didn’t make the journey, but Lionsgate made an honorable effort to assemble a new kit. Their Blu-ray is supplemented by a set of well-produced and educational featurettes, “La Grande Illusion: Success, Controversy,” with historian Olivier Curchod, “The Original Negative” by Natacha Laurent, and an introduction by Ginette Vincendeau. The disc also includes a restoration featurette and two trailers (one from the original release, the other from the 1958 restoration).

Lionsgate makes a play for prestige cred with another entry in their StudioCanal Collection, and their superb disc for La Grande Illusion will wipe away any salty tears that it doesn’t carry the Criterion logo.