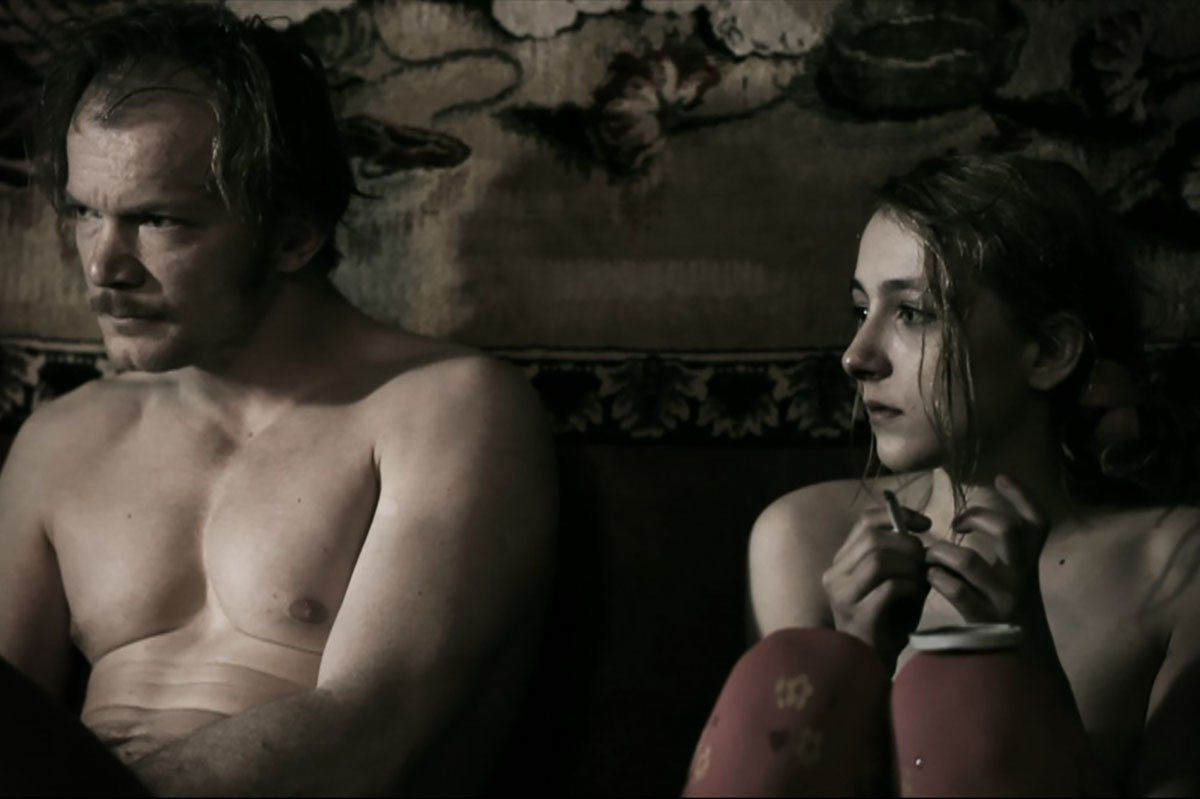 One of the girls in front of me asked aloud, “So, who’s that old lady with the red hair?” They didn’t know it was Ingrid Caven, one of the great German actresses, once married to Rainer Werner Fassbinder and now passing by us on her way to give a talk at this year’s Filmfest Munich. The girls had come to see James Franco, who was at the festival to present three of his “weird artsy films”—films they would watch in spite of never understanding. This is what Filmfest Munich, the eclectic, hyperactive little sister of the Berlinale, is about: Focused mainly on being an audience-pleaser, it provides no real leitmotif or focus, leaving plenty of room for personal interpretation, and sometimes wonder.

One of those controversial festival choices this year was the Cinemerit Award that was given to Melanie Griffith for her lifetime achievement. And as Isabella Rossellini rightfully mentioned in Late Bloomers, once you start receiving lifetime achievement awards, it means you’re done. We’ve heard little from Griffith in years, at least on an international level, not since her notable performance in John Waters’s Cecil B. Demented 12 years ago, so eyebrows were raised (metaphorically speaking, as Munich is also a hot spot for Botox injections) when it was announced that she would be this year’s recipient, succeeding John Malkovich. But Griffith brought some glamour to the boiling hot Bavarian city and added to the festival hype. As did the perpetually sleepy-eyed Franco, who drew quite a crowd when introducing and talking about his films. His audience mostly consisted of fangirls, but his heartthrob persona admirably drew people to films that are normally only of interest to the nerdiest of cineastes.

Franco’s trippy and demanding meta-observational piece Francophrenia (Or Don’t Kill Me, I Know Where the Baby Is) focuses on Franco, the crazy, mass-murdering artist he played on ABC’s long-running soap General Hospital. In his final episode, the character stages a vernissage that’s supposed to lure out his victim/art-piece so he can commit his last und ultimate crime. The actor felt this episode was particularly interesting in its ambiguity, so he brought his own camera team to document the filming process—to show James Franco playing Franco. The end product is a mesmerizing and bewildering thought piece, both thoughtful and funnily schizophrenic, about the boundaries between actors and the roles they inhabit. Just when it seems that the documentary confirms simple notions of the actor as a crazy, artsy, and erratic type, he complicates everything by adding another fictional layer: a stream-of-conscious voiceover seemingly coming from the actor’s mind. As a result of this brilliant prank, scenes that seemed real and documented lose their sense and reliability. His voiceover muddles all previous interpretations and leaves the audience with no proper understanding of Franco, only with the certainty of having been mindfucked.

Unfortunately, Franco’s two other films couldn’t keep up. Both Idaho and My Own Private River are a result of Franco’s obsession with Gus Van Sant’s My Own Private Idaho. He got access to the raw material of the original and was allowed to tinker with it and cut his own versions. The idea is just as brilliant as Francophrenia, except the end results are less cinematic, feeling as if they would work better inside an art gallery; the films also demand familiarity with Van Sant’s original. But this is where the canniness of Munich’s eclectic lineup is found. By pairing big names with independent films and cinematic gems that normally wouldn’t attract much attention, the festival widens the reach of film. If only one percent of Franco’s fangirls is now intrigued enough to go and see My Own Private Idaho, this festival has done its job.

The lineup this year was heavy on romantic comedies and Amerindie fare. While Friends with Kids failed to impress, by pretending to be a different kind of rom-com and then falling short and returning to the usual memes of the genre, two other films impressed. Your Sister’s Sister and Safety Not Guaranteed, both coincidentally starring a brilliantly demure Mark Duplass, managed to transport their messages with quirky dialogue, unique interpretations of emotions, and coy observations about the human condition. Although both films aren’t executed perfectly and could both have been much more daring and transgressive, they were a welcome alternative to the usual rom-com tripe starring Jennifer Aniston, Katherine Heigl, Sandra Bullock, and the like. These films also provided an interesting contrast to a number of coming-of-age stories from European directors set on exploring love and sexuality, though in a different mode. Both Maja Milos’s Klip and Christian Klandt’s Little Thirteen thrive on raw and rampant sexuality, with female characters who compensate for their emotional wounds but also grow from their experiences and discover themselves along the way.

More artistic in its approach and even more radical is Anka and Wilhelm Sasnal’s It Looks Pretty from a Distance, the story of a small and poor Polish village and its inhabitants. Pawel (Marcin Czarnik) is a young man who suffers the indignities of his insane mother, a callous girlfriend, and taciturn neighbors. One day he gets up and leaves. When he returns months later, he finds his house burnt, his belongings stolen, his girl indifferent, his existence eradicated. But underneath the narrative there’s a layer of experimentation, as the story stands for a story that is in itself untellable: the Holocaust. Claude Lanzmann’s Shoah already tried to find a way to cinematically speak about the Holocaust, to engage with its horrors without trivializing them or resorting to declamatory metaphors like Spielberg’s girl in the red coat. The Sasnals do the same by removing as much narrative as possible from the actual story, so what remains is an emotional surplus, a strong and dismal feeling of loss that remains close to the original trauma.

Another radicalist, Leos Carax, puzzled audiences with his road-movie/fairy-tale whatsit Holy Motors. The interpretations of the plot are various, but it seems that everyone agrees that the film is a diverting, yet melancholic, ode to the fading of cinema as an art form. Or as one patron put it after seeing the film: “I didn’t get it, is it like the crazy art version of Drive with monkeys and gnomes?” Luckily, the festival also provided some more straightforward action—that is, Ryan Gosling doing some driving, with no monkeys or gnomes involved—thanks to the Nicolas Winding Refn retrospective.

Before Drive cemented his reputation as one of our most interesting visionaries, Winding Refn first drew critics’ attention with Pusher, which he made when he was only 24. Watching his early films back to back, one understands Winding Refn’s cinema as a long and fierce engagement with noir’s notions of masculinity and brutality. All three Pusher films, Bleeder, and Fear X are essentially films about men on the edge—men who are unable to communicate their feelings, keeping them inside until they burst out in violence. Especially in his early films, the influence of the Dogme movement is apparent, his camera handheld and shaky, the compositions roughly framed. While his aesthetic has smoothed and matured over the years, his interest in male aphasic characters has remained the same. His career took a plunge following Fear X, but he successfully rebounded with the highly acclaimed Bronson and Valhalla Rising. A little trivia: Winding Refn was awarded lifetime achievement awards in 2006 (from the Taipei International Film Festival) and 2007 (from Valencia International Film Festival), which, considering his career slump, basically carried the message that he was done. Today, Winding Refn is one of the most in-demand directors in the world—so maybe that will give Melanie Griffith some hope.