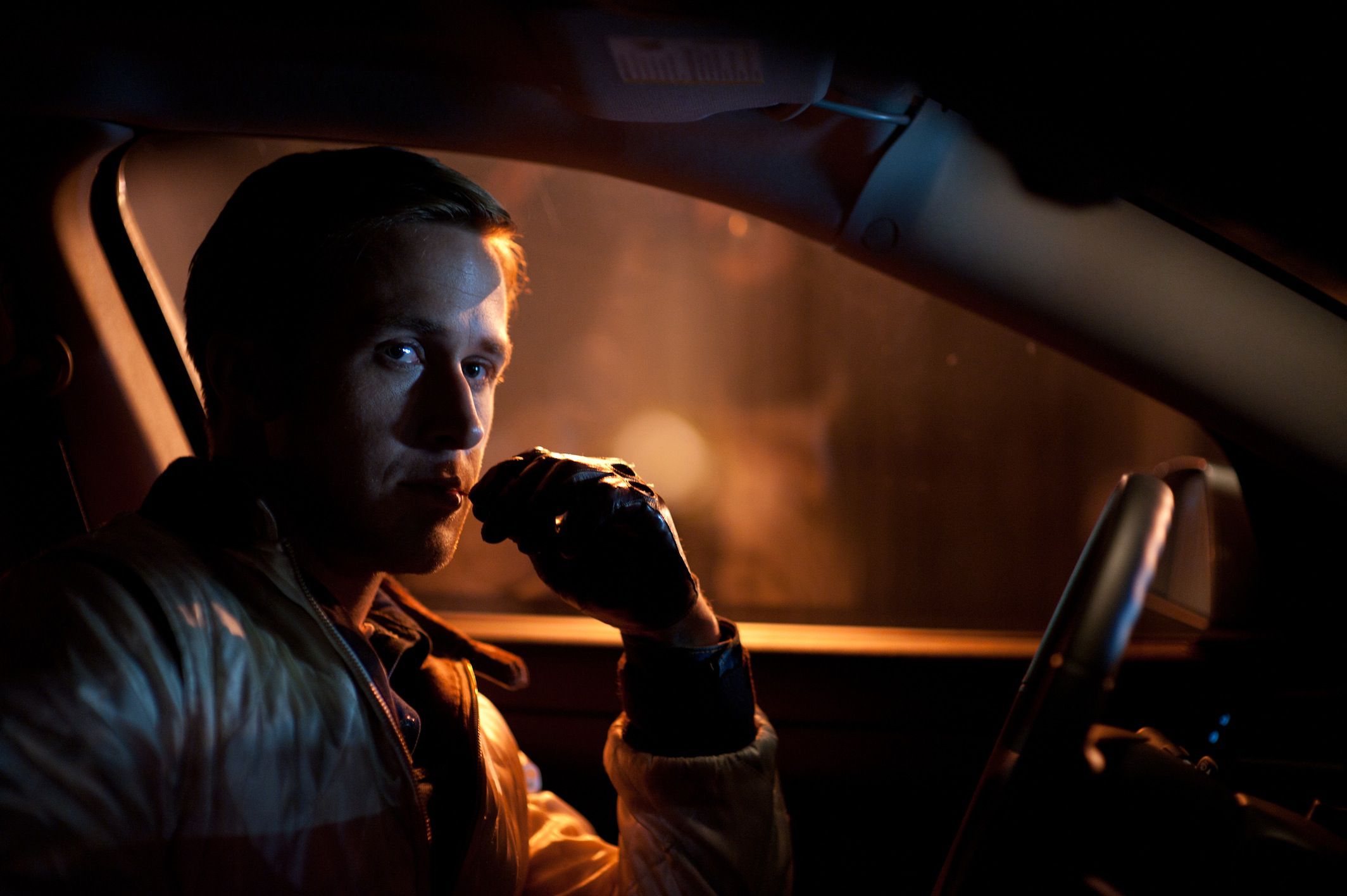 Ryan Gosling’s driver in Drive behaves, for the most part, the way lots of guys would like to behave in real life, but can’t, often for physiological reasons. When I got home after the screening, I was sweating like a bloated rhino, feeling all of my 30 overweight pounds, my hair askew. There are dirty dishes in the sink, I’m out of toilet paper, expended coffee grounds are still in my percolator, and I’m distracted by the urge to watch that creepy trailer from The Minus Man on YouTube, for no reason whatsoever. Ryan Gosling’s driver from Drive would have none of this. All he needs is a toothpick hanging from his lip, a car part to mend on the kitchen table, and he’s good to go.

Thanks in part to Gosling’s performance, it’s abundantly clear that Nicolas Winding Refn is paying homage to The Driver, Walter Hill’s seminal, 1978 action film: the hero with no name, a driver who does nothing else but drive, but he’s better at it than most of us will be good at anything. The title. Gosling’s stoic performance also owes a lot to Ryan O’Neal’s; Hill realized, as Kubrick had with Barry Lyndon, that O’Neal was at his very best when he wasn’t required to do any acting. I wouldn’t go so far as to describe Gosling the same way, but he plays “no expression” beautifully, and that’s a good thing, since great chunks of Drive depend on it.

A lot of critics will talk about how the movie is a stripped-down, “pure” genre piece, and there’s a lot of truth to that. What may not get as much press is the way stripped-down-ness is an affectation, and always has been. That’s not a bad thing, necessarily. Films that comprise Drive’s ancestry (Hill, certainly, but Jean-Pierre Melville before him, and Takeshi Kitano, just to name a few) don’t just seem to have a simpler, meat-and-potatoes feel to them when they’re compared to other films, i.e. that they’re quieter, simpler, don’t have as many moving parts, etc. No. Their character is a result of careful construction, not reduction: In Robert Bresson’s Pickpocket, when Michel rifles through straphangers’ jackets for their billfolds, it’s not as if Bresson took a normal pickpocketing bit from another film and reduced it to an elemental foundation. The pent-up, nervous gazes, the train noise, the texture of newspaper and suit jacket, the swollen pauses, all of this indicates a complex interplay of layers and objects and sounds, not a decimation of another film’s fullness.

Refn is no Bresson, but he may, eventually, come within shouting distance of Hill. On the evidence of Bronson and Valhalla Rising, Refn seems a furiously inventive and intuitive image-maker, if not the most disciplined of storytellers. Discipline can wait. Drive contains a hash of beautiful images, often in the interest of abstracting and de-dramatizing key moments, preferring instead to keep the iron on a consistent, tightening visual rhythm: an execution in the waves is periodically blown out by a strobe-like lighthouse beacon; a duel is depicted in silhouette. Refn is no stranger to baroque visual abstraction, and Drive, in some ways, has some roots in Valhalla Rising, particularly when it comes to that film’s copious blood-spatter and near-mythically stoic hero.

Drive is Refn’s first film with an all-star cast. Albert Brooks so shook Cannesgoers that there was chatter he would walk off with the Oscar in 2012. His scary turn, however, should not overshadow a finely tooled supporting cast. In particular, Bryan Cranston (woefully underutilized in the present season of Breaking Bad) reminds us of his incredibly dynamic range, as if we forgot he was the comic centerpiece on Malcolm in the Middle. He hams it up beautifully as the driver’s agent/father figure/Falstaff, an intersection between Stumpy from Rio Bravo and Eddie the mechanic in Kiss Me Deadly. Disappearing lithely into an extended cameo as a skanky gun moll, Christina Hendricks shows she could have played all of Mark Wahlberg’s sisters in The Fighter, Winklevoss-style, and would have made each of them unique. Smaller but substantial honors should go to Ron Perlman (acting with massive choppers and a wise-guy jogging suit), and, as Carey Mulligan’s troubled, jailbird husband, Oscar Isaac.

The film’s problems, forgivable for the most part, stem from Refn overplaying his hand in using quiet longueurs as parentheticals for his money sequences of bloody violence and demolition-derby car chases: The driver’s relationship with Carey Mulligan’s lonely, might-as-well-be single mother is never entirely convincing (mostly because her role has no maternal character that would be recognized as such by anyone from planet Earth), and too much repetition in shots showing the driver bonding with her son don’t help. Such clumsily, overly insistent scripting also has a hand in saddling Ron Perlman with unnecessary, psychologizing backstory; much more effective is Albert Brooks relating the story of Cranston’s limp. Tone wins out over information.

What you want to know about Drive is that its three big, action set pieces are impressive and exciting. What solidifies the film is that Refn requires patience of his audience—patience as its own reward, judicious employment of silent spaces that go a long way in building tension, while the set pieces provide release. In an age when wunderkind directors like Zack Snyder are convinced that nothing short of wall-to-wall excess will do, it’s nice to see a director pursuing a greater sense of balance.