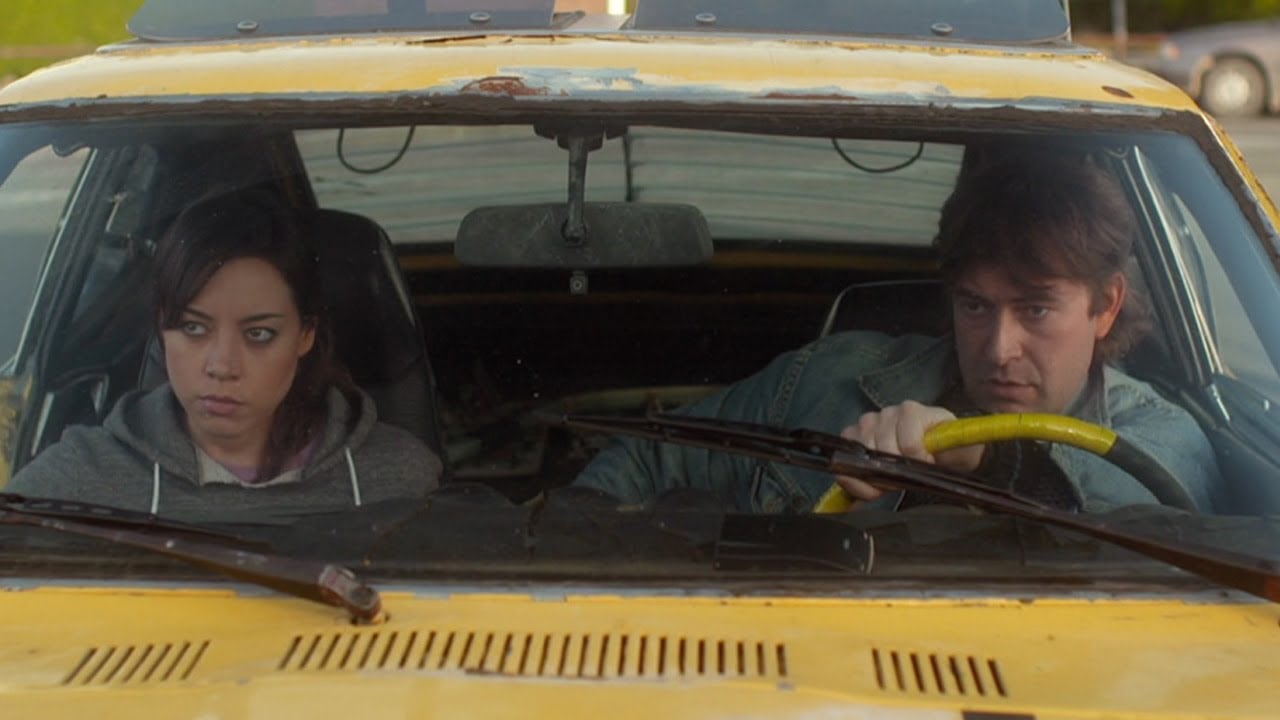 More focused on emotion than adventure, Safety Not Guaranteed teases out the possibilities and perils of time travel without embroiling itself in the confusion inherent to the subject. It also avoids most of the usual sci-fi clichés, with a suburban mad scientist who’s part man child, part Morel, using his invention as a means to heal adolescent scars. Played by Mark Duplass with just the right mixture of oblivious eccentricity and simmering hurt, the deft handling of this potentially ridiculous character is one of the many nice touches in this surprisingly poignant comedy.

The story here primarily belongs to Darius (Aubrey Plaza), a cynical magazine intern with emotional scars of her own. Like Duplass, who gets the chance to provide shading on his usual immature on-screen persona, Plaza is granted what amounts to the deeper examination of the type of character she plays on Parks and Recreation. The pinpointing of the well of pain below such sarcasm is a little pat (a 14-year-old Darius inadvertently contributed to her mother’s death by sending her out to buy chocolate milk), but the subsequent shattering of her hard shell is well executed. It also situates her neatly among a cast of characters stuck halfway in the past, people who seem to be perpetually reliving old mistakes.

Darius gets a chance to confront her sorrow when someone places an ad in a Seattle paper searching for a time-travel companion. The man behind it turns out to be Kenneth Calloway (Duplass), a grocery clerk obsessed with loud cars, big guns, and jean jackets. Darius and fellow intern Arnau (Karan Soni) set out to a costal Washington town under the command of d-bag reporter Jeff (Jake Johnson), who’s more interested in hooking up with an old flame than investigating the story.

The film inevitably hinges on two pairs, the odd-couple partnership between Jeff and Arnau and the deepening relationship between Kenneth and Darius, who proves just sympathetic enough to be taken into his confidence. It’s an interesting dynamic, because it presents four types of characters that are usually played for laughs (the sardonic cynic, the out-of-touch loser, the arrogant asshole, the quiet ethnic guy), but eventually forsakes mockery in favor of understanding. Each gets at least one moment of comprehension, be it the revelation of a secret deformity or a newly broken heart, which makes the jokes pointed in their direction feel more fairly distributed.

The film’s ending does seem to conflict sharply with its “you can’t go back” message, with the sudden appearance of special effects signaling an abandonment of the emotional and narrative verisimilitude exhibited so far. But it’s easy to excuse the film for going for the happy ending, considering how balanced it’s been up to this point, crafting characters that aren’t defined solely by silliness or sentimentality. Safety Not Guaranteed may not be a great comedy or a great drama, but its adept dabbling in both styles makes for a roundly enjoyable movie.