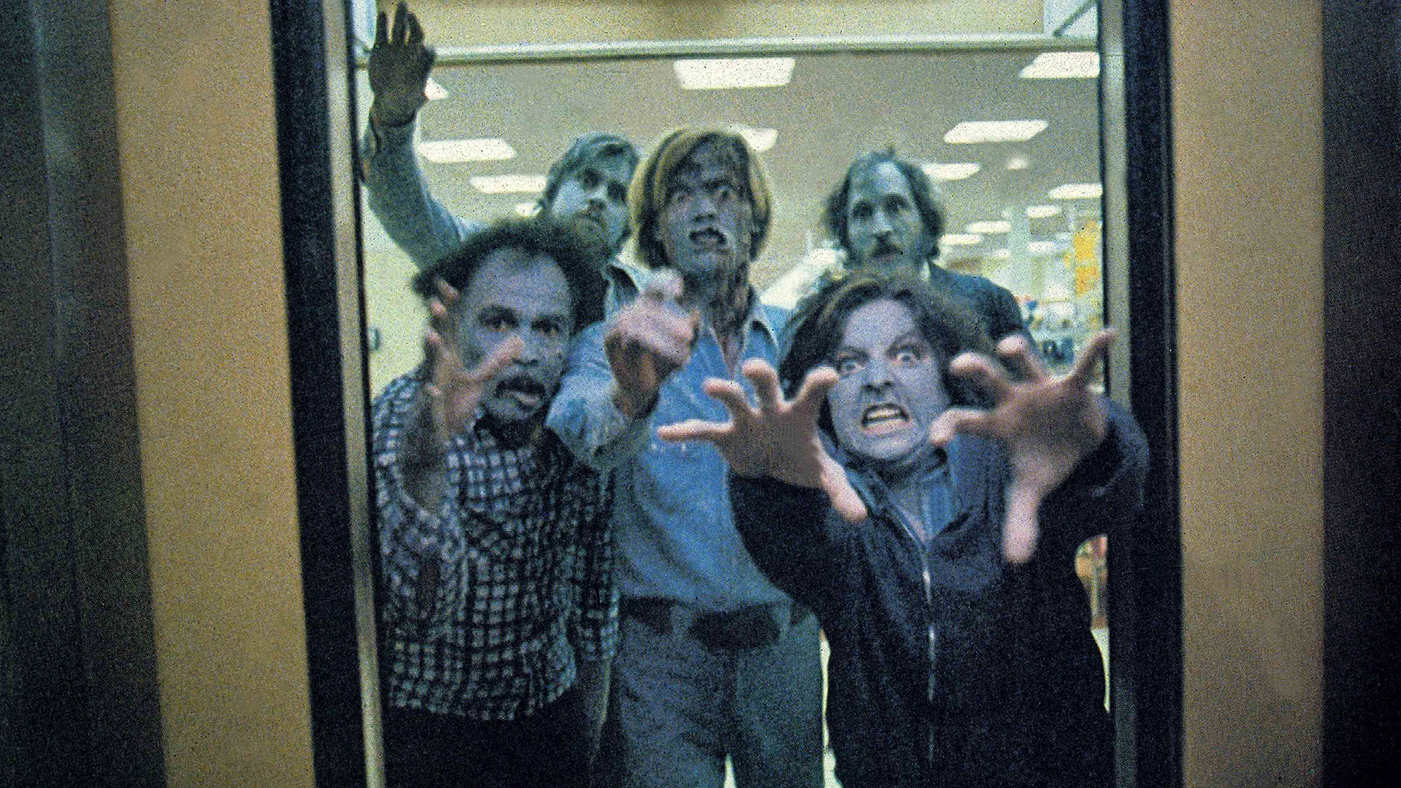 George A. Romero is among the most generous and empathetic of horror filmmakers, concerned with the traps of capitalism, which uses baubles to distract the fortunate from the cruelties of racism, classism, and sexism, though said fortunate must sublimate their own desires to benefit from the game. To paraphrase a character from 1985’s Day of the Dead, what’s the point in civility if there’s no reward? Romero’s filmography is governed by a friction that’s similar to that of the work of a critic: a culturally hard-wired desire to define art by thematic “meaning” versus the urge to create and capture a private and original essence. His films are often at their best when they don’t appear to be trying so hard, when the director’s sense of macabre humor is allowed to break through.

With 1968’s Night of the Living Dead, Romero bounded out of the gate with an unnerving masterpiece, one of those films that benefits from its creators’ inexperience. Romero’s themes are embedded in his adventurous aesthetic, which allows for free association that transcends meaning, achieving surrealism while anticipating the found-footage trend in the process. In subsequent films, Romero appeared to be eager to live up to the high marker that Night of the Living Dead set, calcifying his formalism so as to be sure that his socialist observations landed. These tendencies are most obvious in the ‘70s films that follow Night of the Living Dead and the ‘80s ones that proceed 1978’s Dawn of the Dead. Day of the Dead, from 1985, revels in the fear of a man who suspects that his monsters may no longer be profound enough for a new age of technologized über-capitalist insensitivity, and these anxieties would also define Romero’s second zombie trilogy, starting with 2005’s Land of the Dead.

To watch all of Romero’s films close together is to discover that earnestness is their binding quality for both better and worse, as they transcend their variable individual parts. Romero’s films are frequently shaggy, finding weird humanity amid the contrivances of bureaucracy. The filmmaker’s search for community and meaning informs even his lesser efforts with a fascinating obsessiveness. Like many of his protagonists, Romero is torn between inner yearning (to be a broader artist) and outer social expectation (to fulfill his mantle as the godfather of the zombie film). The living dead were very good to this man, enabling a gifted and incalculably influential artist to free himself from self-consciousness. Obligation ironically allowed Romero room to riff, as constriction is a potential gateway to freedom.

Editor’s Note: This article was originally published on October 28, 2017. 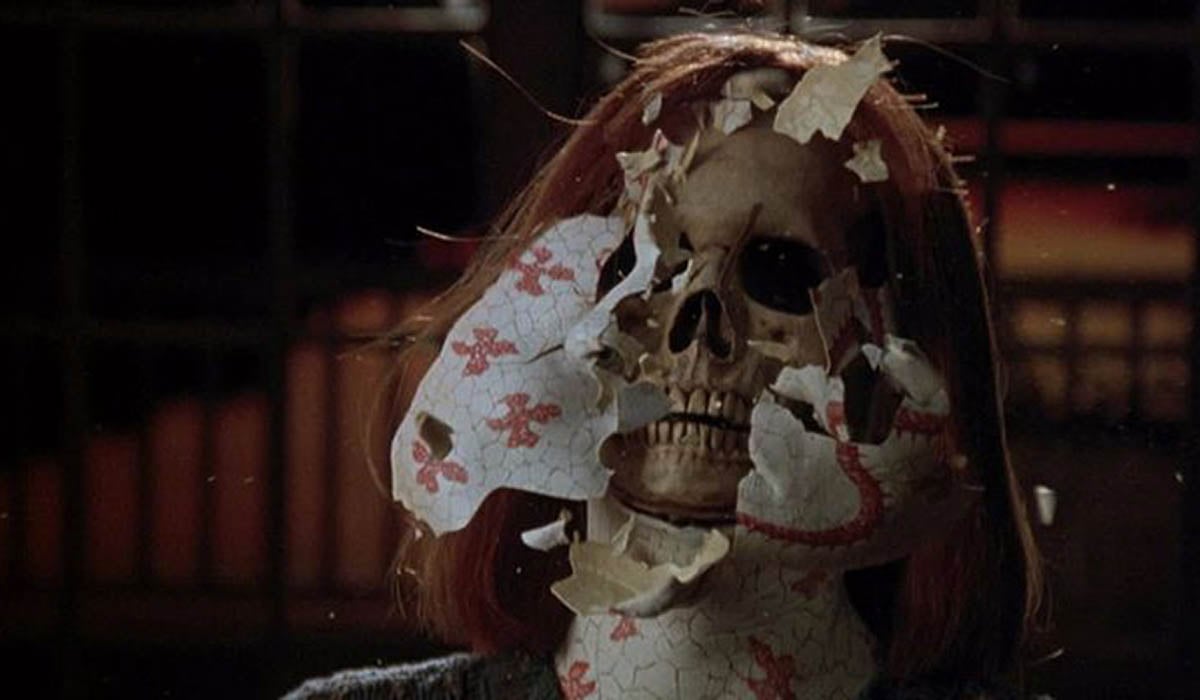 Insane and violent even by Stephen King’s standards, The Dark Half is a novel that demands a fast and lurid adaptation, though it inspired Romero to fashion the most plodding film of his career. And this isn’t a plot that one should be given time to examine at length, as it pivots on a pseudonym that achieves a corporeal essence, killing those who forced the author to retire the name. The murders are brutal yet flippantly staged—occasionally in the comic-book style of 1982’s Creepshow—draining The Dark Half of a sense of danger or emotional escalation. The actors have little rapport, and Timothy Hutton is embarrassing as George Stark, the hillbilly demon terrorizing high-brow author Thad Beaumont (also Hutton). The Dark Half is so drab and sluggish that it inadvertently suggests a failed parody of the film that launched Hutton’s career: Robert Redford’s Ordinary People. 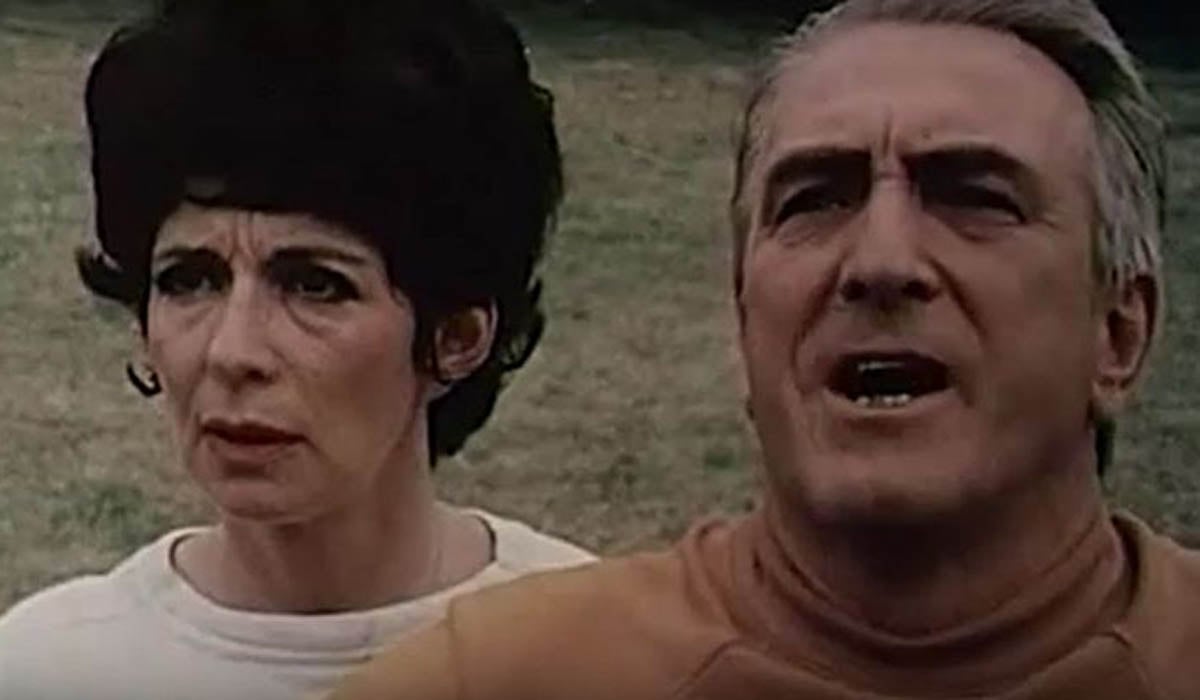 Preachy and awash in “groovy baby” clichés, Romero’s follow-up to Night of the Living Dead details the adventures of a former soldier, Chris Bradley (Raymond Laine), as he attempts to acclimate to a yuppie America that’s trying to better sell the Vietnam War to its citizens. To paraphrase one ad exec, how do you talk a young man into voluntarily getting his head blown off? There are surprising anecdotes, particularly involving Chris’s nuanced relationship with his father, but There’s Always Vanilla is undone by scattershot direction and a wandering narrative. Though the seeds of Season of the Witch, The Crazies, Martin, and Dawn of the Dead are present in There’s Always Vanilla’s soil, particularly in the film’s resonant likening of middle-class America to a kind of deceptively sanitized cage. 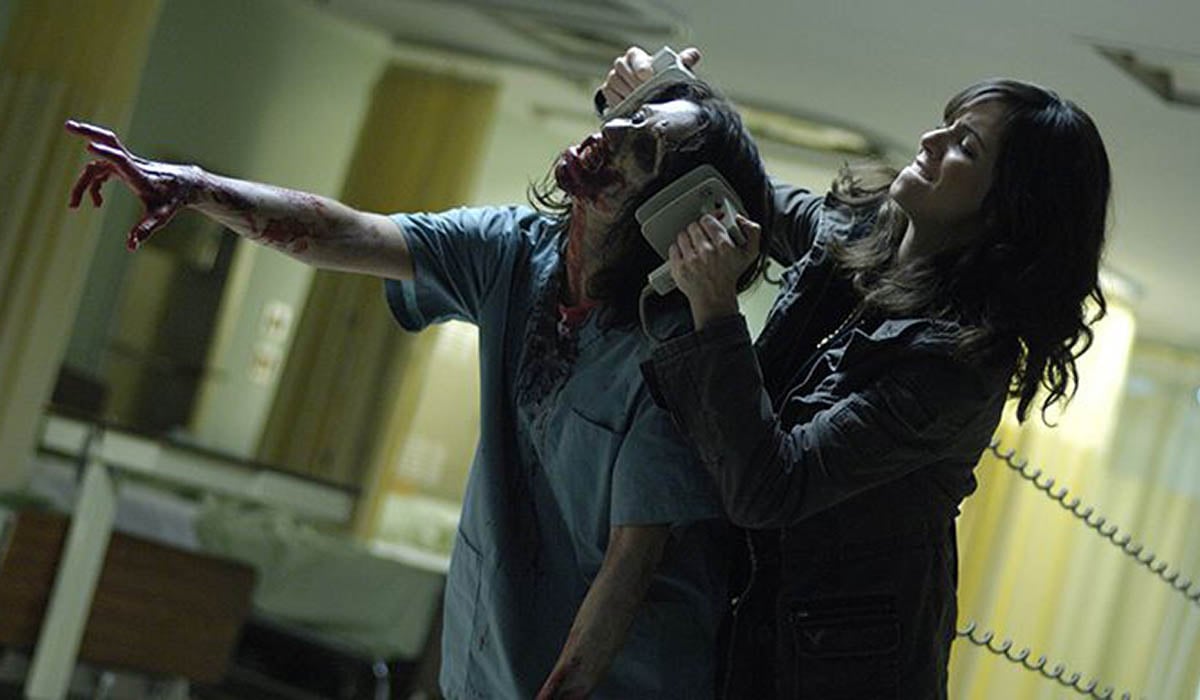 Night of the Living Dead and The Crazies have a docudramatic immediacy that suggests “found footage” before the concept had attained a name and a cemented series of tropes. This familiarity is a problem for Diary of the Dead, which follows a college film crew as they travel the countryside of Pennsylvania, capturing the rise of the dead for posterity and pontificating obviously on how cameras divorce people from life. There are choice words for Myspace and a superficial and self-absorbed media based predominantly on DIY reporting. Romero anticipated the bitter and nihilistic online era of “fake news,” and so Diary of the Dead is more resonant now than it was a decade ago. The zombie execution scenes are cheeky, but there’s little to distinguish this often flat and meandering film from many other found-footage horror quickies, which look more fake than most un-self-consciously fake productions. 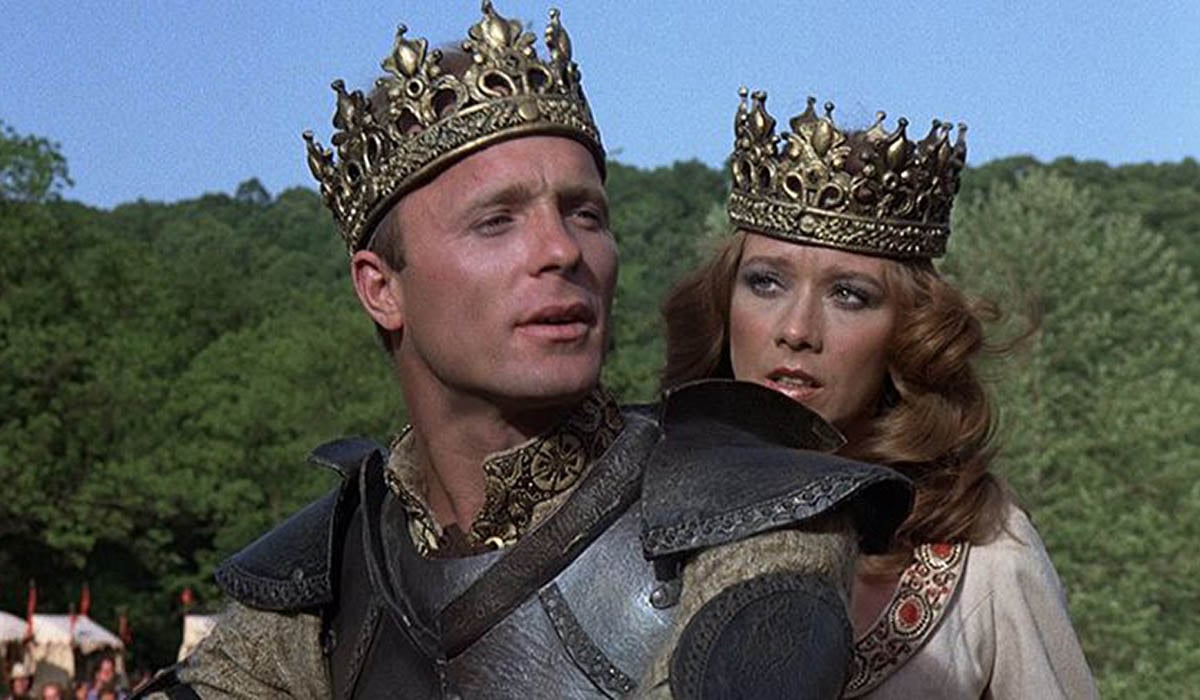 Romero knows that King Billy (Ed Harris) is in danger of becoming a fascist, ruling his group of jousting biker knights with an inflexible hand, as Knightriders is a fantasy of power that’s surrendered sort of civilly. The film’s funnier than I initially understood, reveling in the bonhomie of Romero stock players such as Tom Savini, Ken Foree, Christine Forrest, and Scott Reiniger. Motorcycle jousting is still a flimsy metaphor for unfettered artistic expression, though, and Romero’s indulgent humanism traps a potentially spry drive-in film in the bloated body of a 145-minute wannabe epic. And Harris is uncharacteristically awful in a key role in his career, unvaryingly playing a blowhard who stifles the otherwise joyous atmosphere. That’s the point to an extent, but Billy’s torment isn’t as resonant as Romero thinks it is, as Billy’s idealistic yearning for the “purity” of a glorified renaissance fair is ludicrous. 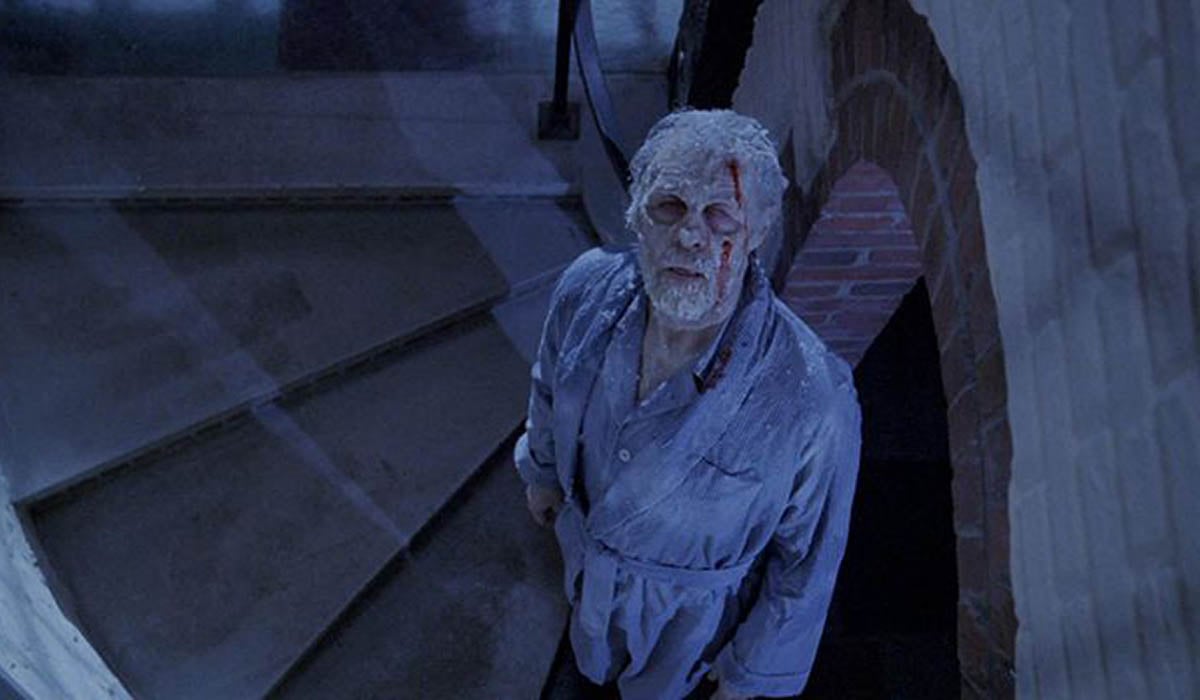 Romero and Dario Argento reunited in 1990 for Two Evil Eyes, each contributing an hour-long reinterpretation of Edgar Allan Poe’s writing. Argento’s The Black Cat is a beautiful and disturbingly sexual gothic that’s due for rediscovery, while Romero’s The Facts in the Case of M. Valdemar is a well-acted yet routine tale of just desserts served from beyond the grave. Like many of Romero’s 1980s productions, The Facts in the Case of M. Valdemar is distractingly overlong, inflating a glorified episode of the filmmaker’s Tales from the Darkside to nearly feature-length for no discernable reason. That said, the rarefied setting is stiflingly creepy, and Romero’s anti-capitalist symbolism still has a bitter tang, particularly a character’s impaling on a triangular instrument that resembles the temple on a one-dollar bill. 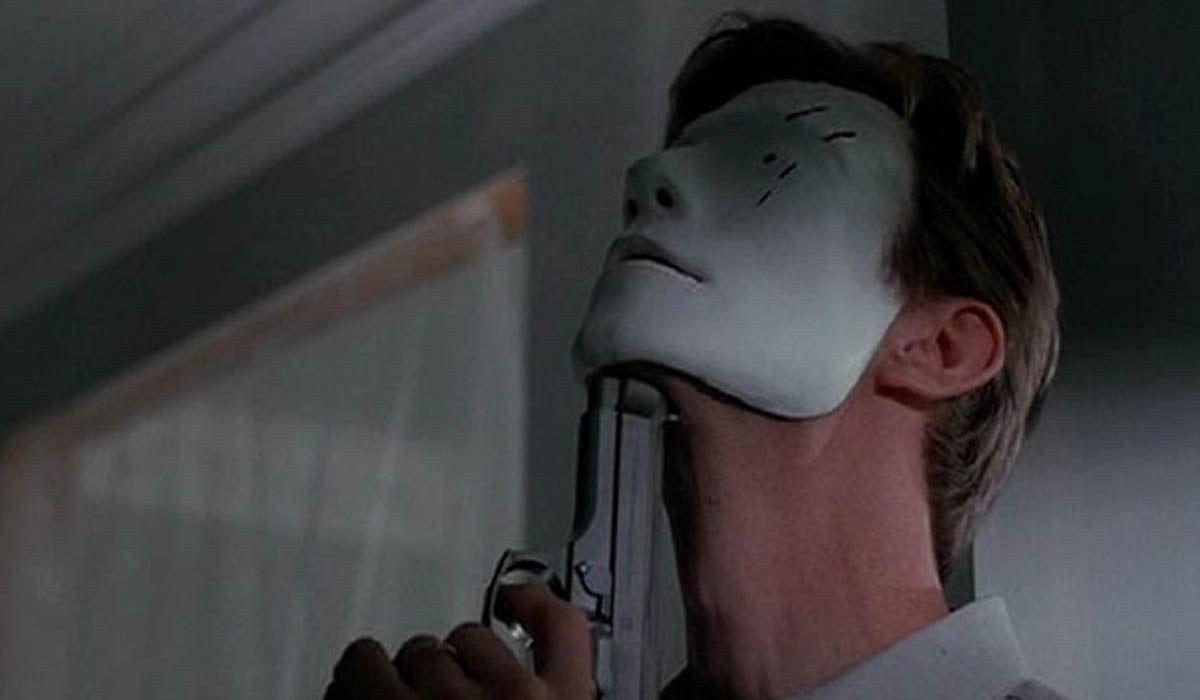 Bruiser combines the two dominant themes of Romero’s career: the conformity that’s required of people to participate in capitalist society, and the split between ego and id that said conformity brokers. Though Bruiser is marred by the usual Romero dialogue that deconstructs the film’s concerns for us, it’s a mild return to form for the director after the disastrous and similarly themed The Dark Half. Shooting in Toronto rather than his usual Pittsburgh, Romero uses the city as a symbol of corporate anonymity, giving the film a chilly steel sheen that complements the story of Henry (Jason Flemyng), who’s grinded down by capitalism and alpha-male inhumanity into an anonymous cog in the machine, embracing his bland new face, a white mask that suggests the Phantom of the Opera. His feelings of nothingness actualized, Henry is able to wreak havoc and confront alphas on their own terms. Romero understands that it’s a fear of failure that ironically shackles failures, and so hitting rock bottom is freeing. 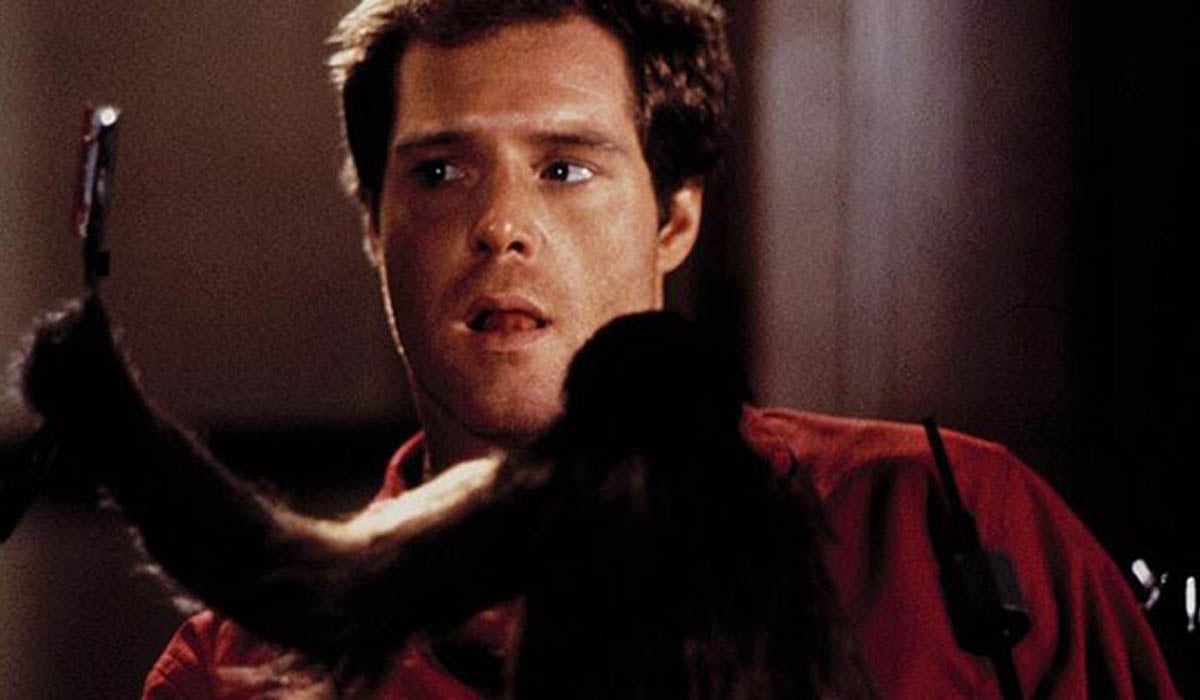 Monkey Shines illustrates how Romero’s earnestness can be at odds with the traditionally relentless mechanics of a thriller. Romero spends over an hour of running time setting up his narrative, in which a recently paralyzed quadriplegic, Alan (Jason Beghe), befriends an experimental servant monkey, Ella, who comes to terrorize him. Yet Romero’s slow-burn pacing renders the horror scenes truly strange and intrusive, as one grows to enjoy Alan relationship with his cute companion. Monkey Shines offers a more successful variation on the Jekyll-and-Hyde duality that drives The Dark Half. The difference between the films ultimately rests on their respective senses of escalation: The Dark Half sputters in circles, while Monkey Shines builds to a climax that’s eerily ridiculous and savage. 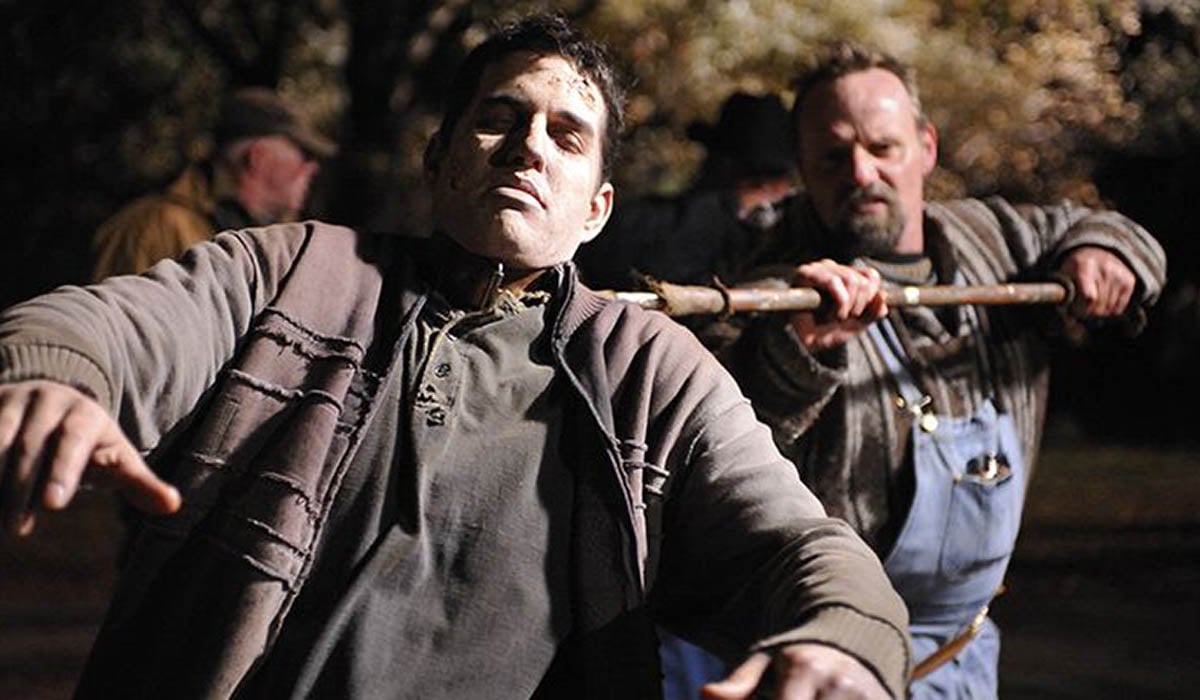 Survival of the Dead, Romero’s final film, underlines a similarity between his ongoing zombie series and the western genre: Both usually concern land disputes, in which corrupt white men use governmental pretenses to seize swathes of territory and enslave the populace. Imagining a feud between a military outfit and two Irish families on a small Delaware island, Romero allows the zombies to symbolically speak for themselves, with the sociopolitical civics lessons arising more or less naturally. Survival of the Dead is funny, charming, and confident in its embrace of western-horror tropes, with one of the most charismatic casts to appear in a Romero film in ages. It’s the work of an elder statesman who’s made peace with his legacy, fashioning compositions of tender and unfussy lucidity.

Review: Asia Delicately Attests to the Ties that Bind a Mother and Daughter