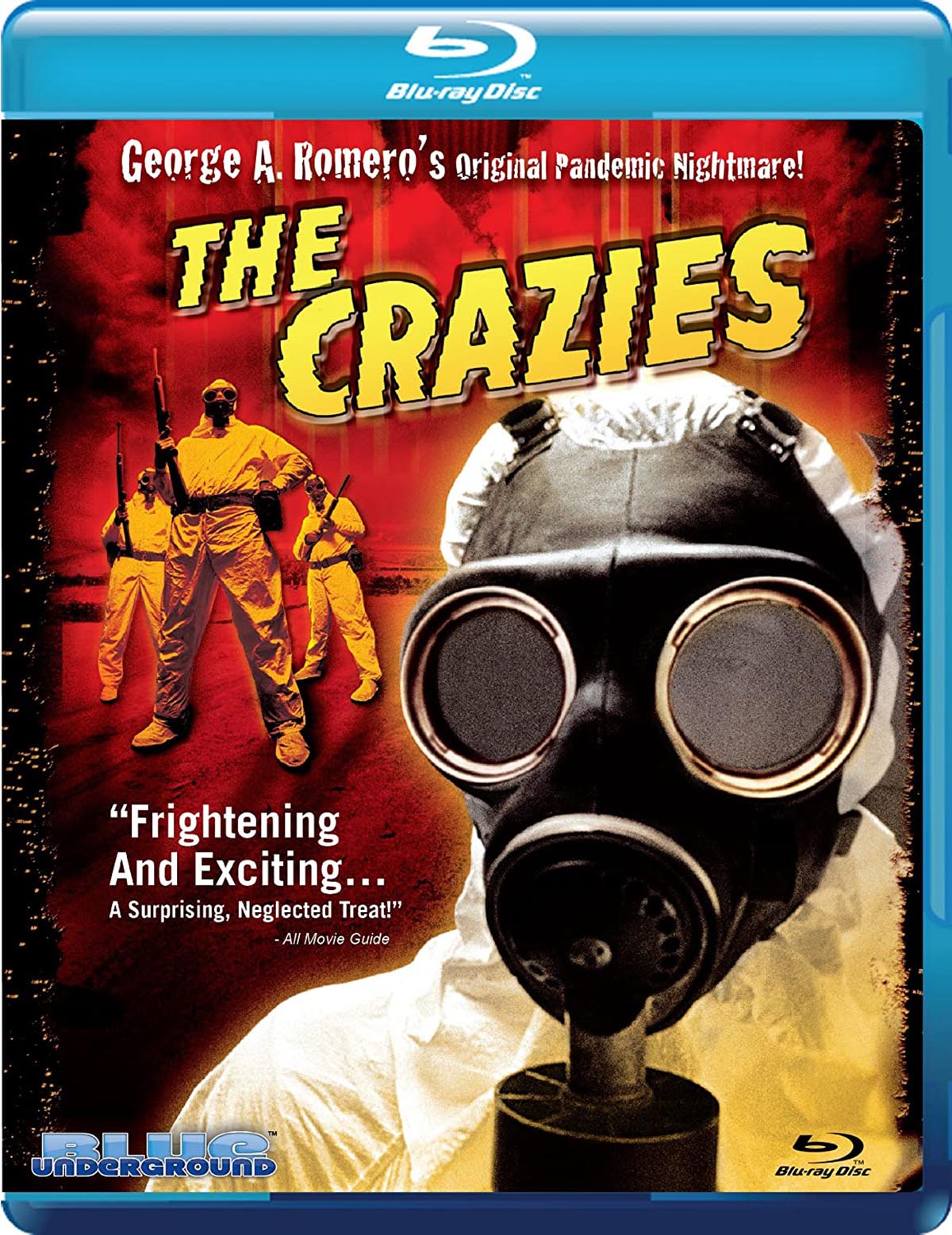 George A. Romero, still reeling from the two-pronged financial failure of There’s Always Vanilla and Season of the Witch, doubled down with The Crazies, a sociologically-conscious, apocalyptic horror film with more than just a little in common with his underground cult hit Night of the Living Dead. The opening scene even feels like a microcosmic replay of just about every one of Night’s major themes, as a young girl getting ready for bed is stalked and frightened by her older brother in their farmhouse moments before their lives are interrupted by a much realer terror. A misleadingly idyllic rural isolation suddenly erupts into chaos as a showroom-model nuclear family unit is torn asunder from within. Fire, death, madness, all at the hands of the family patriarch.

The massacre at the farmhouse is the first indication that bubbling beneath something bucolic is something bubonic. Even as the town’s fire crews continue to battle the blaze, an entire military regiment has descended, assumed command of the hospital and civic offices, declared martial law, and begun rounding townspeople at gunpoint. Unlike Night, which started with the explicit symptom and only vaguely made conjecture as to the cause for the disease, The Crazies fronts almost immediately with the fact that the entire town has been unknowingly poisoned. A virus the government has covertly developed for purposes of chemical warfare has been accidentally released into the town’s water supply. Practically anyone who comes into contact with it either dies or is driven incurably mad within days.

Of course, very few people seem to be given the chance to succumb to the virus. In typically sardonic Romero fashion, the military kills a number of citizens much more rapidly than the virus ever could, in part because of the fundamental breakdown of communications during a crisis, but also, more eerily, because it’s very rarely clear to anyone in a position of power who is crazy and who is normal. For every grandma obstreperously stabbing strapping young men with her knitting needles, there are a dozen citizens understandably exercising their right to bear arms in the face of encroaching government interference. (Not to mention the preexisting forms of insanity already in practice before the drinking water turned sour, like one father’s zealous embraces with his repressed daughter.)

As thought trying to read the tiny vicissitudes of a frightened populace weren’t a tall enough order, the military units have to also contend with a total collapse in their own moral infrastructure. Each and every one of them knows intimately their own biggest obstacle in containing the virus is the bloated, illogical military apparatus itself. At one point, late in the film, a group of soldiers in gas masks and blazing white bodysuits find themselves decimated in a backwoods turkey shoot against a solitary gunman. With hysterical clarity, one of them screams, “Why the hell did they give us these white uniforms?”

The symptoms of Romero’s plague are almost invisible given the political insanity of the era, a notion Romero bluntly drives home with repeated references to real-life atrocities committed in the name of what its perpetrators considered to be political clarity. Young townspeople stand off against troops in the same manner as students did at Kent State. A group of citizens seeking sanctuary in an unassuming country church are liquidated by gun-toting grunts. Their pastor douses himself in gasoline and self-immolates like a Buddhist monk. If Romero’s political recreations seem a tad obvious now, they are also unmistakably the work of a man genuinely disturbed by his environment. The Crazies lacks the nightmarish momentum of Romero’s best zombie flicks (its relentlessness and almost numbing hysteria render it, as noted by Romero expert Paul R. Gagne, a “grating” experience), but it’s no less astute with its allegorical potshots.

A 1080p transfer for The Crazies (or really most of the grainy, low-budget movies Blue Underground specializes in) doesn’t seem immediately necessary, but is definitely nice to have. My naked eye couldn’t discern much difference between the transfers, but there’s no denying the bolder colors (in other words, the blood) really pop in Blu-ray. Not a major advance on Blue Underground’s already existing DVD edition in either the audio or visual departments, but an upgrade nonetheless.

Nothing new here. Just the same two bonus features that were previously produced for the DVD version. The centerpiece is a William Lustig-moderated commentary track by Romero, who comes off as he almost always does: smart without being particularly wise, self-aware and good-humored (if almost too self-critical) about his own shortcomings. The best material emerges whenever the notable fly-by-night aspects of The Crazies’s production invite Romero to compare and contrast his early filmmaking experiences with his mainstream hassles. Even though he was in a near constant state of financial difficulty throughout the 1970s, he still says he’d prefer to do things the old way, rather than have to comply with the endless studio demands that don’t even allow him to pick his own director of photography. Also included in the package is a fond retrospective look at the too-short movie career of Lynn Lowry, theatrical trailers, TV spots and a director bio.

Too rational to endure alongside George A. Romero’s nightmarish Living Dead movies, The Crazies is still a tense, visceral, politically aware cult classic.