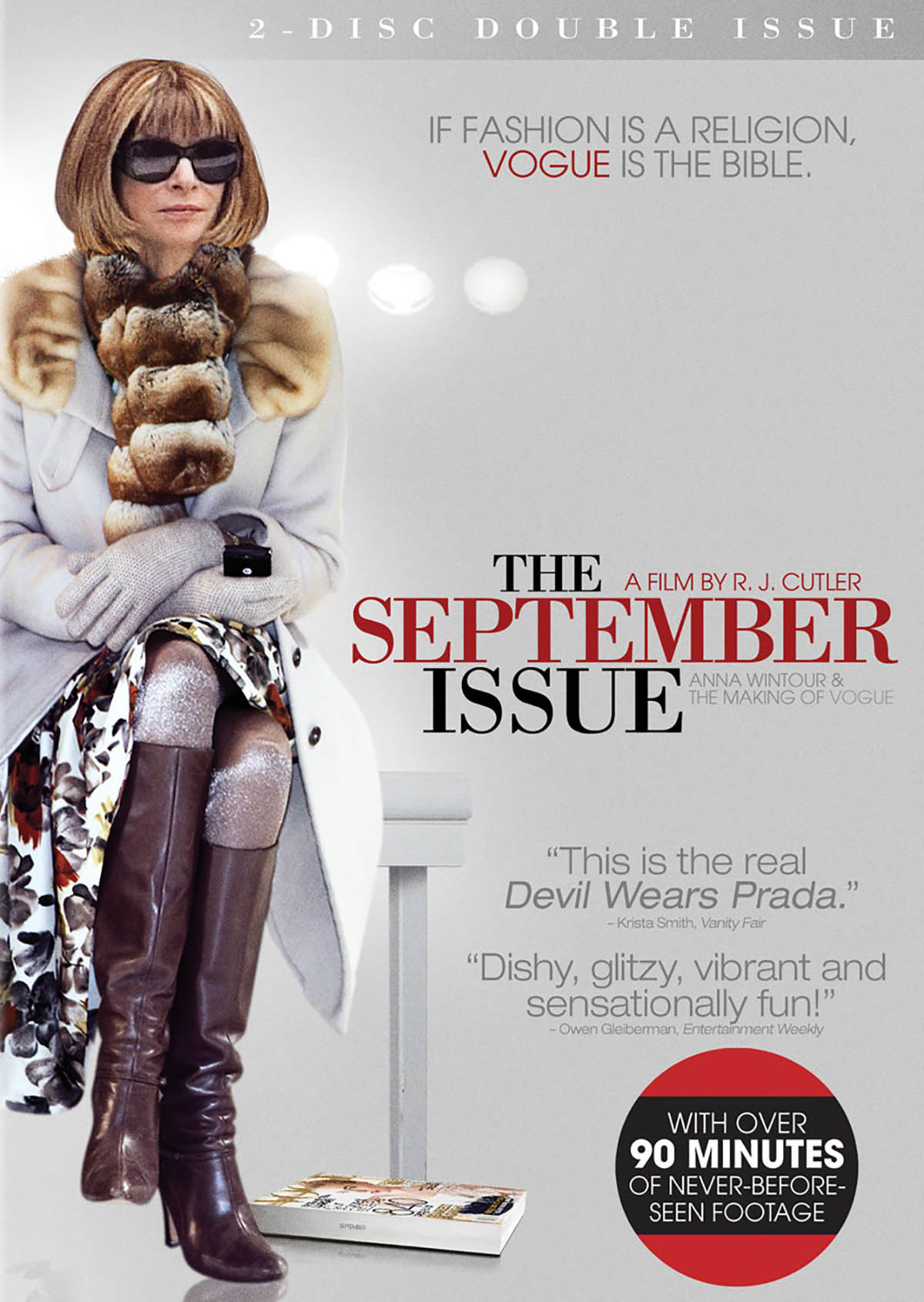 “Don’t be too nice,” Vogue creative director Grace Coddington says to an eager-to-please young editor, who wilts under the pressure of Anna Wintour’s icy stare, a self-parody of her Devil Wears Prada image. It could also be the mantra for R.J. Cutler’s The September Issue, which treats each stage in the magazine’s production as a mini power struggle, each decision able to make or break careers. In one of the best sequences, Wintour helps score a Gap contract for a talented new designer named Thakoon, who admits to being terrified in her presence but remains persistent. Later, he ends up on the cover of Women’s Wear Daily for his work. Cutler suggests that Wintour’s personal whims, for better or worse, have real consequence, both for the people around her and for how people talk about fashion.

The documentary has gotten attention mostly for what it says about Wintour, but the editrix comes out basically unscathed, no doubt by design: For the past year or so, she’s been on the media warpath to win back her image, and Cutler seems happy to oblige. She’s calculated about her personal life and spends most of her interview time defending the celebrity-coddling fashion-media-industrial-complex that she helped create. (The first words she utters in The September Issue are, “I think people are afraid of fashion,” but what she really means is, “I’m terrified no one takes me seriously.”) Which means that Wintour remains as agenda-driven and elusive as ever, good for quips and throwing shade (at one point, she brusquely shoos off an art assistant during a page line-up), but apparently lacking in any kind of soul.

If Wintour is bad cop (a role she clearly relishes), then Coddington is good cop. She’s the only one willing to tell her boss she’s wrong, but the two have a silent understanding of each other; Wintour is the power-hungry perfectionist, Coddington is the fashion romantic responsible for the magazine’s nostalgic (and pretentious) aesthetic. Both are clever enough to understand how manipulating the media can work to one’s advantage. Coddington turns the cameras against Wintour during a production meeting, bringing up the dreaded subject of money so that she won’t lose her budget. Money is one of those things vaunted magazine editors like Wintour hate to talk about. Instead, she spends more money on a re-shoot and Photoshops Sienna Miller’s teeth so they don’t look like Chiclets. Because whether fashion is or isn’t as serious as Wintour and September Issue make it out to be, appearance still means everything.

Not the candy-colored nightmare one might expect. Colors are bold but unaggressive, skin tones are accurate, and blacks are solid, with no instances of ghosting or combing. The audio is clean, but given that dialogue is spotty here and there, it becomes quickly clear that a boom mic was used even during interviews.

Like the film, the best thing that can be said about director R.J. Cutler’s commentary is that it isn’t slavish. His thoughts on politics-versus-fashion are interesting enough, and he amusingly struggles at one point to reconcile his fondness for André Leon Talley with his belief that The September Issue didn’t feel finished until more of the man was left on the editing floor. He seems like good people, unlike the bulk of the people he documented. Talley comes off surprisingly well in a plethora of deleted scenes and other extra footage, seemingly humbled after giving a graduation speech at a fashion university, but Wintour is, well, Wintour, as in the hissy fit she throws at an AIDS gala because two plastic tubs of ice are too visible behind a bartender’s station. Rounding out the disc: behind-the-scenes photos taken by DP Bob Richman, a theatrical trailer, and previews of other socially conscious dramas and docs from the house of Lionsgate.

A handsome DVD presentation of a useless documentary experience—an assessment Anna Wintour would say points to my insecurity.

Review: The Gospel According to André

Review: Manolo: The Boy Who Made Shoes for Lizards