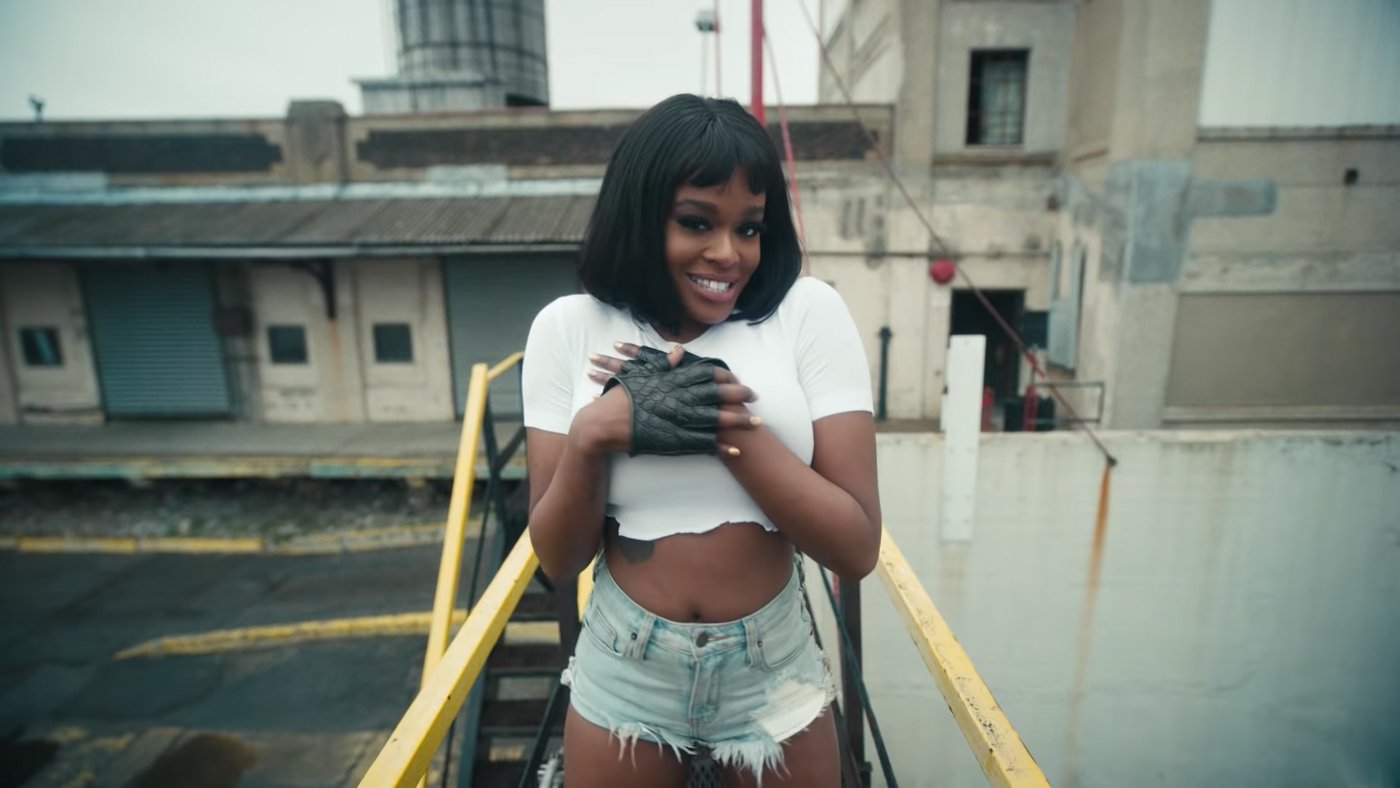 Yes, those really are Azealia Banks’s nipples. At least according to the New York singer-rapper-lightning-rod’s Twitter. The music video for Banks’s single “Anna Wintour,” from her forthcoming album Fantasea II, is already going viral, but the clip is striking not just because of the artist’s ample bosom.

Directed by Matt Sukkar, “Anna Wintour” was filmed in an empty warehouse using understated faux-natural lighting. Shots of a scantily clad Banks strutting on a metal catwalk, posing in a full-length mirror, and striking a pose in front of a backlit gate pay homage to Janet Jackson’s iconic video for her 1987 single “The Pleasure Principle.”

Fantasea II, the follow-up to 2014’s Broke with Expensive Taste is due later this year via Entertainment One (eOne).

Jennifer Lopez, Cardi B, and DJ Khaled Get Lit in “Dinero” Music Video