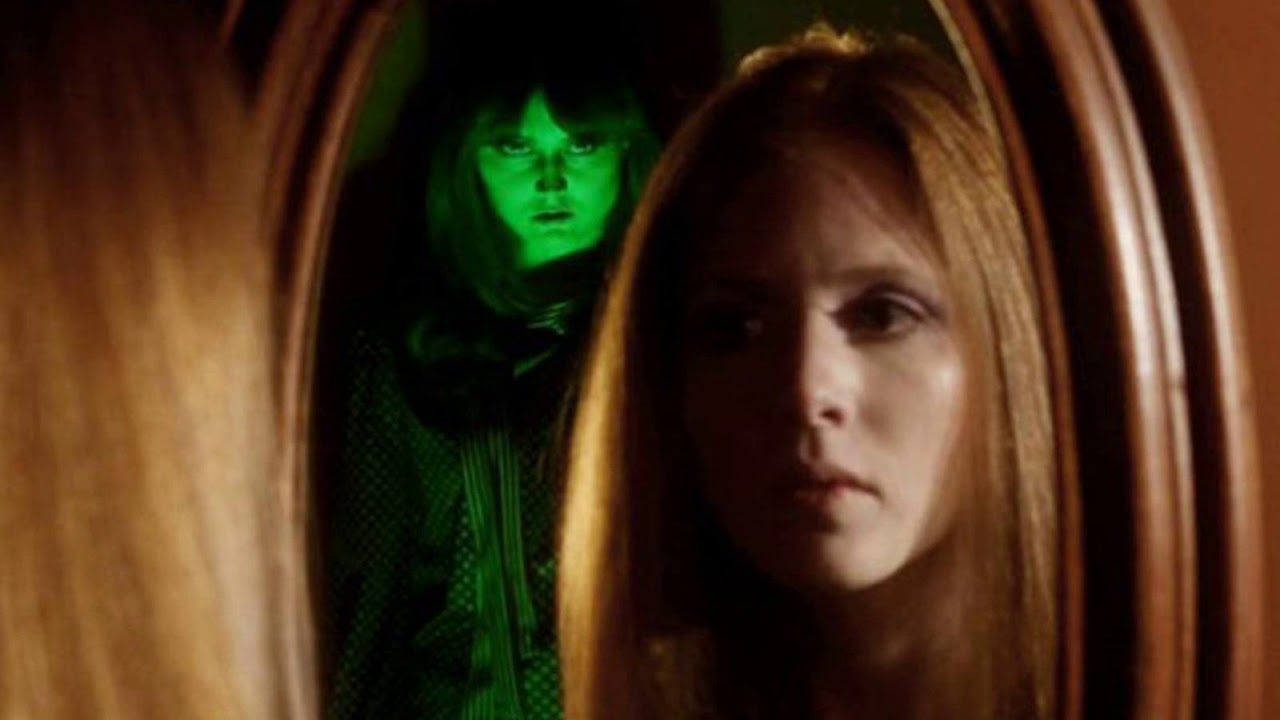 Only instead of finding solace from the bourgeois monotony of her position in a day brothel, Jack’s wife Joan (played with an insouciant Lynda Carter-esque iciness by Jan White) is drawn to the casual mystique of the neighborhood’s tarot-reading, rec room witch-cum-housewife. Romero’s carefully organized, schematically impressive script (in many ways his very best—one can hardly blame him for speaking of his desire to remake the film) charts her progression toward the black arts from its spark out of enervated dilettantism to her fevered zeal over what becomes her new religion, even as his lamentably cheap-jack financial backing undercuts his every formal conceit, rendering every flourish that seems suspiciously like crafted artifice a probably happy accident. (Though it’s interesting to note that it’s a movie about the middle class made on a “checks cashed here” budget, as well as a movie about a desperate woman on a leash struggling to release herself from gender stereotypes filmed by a man desperate to unfasten the shackles of genre pigeonholing.)

Jack’s Wife is Romero’s precursor to Martin (his own justifiably favorite film), both psychological studies set against a clarified, ethnographically rigid backdrop, where the former reacts against the latter with self-delusion and maladaption. Joan’s best friend, the blowsy middle-aged Shirley (Ann Muffly, in a near-operatic performance straight out of the ashes of Cassavetes’s Faces), and Joan’s daughter’s fuck-buddy TA (Ray Laine) both have Joan’s number when they suggest to the fledgling pythoness that it’s all just another hobby, a scene, a happening, no different really than her increasingly groovy eyeliner. Maybe a tad more hip than gin martinis and wife-swapping (or, in the case of Shirley’s husband, homosexual experimentation), but nonetheless a futile vial of snake oil for what they believe is a terminal malaise. (Not unlike Dr. Logan’s attempt to train Bub in Day of the Dead.)

Romero hardly disagrees—the final scene finds Joan at another cocktail party, proffering “I’m a witch” to anyone who will listen but still being introduced as “Jack’s wife” (despite the fact that there is considerably less reason to introduce her as such as there would’ve been earlier in the film). Jack’s Wife might look, to warp a phrase from Godard, like a film found in a pawn shop or, as the title for “costumes and furnishings” indicates, Gimbel’s. But Romero’s commitment to un-snarky examinations of life (or a life deferred) along the border between suburbia and rural America is even still undervalued against his visions of what, exactly, it looks like when a zombie yanks a human head from its neck.