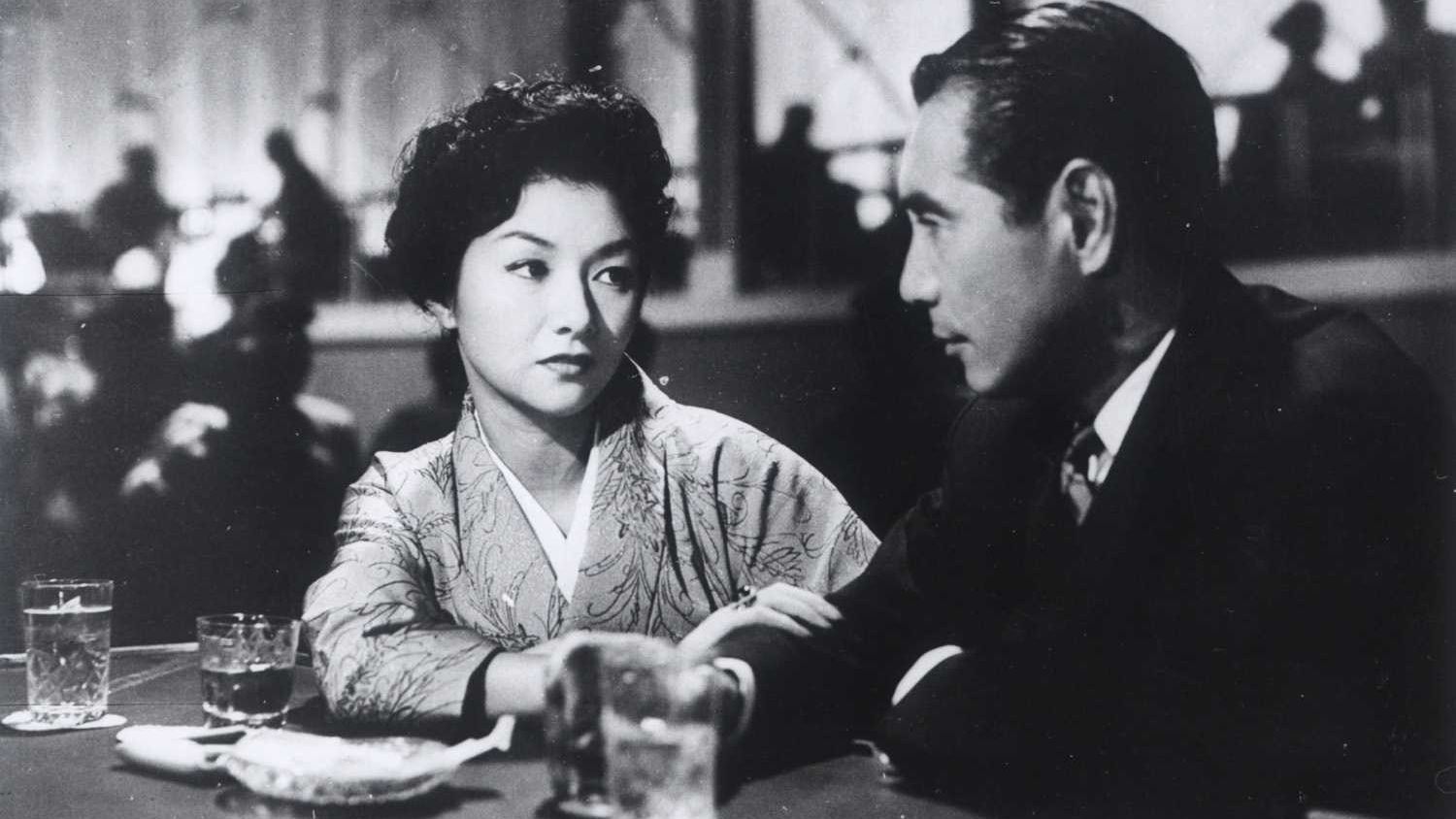 This seminal Mikio Naruse masterpiece details a period in the life of Tokyo bar hostess Keiko Yashiro (Hideko Takamine) as she ekes out a living and dreams of opening her own business despite the constant challenges of money and men. Three Naruse regulars (Masayuki Mori, Tatsuya Nakadai, and Daisuke Katô) form a masculine triptych of hope for Keiko, promising finances, the comforts of marriage, or the possibility of love, yet each relationship (or lack of one) ends in crushing disappointment. The drama builds slowly, playing out against the backdrop of a polite Japanese society where few speak their mind, and Naruse’s insistence on focusing on inconsequential everyday behaviors and transactions may initially seem perplexing. Yet it is all prelude to a raw, brilliantly sustained final half-hour where Keiko bares her soul to a lover unwilling to listen, then faces the rejection of a man who loved her too long from afar. A minimalist piano theme (first played against stark Art Deco-styled opening credits) recurs throughout the film; clearly adherent to the compositional principles of jazz, it parallels the instrumental interplay between Keiko and her suitors, foreshadowing her eventual abandonment and giving voice to the oft-repeated titular action. The final close-up—featuring Keiko smiling in lieu of tears—might be frozen, framed, and subtitled “Lady Sings the Blues.”