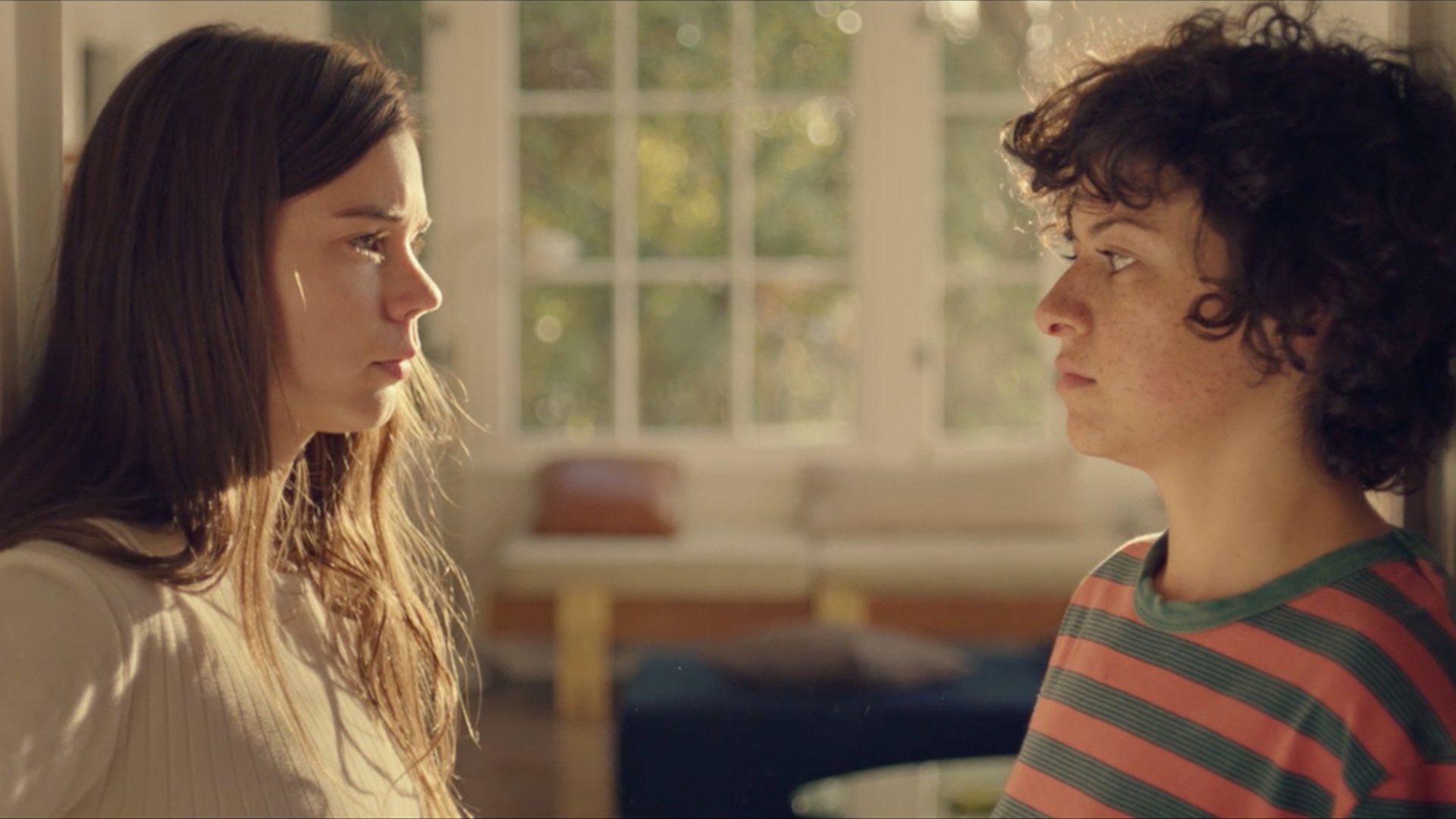 In Duck Butter, Naima (Alia Shawkat) and Sergeo (Laia Costa) begin a passionate tryst that, with all its highs and lows and profoundly unimportant in-between moments, embodies all the stages of a relationship. Naima, an actress trying to make the transition from commercials to indies, lands a bit part in a film by Mark and Jay Duplass—an opportunity she squanders by proving recalcitrant on set. Later, while drinking at a bar, she eyes an undulating crowd of bodies from a safe distance as live musicians play swoony love songs on stage, then harangues a trio of middle-aged women about global warming. One of the performers, Sergeo, interrupts Naima’s diatribe and asks her to dance. They go back to Sergeo’s place, and from the excitement of exploring a new body to the perturbation of disclosure, Miguel Arteta’s film obsesses itself with the transitory and intense nature of love.

Duck Butter, named after a crude Spanish term for vaginal discharge, is an earnest, genuine attempt to show the familiar hardships of a relationship, specifically one between two women. It’s with sincerity and formal banality that Areta approaches his subject, shooting the film in handheld medium shots with little regard for composition or framing, allowing the actresses to be the center of attention. Areta sticks to undistinguished shots of faces talking, with an occasional cut to a specific body part, like a character’s rear end during a sex scene. During an uncomfortable conversation later in the film, he often cuts to reaction shots, interrupting the rhythm of the scene, trying to guide the viewer to a desired reaction instead of earning it.

The film’s sex scenes feel intimate, unfeigned, devoid of the histrionics of Blue Is the Warmest Color, though also devoid of that film’s aesthetic conviction and consistency. There are some keen details here—from post-coital peeing to empty bedroom blathering—and Arteta respects his subjects, and his actresses, shooting the sex scenes simply and unglamorously. It’s an honest portrait of sex, its complications and messy corporeal qualities. The flirty badinage is often recognizable in a good way, and it’s refreshing to hear women talking about orgasming so casually and openly.

Yet there’s something impermanent about Duck Butter. Its lack of a discernible visual style renders the quotidian details forgettable, and saps the story of some of its intensity. The film has the hermetic feeling of a chamber piece, and Costa’s Sergeo is hyper-mannered, less a human character than a personification of someone’s wet dream, so salacious and thirsty for attention. (There’s a few funny scatological jokes, including a poop fight which feels lifted from a Judd Apatow comedy, but there’s a meritorious quality to a female-centric film having a moment of bro-y, juvenile humor.) The setup of a 24-hour relationship that bypasses the getting-to-know-you phase speaks to the nature of expedited modern dating culture, but despite its attempts at intimacy, Duck Butter is difficult to fall in love with.

Review: The House of Tomorrow