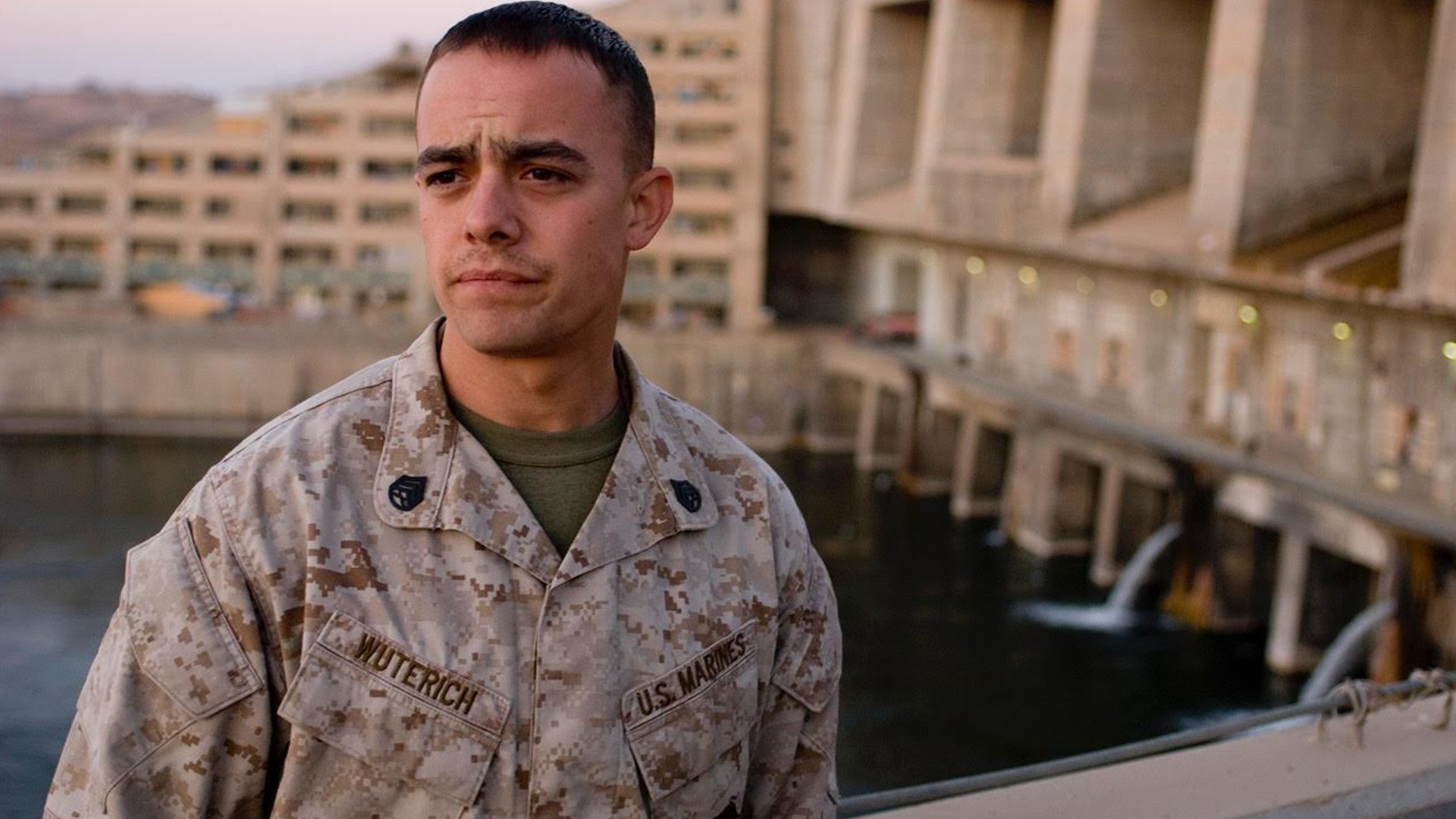 Michael Epstein’s documentary House Two hinges on an appalling and unforgettable series of images: photos of the Iraqi children, women, and elderly who were murdered during the 2005 Haditha massacre. The victims are splayed out in a small room in the titular location, splattered in caked blood, their eyes frozen in shock, with numbers written on their heads or feet in magic marker. These images conjure contradictory associations. On one hand, these unarmed victims, killed by Marines in what was alleged to be a retaliation for an I.E.D. attack, are literally reduced to numbers in an act of supreme callousness. On the other, the numbers represent an attempt to make sense of an unfathomably hellish situation—not only in respect to these murders, but to the misbegotten Iraq War at large. Perhaps qualified absolution can be achieved by retrospective vigilance.

The film opens with George W. Bush, then president of the United States, speaking to the World Affairs Council at the Park Hyatt Philadelphia at the Bellevue, treating the crowd to his customary platitudes about the war he started on false pretenses. Bush invites the crowd to question him, and a woman asks about the total Iraqi death toll since the American invasion, including civilians. After giving the woman a number with a casualness that flirts with smugness, Bush cracks a joke that sticks in the throat, saying that if he doesn’t like a question he will make up another one. In this case, Dubya isn’t lying: When the truth doesn’t suit him, he follows other means. But Bush also plants a seed with these statements that will come to undermine the legacy of his presidency. Inspired to check the veracity of Bush’s numbers, Time correspondent Tim McGirk helps to unearth the killings at Haditha.

Bush’s conference isn’t incidental to House Two, which uses the investigation of the Haditha massacre, the longest and most expensive conducted in military history, as a synecdoche of the Iraq War. Filming the documentary over a series of years, Epstein was granted startlingly intimate access to the inner workings of the Marine Corp., most memorably NCIS agents Michael Maloney and Tom Brady, who are themselves Marines. Epstein resists emotional melodrama, honoring the severity of the crime by dramatizing it soberly and matter-of-factly. House Two is an incredible feat of fusing investigative reportage with the visceral mechanics of a mystery thriller, offering information at a dizzying and prodigious clip and painting a portrait of lucidity as a high and endangered form of humanity.

Epstein homes in on the minutiae of the criminal investigation, building a macro portrait from fastidiously established micro details. Much time is spent discussing the positions in which Marines hold their rifles when “clearing” a potentially dangerous house, which proves significant in making sense of the Haditha massacre. And quite a bit of time is devoted to the crime photos, with Maloney and Brady analyzing bullet trajectories and blood splatter in sequences that are emotionally unmooring and intellectually fascinating in equal measure. We’re educated on “void spaces” and the “fingerprints” of gunpowder that can be left on a victim shot at close range. Such details underscore for the audience how alien the world of a Marine is from that of conventional American society. Epstein doesn’t mount a polemic against the American military, instead proffering a tragic and ambiguous portrait of men attempting to do honorable work in a fundamentally dishonorable war.

The mysteries of the Haditha massacre are ultimately embodied in House Two by former Staff Sergeant Frank Wuterich, who was charged by the prosecution for the killings while fellow Marines were suspiciously granted immunity. Maloney and Brady initially believe Wuterich to be one of two shooters in “House Two,” one of four locations where the Haditha murders took place, but evidence gradually leads them to another suspect. Epstein films Wuterich while he has dinner with his family, and while defense attorneys Neal Puckett and Haytham Faraj, also Marines, attempt to wrest his story of what happened in House Two—confrontations that are vividly defined by Puckett and Faraj’s good-cop, bad-cop routine. Wuterich is an opaque and haunting presence who alternates between scanning as guiltier than sin and as merely a born sucker. Wuterich can’t remember his actions in House Two, which isn’t necessarily absurd in the context of trauma, but his wavering indicates that he’s covering up for someone, perhaps out of misplaced loyalty, even if his fellow Marines show no hesitation in throwing him under the bus.

Like the Iraq War, the prosecution’s case for the Haditha massacre is built on audacious lies and carefully omitted truths. With Maloney and Brady’s heroic assistance, Epstein casts reasonable doubt on Wuterich’s guilt while incriminating two of the prosecution’s star witnesses, one of whom is an admitted perjurer who pissed on the open skull of a slain Iraqi civilian. The entire case is revealed to be an elaborate pretense for inaction, as Epstein builds to an especially bitter and resonant stinger. The convening authority for this investigation, who signed off on the grants of immunity and insured that no Marine was truly punished for these crimes of war, was then General James N. Mattis, the current United States Secretary of Defense. Later asked by the New Yorker to comment on the killings in Haditha and Al Hamdania, Mattis claimed that you can’t “criminalize every mistake.”