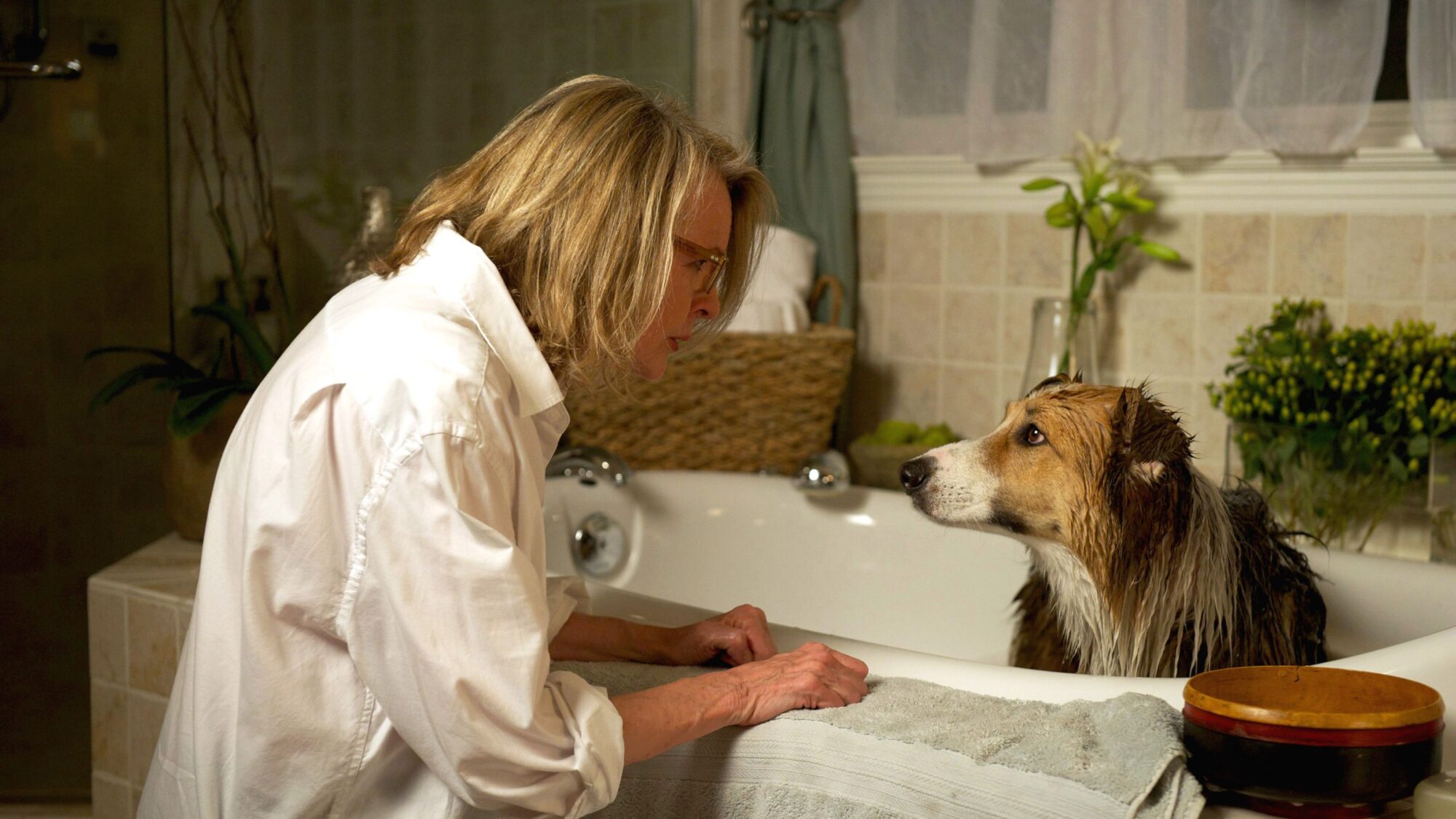 A lost-dog drama so insufferable it makes one wish its human characters would also run off and never return, Darling Companion proves a new low not just for writer-director Lawrence Kasdan, but for virtually every member of its esteemed cast. Kasdan’s nails-on-a-chalkboard tale, co-written with wife Meg, revolves around the efforts of the Winter family to find their beloved pooch Freeway—discovered, a year earlier, in snowy bushes on the side of the highway—after he runs off into the Colorado mountains shortly after the marriage of Grace (Elisabeth Moss) to Freeway’s vet Sam (Jay Ali). This development is blamed on the spinal surgeon paterfamilias, Joseph (Kevin Kline), who as usual was on his cellphone paying more attention to work than family when Freeway chased after a deer, and throws his wife, Beth (Diane Keaton), into another bout of overly emotional freaking out about which Joseph—as the paragon of Science and Reason that the film takes every opportunity to slander—rightly criticizes her. Because Joseph can’t only be vilified by his wife, Kasdan also provides him with numerous anti-pharmaceutical, anti-intellectual, new-agey counterpoints in the form of his sister, Penny (Diane Wiest), and her dopey boyfriend, Russell (Richard Jenkins), as well as Joseph’s vacation cabin caretaker, Carmen (Ayelet Zurer), a gypsy psychic—no, I’m not kidding—whose mystical visions drive the family’s pet-locating efforts.

Such hogwash entails Joseph being depicted as a know-it-all prig, Penny praising “emotional intelligence,” Joseph’s co-worker nephew, Bryan (Mark Duplass), falling for the witchy Carmen, and everyone eventually agreeing that Russell’s idiotic idea to open an English pub in Omaha (where they’ll serve warm beer, tee hee!) is somehow a sound investment. Kasdan’s ear for dialogue completely abandons him here, leaving his cast to frown, pout, and generally overact with abandon, a situation that leads Keaton in particular to freely indulge in her usual quirky, arms-flailing, sobbing-and-then-screaming routine. Meanwhile, shots of the natural landscape are inserted into the action almost as awkwardly as an animated dream sequence of poor old Freeway fleeing woodland predators.

That Sam Shepard also appears as a sheriff suffering from kidney stones simply further pushes Darling Companion into a realm of name-actors-embarrassing-themselves cartoonishness, so that by the time Joseph and Beth make nice over mending Joseph’s separated shoulder in a prolonged scene of cradled moaning and instruction-giving—part of the overarching portrait of how animals bring people together—any sense of reality has long since been jettisoned in favor of broad comedy-schmaltz. A cornucopia of cornball bathos, the film is only saved from being an unmitigated disaster via the fact that its canine is largely left off screen, thereby keeping to a minimum mawkish doggie close-ups.