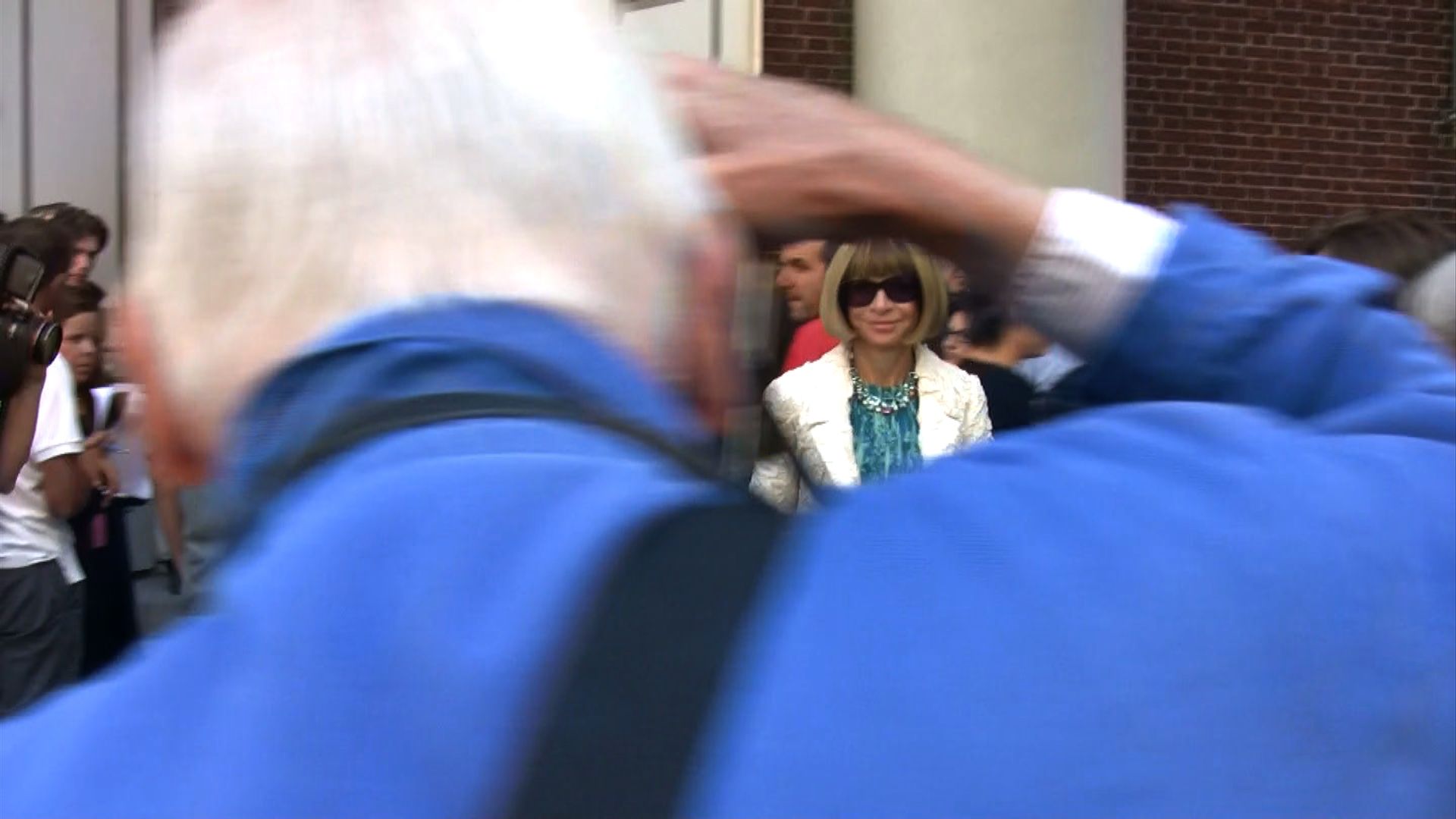 Given his four-decade-plus career as a New York City chronicler of both everyday and high fashion, Bill Cunningham is astutely defined by Bill Cunningham New York as not simply a traditional photographer of clothing, but an anthropological historian. Richard Press’s documentary follows the famously reclusive 80-year-old shutterbug as he carries out his twin duties for The New York Times: his weekly “On the Street,” page featuring shots of average citizens out and about Manhattan, and his “Evening Hours” section, focusing on those attending the city’s innumerable gala events. Together, these two outlets provide Cunningham with a means of capturing a sense of the city in total, of the path fashion takes from the runway to the halls of high society to the sidewalks, his work thereby assuming a cultural importance not lost on the myriad talking heads (including Anna Wintour and Tom Wolfe) who effusively sing Cunningham’s praises. As a gentleman at a Parisian fashion event tellingly informs a staffer too dim to immediately allow Cunningham access, “Please, this is the most important person on Earth.”

Press’s doc assumes a casual seat-of-its-pants aesthetic intended to mirror Cunningham’s own style, in which shots occur organically and with minimal fuss. That get-the-job-done attitude defines Cunningham’s life, enjoyed for half a century in the famed Carnegie Hall studios (until his recent eviction) in a tiny apartment dominated by filing cabinets, his bed merely a mattress propped up on crates and stacks of paper. Food, music, and romantic relationships are of no concern to this artist in constant motion; he’s a gregarious, smiling figure always decked out in his utilitarian blue coat and astride his Schwinn bike (his 29th, its predecessors all victims of theft). The contradiction between the photographer’s own bare-minimum lifestyle and his love of striking, outrageous fashion is one of which he proves well aware. And it’s one that the film depicts as not as odd as initial appearances suggest, since watching Cunningham traverse the metropolis’s crowded daytime streets and ritzy nocturnal shindigs is to see a man for whom the work—which, while receiving an honor from France’s Ministry of Culture, he staunchly redefines as “fun”—is everything, and the only thing.

Asides about the relocation of Cunningham and his Carnegie studio neighbors may provide glimpses into his private life but otherwise distract attention away from his role as documenter of second-half 20th-century New York society. It’s a task he carries out with great empathy, with Details magazine founder Annie Flanders, who at times provided Cunningham with upwards of 100 pages in her publication, recounting his fury at having a runway-street comparison layout warped into a mockery of regular people. His treatment of his work’s two social milieus—and his celebration of creativity and freedom of expression above all else—reflects an egalitarianism that he not only embraces, but which he slowly but surely convinced the Times to accept as well.

In back-to-back late-game questions, Press attempts to uncover a link between Cunningham’s sexuality (or lack thereof) and his casually mentioned habit of attending church (he was brought up a Catholic). Yet prying doesn’t really suit the doc well, attuned as it is to its subject’s straight-shooting and disdain for unnecessary embellishment. And in his casual address of these issues, most notably his concluding, jovial “whatever,” Cunningham makes plain the superfluousness of such issues even in his own bio, which is at heart the story of a man for whom life’s great joy has come from wholesale immersion in artistic obsession.