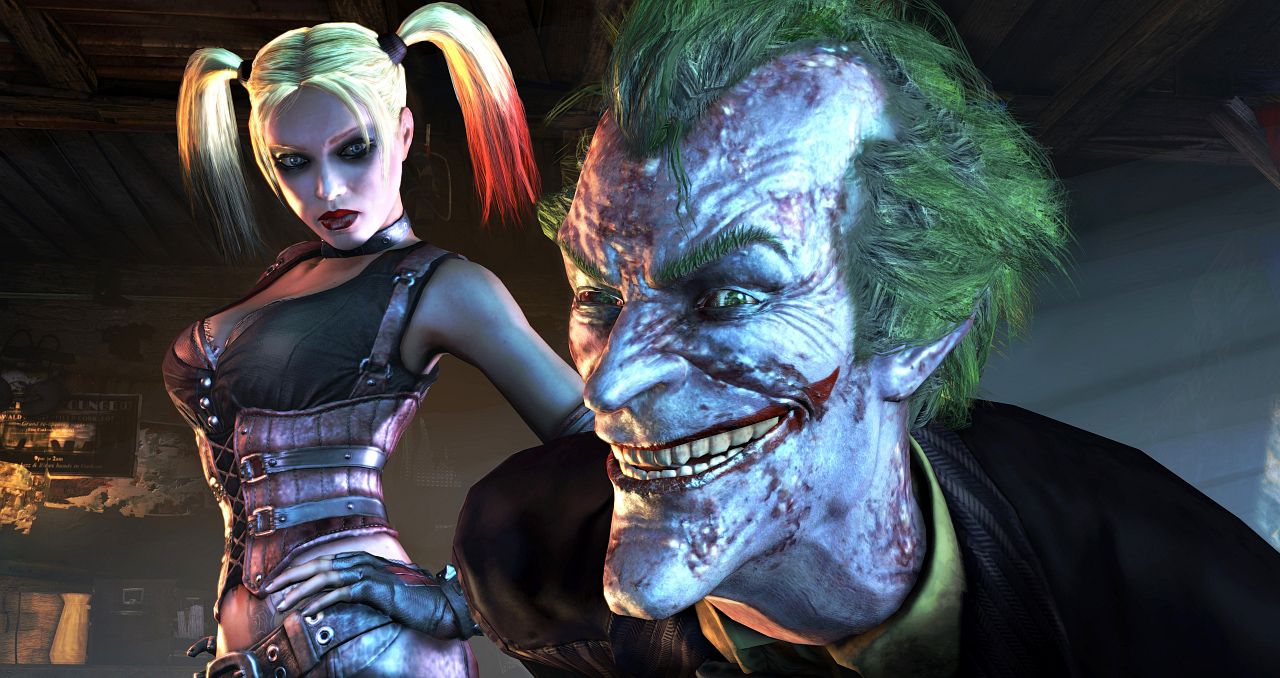 Giving our inaugural Best Video Games list a thorough once-over, the question that ultimately begs to be answered is this: Was 2011 a creative regression for the video-game industry? It’s a valid inquiry, as 22 out of the 25 titles we’ve named the year’s most valuable are either sequels, prequels, or another non-timeline-sensitive entry in an already established series (if you happen to acknowledge Child of Eden as a follow-up to Rez, then make it 23). I can recall an era where every new game was, literally, a legitimately new game, unveiling technology, characters, and gameplay that had never been seen before. Now, it’s as if the most direct pathway to a masterpiece for developers is an unwavering focus squarely on the refinement of their own past successes, adjusting and enhancing prior ingredients proven repeatedly fruitful in order to manufacture a regenerated end result that radiates ingenuity. What’s interesting about 2011’s gaming continuations is that, for the most part, they honorably cater to the idea that how longtime fans of the source material feel about the updated substance is far more important than the resulting economic gain. While it’s true that Call of Duty: Modern Warfare 3 broke copious capital-making records, Infinity Ward received criticism from the masses for not altering the formula enough, so much so that the whole package feels like a mere upgrade rather than another groundbreaking experience. Yet the game still sold millions instantaneously, and despite the rampant shit-talking, it still found its way onto our list, because nobody can argue that it isn’t insanely fun to engage in. It’s truly a relief to know that the consumer still has some say in how a game is put together, even if they remain willing to shell out the cash for a less-than-satisfying final product.

Anyone who contests that nostalgia doesn’t play a substantial role in 2011’s most praiseworthy games is simply fooling themselves. Super Mario, Kirby, Rayman, Pokémon, The Legend of Zelda—these are all beloved franchises that hold special places in the hearts of many. You could likely set the clock back 10 years and find most of our editors locked away in their rooms, devoid of adequate sunlight, attempting to defeat the final boss or collect every last item before they pass out from lack of sleep. This year brought back those treasured feelings of both frustration and elation, reverting grown men to fervent fanboys, as the classic meshed with the modern to give birth to a distinctive set of games that point the current decade in the right direction for a supreme proliferation of artistry. If nothing else, 2011 provided a crop of visually spectacular games. There’s not a single title on our list that could be considered homely in any respect. Three words do well to sum up the year adequately: All is well. Mike LeChevallier

Execution trumps originality in iD Software’s long-in-the-making Rage, a game that hews to an awfully familiar post-apocalyptic Fallout-style template in terms of story and environmental design, and yet nonetheless manages to thrive on the basis of its excellent gameplay, outstanding visuals, and expansive single-player campaign. While weapon-customization, item-upgrading, and other RPG-ish elements are rampant throughout, the game rests on the back of its straightforward FPS action, which is bolstered by diverse enemies that one combats in consistently well-designed, inventive battle arenas. The obligatory chitchat with other characters proves to be more of a chore than an enlightening means of creating immersion, and monotony does eventually creep into the action. But between the recoil-charged physicality of its weaponry and the sheer pandemonium of its many centerpieces, it’s a game that, while not the epic it aspires to be, delivers a wealth of visceral, nerve-jangling in-the-moment pleasures. Nick Schager

While Suda51’s attempts to make gaming’s Never Mind the Bollocks got increasingly tedious this year, the Gaijin team created gaming’s Ramones Leave Home with Bit.Trip Flux, a self-consciously primitivist masterpiece that reaches back to the roots to create something unprecedented. At a quick glance, this is just good ol’ Pong with an interactive soundtrack. But the magic isn’t in the description, it’s in the experience, and Bit.Trip Flux is the most purely joyful gaming experience I had this year. The game’s enthusiastic screwing with the player induces the familiar forward lean of a gamer facing off with a designer, and as you’re tilting toward the screen, it yanks you in with a driving yet warm sound-and-light show to merge you and your Wii into a single musical cyborg. This may be the purest work of art that the medium has ever produced, an experience unimaginable in any other form, and it’s simply perfect beyond description. Daniel McKleinfeld

Amalgamating design and gameplay aspects from nearly every Super Mario quest to come before it (with a firm emphasis on Super Mario Bros. 3), Super Mario 3D Land is an outstanding example of why Nintendo remains the best development team working today. Ostensibly without much stress or pressure from the surge of FPS and MMO mongers, the company is continually able to please their devoted followers and, at the very same instant, manages to entice digital-gaming virgins, be they six or 60 years of age. Showcasing stunning attention detail at every corner, an intuitive control scheme, colorful, ahead-of-the-handheld-curve visuals that make elegant usage of the 3DS’s autostereoscopic prowess, and a tremendous amount of fan service, SM3DL is not only a more than worthy successor to Nintendo’s current platforming high watermark Super Mario Galaxy 2, but a fine introduction to the franchise for anyone just breaking into the wide, wondrous world of video gaming. LeChevallier

A sequel to the lauded 2008 puzzle platformer, LittleBigPlanet 2 welcomed players back into Sackboy’s dazzling textile wonderland of cardboard-box fortresses, sentient calendar creatures, stickers galore, and obstacle-filled planetoids made of craftwork bric-a-brac. In terms of gameplay, the Story mode is as beautiful as it is varied. Mount a canine steed that shoots sonic barks, swing over pits of lava with a grappling hook, or gun down enemy spacecraft in a Gradius-inspired aerial shooter, which even takes on full 8-bit, old-school glory in one level. And of course, there’s the beloved Create mode. The level design game-within-a-game offers users an almost intimidating amount of creative resources to fashion their own LBP stages to share with the world. Some players’ brainchildren include Halloween-themed levels, stages that turn into hip-hop music videos, and levels that send Sackboy skydiving—all of which are as fun and wacky as anything in the already stellar Story mode. Bryan Lufkin

Since the first Kirby game, 1992’s Kirby’s Dream Land for the Game Boy, Kirby has been Nintendo’s perennially adorable puffball. He can also kick a lot of ass. Kirby’s Return to Dreamland reinstates the latter. Although 2010’s Kirby’s Epic Yarn possessed a delightfully inventive art style, it was a little too toothless of an experience for some hardcore platformer fans. Dreamland remedies that negative with its vibrant level design, easy drop-in/drop-out four-player options, and screen-clearing special attacks. So many games in 2011 push the player into a harsh world filled with shadows. Kirby’s dreamscape is a welcome antecedent. Instead of bombed-out landscapes and slate-gray corridors, it has DayGlo clouds and little winged orbs that flit about your head like drunken flies. It’s a game that harkens back to the golden age of platformers and slashes the difficulty for the Angry Birds generation. Nearly 20 years later, Kirby is still reveling in its own accessibility Kyle Lemmon