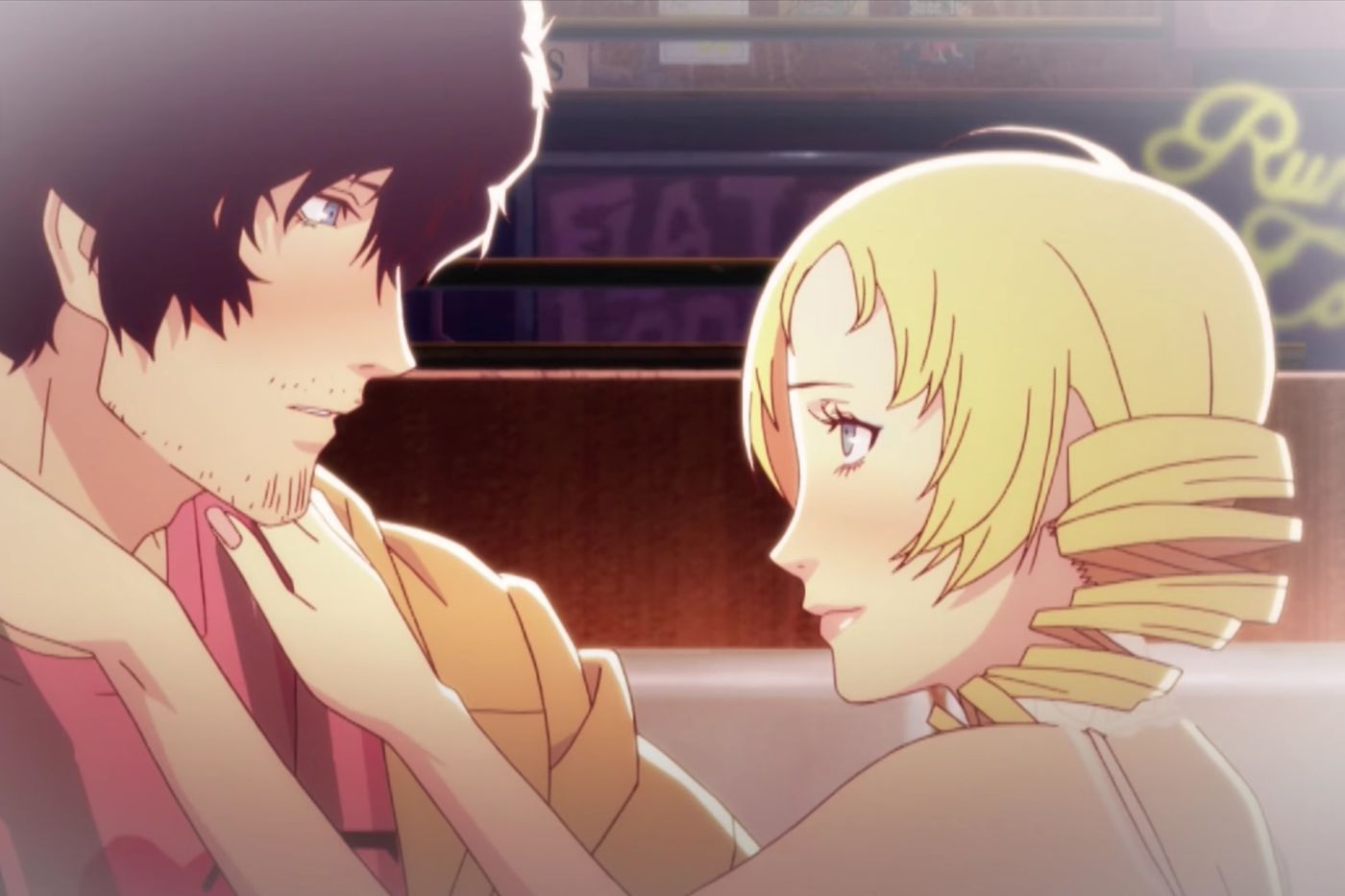 As an artistic medium, video games are still relatively young. Barely decades have passed since the first console was released to the home market, and while the advances in technology have been rapid, the evolution of theme and narrative has dwindled. In many arguments about the merits of video games as “art,” the question arises of what constitutes the Citizen Kane of video games, an unfair query that ignores the fact that Orson Welles’s masterpiece wasn’t released until well after cinema had reached some kind of maturity, over 40 years following the medium becoming commercial.

It’s not difficult to see video games as an infantile medium, both in age and subject matter. The highest-profile games are frequently dominated by pro-masculine bullshit: killing, explosion, guns, and a general disconnect from humanity. Narrative and meaningful themes need not apply. (Genuine examinations of masculinity in games are so far and few between they seem like minor miracles; consider the fascinating Gears of War 2, which positions its ludicrous car-like wrestler protagonists in a mutually destructive war for oil against a lizard-skinned enemy, all who look identical to the heroes and are leveling cities with a giant penis. Or the brilliant and nihilistic Modern Warfare series, in which jingoism and military/war fetishism are both rewarded with cruel and brutal death.) The medium’s crass misogyny is never more prevalent than in its depictions of women, rarely represented outside of the “damsel in distress” archetype or, worse, as over-sexualized objects to be as titillating and submissive to the target audience as possible, even or especially in an empowered heroic role. The evolution of Lara Croft from “female Indiana Jones” to “busty snappable lingerie model” took less time than it’ll take for you to read this review.

Leave it to Atlus, the creators of the popular Shin Megami Tensei and Persona series, to rock the boat with something entirely different. For months, Japanese import Catherine was gathering international interest with its surreal images of demonic babies, seductive temptresses, and bizarre block puzzles, leading to translation and worldwide release. Intrigue built to a peak and I’m pleased to say the overwhelmingly positive critical reaction is founded: As a mature, introspective answer to a masculine-dominated medium, Catherine is definitely a step in the right direction, even if it isn’t a complete success.

Framed as an episode in a Twilight Zone-style anthology series, Catherine tells the story of 32-year-old Vincent, a happy-go-lucky computer programmer free of ambition and commitment. His pretty, long-term girlfriend, Katherine, is urging him to improve and build on his life, pushing him toward aiming higher in his career and spending less time with his friends at bars. After the suggestion of marriage, Vincent is terrorized by surreal dreams of climbing blocks, finding himself running away from some invisible threat while clutching his pillow. Meanwhile, an investigation into the mysterious deaths of young men found in their beds with twisted looks of anguish on their faces is being carried out in his hometown. A chance encounter with a beautiful lingerie-clad twentysomething named Catherine leads to a one-night stand, a transgression that makes Vincent’s nightmares even more horrifying and persistent. As he tries to hide his misdeed, Katherine reveals that she’s pregnant, and then the real horror begins.

The bulk of the gameplay takes place within Vincent’s frightening dreams, wherein he must scale colossal block puzzles as the world collapses beneath him. Getting used to the game’s mechanics takes some time, and even on Easy the game presents a formidable challenge. (An additional “Super-Easy” mode was patched into the game on the request of frustrated Japanese gamers.) At its core, the game has the player move blocks to create paths that can be climbed, to use simple controls to chain together movement while dealing with a variety of other obstacles. Each night ends with a boss battle, in which Vincent is pursued by a murderous demonic leviathan taking the shape of his own fears, such as a gigantic demon baby or a twisted monster bride. Vincent isn’t alone in this nightmare world; other men, who appear as sheep, are trapped in the same nightmare, forced to scale the puzzles while being pursued by horrific manifestations of their own personal demons.

During the daytime scenes, Catherine plays like a cross between a movie, as events play out with little interaction, and a dating sim, in which Vincent spends his time drinking with friends at a local bar, mingling with other regulars or responding to messages on his mobile. The interface allowing this interaction works really well, allowing entirely different exchanges with the two objects of Vincent’s affection, as well as allowing further development with others around him. Likewise, in between the block puzzles Vincent can talk to the others trapped in the nightmares, leading to the revelation that most of the “sheep” are individuals he knows in real life. Depending on these exchanges, Vincent can help or make competitors out of his equals, adding another level of challenge to the game as the player struggles to keep others alive. These portions of exposition are often more interesting than the core gameplay; as Vincent tries to deal with his troubling scenario in and out of reality, the characters around him are struggling with their own personal inadequacies. Consider, for example, the account of a guilt-ridden journalist whose story on a disadvantaged ballet dancer resulted in her success and a mass of attention, both from admirers and rivals, leading to vicious mistreatment by those jealous of her and subsequently her suicide; it’s poignant, affecting, and the last thing one expects to find in a video game, especially one whose cover features breasts front and center. Catherine offers unusually blunt, mature insight into male views of women and relationships, and it’s intentionally aimed at those who will find it the most meaningful; it’s no accident Vincent is the same age as that oft-repeated statistic about average age of gamers. His trials raise many of the concerns the target audiences will share, and everyone will recognize the different perspectives the characters have on intimate relationships and responsibility.

Everyone is on the same level in Catherine. Male characters might spew misogynistic rants full of ugly generalizations, but the game correctly identifies these as arising from insecurity and difficult personal history. The game also treats its female characters with respect: Katherine’s doubts and fears are just as reasonable as Vincent’s, making it impossible to easily judge her as being dependent, overly emotional, or manipulative, and despite her attractive appearance, she doesn’t dress in an overtly sexual manner, much like a real human being. Conversely, young Catherine is nothing but sex, and the game is completely aware of how similar she is to the usual shameful representation of women in games. (It’s also worth noting that despite the alluring box art, the game features no direct nudity or sex scenes.) Her easy youth and playfulness will seduce both Vincent and the player, and both are punished in turn. It’s the rare property that acknowledges that “feminism” is synonymous with “egalitarianism,” and refuses to neatly categorize or judge any of its company.

Unfortunately, the game can’t sustain its ideas across the running time. The narrative ultimately fizzles out without concrete answers to the lofty questions it poses; likewise, the block puzzles break down in the stupidly difficult endgame, relying on frustrating persistence with trial and error over actual skill. There are multiple endings depending on how the player answers various personal questions in the Nightmare stages, and how long one dedicates to the intriguing Rapunzel arcade game found in the bar during the day, but most are hilarious nonsense and don’t fit the tone or narrative. This doesn’t really degrade from the experience, fortunately; the overall effect is so outrageous and original it’s difficult not to be amused by each bizarre revelation. Vincent may just as easily end up with his true love forever, as he may end up going into space.

That outlandishness is shared by the game’s fantastic Deluxe Edition, which includes the boxer shorts that Vincent wears in his dream (in large size) and his shirt (also large) that Catherine wears each morning when she wakes up in his bed, alongside a creepy pillowcase emblazoned with the succubus herself. It’s wonderfully Japanese and fits perfectly with the “we’re all damaged and all share these trials” ideology the game is going for. Wrapped up neatly in a pizza box from the bar Vincent and friends spend their evenings at, and complete with art book/soundtrack, this set even gives last year’s “Best Special Edition Ever”—the Alan Wake Collector’s Edition, which included an actual hardcover novel of the fictional author’s stories and biography with other material in a hardcover book keepcase—a run for its money. Catherine also features additional single player levels and a competitive multiplayer mode for friends to race the block puzzles, should one feel the need. Although both the PS3 and Xbox 360 versions of the game play identically, the 360 version is hindered by the controller’s inadequate D-pad, guaranteed to make the block puzzles even more difficult. The combination of better controls and smooth Blu-ray-driven visuals render the PS3 version superior, but not so much so that 360 owners should skip over it. Catherine’s originality stands out. Although neither narrative nor gameplay are completely successful, it’s alive with depth and ideas, and like last year’s wonderful and potent Heavy Rain, it gives an idea of the excellent direction the medium is taking.