Sony and Media Molecule’s LittleBigPlanet 2 arrives standing on the shoulder of itself, an empire built around building and playing with—and for—players, feeding on itself for sustenance in a medium already nervous for content. When the first LittleBigPlanet was released in 2008, the concept of user-created platforming levels constructed from a particularly advanced and “next-gen” tool set was exciting, and continued support and expansions for the game have bred millions of levels—mostly mediocre with the occasional brilliance—and a dedicated fanbase, many of whom are probably anxious to see what’s been done, if anything, to that special formula. Designed in every way to be a sequel of “bigger, better, and brighter,” LBP2 succeeds in delivering improvements, but loses a little spirit along the way; it’s a wonderful game that perhaps works in spite of itself.

From the onset of LBP2’s impressive Story mode (a preloaded series of professionally designed levels that can be played either alone or with up to three other customizable costume vessels known as Sackboys/Sackgirls), developer Media Molecule’s ambitions are clear, which is to provide a polished narrative spanning several worlds and featuring an eclectic mix of supporting characters, fully modeled and voiced during cinematic cut scenes. The story, rife with manic humor and touching analogies to the human psyche, involves an evil vacuum cleaner, the Negativitron, bent on sucking up the objects (and good vibes) that make up the daydream-formed conglomeration of “Craft World,” a depository for the populace’s ambitions, hopes, and creativity. Sackboy, LittleBigPlanet’s mascot and recurring star, is recruited to join the “Alliance”—a group of silly-looking heroes that include a newspaper mop with 3D glasses, a mustached disco astronaut, and a Victorian bobble-head, among others—and, through perseverance and teamwork, put a stop to the mechanical incubus and make dreaming safe once more. It’s a self-contained, sweet, and rather touching look into the brainscape of anyone who has ever been lucky enough to have an idea.

An updated graphics engine pumps up LBP2’s visuals with beautifully rendered environments and enhanced liquid and particle effects, allowing for a more “produced” game to step in and sweep away some of the dust left behind from the first title. In smoothing over these rough edges, however, I can’t help but feel that some of the skittish charm of LittleBigPlanet was lost. A large part of the wonder that the first game exhibited came from the way in which it seemed to will itself into existence, and how every level felt like a delicate sampler of intricate moving parts that could collapse at any moment. Being able to see the gimmicks as they were turning was part of the fun. These patchwork, homemade overtones have been usurped slightly with a more seamless arcade-like oeuvre, channeling a “games-within-games” concept that drifts away from its fragile roots (which I never questioned; dreams are fickle, after all). There’s no doubt that this has made LBP2 more technically solid overall, and other improvements to the backend—such as a slicker menu system that streams friend activity and level statistics—are certainly welcome and appreciated…yet it seems that a bit of LittleBigPlanet’s essence was diluted in the upgrade.

However, it’s easy to see why the developers felt the need to ramp up LBP2’s dressings, as the levels themselves serve as a showcase for the many additions made to the “Create” engine, meant to spark the imagination and raise the bar high for even the pluckiest of home-level creators. Global in-game tools and environmental features such as jump pads, grappling guns, and gravity modifiers are utilized in extremely clever ways, and greater camera control and vehicular customization (one outstanding level involves large dead-eyed toy animals that Sackboy can ride and manipulate) result in some slippery but functional versions of shoot ‘em ups—both top-down and side-scrolling—and combat-centric boss fights. Make no mistake, these new subgenres will forever be tied to the physics-based mechanics of LittleBigPlanet (more on that below), but there is a staggering potential for original content once players get used to these systems, and that is undeniably thrilling for the average gamer (read: myself) too impatient to practice techniques like programming in-game circuits, remapping controller functions, and setting AI behaviors for non-playable characters—though a thorough series of tutorials await those eager to dip their toe into level creation, much like the first game. While you can only get out of LBP2 what you and others put into it, the options available to you are amazingly numerous.

Unfortunately, LBP2’s “Play, Create, Share” mantra continues to revolve around mushy and languid platforming controls, which only serves as a detriment to an otherwise noble concept for modern gaming. Nowhere else has a game been so married to its physics engine, creating levels that begin as frustrating puzzles of timing and momentum and end as slightly boring lightning-speed playthroughs once learned. The other pillar of the series’s mechanics are optical tricks involving 2D planes, where the player must figure out which one of three different layers of depth Sackboy should be standing or jumping to at any given time, littering the overall game with a once-fresh-twice-drowsy player experience. Other than collecting prize bubbles and bettering scores, the replay value of individual levels is slim. Of course, this criticism has little weight considering the onslaught of player-created levels soon to be unleashed upon the world (and this is without even considering the three million stages from the first game already in existence and backward compatible with LBP2), but it’s a prominent blemish that prevents the game from achieving perfection.

Despite a few inherent flaws, however, LBP2 is a notable achievement for Media Molecule, who were able to take its own foundations and, for better or worse, make some marked improvements. If the game’s cheeky and well-designed Story mode is any indication of the types of levels and mini-games that are possible from the creative masses, then plenty of surprises and delights are sure to come. The biggest obstacle LBP2 faces is, ironically, itself, since the platforming and physics remain problematic at times, even under the guises of different genres. Those willing to forgive that, though, will definitely be rewarded. 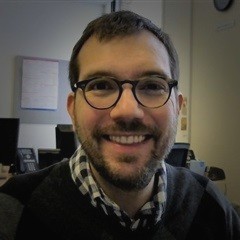 Kurt Shulenberger's writing has also appeared in MUBI's The Notebook.