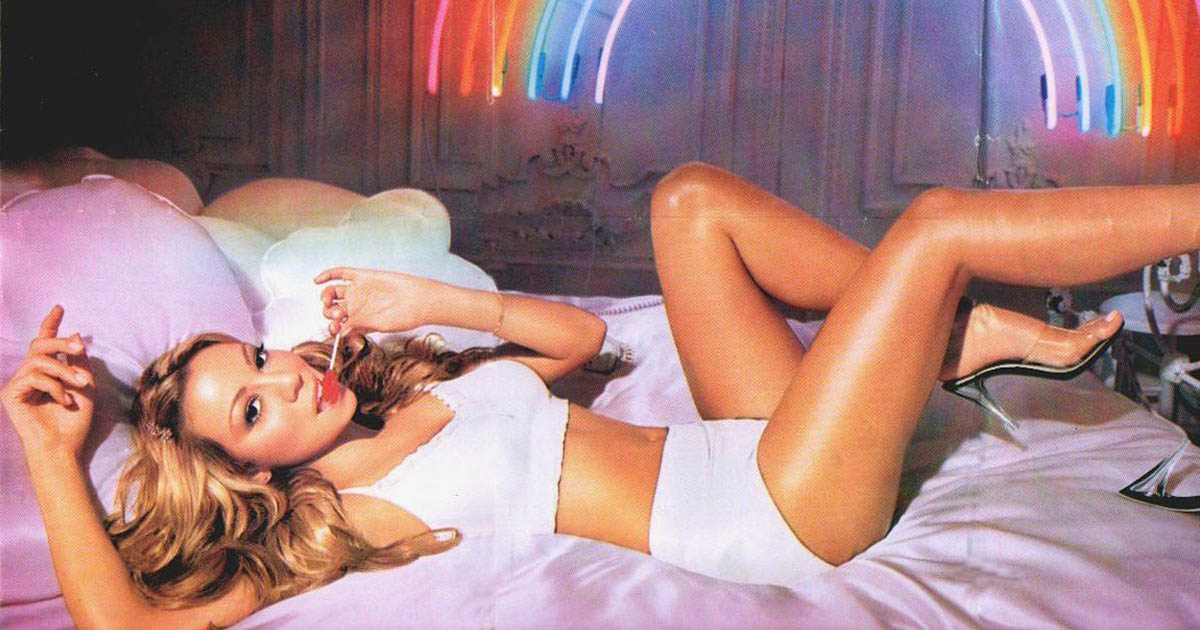 Just hours before news broke that EMI had dropped Mariah Carey from its Virgin Music Group, the superstar left a voice message to her fans on her official website. There was nary a hint of what would make headlines the very next morning, but in retrospect, the message is a sad reminder of the only thing that seems to keep Carey going these days: “As always, I’m just thinking about you. I appreciate ya, love ya, and I enjoy ya. And I’m gonna call you again soon.” In some ways, it was an indignant declaration that she’s not going anywhere. Blame it on Bush or bin Laden (the recording industry saw its first decline in over a decade, down 5% from 2000); blame it on younger, savvier pop talent (Britney, Christina, J. Lo); blame it on that crazy ol’ breakdown (her publicist snatched a microphone away from Carey after she began babbling about “positivity” in a mall parking lot). Regardless, Carey’s fall is unprecedented. Even Michael Jackson’s fade into relative irrelevance seemed gradual (it began the moment Thriller became one of the biggest selling albums of all time). But Carey seemed to grow more and more popular with each release.

Ironically, the moment Carey took the reigns on her career was the very moment she lost control. Her separation and subsequent divorce from husband and Sony President Tommy Mottola led to 1997’s Butterfly, easily the singer’s most personal effort and arguably her best. Carey expounded her liberation within the context of a delicately executed blend of pop and hip-hop. The album, which included the P. Diddy-produced “Honey” and the Missy Elliott-penned “Babydoll,” was a move in a more urban direction, furthering the crossover that began with 1995’s “Fantasy,” the remix of which featured Wu-Tang Clan’s Ol’ Dirty Bastard. In the end, Butterfly spawned two number one hits but sold only half of its predecessor, the 10x platinum Daydream. Hardly a disappointment, Butterfly’s performance was, however, a sign of things to come. 1999’s Rainbow was a prosthetic extension of the creative freedom for which Carey had fought so hard. Carey racked up her 15th number one single (the most of any female artist in history), but the album sold a mere 2.9 million copies and quickly faded away.

Perhaps she had alienated her core audience by adding rappers and remixes, but by the time the new millenium rolled around, Carey had all but kitsched herself into oblivion and air-brushed her way out of public consciousness. Like a kid in a candy store, Carey took camp to new heights with her sample-happy “Loverboy” and its accompanying video. Decked out in fuscia short-shorts and a red bandana tied around her chest, the singer popped out of a giant pink birthday cake seemingly because she could; after all, she didn’t need (nor desire) Daddy’s approval anymore. While all of this was undeniably entertaining, there was something slightly unsettling about it. For music journalist and artist manager Craig Roseberry, Carey’s recent appearance on MTV’s Cribs is explanation enough: “That alone tells you the reality we’re dealing with: deep-rooted sadness and longing.” At 31, Carey looks more like a little girl running around in Mommy’s high heels and negligée than a woman taking charge of her own sexuality. At this point in her career, Madonna was dancing in front of burning crosses, challenging everything she was raised to believe, and spearheading a sexual revolution that continues to this day. Carey, on the other hand, is admittedly “trapped in the 8th grade,” literally dancing on the stage of her grade school auditorium.

Carey’s first release for Virgin, Glitter, sold a paltry 500,000 copies (to put things in perspective, the “Fantasy” single sold 2 million). Sure, “Loverboy” was the biggest-selling single of 2001, but with little-to-no radio airplay, Carey was denied her 16th chart-topper. Subsequent efforts to re-ignite the album failed and Carey’s record-breaking $81.6 million contract with EMI was dissolved. But don’t cry for Carey yet. The singer allegedly walked away with close to $50 million from the deal ($21 million in advances and $28 to exit). And critically, Glitter was one of Carey’s best-received albums to date. The question is not “Can Carey make a comeback?” but, rather, “Is she smart enough to do it right?” Roseberry believes she is. “Glitter is Mariah’s Erotica Good or bad, it’s her baby. She does have a future but she’s going to have to grow up and reinvent herself. It’s just healthy to [do so].”

Carey may have alienated some fans with saucy album covers and barely-there minis, but the public is surprisingly forgiving—and forgetful. Besides, there are those in the industry who think she has earned her street cred post-breakdown. With the Glitter movie poised to become the next great camp classic and a Superbowl National Anthem performance that’s likely to be more Roseanne than Whitney, Carey is bound for infamy. To redeem respect, however, is another story. We know Carey understands the concept of restraint: she once sat rain-soaked and pouty in the back of a limousine in the downright erotic clip for “The Roof”; she held her own alongside Aretha Franklin at VH1’s first Divas Live show in 1998, sounding and looking like a woman finally coming into her own. Somehow, she must find a way to undo the caricature she has since become.

While drippy balladry and ‘80s retro has served Carey well, it would behoove the soulstress to focus her talents on more authentic soul. Perhaps she should ring Clive Davis at J Records, the newly formed label whose guidance is largely responsible for the success of Alicia Keys, but it’s doubtful Carey will again gravitate to such a patriarchal figure. There are reports that she will sign with Arista or Def Jam, but most labels will undoubtedly view the star as a power-struggling liability, not an asset (a spokesperson for Arista denies the label is in negotiations with Carey). The careers of previous Sony runaways like George Michael and Sophie B. Hawkins have been nothing short of dismal. It might be time for Carey to count her losses, throw on a pantsuit (hell, even Madonna eventually put her clothes back on), and go crawling back to Tommy. With the music industry going the way of Hollywood’s now-defunct studio system, artists may soon become free agents. In the meantime, as the chart titan searches for a new foster home, she’ll have to relinquish some, if not most, of her long-coveted creative authority. That might be something she’s simply not willing to sacrifice.

Review: The Chemical Brothers, Come with Us