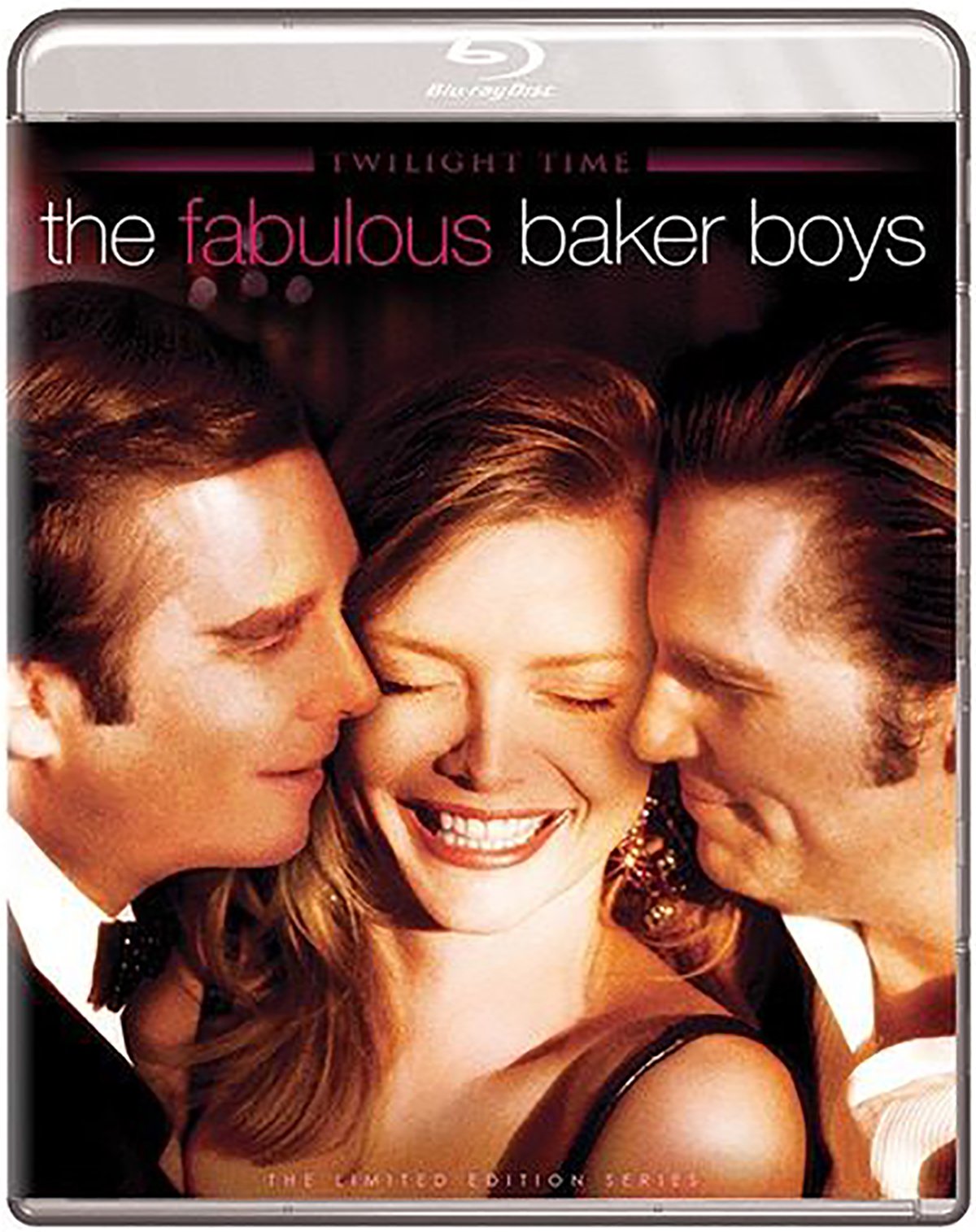 Though the phrase “film noir” is now primarily associated with hyper-stylized crime films, it’s worth remembering that the French critics who popularized the phrase applied it to a wide variety of genres as a method of recognizing aesthetic flourishes that were varyingly informed by production values and the politics of the eras in question. Noir is now often casually considered in terms of a film’s plot, which usually has something to do with a smart woman betraying a dumb man in the middle of a criminal enterprise. But, to use Orson Welles’s filmography as an example, Citizen Kane is as much a noir as The Stranger or The Lady from Shanghai, though the former is only occasionally described in such terms. In the context of neo or postmodern noir, titles such as Blood Simple and Red Rock West are reliably name-checked. The Fabulous Baker Boys is seldom included, for instance, though it should be.

At their simplest, noirs create dream worlds that offer portraits of estrangement and economic frustration. In The Fabulous Baker Boys, the city of Seattle is rendered, through the lensing of the great cinematographer Michael Ballhaus, as a surreal realm that appears to have been ported in nearly unchanged from the backlots of the thrillers and studio musicals of the 1930s and 1940s. The streets in the film have a similar stylized uncrowdedness, and are framed so as to resemble great, unofficial stages, which gently honor the past of several genres while asserting the notion that everyone’s performing all the time, with every piece and parcel of any given landscape available as potential venues. This land abounds in the hot colors that Ballhaus accentuated in many of his collaborations with Rainer Werner Fassbinder: purples, reds, greens, and grays, which all suggest how the facts of contemporary city life inadvertently mirror and shape our own melancholic projections of ourselves, which are also influenced by the movies that influence The Fabulous Baker Boys.

Director Steve Kloves manages an unusual feat, fashioning something that’s conscious of its artistic heritage without scanning as self-conscious, like most neo-noirs. This is the key to the film’s considerable emotional pull, as you’re allowed to give yourself over to the narrative’s purplish pathos without feeling as if you’re being set up for an elaborate, ironic joke, and Kloves has the decency and the talent to justify that trust. When slumming schmaltz pianist Jack Baker (Jeff Bridges) tells a waitress that she’d better button up because “it’s cold out there,” the blunt double meaning of the line (referring to the weather and to the fact that it’s a lonely, lonely world) isn’t a put-on. Kloves and Bridges mean it, even though it’s the sort of line that could’ve come straight out of something like Mildred Pierce or Sweet Smell of Success 40 years earlier.

The Fabulous Baker Boys might be the loneliest mainstream American movie since In a Lonely Place. The film is so poetically sad and wounded it consciously courts, but never quite achieves, ludicrousness; in this vein, it resembles 1989’s other terrific, under-discussed neo-noir, Sea of Love. Jack’s a brilliant jazz pianist stuck playing tunes like “Feelings” in cheesy tourist spots with his less talented but greatly more stable brother, Frank (Beau Bridges). Jack, a bitter, untethered womanizer, has only the company of his dog and a girl who lives in the shitty apartment above his own, who often visits him when her mother’s sleeping around. On Christmas Eve, Jack, his sick dog, and the girl drink eggnog alone in his apartment, sitting on his threadbare couch, watching television. The scene is like a song from Tom Waits’s album Closing Time come to life, or it suggests a pose that Edward Hopper never got around to painting. The moment is conceptually absurd yet catastrophically heartbreaking in that delicate fashion that only a really good jazz number or melodrama can manage.

The monotony of this sonata of broken dreams is disrupted when Jack inevitably drifts toward Susie Diamond (Michelle Pfeiffer), the sultry new singer in the Baker Boys’ act. Jack and Susie’s eruptive union paves the way for the film’s baldest, most amazing appropriation of old-movie iconography. When Susie sings “Makin’ Whoopee” in a traffic-stopping red dress, mounting Jack’s piano as if it’s an extension of his very essence (and it is), all bets of detached, business-collaborative stability between the two are understood to be off. Frank’s away for the night, and this is Susie’s Gilda moment, which Ballhaus captures in a memorably languorous series of camera pirouettes. After the show, which is on New Year’s Eve so as to further intensify the film’s aura of decadent, existential rootlessness, Susie delivers a monologue about her life as an escort that’s as theoretically ridiculous as Jack’s prior moment of Christmas alienation, and every bit as moving.

The Fabulous Baker Boys ultimately soars on the strength of its three perfectly cast stars, who collectively wed studies of glamour (Jeff Bridges and Pfeiffer) with ruminations on the pain of life as an everyman among stars (Beau Bridges). Frank’s the film’s real hero: a man braving the reliable, unglamorous banality of daily disappointment, refusing to indulge self-pity, which only looks good on beautiful people anyway.

This transfer offers a clean, yet engagingly soft image that’s appropriate to the film’s source material as well as its fantastical atmosphere of golden-era Hollywood wish-fulfillment. Colors are intense and lush, particularly the greens, reds, purples, and grays. Background detail is strong (note the stars that are subtly visible in the skyline during a key scene that’s set on a hotel terrace, which cinematographer Michael Ballhaus also discusses in his audio commentary), and skin tones are creamy and gorgeous, which is important to a film this sexy. The soundtrack is nuanced, most notably in mixing the carefully chosen jazz numbers that accompany Jack’s increasingly lonely adventures. The non-diegetic music has a way of occasionally drifting in and out of the image, like a ghost, establishing a mood of chic melancholy. The diegetic music, on the other hand, is contrastingly tactile, aurally detailed to illustrate the characters’ evolving relationships with one another. (Jack’s piano playing alone offers a running commentary on the principle emotional triangle.)

The audio commentary by writer-director Steve Kloves and film historians Julie Kirgo and Nick Redman is informational and engagingly conversational, featuring three intelligent, talented, unpretentious people discussing a generally underrated film with passion and insight. Kirgo encourages Kloves to elaborate on more personal matters of fashioning the script and working with the actors (the filmmaker discusses Michelle Pfeiffer’s perfectionism with memorable insight and poignancy), while Redman keeps him focused on historical context and behind-the-curtain business machinations. Kirgo and Redman make a good team, as they have in prior Twilight Time commentaries. The second commentary by Ballhaus is logically more technical-minded, but it’s a compelling listen and a must-hear for people who intend to practice his craft. About 20 minutes’ worth of deleted scenes are included, and they’re actually pretty good, elaborating mostly on Jack’s strained relationship with Frank’s wife and children, though they were presumably cut for pacing and to wisely allow certain dramatic tensions to remain implied, rather than fully explicated. An isolated score track, the theatrical trailer, and a good essay (by Kirgo), which also discusses the film as a noir, round out a very solid supplements package.