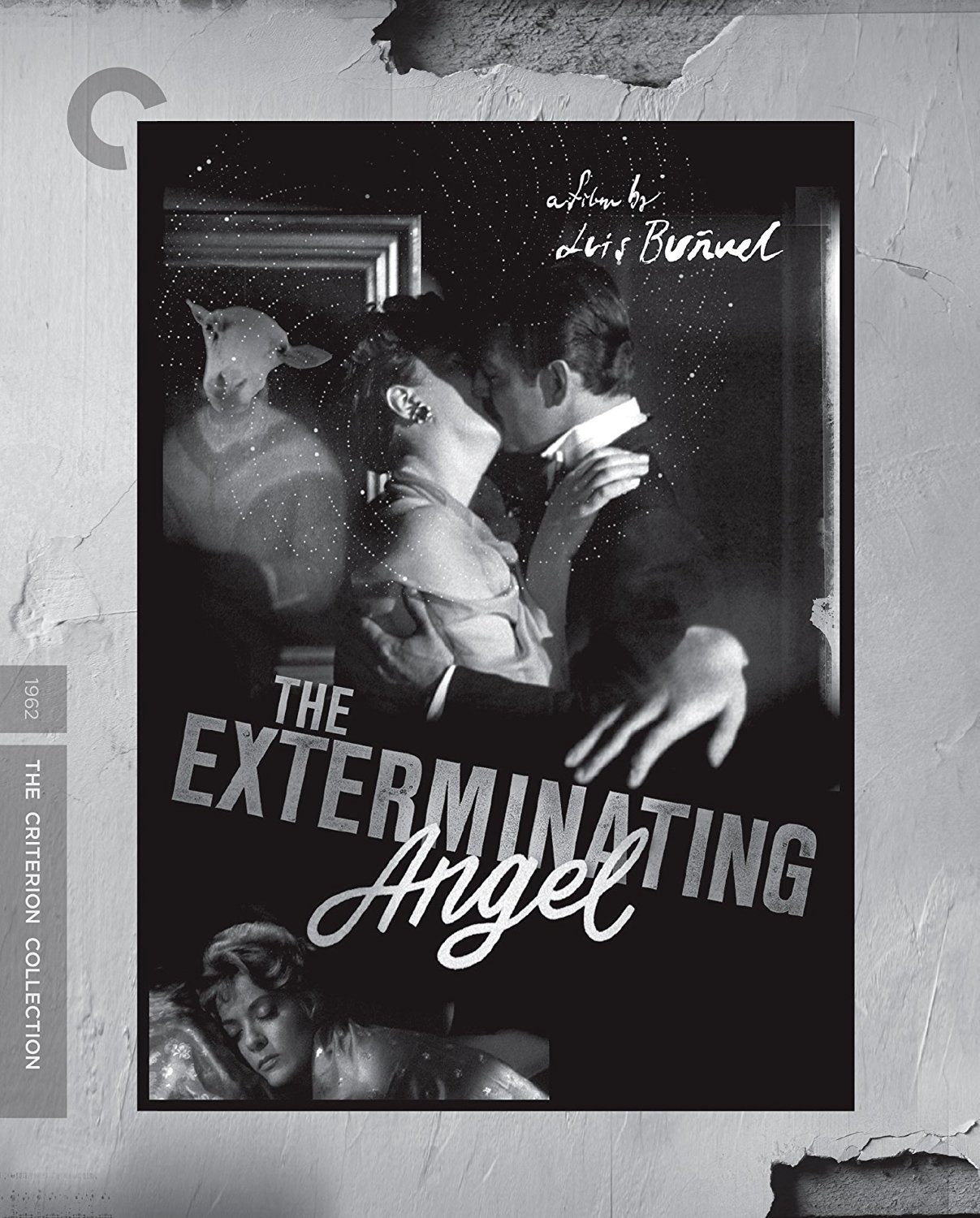 Compared to the more episodic, formally loose surrealism of Luis Buñuel’s earlier work, The Exterminating Angel is almost austere. The film’s narrative conceit, of a bourgeois party whose guests discover they can never leave, limits the action to a single location and forces the drama to play out in the snowballing changes in the characters’ relationships. Buñuel baits his satiric trap patiently, opening in the mansion of Edmundo Nóbile (Enrique Rambal) as servants prepare for their master’s soirée prior to ducking out en masse before the aristocrats arrive. Edmundo barely notes the absence of the servants, other than to keep tabs on who to fire and replace later. The upper-class characters’ dependence on the servants is quickly reflected in their baffling, metaphysical inability to leave the parlor where they gather.

Even before things go terribly awry, the dinner party illustrates the inherent conflicts among the guests. Seated at a gigantic table, the attendees split into clusters, each group gossiping about the others. This nascent tribalism explodes when no one can leave, and an entire system of decorum collapses in snowballing fashion. It starts slowly, with Edmundo and his wife, Lucía (Lucy Gallardo), scandalized that their sweat-soaked guests would take off their jackets in violation of the usual social dress codes, but the breakdown of order increases rapidly, from guests using expensive vases as chamber pots to full-on demolition as some of the more panicked individuals hack through a wall to access a water pipe. An old guest dies and is quickly shut in one cupboard, and later, a couple offs themselves in another. The frame, initially composed in elegant master shots, gives way to tighter, more claustrophobic compositions, and the film’s editing becomes more jagged.

Buñuel indulges his more abstract side in a series of hallucinations that the guests suffer. A cello bow becomes a saw, while a hand skitters along the floor. The filmmaker’s symbolism is anything but subtle, particularly in the invocation of sheep as fodder for both the voracious bourgeois guests and, in the last scene, a church that offers no respite for the civil unrest that erupts outside. Buñuel’s blackly comic The Exterminating Angel depicts a society so in thrall to its power structures that revolution can only come about through supernatural means. Only when the world becomes a trap can anyone see the cage, and it’s no wonder that the final shot retreats from revolt into one of those ensnaring spaces for safety.

The Criterion Collection’s high-definition transfer marks an expected improvement over the studio’s 2009 DVD release, but the lack of a full restoration is glaring in places. Numerous instances of damage are endemic to the source print, such as faint lines and scratches. Textures are soft and occasionally flat, though contrast levels are stable and the film’s medium-gray palette remains consistent throughout. Overall, it’s a strong transfer for a disc prepared from an older source. Audio levels are soft but clear, with dialogue dominating the film’s first half and the rising sounds of pandemonium as the group of people at the center of the story descends into chaos in the second half. Both aspects of the soundtrack are well balanced.

A feature-length documentary, “The Last Script: Remembering Luis Buñuel,” examines Buñuel’s peripatetic life with the help of his eldest son, Juan Luis, as well as the filmmaker’s recurring screenwriting collaborator, Jean-Claude Carrière. The two visit many of the locations where Buñuel lived and filmed, and the breadth of their physical journey mirrors the vast artistic terrain the director traveled. Less essential are two brief interviews, one with actress Silvia Pinal about her work with Buñuel, another with Mexican director Arturo Ripstein on the influence of Buñuel’s work on Mexican cinema. There’s also a booklet with an essay by Marsha Kinder that places the film within the context of Buñuel’s early work, as well as excerpts of interviews with the filmmaker conducted between 1975 and 1977.

Luis Buñuel’s satiric masterpiece ushered in the director’s mature period, and Criterion’s solid Blu-ray ably preserves its cold beauty, though the film could do with a proper restoration.

Blu-ray Review: Lone Wolf and Cub on the Criterion Collection