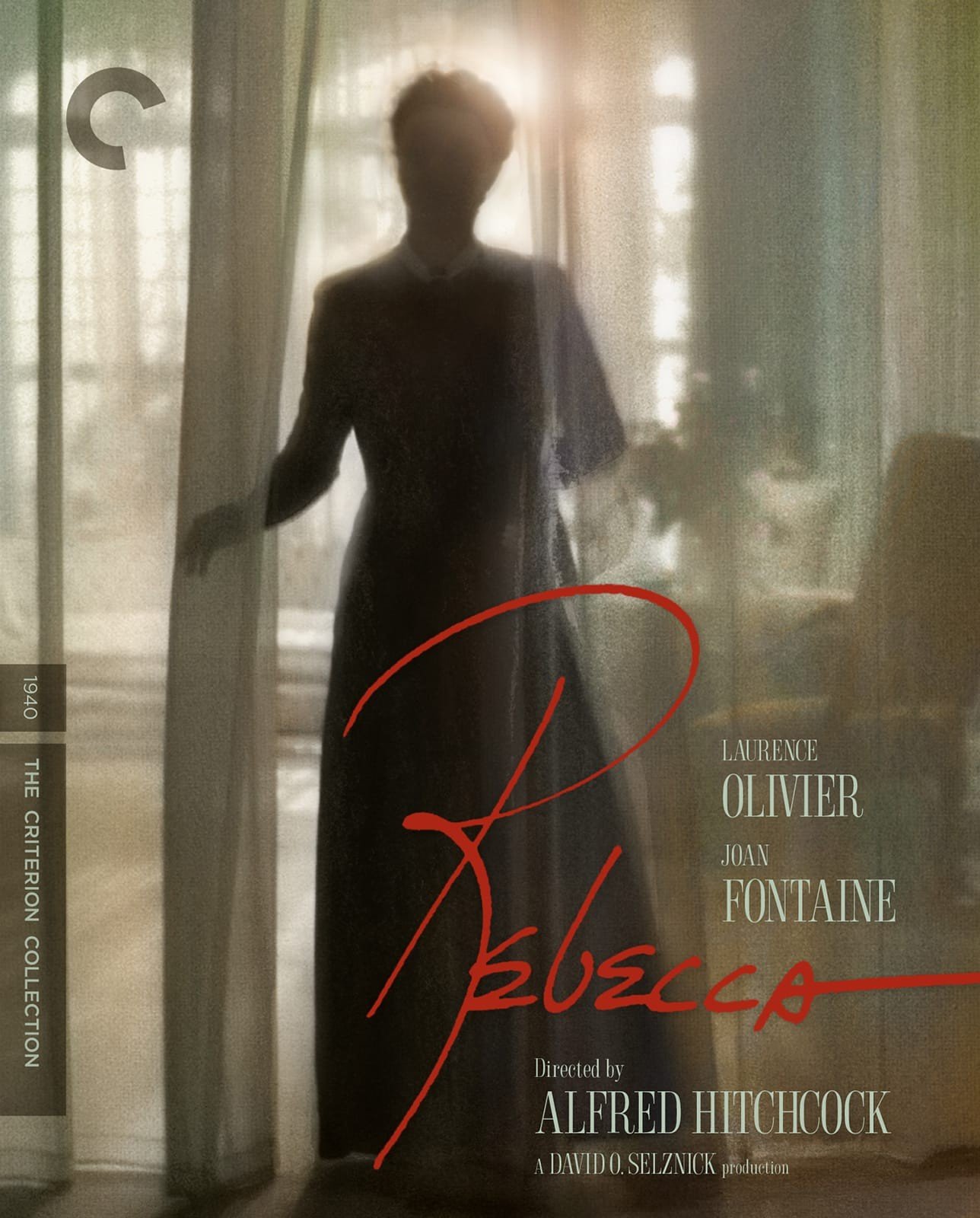 Alfred Hitchcock’s Rebecca is cloaked in a respectability for which it’s yet to be entirely forgiven. Astonishingly, it’s the only Hitchcock film to win the Academy Award for best picture, and it’s the first of the filmmaker’s collaborations with producer David O. Selznick, who insisted that Hitchcock follow Daphne du Maurier’s novel rather than more characteristically rebuilding the narrative for cinema. As underrated Hitchcock films go, it’s more glamorous for acolytes to defend Marnie and Frenzy—nasty and brilliant works that appeal mostly to true believers. After all, anyone can enjoy a classic studio-style gothic with Laurence Olivier and Joan Fontaine.

Yet Rebecca is riddled with dizzying layers of neurosis that are intensified by its very polish. The film taught Hitchcock a key lesson in dissonance and contrast, as the Selznick-ian glamour of the sets and actors heightens our awareness of what’s not being directly mentioned: the erotic suppression that drives the narrative. In his early British thrillers, Hitchcock used German expressionist tricks to conjure notions of evil and dread. After Rebecca, Hitchcock would infuse such dread in bourgeoisie comedies of manners, occasionally springing formalist tricks to highlight key emotional shifts; in this fashion, his later films are similar to those of Douglas Sirk and Nicholas Ray.

Rebecca concerns a dead woman who steals the spotlight from those left in her wake. Rebecca’s said to have drowned at sea, leaving her wealthy husband, Maxim de Winter (Olivier), adrift, aloof, and salving his presumed heartbreak at Monte Carlo. He’s a scion of a celebrity family and the head of Manderley, a Cornwall estate that’s mentioned in the novel’s classic opening line, which is awkwardly reprised here in voiceover. When Maxim meets the woman who’s to be the second Mrs. de Winter (Fontaine), she’s working as a paid companion to Mrs. Van Hopper (Florence Bates), a classic Hitchcockian matriarch who’s blinded by her snobbishness. It’s unimaginable to Van Hopper that Maxim would be interested in her beautiful companion.

Thus begins one of Rebecca’s most startling dissonances. When one considers words such as “plain” and “uncouth,” an image of Joan Fontaine doesn’t spring to mind. Gorgeous and elegant even when playing inelegance, Fontaine is an icon playing a character who’s held in contempt by the people of Manderley for violating rules that they can’t be bothered to explain. Only in such a rarefied and diseased realm could someone like a Fontaine character be deemed inadequate. This young woman’s most cardinal sin is that she isn’t the unseen Rebecca, who still haunts the estate with comic obviousness, a huge “R” adorning pillowcases and stationary, with sexual totems popping up everywhere the second Mrs. de Winter turns.

The new Mrs. de Winter faces a problem that’s familiar to women in Hitchcock’s cinema, as she’s driven to a frenzy trying to please a merciless patriarchy that’s enabled by women as well as men. There are anticipations of Vertigo and Marnie in Maxim’s relationship with his young bride, as he’s a controlling male who alternates between playing the role of abusive father and bored lover. At least the men of the later Hitchcock films knew what they wanted—a woman of their dreams, about which they were quite specific—while Maxim lashes out at his new wife for seemingly minor indiscretions, insisting that she must never grow up to become a calculating society woman, such as his sister, Beatrice (Gladys Cooper). Though Maxim also wants his wife to assume power over the domestic realms of Manderley, which are wielded by the housekeeper, Mrs. Danvers (Judith Anderson), who moves with the hushed and surreal purpose of a phantom and retrospectively suggests a corporeal embodiment of Psycho’s Mrs. Bates, particularly in silhouette.

Much of Rebecca is devoted to the psychological torture of the second Mrs. de Winter, anticipating Gaslight and other films that would follow. Here, Hitchcock began to refine his subjective camerawork, evoking the act of thinking through space. The second Mrs. de Winter, a nameless void denied any identity apart from the people who own her, strolls through Manderley and attempts to parse the secrets of the revered Rebecca and her passive-aggressive husband.

As in Psycho, the rooms in Rebecca symbolize psychological states. When the current Mrs. de Winter enters Rebecca’s west wing chamber, Hitchcock follows her in lush tracking shots that suggest a rewinding of time, with objects—a picture of Maxim, a brush, a robe—connoting a past life as well as the ongoing presence of a specter. This sense of unnatural, ever-present past-ness is rank and overwhelming, suggesting the fruit cellar of Psycho, which represented, per Robin Wood, the true heart and mind of Norman Bates.

Rebecca’s perversity reaches its zenith when Mrs. Danvers guides Mrs. de Winter toward Rebecca’s bed and fondles the dead socialite’s lingerie. The actors’ movements and the compression of the compositions cause us to feel as if we’re witnessing an obscene sexual act, an example of figurative necrophilia that once again anticipates Psycho and Vertigo. This bedroom is the “face” of Rebecca the public figure, and it’s contrasted with a shack by the ocean, where her heart’s private hungers were sated.

Manderley is a hall of mirrors of sexual resentment and taboo carnality, though if Rebecca lacks the hothouse intensity of Hitchcock’s later masterworks it’s because there are so many demons for Mrs. de Winter to uncover, binding the film up in gothic claptrap. Mrs. Danvers and her thwarted desire are clearly the central life forces of Manderley. Yet the film must also sort out a murder mystery (neutered by the production code) and a variety of other characters with secrets, most memorably Rebecca’s cousin, Jack (George Sanders), who speaks and moves with a smug and velvety insinuation that only Sanders can muster. Films such as Vertigo, Psycho, and Marnie refract their obsessions through a central triangle or rectangle, though Rebecca never achieves that focus. However, the film remains a key illustration of Hitchcock’s gift for fashioning emotional architecture. Every room in Manderley thrums with menace and longing that’s baked into bric-a-brac that tells many tales. It’s a pivotal work in the evolution of an artist’s poetry of sickness.

This image boasts blacks that are a model of rich clarity, especially the shadows that suggest Rebecca’s ongoing presence despite her death. Textural detail is immaculate, bringing to newfound life the objects that populate the sets while heightening the impeccable soft lighting of the actors’ faces. This pristine image also underlines certain gaffes, such as the occasional shrillness of the whites and the obviousness of certain process shots, though these “flaws” are likely intentional and contribute to a highly subjective sense of suspended reality. The monaural soundtrack is impeccable, particularly its luscious rendering of Franz Waxman’s otherworldly score, which features an aluminum hum that recalls the soundtracks of 1950s sci-fi and horror films like Carnival of Souls. This transfer revitalizes Rebecca, further underlining just how well its fantastical sense of gothic cruelty has aged.

A new conversation between film critic and author Molly Haskell and scholar Patricia White focuses on Rebecca from a feminist perspective. They discuss Alfred Hitchcock and David O. Selznick’s complicated relationships with women, resisting binary notions of misogyny and progressiveness. And a new interview with film historian Craig Barron concentrates on the subtlety of the film’s visual effects, such as a use of a process screen to black out a background setting, enveloping Joan Fontaine’s character in a foreground spotlight to visualize her discerning of key information.

The meat of this supplements package, though, is archival: A vast collection of vintage material covers Rebecca’s production, documenting Selznick and Hitchcock’s famously prickly collaboration, their approach to adapting Daphne du Maurier’s novel, casting, and use of camera and sets. An audio commentary from 1990 with film scholar Leonard J. Leff exhaustively discusses the film’s symbolism, including its prodigious use of doubles to express sexual tension. Most fascinating to this Hitchcock devotee are the screen tests for Fontaine as well as for Vivian Leigh, Margaret Sullavan, Anne Baxter, and Loretta Young. Many of these actresses, while extraordinary, simply don’t project the self-effacement that Hitchcock sought. Fontaine’s screen test is also revealing for suggesting what she brought to the role before Hitchcock coached her; as the director has claimed, Fontaine initially overplayed the shyness of the role, though that overplaying reveals a vulnerability that’s perfect for the film.

Odds and ends, including a 2007 making-of featurette and interviews with Fontaine and Judith Anderson, offer overlapping stories of the film’s various collaborators. An interview with Hitchcock, shot for NBC’s Tomorrow in 1975, reminds one of the filmmaker’s own performative gifts as he fans the flames of his own legend while perhaps truthfully appearing to reveal hints of vulnerability. “Daphne du Maurier: In the Footsteps of Rebecca” is a 2016 French television documentary that captures the supernatural obsessiveness of the author’s writing. Three radio versions of Rebecca, from 1958, 1941, and 1950, including Orson Welles’s adaptation of the novel for the Mercury Theatre, are also included, highlighting the clear influence that Rebecca would have over Citizen Kane. A re-release theatrical trailer and a booklet, which includes an essay by critic and Selznick biographer David Thomson and selected Selznick correspondence, round out a superlative package that, if one must carp, would benefit from more new material.

A superlative restoration of a key film in Alfred Hitchcock’s evolution as a master explorer of sexual neuroses.