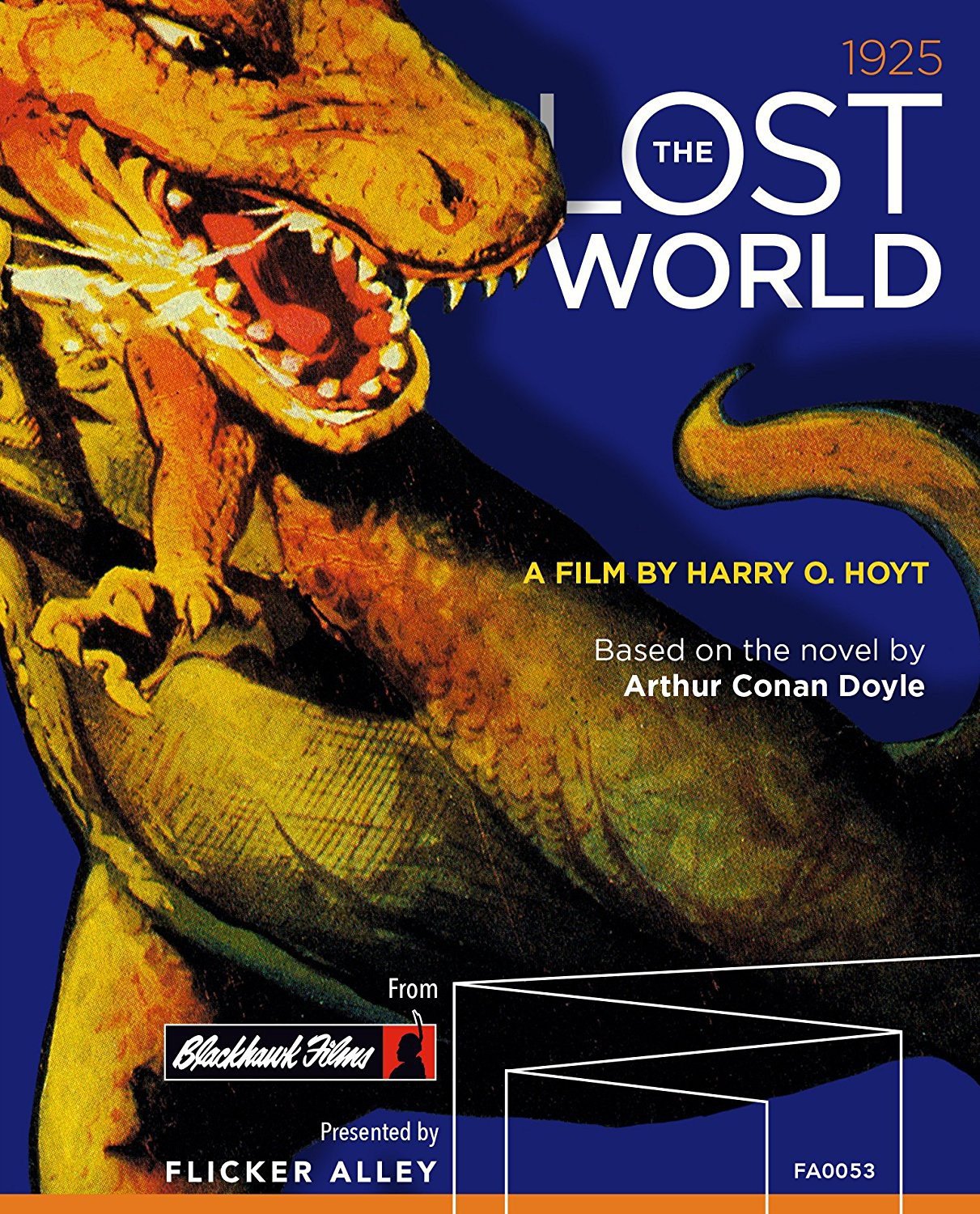 Flicker Alley’s reconstruction and restoration of Harry O. Hoyt’s The Lost World is remarkable in no small part for making explicit how the 1925 film’s story beats inform those of 1933’s King Kong. Though King Kong has prevailed as the crown jewel of special-effects cinema from the early part of the 20th century, The Lost World definitively and strikingly reveals that directors Meriam C. Cooper and Ernest B. Schoedsack weren’t so much inventing a form with King Kong as trying to perfect it, with special-effects supervisor Willis H. O’Brien being the primary connection between the two films.

The Lost World reinforces the archetypes of the Sir Arthur Conan Doyle novel upon which it’s based by conceiving of London reporter Edward Malone (Lloyd Hughes) as a man of letters hoping to become a man of courage. In fact, the screenplay hinges the second-act expedition into the jungles of Venezuela on Malone’s prior inability to demonstrate his manliness to his girlfriend, Gladys (Alma Bennett). She taunts him, and refuses his hand in marriage until he provides evidence of his brawn. His solution, in conjunction with Paula White (Bessie Love), whose explorer father is trapped in Venezuela, is to have his newspaper fund an expedition to prove the continued existence of dinosaurs.

Hoyt stages dialogue scenes as a series of static shots that largely convey the terms of the story’s premise; a case cannot be made for the camerawork in The Lost World as anything but perfunctory. The filmmaker functions, rather, as an adroit facilitator of action between characters. Professor Challenger (Wallace Beery), who believes that dinosaurs still exist, is won over to the expedition party by Malone but only after he chases him from a preceding academic convention. Challenger, who’s prone to threatening violence against reporters who distrust his claims, is played by Beery as a rambunctious but communal man of science; the lineage from him to Richard Attenborough’s calmer yet still fiery industrialist in Jurassic Park is quite clear.

The sequences on and around a Venezuelan plateau push O’Brien’s revolutionary stop-motion artistry to the fore, as dinosaurs and prehistoric creatures of all kinds wage battle primarily against one another. In fact, the human characters have little to do except stay out of harm’s way; as Challenger explains at one point, a brontosaurus is harmless, “unless it happens to step on us.” Alternating between sheer spectacle and one-liner comedy, the film refrains from the more tragic and allegorical tone and conclusion offered in King Kong eight years later.

The Lost World’s status as a template for later adventure epics is made certain by its third act, in which a dinosaur is lugged from Venezuela to London for display, only to break free and end up wreaking havoc on the streets. It’s here, even more than in the jungle sequences, that O’Brien’s effects are most iconic, as London’s landmarks are trampled amid the chaos. Hoyt’s use of tinting bathes the city in a cold blue, and while the choice is by no means unique for depicting nighttime during the silent era, it’s effective as the tail end of more creative uses of color throughout the adventure sequences. While the film’s human element merely confirms the presumptions of its hero narrative for Malone, the sci-fi dimensions deserve to be properly historicized, and (re)discovered, by anyone who holds King Kong, or any more recent popular film about an expedition for that matter, in high esteem.

Given that The Lost World was itself a lost film until its restoration from various prints and sources in 2016, fans and historians alike will find themselves bowled over by the clarity of the image and impressive level of detail on display throughout this restoration. The image is stable and focus is evenly distributed throughout the film’s frames, which are often blanketed in shimmering pools of color. There are, unfortunately, a number of scratches that crop up on frames now and again, but they appear to have been minimized as much as possible without compromising the original image. In fact, these problems mostly occur during the first reel and disappear once the dinosaurs arrive. Robert Israel’s score, performed by the Robert Israel Orchestra in 2016, is a booming and delightful accompaniment to the film, and strikes an appropriate middle ground between peppy and ominous.

Boasting an audio commentary, three short films, an image gallery, and deleted scenes, this Blu-ray has given the film and its contexts a great deal of respect. Film historian Nicolas Ciccone provides a comprehensive account of the film’s origins, calling it “a milestone in special effects.” Ciccone explains nearly each actor’s background when he or she appears on screen and also comments on the politics of the film’s representations, most notably the decision to have Zambo, a native servant of a professor, be played by a white actor, Jules Cowes, in blackface. Ciccone keeps a compelling pace and only seldom slips into merely describing what’s on screen. The shorts, all directed by Willis H. O’Brien, are fascinating pieces showcasing earlier prototypes of his stop-motion effects. R.F.D., 10,000 B.C., from 1917, is particularly striking for its resemblance to the subsequent work of Jan Svankmajer. The 2K restoration of 1918’s The Ghost of Slumber Mountain more closely resembles O’Brien’s work in The Lost World. Finally, an image gallery and several deleted scenes complete the collection’s insightful array of supplements.

With its superb audio and visuals and plethora of extras, Flicker Alley’s Blu-ray of The Lost World reveals the film as an essential origin point for historicizing the trajectory of effects-driven cinema. It’s one of the year’s most exciting home-video discoveries.