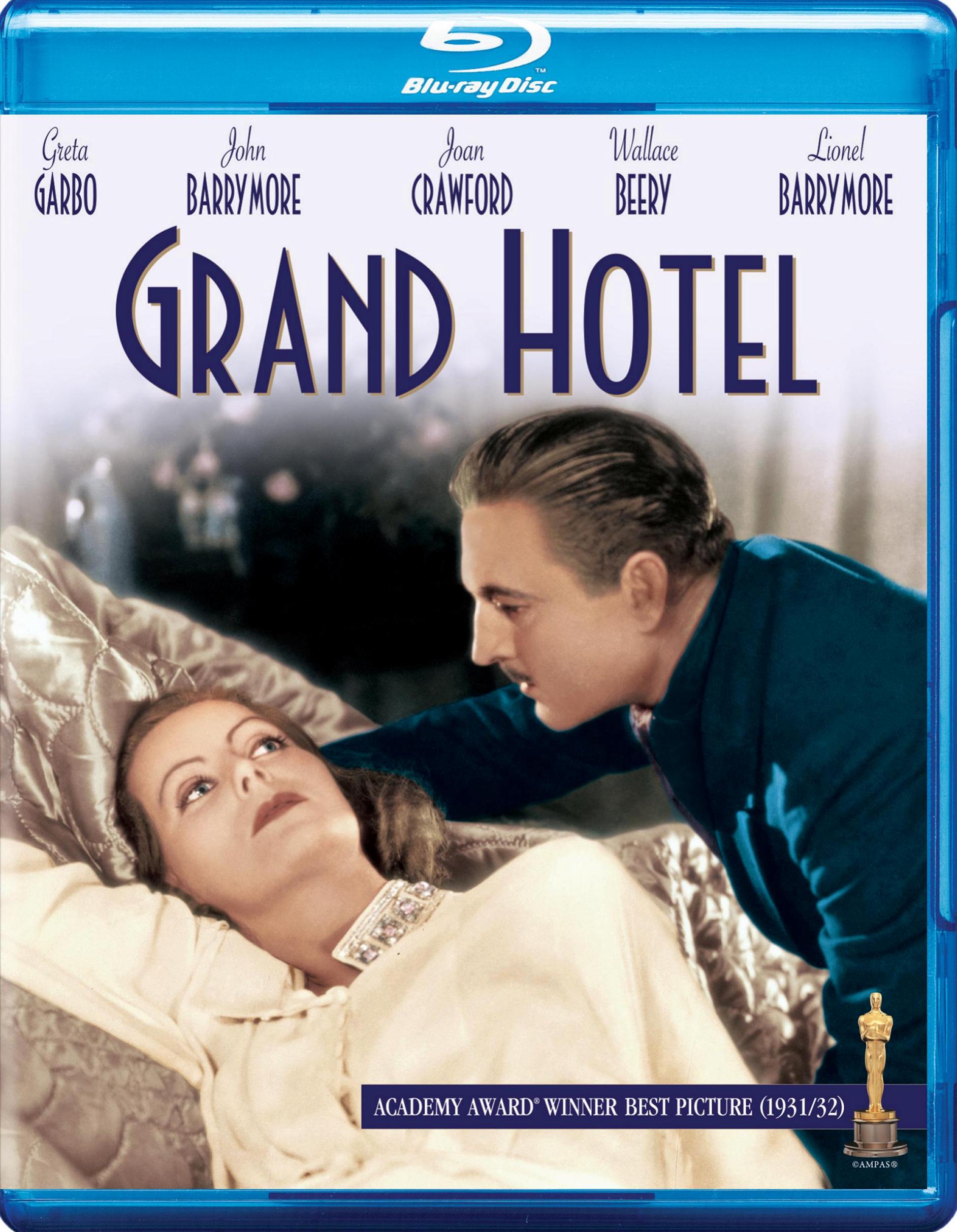 Why make a film with both John and Lionel Barrymore, to say nothing of Greta Garbo and Joan Crawford, when you could make two films separately with each of them and, presumably, make double your money? This was the company line that Irving Thalberg found himself at odds with when he decided to cast all four (and more) in his adaptation of William A. Drake’s Broadway smash Grand Hotel. Thalberg’s revelation was one of decadence, allowing the audience to luxuriate in those monumental visages all at once, but the film only works because director Edmund Goulding gives his spaces the same power and art-deco glamour as his performers. Garbo and Crawford are patiently unveiled, as they should be, but the director frontloads the film with his male stars and their various plotlines in immediate and immediately engaging montage, only to further introduce the pulp of the film’s expertly weaved narrative with a bravura lobby sequence that makes stunning use of overhead crane shooting by famed DP William H. Daniels.

In terms of the film’s cast, however, one could argue that any one of the film’s principle actors owns the film, but its pounding heart resides with Lionel Barrymore’s Kringelein, who’s decided to blow his life savings in Berlin before kicking the proverbial bucket, due to some ill-defined terminal disease. A hapless workaday bookkeeper, Kringelein has all the character of a soggy saltine when he’s introduced, but luckily makes quick friends with the Baron, a broke thief, played by John Barrymore. The Baron is chiefly a seducer, able to sweep Crawford’s Flaemmchen, a stenographer, right off her feet within minutes, even as she must suffer the come-ons of her—and, coincidentally, Kringlelein’s—employer, Preysing (Wallace Beery), a tycoon dangling off the cliff of fiscal ruin.

While seemingly redefining, or simply rebuking, the concept of casting efficiency, the film is a paradigm of studio-minded scripting, courtesy of Drake and Béla Balázs. Just as the Baron seems to be content to go thieving and flirting with Flaemmchen, he falls head over heels for Grusinskaya (Garbo), the great ballerina who he was scheduled to burgle. Contrastingly, Preysing quickly goes from being a bullish yet empathetic businessman trying to save his company to a scheming tyrant capable of blatantly lying to investors, stepping out on his wife, and, ultimately, murder. Indeed, money is seen as both corrupter and liberator in Grand Hotel, its powerful potential dependent on how it’s holder utilizes it and comes by it, making Kringelein, who has saved from working and spreads his wealth around, the film’s obvious hero.

Still, even Kringelein’s dependency on money borders, at least in one particular sequence, on the hysterical, and the one person seemingly above money, Grusinskaya, is so crippled by isolation and loneliness that she refuses to get on stage, until the Baron shows up. Grand Hotel could make for easy allegory, a metaphor for the flagrant excesses of Hollywood that at once buy everything and secure nothing, but it works primarily—and very well—as a grandiose entertainment complicated by unforgiving themes of loss, greed, grief, vanity, mortality, and morality or, often enough, the severe lack thereof. Bestowed with the Best Picture Oscar for 1932, the film has gone onto influence countless major entertainments while also presaging many of the more beguiling and brilliant works of Neil Simon and the late Robert Altman. Presently, however, it’s structural DNA can be found in such utterly cynical and soulless dreck as New Year’s Eve and Valentine’s Day. Whereas Altman took a step further in depicting the complexities of human connection, both tangible and otherwise, Garry Marshall’s recent line of shrill rom-coms performs hara-kiri on all that makes Grand Hotel so, well, grand: the stinging, melancholic reality that neither money nor love ultimately hold any real sway over the radiating lastingness of life’s enduring heartache.

More times than not, Warner Home Video takes the Blu-ray transfer of its past hits nearly as serious as its recent ones, and Grand Hotel is no exception to this rule. The physical details and textures of the actors, their wardrobe, and the settings are presented with noticeably advanced clarity from both past DVD releases of the film. The source print is pristine, and the black levels are nice and inky, with the gray tones beautifully differentiated. There’s also very little evidence of digital manipulation. The audio, however, lands more on the side of serviceable than impressive, as a steady hiss remains in the mix throughout the film. Regardless, the dialogue is clear and crisp, and the music, including pieces by Strauss and Rachmaninoff, sounds surprisingly full in the mix from beginning to end.

Like the film, Jeffrey Vance and Mark A. Viera’s commentary offers a heady dichotomy that remains consistently engaging and informative. Vieira focuses more on Irving Thalberg’s involvement, the technical side of the film, and Edmund Goulding, while Vance focuses more on Greta Garbo’s involvement and the actors in general. The commentary offers an endless line of facts and stories about Thalberg’s early thoughts for the film, the production, the careers of the performers, Goulding’s touch, reshoots, and the technical bravura of the film. The making-of documentary merely repeats various facts from the commentary, but at least has some nice stills and visuals. The newsreel footage of the film’s premiere is fun enough, but Nothing Ever Happens, a short musical take-off on Grand Hotel made in 1933, is utterly forgettable. Trailers and a vintage theater announcement are also included.

Review: Alfred Hitchcock’s The Man Who Knew Too Much on Criterion Blu-ray