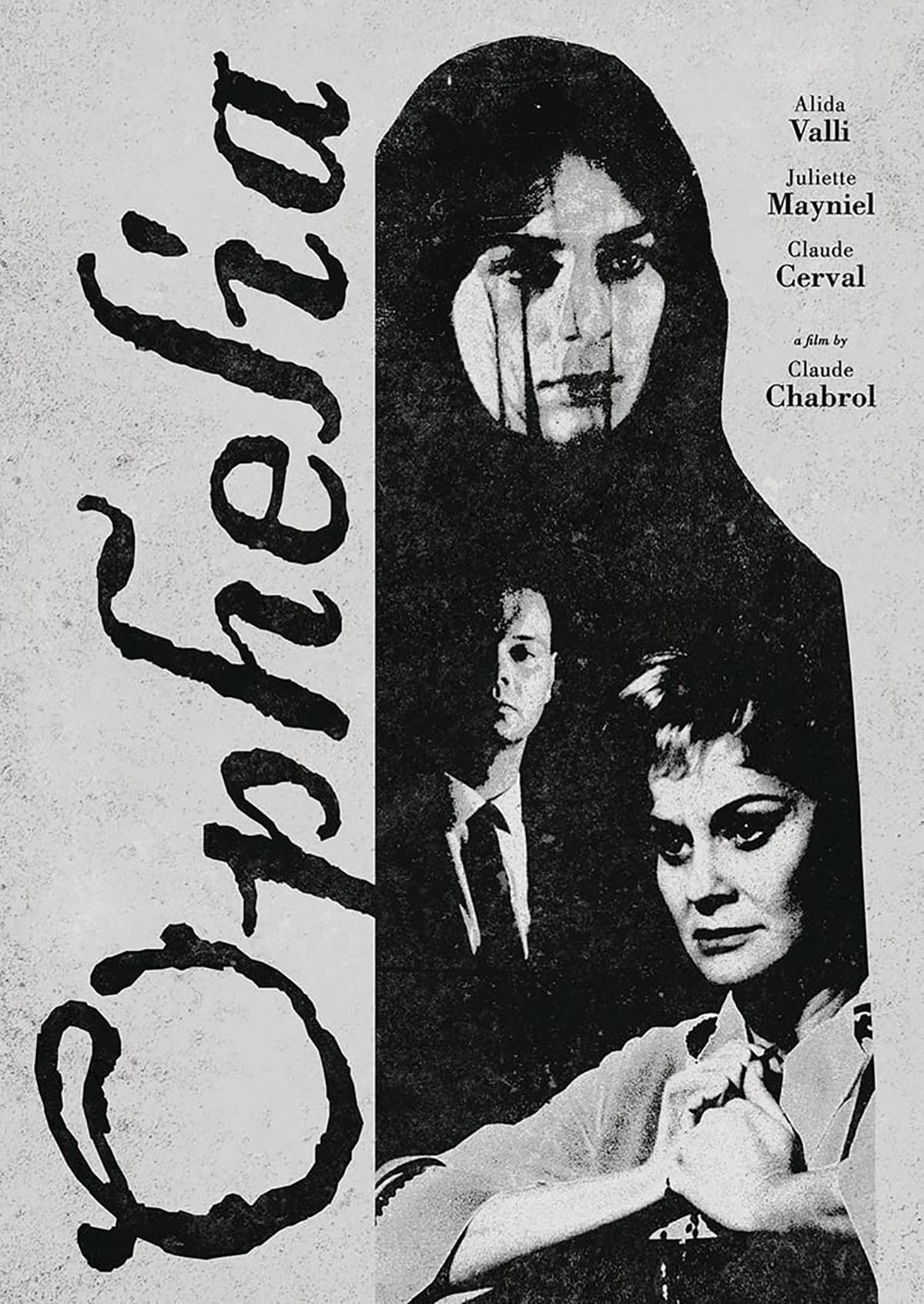 Like Akira Kurosawa’s The Bad Sleep Well, Claude Chabrol’s Ophelia finds a resonant contemporary backdrop against which to stage an updating of Hamlet, William Shakespeare’s pensive paean to parricide. As it happens, both are firmly ensconced in the milieu of late-industrial capitalism: Kurosawa’s film unfolds within the ranks of a construction corporation riddled with corruption, while Chabrol and co-writer Paul Gégauff set theirs almost entirely within the walls of a compound that belongs to the Lesurfs, a family of factory owners who’ve recently undergone an untimely changing of the patriarchal guard. In the film’s opening moments, Chabrol happens on a clever visual correlative to the famous line about funeral meats coldly furnishing marriage tables: His camera follows the funeral procession into the Lesurf manor until massive double doors clang shut upon it, and then (after the credits) precedes the wedding party as they promenade back out onto the grounds.

Despondent son Yvan (André Jocelyn) wanders the estate, listlessly reciting snatches of avant-garde poetry, and running afoul of the armed guardsmen led by scar-faced Sparkos (Jean-Louis Maury). At the local grog shop, factory workers discuss an ongoing strike, then proceed to mock Lesurf family relations when Yvan turns up to awkwardly woo barmaid Ginette (Liliane Dreyfus). Later he stumbles across a local cinema screening Laurence Olivier’s Hamlet, and thereby hits upon the idea of becoming a modern-day Hamlet himself, in order to more safely investigate his father’s sudden passing under the guise of feigned madness. But where would a prospective melancholy Dane be without his poor Ophelia? To this end, Yvan recruits Lucie (Juliette Mayniel), the daughter of the family’s pompous groundskeeper, Andre Lagrange (Robert Burnier), somewhat against her will.

While Kurosawa uses the source material as a Trojan horse to criticize his country’s corporate culture, Chabrol keeps politics at the periphery, limited mostly to the factory workers’ feckless grumblings, and Sparkos’s embrace of a barely suppressed fascism. His scenes actually seem to anticipate Luis Buñuel’s handling of the brutal groom Joseph in his adaptation of Octave Mirbeau’s Diary of a Chambermaid. In keeping with one of Chabrol’s abiding preoccupations, the emphasis in Ophelia is squarely on the almost geometrical dynamics of the nuclear family, even if his tone here largely lacks the sardonic bitterness of his later films.

Being a charter member of the movie-mad Nouvelle Vague, it’s hardly surprising that Chabrol chooses to have Yvan spring his trap on matriarch Claudia (Alida Valli) and uncle/ersatz father-figure Adrian (Claude Cerval) by making a silent-film version of The Mousetrap, Shakespeare’s playfully reflexive play-within-a-play. Yvan’s screening of the finished product is one of the film’s great set pieces. Chabrol takes great pleasure in slowly setting a mood of anticipation as members of several very different social classes assemble for the show, and even more delight in elegantly tracking the main characters through a series of gliding dolly shots. Even better are the audience’s bemused reactions as they file out—a moment where Chabrol the critic seems to shine through, commenting acerbically on the sorts of reactions his early films had received. The entire sequence ends with a psychologically astute high-angle shot from the stairwell as Claudia and Adrian march resolutely and wordlessly to their rooms.

As in Les Cousins, Chabrol and Gégauff relentlessly follow through on the unassailable logic of their scenario. Yvan’s cinema of cruelty has its anticipated consequence, as Adrian succumbs to his inescapable feelings of guilt. But Ophelia offers an unexpected (and ultimately despairing) twist of the knife: Adrian’s guilt isn’t over any specific act, apart from the socially forbidden love of his brother’s wife, and therefore his atonement is irremediably existential in nature. Yvan realizes too late the true state of affairs, and it shatters him too. In the end, Lucie can only offer her love to a broken man, and hope that some sort of sublunary redemption awaits them both. But that seems rather unlikely, given Claudia’s despondent summation: “We’re animals. Our souls rot before our bodies do.”

Only the French-language trailer—and, for whatever reason, sans subtitles.

Claude Chabrol’s ironic and elegiac take on Shakespeare’s Hamlet makes its Region A Blu-ray debut with a gorgeous transfer and little else.